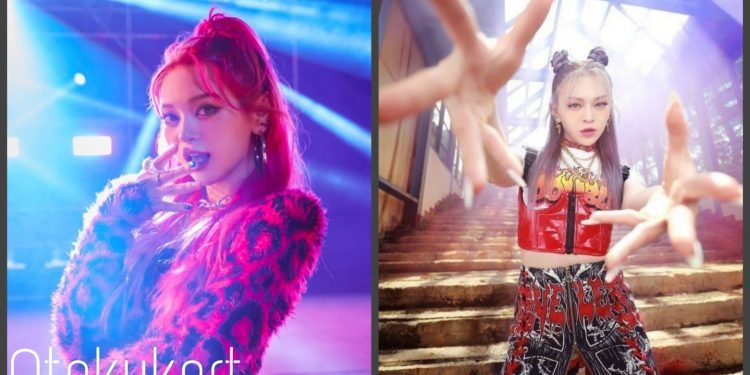 AleXa, the American K-pop idol, has revealed her comeback plans in January 2022. The “Global Super Rookie” revealed in her Vlive on 9th December that she has completed the recording and filming of the music video. AleXa even revealed the comeback date of 6th January next year.

“The comeback has been set for 6th January, and I’ve finished recording and filming the music video. I’m excited to think of meeting A.I Troopers soon. It’s a really cool album, so please look forward to it.”

A.I Troopers is what she calls her fans. This would be AleXa’s comeback after five months. Her last comeback with “ReviveR,” her second single album, took place in June. This new comeback in January would be her first after that. She won the “2021 AAA Potential Award” at the 2021 Asian Artist Awards. AleXa’s news of her comeback was received by fans with a lot of excitement.

Overall, we’re very excited to see AleXa on screen again. She has gained a lot of attention from the newer generation fans with her AI-based concepts and futuristic themes. Almost all of her music videos are seen to be set in a distant time in the future with all the gizmo and glam that we see on screen. Her last track, titled “AI Troopers,” also had a very futuristic approach in it and only added to her very tech and AI-inspired identity. AleXa gained attention back in October because of the in-person fanmeet she held in the United States, which was the first one held by a K-Pop idol since the Covid-19 situation. A little later in November, AleXa became the first idol to hold a fan meet in the metaverse.

Alexandra Christine Schneiderman, better known by her stage name AleXa is a Korean-American K-pop Idol. Her dad is Russian, and her mom is Korean, and she was born in the United States. Before her debut as an idol, AleXa was a trainee for approximately two years and nine months. AleXa was a trainee on Produce 101 as well as Produce 48. During this time, she would go by the name of Alex Christine. AleXa has been dancing and singing since she was two years old. When she learned how to read and write, her dad taught her to write poems and prose, which would help her in writing lyrics years later as a K-pop idol.

AleXa has always wanted to be a K-Pop Idol. She discovered K-pop because of Super Junior and has been a fan ever since. AleXa stated once that her birth mother is actually Korean but was adopted by an American family. AleXa’s wish is to find her mother’s birth family for her and reunite them. AleXa is friends with many of the new generation K-pop idols. Before becoming a K-pop Idol, AleXa used to do cosplays on her Instagram account and had gained popularity because of that too. AleXa has a very diverse set of interests and achievements, making her well versed in a lot of fields.

AleXa had been a trainee for almost three years before her solo debut with “Bomb” in October 2019. She’s been on a few survival shows like ‘Produce 101’ and ‘Produce 48’. She’s said that if given a chance, she would want to participate in another survival show. AleXa had competed in the “Rising Legends” competition. This contest was put together by CUBE and Soompi as a survival show where a new K-pop Idol would be chosen to debut. In the first season of “Rising Legends, AleXa won in the dancer’s category. And when she participated in the second season of the show, she won first place in the overall category.

AleXa was a part of a mini-series on Viki Original alongside JREKML, who’s a Youtuber. The mini-series was called “Legendary: Making of a K-pop Star,” and it was a mini-life documentary of AleXa’s journey as an aspiring K-pop Idol. The show followed how she had to leave her hometown in Oklahoma and travel all the way to Seoul for her tran=ining and treatment as a K-pop Idol. AleXa is currently a co-host for the podcast “How Did I Get Here” alongside Jae of Day6. In this podcast, they talk about their lives on the internet and discuss ways in which they can better themselves in certain aspects of life.

“Welcome to HOW DID I GET HERE, where we live our best lives on the Internet and come out the other side knowing more but not feeling all that much smarter.” – the introductory message for AleXa’s and Jae’s podcast.

Lyborick vs Corps Commander Kallavan In Tower Of God Chapter 522

Will Young Eun Be Able To Make ‘SONO’ International In ‘Now, We’re Breaking Up’ Episode 12?