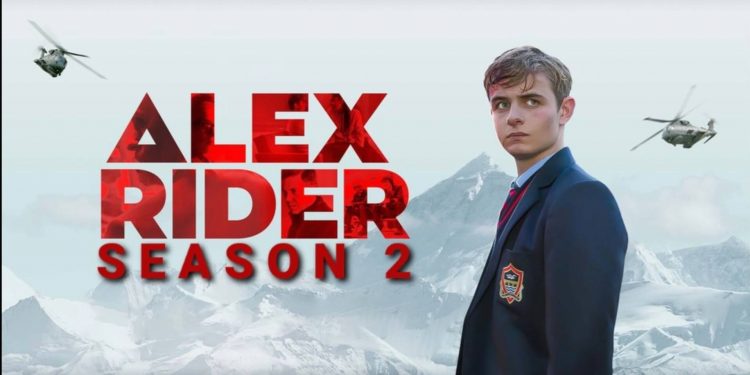 “Alex Rider” season 2 is almost here, we’re all hyped for the teenage spy’s new adventures. The last season saw the skilled spy carry out some incredible acts of espionage. However, the insanity that ensued after Alex decided to help MI6 uncover secrets about a mysterious academy took a heavy toll. After battling assassins, mad scientists, and his own clone, Alex has taken a break from all of that while he recovers from the whiplash. However, Alex’s farewell from the world of espionage will be very short-lived.

By the time season 1 came to an end, we already knew that Alex’s adventures have only just begun. With Yassen Gregorovich seemingly being the main antagonist for the series moving forward, season 2 of Alex Rider will also see our spy cut off from the resources and help from his MI6 colleagues. The official synopsis and the trailer reveal that Alex will deal with more of the similarly high-stakes and nail-biting action we saw in season 1. Let’s now delve into what the new season of the action series will entail. Spoilers ahead!

Will there be Alex Rider Season 2 — Renewal Status.

Yes, Alex Rider season 2 is going to hit streaming pretty soon. Season 1 was received quite well by the audiences and the critics alike. The success of the first season warranted a sequel, and it was eventually given the green light. November 10, 2020, saw the series getting officially renewed for season 2, with the book “Eagle Strike” being the basis for its adaptation. The filming for season 2 of Alex Rider was set to commence by late 2020. However, it came to a halt after the Covid-19 pandemic struck and got moved to 2021. The filming for season 2 started in February 2021. Spanning almost 22 weeks, the production for Alex Rider season 2 concluded in June 2021. The confirmation for the production wrap came directly from the author of the novel series Anthony Horowitz.

Season 2 of Alex Rider is set to release on December 3, 2021. The sophomore season is set to run for a total of eight episodes. Season 2 will be adapting the fourth book in the novel series, “Eagle Strike.” In season 2, Alex’s life of international espionage is far from over. Which is exactly what Alex has been dreading after the traumatic events of season 1. All that transpired at Point Blanc and with his friends and family, all Alex wishes for is to return to his normal life. However, he’s already in deep waters, and he can’t get out. The ending of season 1 made it clear that Yassen will be a major antagonistic force moving forward. Season 2 will see Yassen play an integral role in Alex’s story.

The official description for season 2 reveals that Alex will be drawn back into the world of international espionage, despite all his reluctance, after his new friend Sabina’s father, journalist Ed Pleasance, is attacked by Yassen Gregorovich. During his investigation, Alex discovers a link between Ed, a dangerous hacker known as Smoking Mirror, and tech billionaire Damian Cray. Meanwhile, he’s been cut loose from his one-time allies within shadowy MI6 division The Department. This means that Alex will be carrying out his espionage activities with the help of only his guardian Jack and best friend, Tom. Alex must unravel a sinister political plot with global repercussions, the answer to which may be locked within Cray’s latest product, a video game called Feathered Serpent, which has become quite a global phenomenon.

The Cast of Alex Rider Season 2

All the major surviving characters from season 1 are returning in the second one. Otto Farrant returns as the titular Alex Rider. Stephen Dillane is returning as Alan Blunt, the Director of the Department. Also reprising their roles from season 1 are Vicky McClure as Mrs. Jones, Brenock O’Connor as Tom Harris, Ronke Adékoluejo as Jack Starbright, and Marli Siu as Kyra. New additions to the cast in season 2 are Toby Stephens as Damian Cray, Rakie Ayola as Jo Byrne, and Charithra Chandran as Sabina Pleasance.

Season 1 of Alex Rider opens with the murder of a successful New York businessman Michael Roscoe. A Russian assassin by the name of Yassen Gregorovich is the one who kills the American businessman. Before his assassination, Roscoe was to meet the Department of Special Operations Director Alan Blunt. In London, a sharp and skilled student Alex Rider lives with his uncle and their American housekeeper Jack Starbright. His uncle, Ian Rider, leads a dual life — one as a banker and one as an undercover Department agent. The Department orders Ian to investigate the Roscoe murder, along with a Russian oligarch whose children went to a school called Point Blanc.

Ian goes about his investigation, however, his colleague and a Department agent, Martin Wilby, double-cross him. It turns out that Wilby is a double agent working for the same people that Gregorovich is working for. Yassen shoots Ian dead. Alex hears of the death, which, according to the authorities, is a result of a car accident. Alex isn’t satisfied and uses an app on his best friend Tom’s phone to track down Ian’s car. After discovering that Ian’s death was not a result of a car accident, Alex encounters Blunt and another Department agent Mrs. Jones. They are impressed by Alex’s skill and want to recruit him. Alex is not so keen on the offer. However, when the Department threatens to deport Jack and send Alex to a foster home, he joins the agency.

Alan and Mrs. Jones brief Alex on Ian’s death and who was behind it. Later, a man by the name of Geoffrey Daniels visits Alex in his school. He tries to coax information out of Alex regarding the department and his recent recruitment. Alex realizes that this is a test and doesn’t say a word. However, he soon becomes a victim of a kidnapping. A man named Wolf leads the group of kidnappers and asks Alex about Ian and Point Blanc. Alex doesn’t give him anything, for which he receives torture. Alex perseveres still, his mouth sewn shut (metaphorically). This also turns out to be a part of the Department’s training exercise. Alex is ready and willing to find out his uncle’s murderers and infiltrate Point Blanc. Meanwhile, Wilby briefs Yassen on the developments with MI6. Wilby himself is currently unaware of Alex’s recruitment as a spy.

Alex goes through a drastic makeover, assuming the identity of a spoiled brat coming from the wealthy Friends family. His fake name is Alex Friend, with new poise and candor that screams “wealthy douche”. To keep in touch with MI6, Alex has in possession a transmitter embedded inside an old MP3 player. In order to deceive Point Blanc’s Dean Eva Stellenbosch, Alex needs to spend a weekend at the Friends family mansion. Making it difficult for him to keep the facade up, however, is Fiona — the daughter of the Friend family. However, the department takes care of her, and Alex’s meeting with Eva is successful. Alex finally gets into Point Blanc. Meanwhile, Tom finds Alex’s dual lives struggling to make sense of. Alex tells Tom about what he’s up to. Upon learning of Alex’s espionage chronicles, Tom decides to make a YouTube documentary on Alex as a spy.

Alex’s foray into Point Blanc is quite smooth initially. He puts up the rich douche front rather successfully. Making constant fuss and engaging in delinquency, he creates a lot of chaos. Alex also makes some friends. James, Kyra, and Laura make up his immediate friend circle. There are two other characters, Sasha and Arrash, who we learned used to be in the friend group before. Now the two-act weirdly reserved and keep to themselves, separate from Kyra, James, and Laura. While Alex carries out his espionage at Point Blanc, the Department finds out that Martin’s story about Ian was false. They launch an investigation into him, tailing him and bugging him to catch him. They try to catch him when he goes to Jack’s home and fetches Alex’s photo.

However, before they could catch him, Yassen disposes of him. Back at Point Blanc, Laura is admitted to the infirmary after falling sick. Alex also passed out while brushing his teeth. Under a dazed consciousness, Alex sees he’s about to be operated on for something. The next day, Alex shares what he thinks was a dream to Kyra and James. Surprisingly, the two say they had the same dreams. When Laura returns, she sits with Sasha and Arrash. James says they must escape the academy before they meet a similar fate as Laura. Yassen’s investigation into Alex brings him face-to-face with him at Point Blanc by chance. Talehe trio tries to escape, but James is captured by Eva and taken to her office. Meanwhile, Roscoe’s son Parker appears, taking control of his media empire.

The ending of Alex Rider season 1 sees Alex and Kyra trying to find the truth about Point Blanc. Sneaking inside the academy’s second floor, they witness Eva killing the plastic surgeon Dr. Baxter. They also hear her saying that Kyra is next on her list. Kyra suggests escaping when James returns the next day, changed like Laura. However, Alex needs to investigate more. He goes to the basement and discovers that Director Dr. Greif is creating the students’ exact clones. Meanwhile, the original students have been imprisoned. The clones replace the original students and assume their characters and lives. We learn that Dr. Greif is creating clones to reshape the global order by having his clones control major industries.

Dr. Greif captures Alex, but he breaks free, along with Kyra. Eva pursues Alex, but he eventually manages to get rid of her, who dies in a blast. Alex then tells the Department about the clones, and with the help of Kyra, the imprisoned students are freed. The Department arrests all the impostor clones. Yassen kills Dr. Grief. The ending episode of Alex Rider season 1 opens with the clones being taken care of. Well, all except one.

Alex’s clone emerges and immediately starts causing a rift in his friendship with Tom. Alex tells the Department about a man with a scar. They immediately realize it to be Yassen, realizing that he survived his supposed death. We also learn that Yassen works for a terrorist organization called SCORPIA. They’ve returned and will be a major part of the story moving forward. The clone later kidnaps Tom at the prom and beats him up. Alex arrives, and we see the battle of the two Alexes. Tom jumps the clone Alex when no one else can identify the real ones from the fake. Tom roughs him up, and the Department arrests him. However, the clone breaks free and goes to kill Alex. That’s when Yassen shoots the clone down, saving Alex.