Alex Caruso Girlfriend: Who Is The Basketball Star Dating? 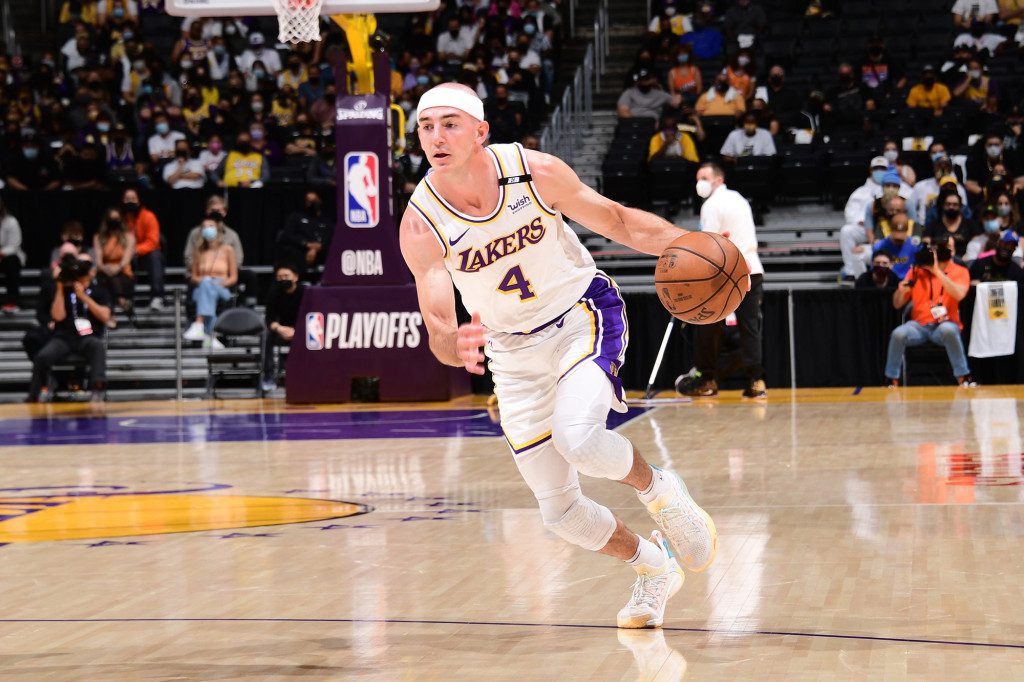 In today’s article, we will be discussing Alex Caruso and who is his girlfriend. Basketball is the second most popular sport in the United States after American Football. Many famous sports personalities have come to the limelight because of their hard work and success. Alex Caruso is an American professional basketball player who is currently playing in NBA. Like any other celebrity sports personality, Alex Caruso has a huge number of followers on social media platforms.

Alex Caruso started playing basketball at a very young age. He started his professional career in the year 2017 and is continuing to show his enthusiasm and his love for the sport. He plays in the position of point guard/ shooting guard. The 27-year-old basketball player has made him quite popular among sports fans after he signed his contract with Los Angeles Lakers. He wore the number four for the Lakers and won the NBA champions in 2020. With his passion and his sports career, he makes himself a role model among the young people who aspire to become basketball stars. To know more about Alex Caruso and his girlfriend, keep following the article.

Who Is Alex Caruso Dating?

Alex Caruso is currently dating Mia Amabile. They made their relationship public on Instagram after they were seen in a cozy picture together in Avalon, New Jersey. It’s still unknown that how the couple met and for how long they have known each other before they went public about their relationship.  Mia is also an aspiring Instagram Model from Los Angles. She has a huge number of followers on Instagram. She captioned “He’s a Jersey Shore boy,”, on one of their Instagram photos where they were standing in front of a gorgeous sunset.

There have been flirty comments from Alex under some of Mia’s Instagram posts. This gave everyone a hint that something was happening between them. It’s still quite astonishing that how they met as they belonged from two different professions. It seems that they are in love and they might go all the way for each other.

Alex Michael Caruso was born on February 28, 1994, in College Station, Texas, United States. His mother is Jackie Caruso, and his father is Mike Caruso. His father was a former basketball player who played for Creighton University. Alex also has two sisters, Megan Caruso and Emily Caruso. Caruso went to A&M Consolidated High School. He played basketball there and he also became the MVP of the district for his performance when he was a senior. After completing high school, Alex joined the Texas A&M Aggies.While studying over there he majored in sports management. Alex spent a lot of time as a ball boy for the Aggies. Later on, as a senior, he earned many honors for his exceptional performance.

After Alex went undrafted in the 2016 NBA draft, he joined the Philadelphia 76ers for the 2016 NBA Summer League. Later, in September 2016, he signed with the Oklahoma City Thunder but in November, he was taken by the Oklahoma City Blue. Caruso joined the Lakers for the 2017 NBA Summer League where led the Lakers to a victory in the first game. He became the first player to go directly from the D-League (now G League) to the NBA via a two-way contract. He also helped lead the Lakers to win the 2017 NBA Summer League Championship in Las Vegas. Caruso made his NBA debut on October 19, 2017, against the Los Angeles Clippers.

Caruso signed another contract with the Los Angeles Lakers after a successful season in the 2018 NBA Summer League. He also became the only Laker in that season other than LeBron James to record a 30+ point, 10+ rebound, and 5+ assist game in that season. Caruso scored 18 points with a career-high 11 assists in a home win over the Utah Jazz, in April 2019. Later on, in 2019 Caruso signed a two-year contract with the Lakers worth $5.5 million. He won his first NBA championship with them on October 11, 2020, defeating the Miami Heat in six games. In August 2021, Alex signed a $37 million contract with Chicago Bulls.

Before Mia, Alex dated Abby Brewer, who is from Scottsdale, Arizona. She is also an aspiring model. She gained huge popularity as she dated the former Lakers star. They dated each other in 2020 for a while and they seemed to mingle in perfectly.

Pierre Gasly Girlfriend: Who Is The French Racing Driver Dating In 2021?