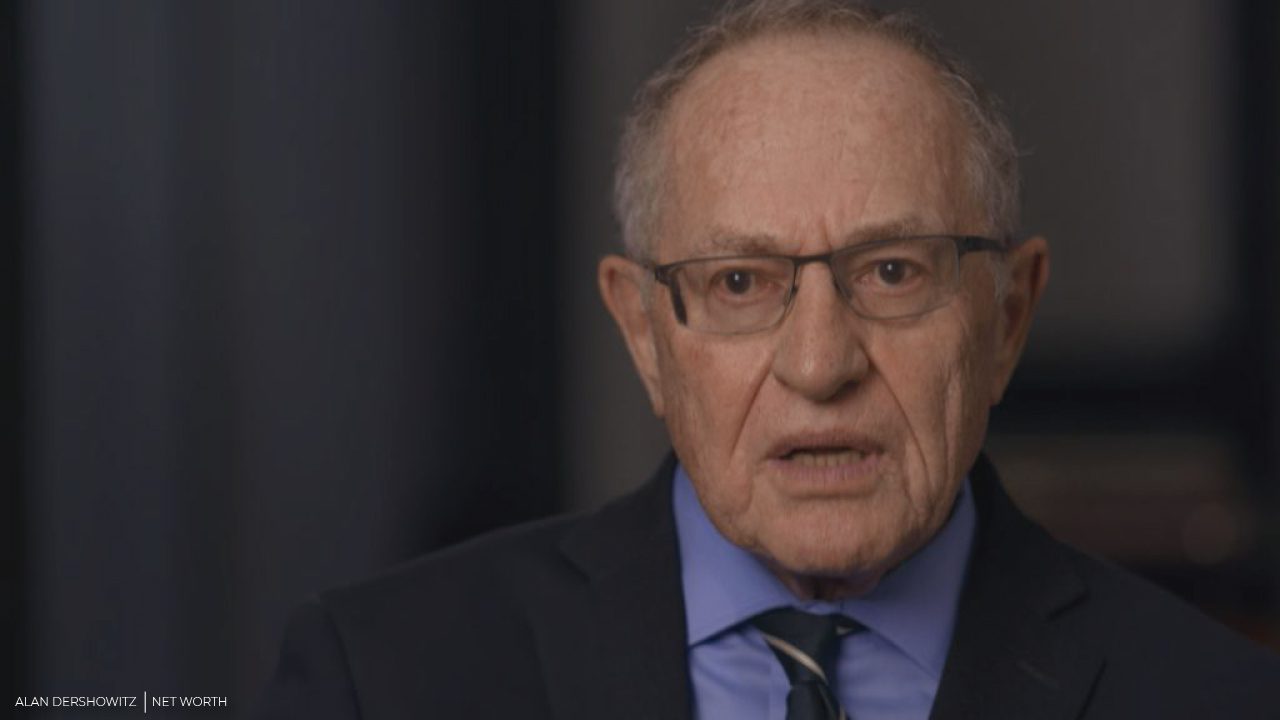 Alan Morton Dershowitz is a well-known lawyer from the US. He is prominent in the field of American constitutional law and criminal law. Alan is also a political commentator and jurist. Most of his career passed at the Harvard school of law from the year 1964 to 2013. At the age of 28, in 1967, he was appointed as a full-time professor and became the youngest professor in the history of Harvard. He gained the honorary Felix Frankfurter professorship of law in 1993. That was a huge milestone in his career. Alan also contributes a part of his time analyzing and commenting on politics-related topics and issues. Here we are about to talk about the most discussed question – What is Alan Dershowitz’ net worth and his career and personal life endeavors. Jump in on with us to know more.

Alan is known to work with many famous clients all through his career, the most recent one is Donald Trump, where Alan was on the team of defense lawyers against the impeachment charges filed on Trump and proceeded to the senate. We’ll get into it in a while. First, lets us know a bit about his back story and early life. Alan was born and brought up in Brooklyn in the Jewish area of Borough Park. He was born on September 1st, 1938, to an orthodox Jewish couple Claire and Harry Dershowitz. Alan’s father worked as a wholesale business dealer of blue jeans and was also a president of the Young Israel synagogue of Boro Park in the ’60s.

Alan is well-known as a commentator on the Arab–Israeli conflict and for his engagement in numerous high-profile court matters. He has defended several celebrities, including Mike Tyson, Patty Hearst, and Jim Bakker. He successfully won 13 of the 15 murder and attempted murder cases he has dealt with as a criminal appeal lawyer. His most well-known instances include his involvement in toppling the case of Claus von Bülow, who was convicted on account of murdering his wife in 1984. 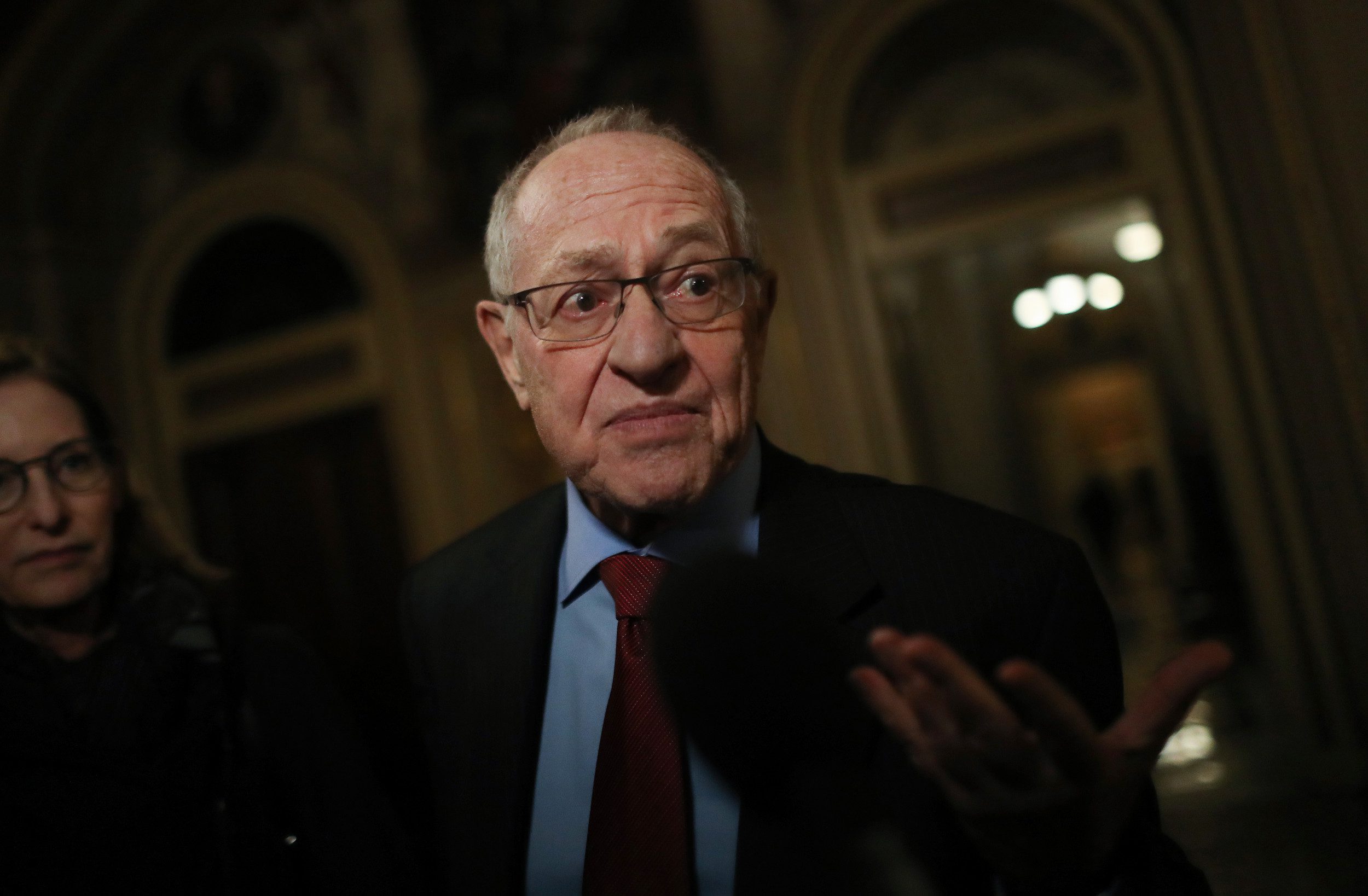 Alan’s high school was completed in Yeshiva University High School in New York City. He was quite a rebellious kid in high school and was a part of the school’s basketball team. Alan once claimed that he was told by his teachers to pursue something in a career that requires a big mouth and no brain, and thus, he became a lawyer on a whim of jest. After passing out the high school, he joined Brooklyn College and finished it with a degree major in political science in 1959. Later he attended Yale law school. He was the editor in chief of the college’s law journal. He passed out of law school with merit and came first in class with a bachelor’s degree in law (LL.B) in the year 1962.

Alan Dershowitz’ estimated net worth is around $25 million. He has made much of his money as a legal professional in constitutional and criminal law in the United States, and he has become well-known for representing several high-profile individuals all through the course of his career. Alan has gained money by authoring fictional works in addition to his scholarly publications. Alan also has made money as an academic writer and as a law professor.

Alan is currently with his second wife. Before that, he was previously married to Sue Barlach, whom he met at high school and fell in love with. The duo married in 1959 and had two sons Elon and Jamin Dershowitz, born in 1961 and 1963, respectively. Elon is a producer for films, and Jamin works as an attorney. Things didn’t work out between Alan and Sue, and the duo got divorced two years after their separation in 1973. Sue reportedly accused Alan of physical abuse, and she was later found dead in the East River in 1983’s new year’s eve, which apparently is considered suicide. 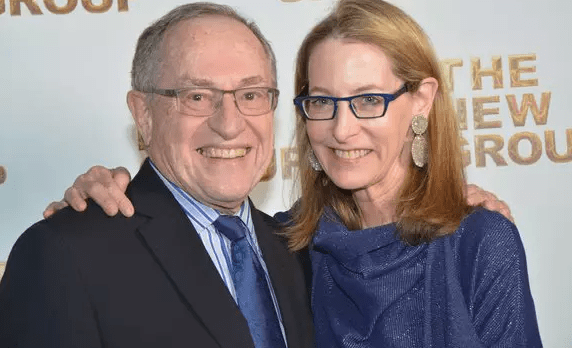 Alan with his current wife, Carolyn.

Alan later in 1986 tied the knot with a retired neuropsychologist Carolyn Cohen. The couple together had a daughter in 1990 named Ella, who is currently working as an actress. The 82-year-old is said to have properties in various locations around the US. He currently owns 3 homes in Miami Beach, Manhattan, and Martha’s Vineyard.

Character Portrayal in films and series

Due to his high fame gained from tackling cases of professional celebrities and famous personalities, he has his character played in two of the popular culture films. Alan’s first appearance was in “Reversal of Fortune” which is an adaptation of his book on the Claus von Bülow case. Ron silver portrayed his role in the movie. The second time his character appeared was in a TV series “‘The People v. O.J. Simpson: American Crime Story” in 2016, and the role was portrayed by Evan Handler. 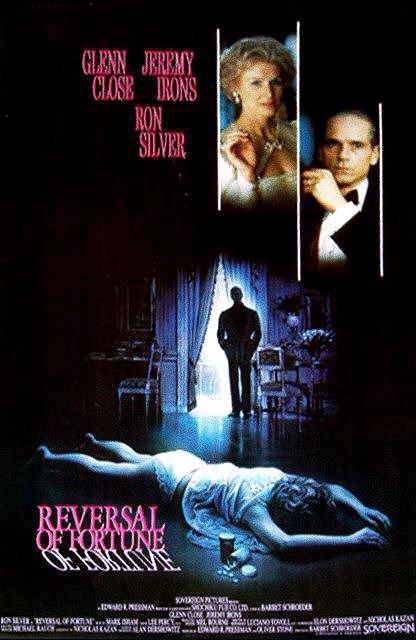 The poster of “Reversal of Fortune”.

Alan Dershowitz frequently appears on the news for his political analysis and commenting skills. He has had a career that included many controversies. Stay tuned to know more about the latest information.