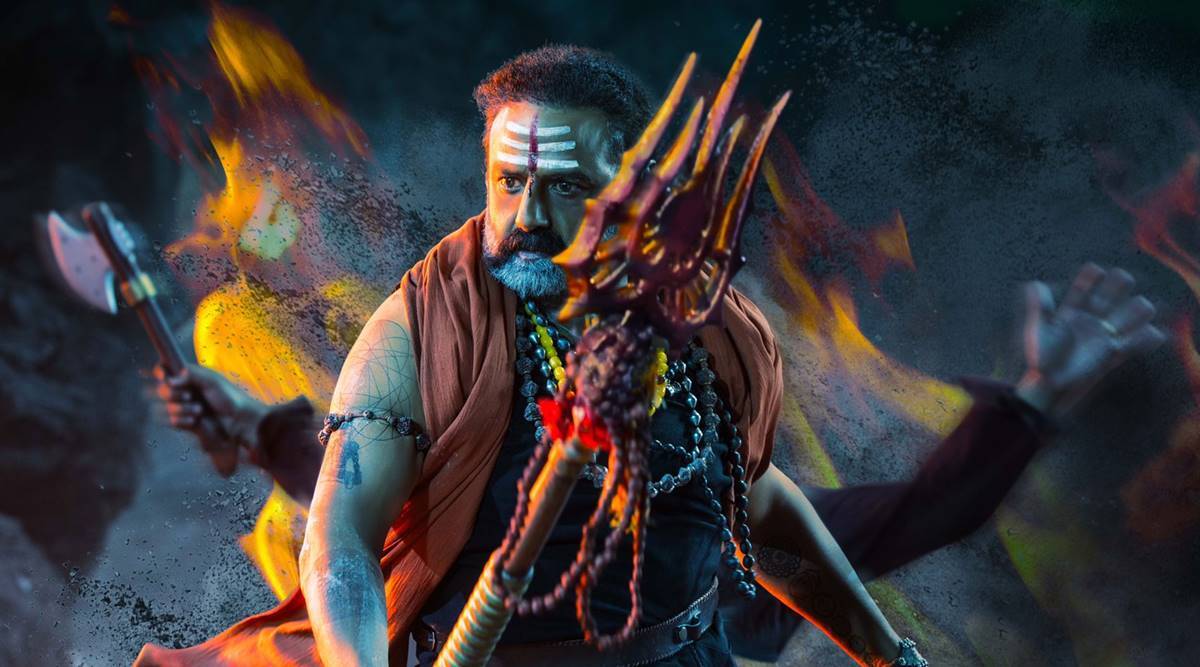 Nandamuri Balakrishna has entered the internet space roaring as the Aghori portrayed in the movie Akhanda. Pen Studios recently dropped the official teaser for the film on the occasion of the Ugadi Festival. Now fans can’t keep calm looking at the brilliantly executed performance of Balakrishna. The one which leaves a lasting impact despite having short dialogues and duration. The fans are wondering if the teaser is so powerful, how powerful would be the movie itself. Boyapati Srinu serving as a director for the film, will mark the third collaboration of Balakrishana and Srinu. So indeed, we are in for entertainment.

Akhanda, since the time the movie has been in production, it’s been teased as an action-packed venture. High-end action sequences, strong background music, and of course, the performances are all set to be the highlight of the film. So here we are, breaking down everything we know about Akhanda so far.

Akhanda was supposed to be released on the 28th of May 2020. It will be available to watch in nearby theatres across India; Dwarka Productions serve as the producers of the film while Pen Studios are carrying out the distribution duties. So far, there are no details on which OTT the movie will be going to. But we might soon receive an update on its digital release once the movie has finished its theatre run.

Any kind of details revolving around the plot of Akhanda has not been revealed yet. The creators, actors, and producers have kept silent over it and may bring it in as a surprise. Of course, since the audience are aware of the duo of Balakrishna and Srinu. But yes, the recent teaser trailer from the social media handle of the film may answer a few questions about the plot.

A Still From The Official Teaser Of Akhanda Featuring Nandamuri Balakrishna

Breaking down the teaser, the entire highlight is grasped by the very look of Nandamuri Balakrishna. He is portraying the role of an aggressive guru who worships Lord Shiva with all might. The avatar and attire are top-notch enough to catch a number of eyeballs. Plus, we believe the entire avatar and attire has a reason behind it and a lot of story around it, which will lay the work for the plot of the film moving forward.

Furthermore, the strong and powerful dialogues aided by solid background music are just on another level of telling the intensity the movie is about to carry. So far, the teaser lays the groundwork that the movie is going to be full of high-voltage action sequences. The teaser sees Balakrishna’s character strong enough to take on a number of opponents with his spear.

So let’s begin with the most obvious star cast member. The lead, Nandamuri Balakrishna, is an Aghori character as described above. Joining Balakrishna is Pragya Jaiswal, who will star in the film as the leading lady. Srikanth Meka joins the film as the antagonist.

So far, there are no revelations on the rest of the cast members joining the film. But these three will be the centerpiece of the film as it progresses. Initially, Sayyesha Saigal was considered to star in the film alongside Balakrishna but was later replaced by Pragya Jaiswal for unknown reasons.

Director Boyapati Srinu and Nandamuri Balakrishna have worked together previously in highly successful films such as Simha and Legend. The two were massive hits baking the box office like never before. Miryala Ravinder Reddy is producing the third venture of Boyapti Srinu and Nandamuri Balakrishna. The strong background music is the signature of SS Thaman, aided by cinematographer C. Ram Prasad and dialogues by M.Ratnam.

Akahanda, as of now, is still completing the shoot of its last pieces. The cast is busy working on high-octane action sequences. It involves Nandamuri Balakrishn to be the busiest one working at the Dandeli forest in Karnataka. He is working under the guidance of Stunt choreographer Siva Kumar. Final pieces and patches are only needed to be done, which will eventually go to post-production in a few days. The entire setup of the film will be completed sooner than expected before the movie embarks on theatre releases.