Here is all that you need to know about her and the childhood sweetheart whom she is married to! 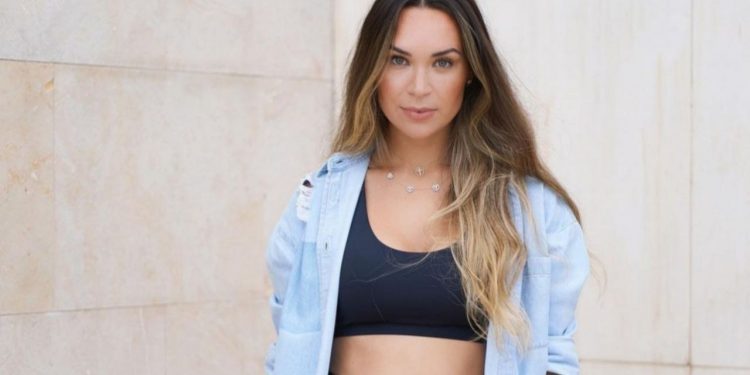 Ainê Coutinho was born on 31st March 1993 in Rio de Janeiro. Despite being born in Brazil, she is Portuguese by nationality. Moreover, in the August of 2019, her better half, her husband, gained a Portuguese passport through her. If you are curious that who is her husband, then her surname might have made you guess the name. She is the wife of the Brazilian professional footballer who plays as an attacking midfielder or winger for Premier League club Aston Villa, on loan from La Liga club Barcelona and the Brazil national team. Yes, he is none other than Philippe Coutinho Correia!

Well, their love story is not less than a beautiful fairytale. Their journey, too was lined with several hurdles, but in the end, love had won the race! Ainê Coutinho’s dating journey is far more interesting than you might think of! Several times she made Philippe believe that no one could be better than her as his life partner. No matter what he was going through, she always had his back. And interestingly, once she had also left her studies to accompany him. And now, if you want to witness Ainê Coutinho’s dating life, let us help you to have a look into it!

Also Read: Ray Allen’s Net Worth: His Income Source & a Dive Through His Successful Journey!

All about Ainê Coutinho’s dating life!

Ainê Coutinho is happily married to Philippe Coutinho. And to understand more about this couple, let us start from the very beginning, like when he started dating Ainê Coutinho. So first, let us reveal the answer to the question that when and how did the two got introduced to each other.

When they were teenagers, they met at a party. The party was thrown by one of their mutual friends. Can you imagine, two strangers who met at a party would start warming each other’s hearts and would develop a bond to last for a lime-time! Interesting, right? Well, so is their story! According to them, at that party, they were simply sitting together, and after having known each other quite well, she asked him to be her boyfriend. However, there wasn’t really any moment where they could say that they were officially together.

They developed a strong bond because they were from the same neighborhood, and so they started seeing each other more and more. They had also gone to many places together, which eventually had made their bond even deeper and stronger. The couple has been together since 2007.

From the very starting, Ainê Coutinho used to live with Phillippe along with his parents. In 2008, Phillippe was signed up for international football. And following this, Aine left her studies in 2010 to accompany her partner on his world tours. However, in 2012 Phillippe started living in Spain, and because of this, the couple had to face the hardship of a long-distance relationship. At that time, he was on loan at Espanyol in Spain. Probably, this was the time when they understood the need of each other in their lives.

Following this hard time, the couple decided to define their relationship by reading the wedding vows. And on 13th December 2012, they had tied the knots in Brazil. And by then, the couple is still going strong. Moreover, as of now, the couple is blessed with two daughters and one son. The names are Jose Coutinho, Maria Coutinho, and Esmeralda Coutinho. Well, it would also be worth mentioning over here that as a mark of respect and love, Phillippe had tattooed reminders of Aine, his mum, dad, and two brothers, on his left arm.

Both of their Instagram accounts are filled with adorable family pictures. Well, it’s true that Philippe Coutinho is known for his combination of vision, dribbling, passing, and most importantly, his ability to conjure curving long-range strikes. However, his love story is as famous as his professional life. And why not, after all, it’s no less than any movie!