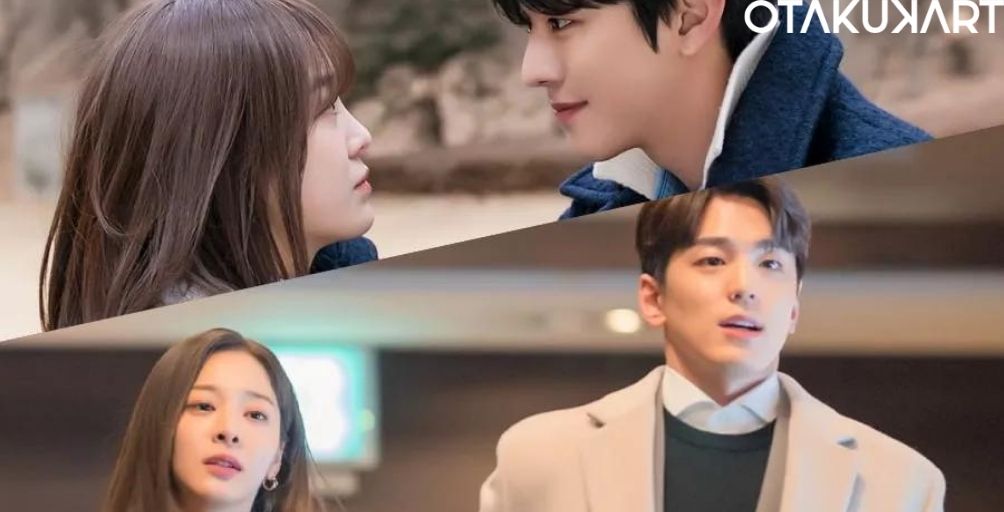 According to an interview they had done on “Choi Hwa Jung’s Power Time” – a popular radio show in Korea, Kim Sejeong and Ahn Hyo Seop had promised fans that they would sing the “A Business Proposal” OST on the condition that their viewer rating pass more than 10%.

However, this promise was soon to come true (much to the delight of fans and netizens) that the viewer rating of “A Business Proposal” surpassed 11.6 percent. So both Kim Sejeong and Ahn Hyo Seop sang the beautiful OST of their hit drama together. You can watch this heart-rendering video of Kim Sejeong and Ahn Hyo Seop singing the OST of “A Business Proposal” here.

What Can Fans Of ‘A Business Proposal’ Expect In Their Final Episode?

No Korean Drama is finished without opposition from the haraboji or the grandfather. Even the drama-loving grandfather, Chairman Kang Da Goo (Lee Deok Hwa), who loves watching romantic dramas, disapproves of the relationship between Kang Tae Mu and Shin Ha Ri. Additionally, this couple also will have to work hard in order to convince Shin Ha Ri’s parents that Kang Tae Mu is a third-generation chaebol and not a cranky forty-something supervisor. Shin Ha Ri has to overcome her own personal set of troubles! The teaser for the final episode shows that there are rumors brewing around the company. Shin Ha Ri’s food development project has come to a screeching halt. There have been rumors circulating that someone has cheated on Kang Tae Mu. Meanwhile, Shin Ha Ri is pressured by all sides to turn in her resignation letter to Kang Da Goo. This might throw Shin Ha Ri into a tizzy since viewers know her passion for her work as well.

The road to romance is a rocky one – Cha Sung Hoon has been able to look past his differences with Jin Young Seo and pursue a romantic relationship with her. But, things are not good in paradise – Jin Young Seo’s rich chaebol father, played by Lee Ki Young, has stumbled across their relationship. In the teaser for the final episode, viewers can see the trio having a tense conversation over food with Chairman Jin. Finally, Cha Sung Hoon is seen to calm down Jin Young Seo while both walk out clasping their hands firmly. The question still looms over everyone’s minds – will Chairman Jin be able to accept his daughter’s relationship? 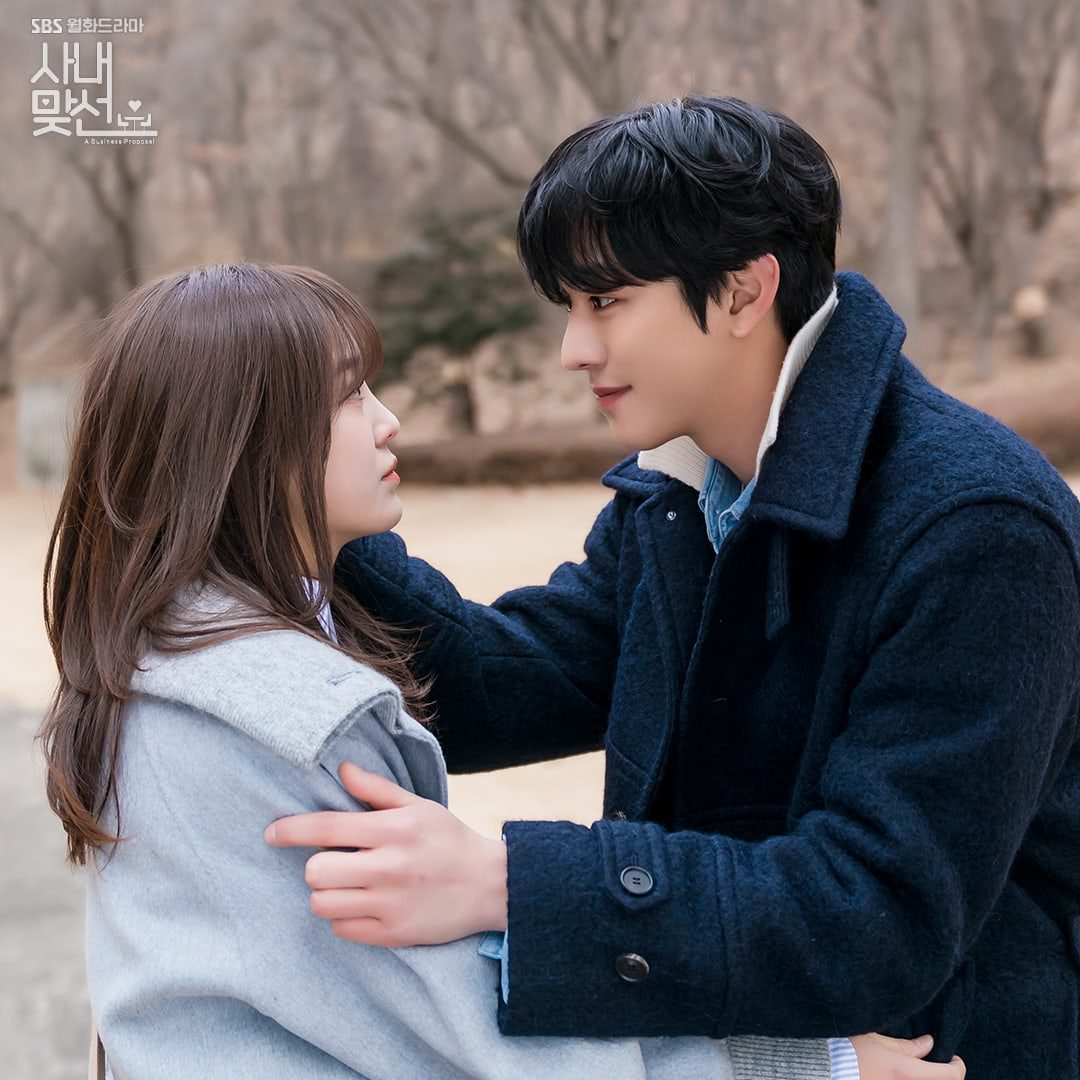 Behind The Scene With Ahn Hyo Seop And Kim Sejeong

This funny look behind the scenes of the camera and the great chemistry the actors share on the set of “A Business Proposal” is displayed perfectly in this video. Starting off at the restaurant, Shin Ha Ri marvel’s at Kang Tae Mu’s arms and teases him to feed her. In classic Kang Tae Mu style, he brushes her advances off as well. Shin Ha Ri is able to laugh it off, but then Kang Tae Mu shares his romantic side with her and sweetly mentions that he will feed her! 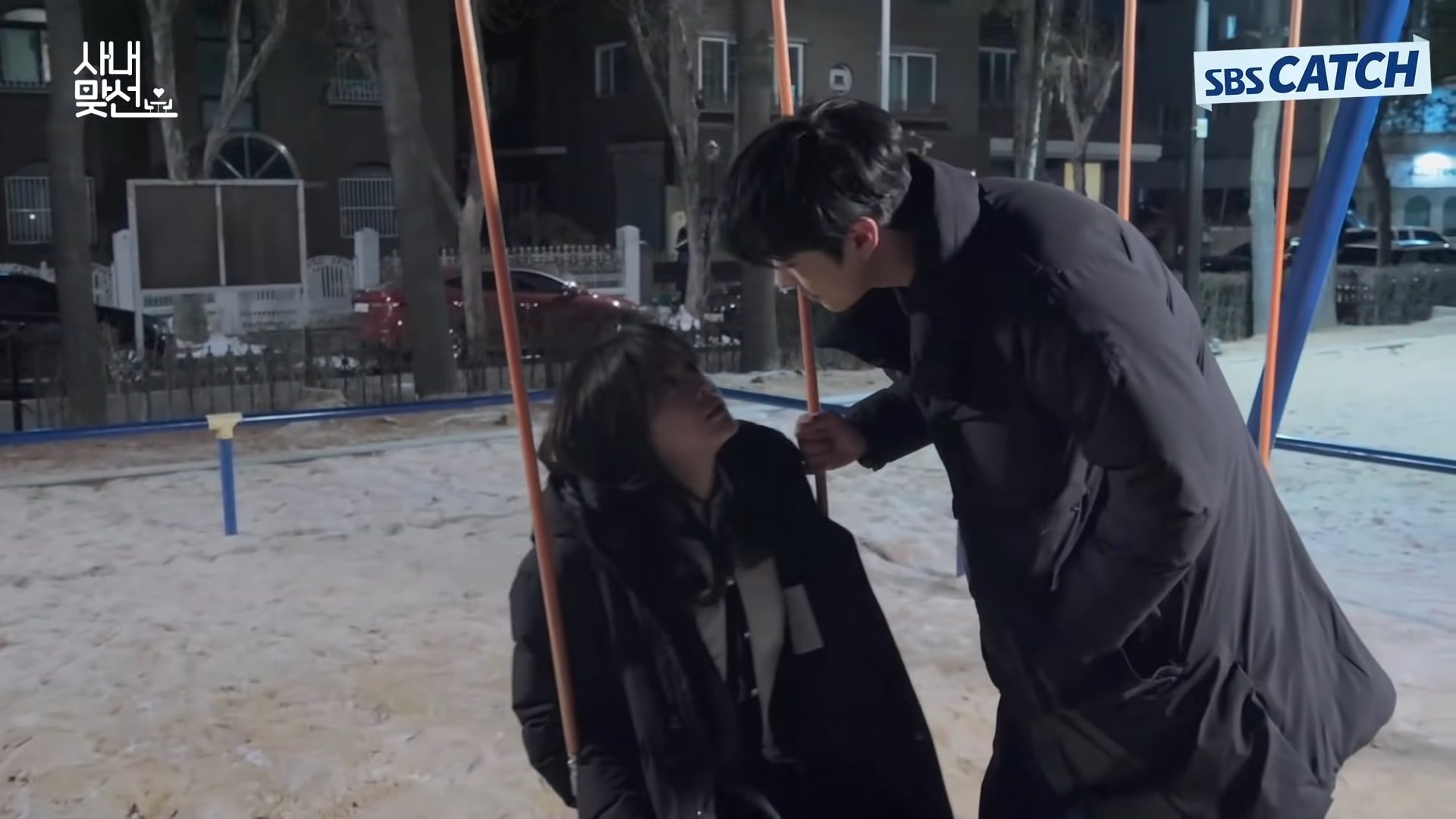 Behind the scenes for Kim Sejeong and Ahn Hyo Seop on the set of A Business Proposal. Cr: SBS Catch

You can watch the dramatic finale of “A Business Proposal” here!

Also Read: K-Dramas To Watch If You Like A Business Proposal