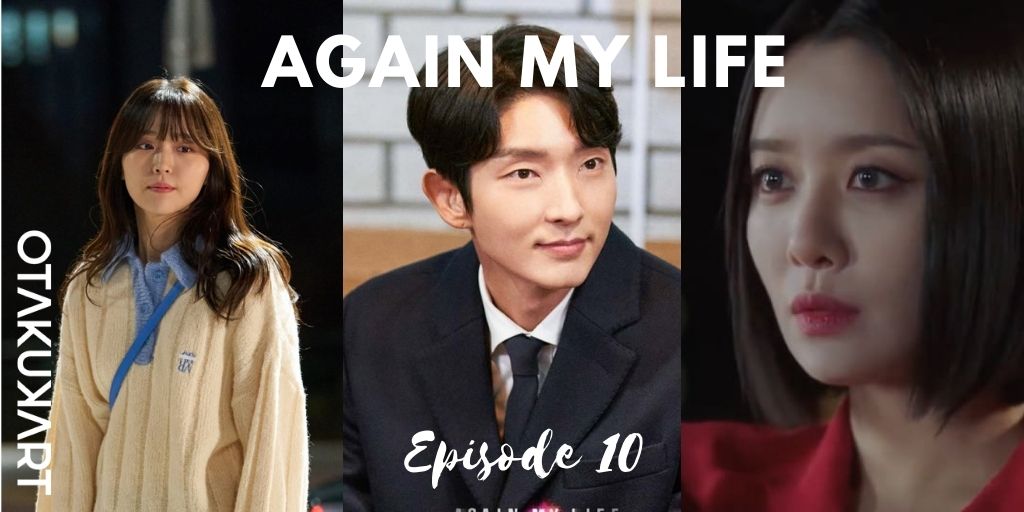 What do your weekend plans look like? Ours is definitely Again My Life Episode 10! The series has encompassed everything one could ask for. Right from law and order to mystery to drama. The series even has a romantic angle and highlights the importance of friendship. It is now safe to say that Again My Life is indeed the most comprehensive drama out there! The themes are not all that is boasted about the series. The stellar performances of all the cast members and the solid storyline are just as amazing.

The journey so far has been promising and we can finally let out a deep breath knowing that Kim Hee Woo has been successful in putting a few of his criminals behind bars. Although, we are waiting for Hee Woo to realize the affection Hee Ah feels towards him. Hopefully Again My Life episode 10 touches this aspect. With that being said, fans across the world are anticipating some serious drama and action in the upcoming episode of the series. What turn of events do you think will take place this time?

Jang Il Hyun and Kang Jin have already realized that they have messed with the wrong guy. Kim Hee woo is like a lion hunting its prey when it comes to delivering justice to the wronged and the innocent. Despite trying to take down his enemy in various ways, it always seems like Jo Tae Sub has something new up his sleeve. He was successful in manipulating the half-wits like Jang Il Hyun and Kang Jin by merely playing a double game. These guys allowed their greed to take over and fell right into the traps laid down. However, when it comes to defeating a man who is ten times more powerful, Kim Hee has to pull out the big guns and develop a foolproof plan that will shake Tae Sub to his core!

Hee Woo is not willing to pay price in the form of the lives of innocent people in his quest for justice. He diverts his attention to the grim reaper who generously provided him with a second shot at life. He makes her his priority and is bent on saving her life above all others. Yet another pressing issue is Kim Hee Ah who seems to have become the damsel in distress. However, she is bold and intelligent enough to take corrective measures that will ensure the protection of her empire company. She decides to join forces with Hee Woo and works towards saving her family’s business group from the clutches of the nasty Jo Tae Sub.

Also read: Where are the eliminated contestants of Produce 101 now?

Again My Life episode 10 will air on 7th May 2022 at 10:00 pm KST.  Saturday nights have never looked more fun now that we have thrilling mysteries to keep ourselves occupied with. On a scale of light, fluffy romance to dark and violent action, we believe Again My Life episode 10 will lie somewhere between the two. International fans can experience these emotions as well in the following time slots. 6:30 pm IST, 11:00 pm AEST, and lastly, 8:00 am Central Time.

Where can you watch Again My life Episode 10?

SBS television network possesses the exclusive right to air Again My Life Episode 10. The episodes can also be accessed on different OTT platforms. These would be VIU TV and the Rakuten Viki web apps. However, it is suggested to avail of a premium subscription in order to stream the episodes ad-free! Thus with that hassle out of the way, you can enjoy the series to its true potential! Stay tuned to Otakukart for more updates!