After Assemblyman Do’s Death, The Problems For Hee Gyeom Begins In ‘Bad and Crazy’ Episode 5 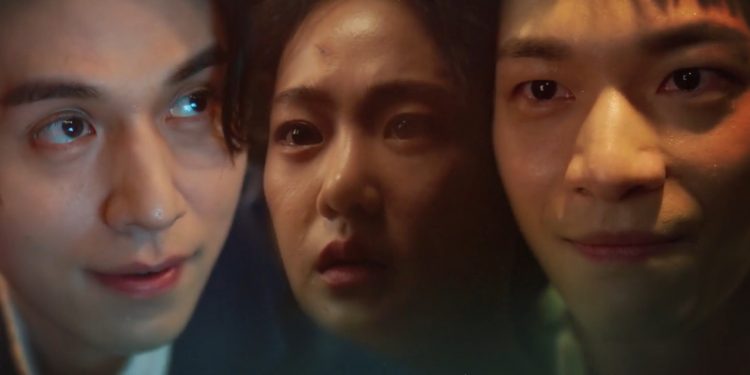 ‘Bad and Crazy’ Episode 5 is coming out this weekend, and things have gotten a lot crazier. While Soo Yeol was trying to co-exist with K with a life filled with chaos, he now might have a chance to bid him goodbye. While Kyung Tae and Soo Yeol got off their cases, now Hee Gyeom is being framed by the drug ring in a killing case. But how did all of this happen? Just after Assemblyman Do tried to get rid of all the pieces of evidence of him killing Jeong Yu Na. He had no idea he was walking into Soo Yeol and K’s trap.

While Assemblyman Do needs to work on his anger issues for sure, kicking him got Soo Yeol suspended from work. But with the evidence in his hand, he went on to ask his superiors and work on the case with Jae Seon and Hee Gyeom. After watching his car’s black box video, Soo Yeol has realized that K is on other than he. Going back to the doctor and showing him the video, the doctor went on to hypnotize Soo Yeol to make him remember if anything traumatic happened in the past. While the goons were looking for Soo Yeol and the stuff that he stole.

Soo Yeol came home to his brother, waiting for him with cake and seaweed soup. But he wasn’t happy with him as he quickly threw him out of the house. But it didn’t take him much time to look back at the memories of the birthday. And the next day, he got a transforming robot as his birthday gift from his brother since he kept texting him. As his brother ask him about what to do with the other stuff along with the necklace. Soo Yeol saw everything from the goons’ warehouse at the shop. To find some leads, his brother put all the stuff on the dark web to sell.

Looking for the stuff that Soo Yeol took, they found everything on the dark web. Catching Soo Yeol’s brother instead, they finally got Soo Yeol’s address and called him over. Getting caught by the goons, as he ran to save his life, the game of cat and mouse began in a department store. With K coming out, there was no chance that Soo Yeol was gonna lose, and ended up arresting all of them. On the other side, meeting Boss Yong, Assemblyman Do had Do In Beom killed at his house. But the Kyung Tae had managed to take evidence from In Beom and went on to ask Soo Yeol for help. And together, Kyung Tae, Soo Yeol, Jae Seon, and Hee Gyeom ended up putting an end to Jeong Yu Na’s murder case.

‘Bad and Crazy’ Episode 5 Release Date and What To Expect?

‘Bad and Crazy’ Episode 5 will release on December 31, 2021. Arresting the former Assemblyman Do come with a lot of risks. With her senior officer back, Hee Gyeom and her team were beaming with happiness. But the pain of losing another officer was still there. With the murder case gone, all the attention is on the drug ring of the substance called ‘pupil’. Do Yo Gon was making sure not to give out any information. With Boss Yong after Do Yo Gon, his life was in danger from the start. He got attacked in jail and ended up being killed when he was in the middle of changing prisons. Now, this has gotten Hee Gyeom in trouble as she’s the only survivor of the accident.

With K being in lover Hee Gyeom, he has promised Soo Yeol that he will leave for good. Only if he’ll help prove that she is being framed by the drug ring. And has no hand in Do Yo Gon’s murder. And with the chance of getting his life back, Soo Yeol is ready to do everything he can, even if that includes helping his ex-lover.

Where To Watch Bad and Crazy?

‘Bad and Crazy’ Episode 5 will be available to watch on the streaming platform iQIYI.