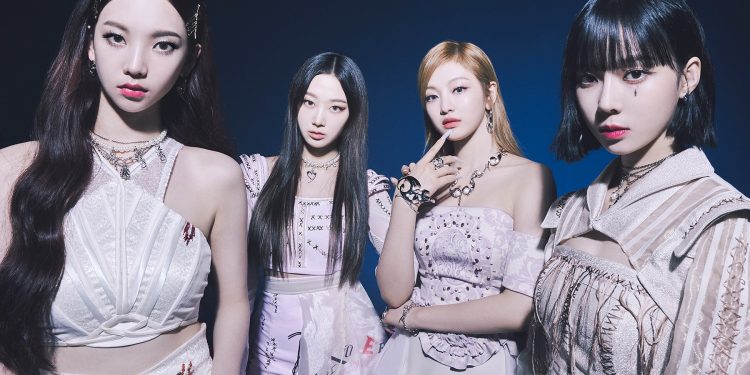 South Korean girl group Aespa is in their zenith position as they became part of the history at the 36th Golden Disk Awards. The group not only bagged several awards, however apart from that, but they also received the title only a handful have received till now. Previously as well, Aespa has won many awards however, this time, it’s something really special.

The 36th Golden Disk Awards witnessed an array of artists taking home awards. The show was hosted by Lee Da Hee, Sung Si Kyung, and Lee Seung Gi. Big names such as IU, BTS were nominated for several categories. However, it was Aespa who got into the league of the rarest. The girl group got the Grand Slam Award which only a few groups have received so far. This is just the start for them, and they have a long way to go. However, the ways things are going, they certainly are off to a great start.

On 8th January 2022, Aespa put another feather on their already shining crown. The group received the ‘Grand Slam Award’ at the 36th GDA. This is an extremely rare feat to achieve, and till now, only 5 such groups have craved their names on this award.

It is said that if a group achieves the title of ‘Rookie Of The Year’ in all the leading award shows in Korea, then they receive this prestigious title. The five major awards shows are GDA or The Golden Disk Awards, MAMA or The Mnet Asian Music Awards, MMA or the Melon Music Awards, The Seoul Music Awards, and the Gaon Charts Music Awards. The first time the award was achieved by SHINee was in 2008. After that, it was iKON in 2015, with Wanna One, TXT, and ITZY down the line. TXT and ITZY won this in 2019.

Well, that’s not it for the night as they didn’t stop there only. At the GDA, Aespa grabbed a total of 4 awards namely, Cosmopolitan Artist, Digital Bonsang’, ‘Rookie Artist,’ and the ‘Artist of the Year.’

That’s amazing, considering how new they are into the world of Kpop. By the looks of it, the Fourth Generation kpop stars are taking the charts by storm.

Other Winners At The 36th Golden Disk Awards

The GDA saw a golden night when many artists grabbed multiple awards at the starry night. The event took place at Seoul’s Gocheok Sky Dome. Though this time, instead of two days, the event was done within one day due to Covid-19 protocols.

Aespa debuted under SM Entertainment after the company announced its launch. The group consisted of four members Winter, Giselle, Karina, Ningning. Their debut single was ‘Black Mamba’, which was released on 17th November. This song was an instant click and gave Aespa their first-ever win.

The video currently holds 198 million views with 3.6 million likes. They became the first kpop ambassadors for a French magazine named Givenchy. Last year they were selected by an Italian lifestyle and fashion company named Acqua Di Parma. By the looks of Aespa’s track record, without a doubt, they are the beholders of several awards. They won the Artist Of The Year Award for the Hot Trend Award, Rookie Of The Year, and Stage Of The Year in 2021. They were even nominated at the Asian Pop Music Awards for the category of Song Of The Year for Savage. These are some of the few among the many awards they have received.