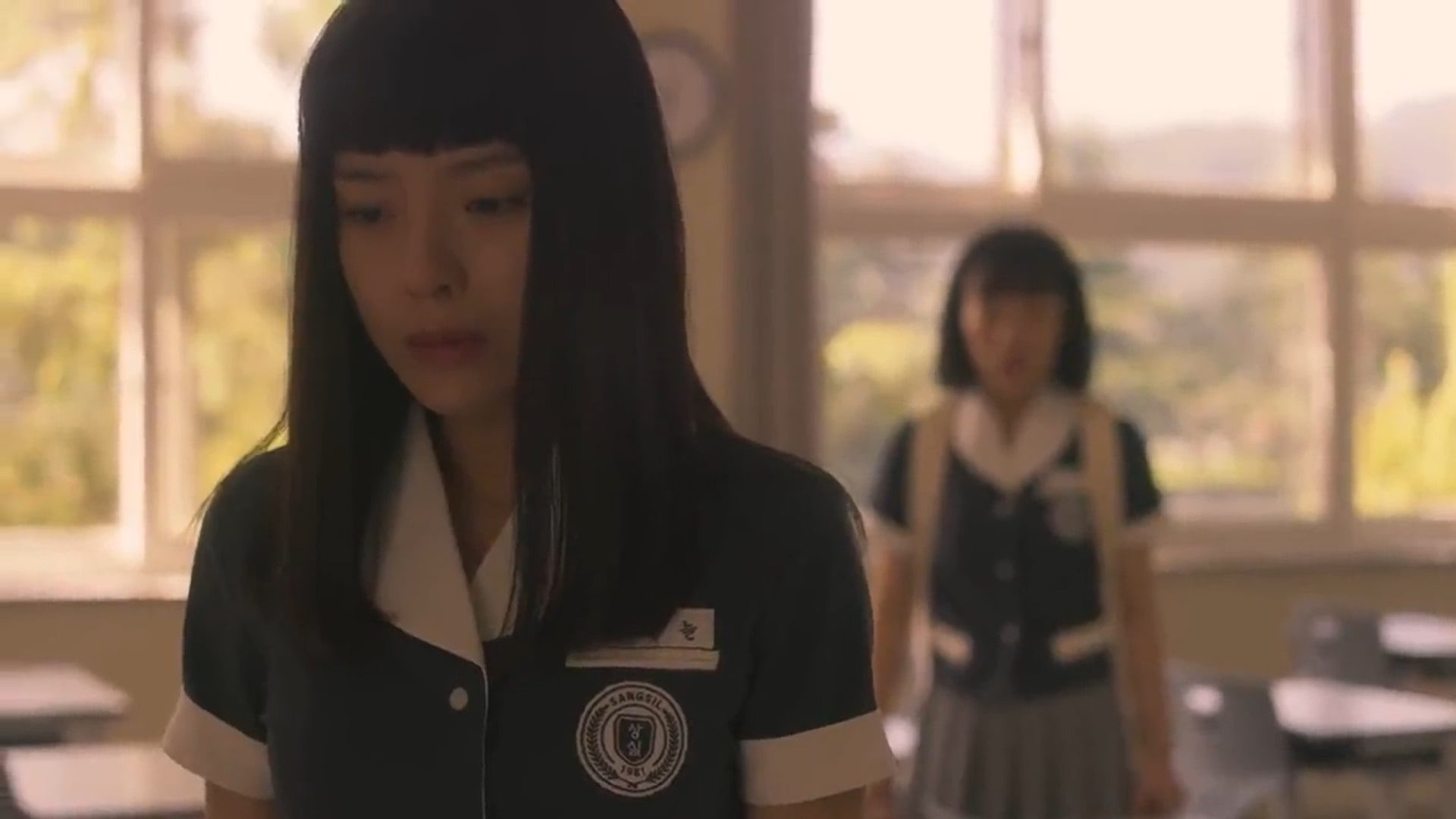 Things are getting complicated for Aejin in Episode 10 of Shadow Beauty. The preview shows us Aejin finally revealing her secret to Haneul. She confirms Haneul’s suspicions and tells her that she is indeed the famous influencer Genie. Haneul is evidently devastated to hear this. She has an outburst and keeps asking Aejin, ‘How can you do this to me?’

Starring actors Shim Dal Gi, Choi Bo Min, Yang Hong Seok, and Heo Jung Hee as Ae Jin, Ho In, Jin Sung, and Ha Neul respectively, ‘Shadow Beauty’ is a drama that dabs in the romance and psychological genres. Choi Bomin (of idol group Golden Child) received much applause for his impeccable acting in the series as an idol actor. You can’t step onto the K-drama side of Instagram lately without seeing a video edit or reel of his character! The fans are not to blame, truly, as Bomin did an incredible job of bringing Ho In’s personality from a book to life. Clever, mysterious, and somehow at times naïve at dealing with emotions, naïve at dealing with emotions, Kim Ho In is a character too gripping to not look forward to.

‘Shadow Beauty’ is adapted from a webtoon published by author ‘Ahum’.

Following the death of her mother, Haneul is already extremely distraught. When she finds out the truth about Genie, she gets overly emotional and keeps thinking back on their friendship. She shared things she hadn’t dreamt of telling anyone with Genie, only to find out that she is, in reality, the girl bullied by Haneul at school. What fueled her anger previously is how her boyfriend, Hoin, seems to pay no attention to her at all but seems heavily invested with another girl. Upon finding out how close he got with Aejin, Haneul cannot keep her insecurities at bay.

As Saehee pairs up with Mijin and paints Haneul in a bad light, Haneul soon finds herself as an outcast. Mijin winds Saehee up to steal Aejin’s necklace and pin the blame on Haneul. As things unfold exactly as they plan and Mijin picks out the necklace from where she had planted it in Haneul’s bag, Aejin quickly catches on to what is happening. She stops Mijin from publicly embarrassing Haneul and confronts Saehee about her detailed knowledge of the stolen necklace. Ho In assists her, and soon the whole class realizes that Saehee is actually the one who stole the necklace.

Is Haneul to be sympathized with?

Everything Haneul knew about her closest friend was a lie, and now she has no family left. However, viewers could not find it in themselves to sympathize with Haneul. Though they did not agree with how Mijin bullied and assaulted her, they simply couldn’t understand the portrayal of Haneul as a ‘misunderstood girl’. Viewers believe that her backstory or difficulties in life do not give her a reason to bully someone else and make their life miserable.

Where does Ho In’s heart lie?

Ho In has been playing close with Ae Jin and helping her protect her secret. From the start of the series, he has shown minimal interest in his girlfriend, Haneul, and even seems too bored to deal with her at times. Does Ho In really like Aejin, or is he only interested in her as a friend to keep? The viewers are really hoping that it is the former!

What can we expect from Episode 10 of Shadow Beauty?

We know what kind of temperament Haneul possesses, so we can expect her to have a dramatic reaction upon finding out the truth about Aejin. We can also expect to see more of the students questioning if Mijin really is the true Genie and possibly realizing that she is not. Aejin’s harsh actions towards her mother and the reason behind them will also be dug deeper into.

Where To Watch Shadow Beauty?

Shadow Beauty is available for streaming on Daum Kakao TV and Viki. It airs every Wednesday and Saturday. Premiering on 20 November, the show will air till 29 December 2021 for a total of 13 episodes. As the truth starts surfacing and relationships are tested, the drama is sure to only get more interesting. Catch the next episode if you want to see how Haneul responds to Aejin’s undeserved kindness. More of Aejin’s backstory and her relationship with her family is to be explored.