Adar Poonawalla Net Worth: How Much is The CEO of Serum Institute Worth? 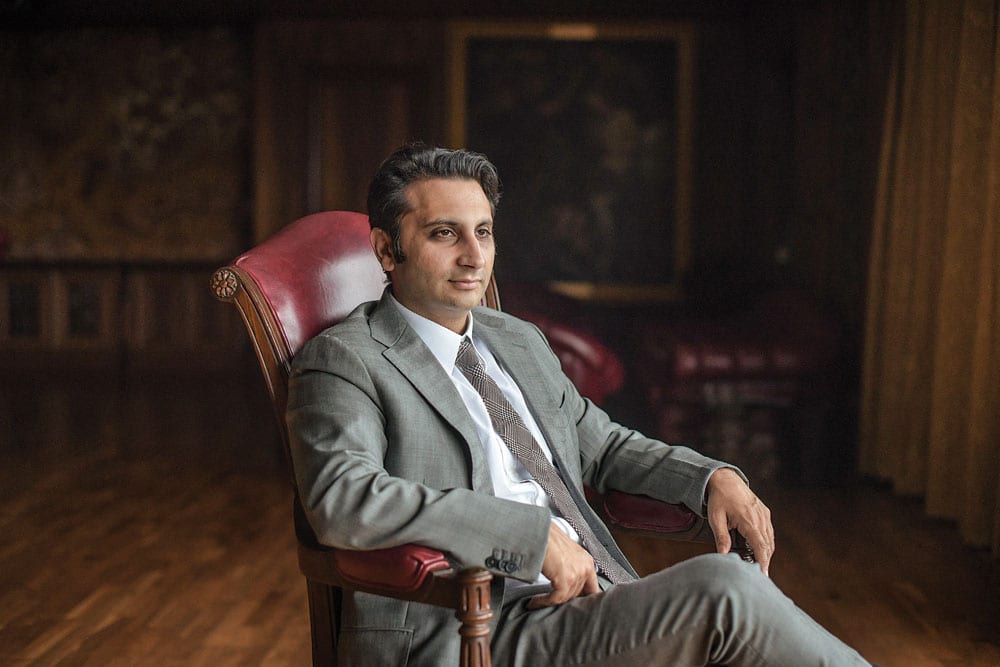 In this high time of covid-19, what everyone needs to save themselves from the deadly virus is the vaccine of Covid-19. And how can we forget about the notable personality of India who is the Chief Executive officer that is CEO of the esteemed company of India named Serum Institute of India? The company is known for helping people in need of the vaccine. The Serum Institute of India was established by Adar Poonawalla’s father named Cyrus Poonawalla, in the year 1966.

With time the company has established itself to be the world’s largest vaccine manufacture which is counted according to the number of doses produced.

Though not much is known about the childhood of Adar Poonawalla, we still have information about his education. Adar Poonawalla completed his schooling years first from India that is from the esteemed school of Pune named The Bishop’s School. Later, he got enrolled in the St. Edmund’s School Canterbury. After completing his schooling years, he went to the popular university named the University of Westminster.

Being a bright student in his graduation years, he decides to join the esteemed company named the Serum Institute of India, which was established by his father. He joined the company in 2001, after completing his graduation with flying colors. The company grew with the strategies of Poonawalla. His main focus was to make the international relations of the company more and more strong. With this, he started exporting the products of the company to somewhere around 35 countries. Apart from that, he started to get a new product license for manufacturing different new products, and their products also got certified by the World Health Organization. Not only in some countries, but the company also supplies to the Agencies of the United Nations, which include UNICEF and PAHO as well.

After a decade of him joining the company, with his dedication towards his work, he earned the position of the CEP of the company in 2011. In the very next year, that is in 2012; he played a lead in purchasing the shares of the popular company of Netherlands which is operated by the government named Bithoven Biologicals. The company is one of the leading vaccine manufacturing companies in the Netherlands. Apart from that, he is also one of the board members of the global vaccine Alliance named the GAVI Alliance.

After a couple of years, that is in 2014; he took another initiative to boost the sale of the company. Under the company, he launched the oral Polio Vaccine. Gradually with time, it became the bestseller for the company. Apart from that, he also wanted to include the vaccines for some other diseases like Dengue, Flu, cervical cancer in that very year that is in 2014. Not only that but the very next year was in 2015, he made the international relationships of the company more and more strong. He the products of the company to somewhere around 140 countries, which further lead them to earn 85% of their revenue from the overseas trades.

The prominent personality in the field of medicine, who is helping people in a time of need by providing the cure of many life-taking diseases, is none other than but Adar Poonawalla. Being such a great personality and CEO of the Serum Institute of India, Adar Poonawalla has a net worth of somewhere around $15million.

He was awarded the prestigious Philanthropist of the Year award in 2016. Other than that, he also made his way to the list of the popular magazine named GQ Magazine. In the very next year, that is in 2017; he was honored with the Humanitarian Endeavour Award, which was hosted in the Hall of Fame Awards in 2017. Apart from that, he was also regarded as the Indian of the Year in CSR business Category on the popular channel named CNN-News 18

In the very next year, that is in 2018; he was awarded the ET Edge Maharashtra Achievers Awards of Business Leader of the Year. He was given the award by the then Chief Minister named Devendra Fadnavis. Other than that, he was also awarded the prestigious CNBC Asia’s Award under the category of Corporate Social Responsibility in that very year.

After a couple of years, that is, in 2020, he was counted under the list titled 40 Under 40. The list was made in the Healthcare category, which was published by the Fortune Magazine. Apart from that, in the very next year, that is in 2021, in March, he was honored with the title of Entrepreneur of the Year. He was regarded so by the Economic Times. He was given the title because of his immense contribution to the world to fight the deadly pandemic.

He helped the world by supplying the vaccine named Covid shield in huge quantity not only in India but also around the world. The vaccine was developed by the popular Oxford- Astra Zeneca and was produced in India by the Serum Institute. Other than that, just on the previous day, that is on the 28th April 202, he was given the security of Y category around all over India. The order was issued by the Ministry of Home Affairs of India.

When is Fatma Season 2 Coming to Netflix?

The Blacklist Renewed for Season 9 Ahead of Season 8 Finale