If you are a big-time fan of the American dating television show Love Island, you must be aware of the two individuals about whom we shall discuss in the article. Yes, you read it right. We shall cover the relationship between the two islanders of Love Island Season 7. You might have assumed them in your mind. Well, they are none other than Aaron Simpson and Mary Bedford. Their relationship in the show has been the talk of the town. Let’s get deeper into the article and know further about their relationship and its split.

Love Island Season 7: Who are Aaron Simpson and Mary Bedford?

Love Island is an American dating show which premier on ITV, ITV2. There is a group of handsome men and beautiful women who participate in several tasks and challenges to find the ultimate love of their life. It’s a fun dating show and currently, it finished its seventh season on 23rd August 2021. This 7th Season started to air on from 20th June 2021. The show is hosted by Laura Whitmore. Due to the Covid-19 pandemic, it got delayed. Since today’s article is centered on the relationship between Aaron and Mary, now we shall get inclined towards them. Well, what are they famous for?

Aaron Simpson was born on 7th March 1997 in Canterbury, England. He is a professional football player. He has played for several clubs like Maidstone United, Waterford, Dover Athletic, Sutton United, and many more. After appearing in the dating show Love Island Season 7, he gained much popularity and fame, both in real and on social media platforms. His Instagram account holds 96.3 followers.

Also read: Are The Couple Of ‘ Love Is Blind’ Lauren and Cameron Still Together?

Both Aaron Simpson and Mary Bedford participated in the dating show in search of their ultimate love partners. After Mary was ditched by Toby Aromolaran, she got into a romantic relationship with Aaron Simpson. In the show itself, they were more into PDA (public display of affairs). Also, they started planning about their cute babies which were too early. As per the other members, they were the least compatible couples in the villa. So, there were already glitches in their relationship. 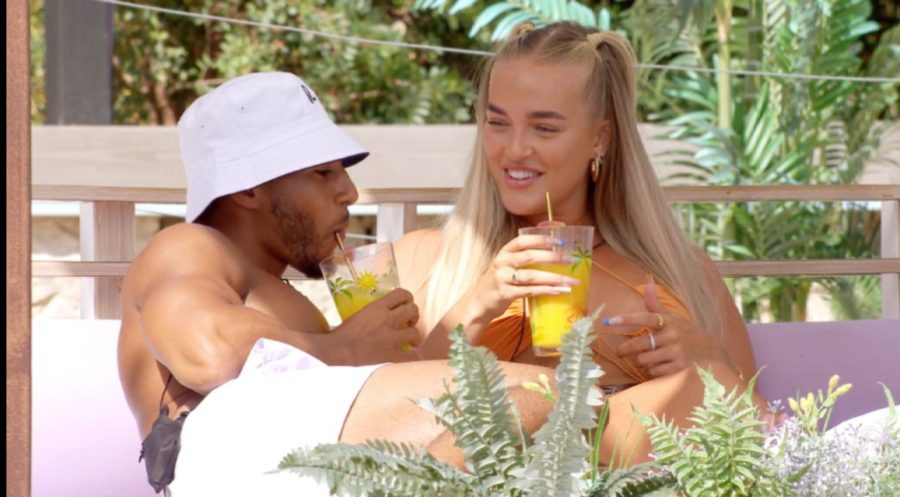 Later Mary had friend-zoned him by saying that she was very comfortable with Aaron as good friends. She also added that she was happy enough to get a best friend like Aaron in the show. Also, she stated that they are going to try out their relationship once they go outside of the show, where they can be normal with each other. They also had planned to go on a bowling date after booting off the Island. On 18th August 2021, the duo left the show.

By now, you must have understood that Mary Bedford and Aaron Simpson are no more together. Their romantic relationship didn’t work well. Instead, they became good friends (where Mary has addressed him as her best friend). It’s good to see that even if they didn’t end up well as a couple, they are mature enough to continue their cute friendship.