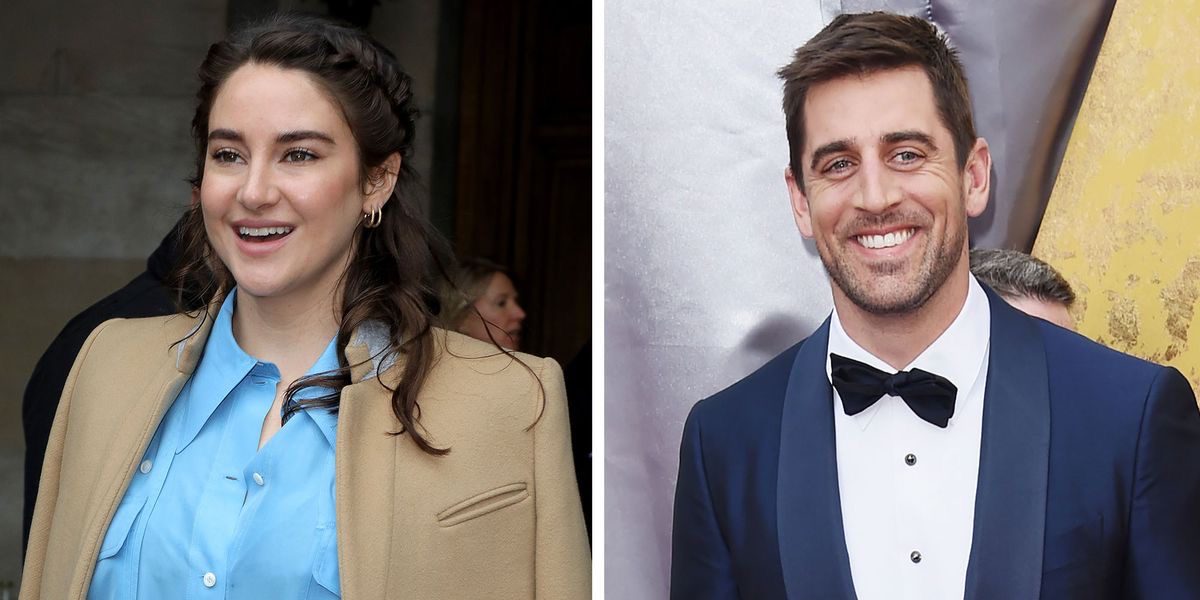 Let us know who Aaron Rodgers’s wife is. American football quarterback Aaron Rodgers has recently come under fire for violating COVID protocols. The popular NFL player who plays for Green Bay faced severe backlash while facing a hefty fine of a whopping $14,650! Not to forget how the athlete had a controversial moment with the media after being asked about the vaccine and what he thinks about it. The US President recently asked Rodgers to get the vaccine as well!

While the NFL player has been the subject of backlash, his fiancee and popular actress Shailene Woodley had recently come to his defense. From taking trips to Disneyland to embarking on adventures, the pair have been enjoying a whirlwind romance. She was quick to clap back and pointed out that the photos released by tabloids are misleading as the man in the picture is not Rodgers. The player himself stated that while he is not an anti-vaxxer, there’s a lot about these vaccines that we don’t know. Let us find out who is Aaron Rodgers’s wife.

Who Is Aaron Rodgers’s Wife?

Aaron Rodgers is not yet married but is engaged to actress Shailene Woodley. The two earlier kept their relationship away from the media limelight. However, Woodley later made their relationship public in an exclusive interview with Jimmy Fallon. The Fault In Our Stars actress did not hold back and gave details about the hush-hush relationship. The actress was all smiles and giggly while revealing that they met during the pandemic time. Many even thought that Jodie Foster introduced the two. The actress, however, later stated that she had nothing to do with the blooming romance!

Woodley even joked about how she felt like her dog was also asking her to date Rodgers. The player has recently opened up about their whirlwind romance stating how distance will give the two more time to focus on their respective work. Rodgers explained how Woodley has signed a ton of projects and will be working on them. The two went on a romantic gateway to Hawaii and were joined by good friend Miles Teller and wife Keleigh Sperry. Rodgers was earlier dating Patrick, and many speculated that Woodley might have to do something with the split that came as a huge shock.

Is The NFL Player Engaged To Shailene Woodley?

After a few pictures of the two vacationing came out in public, the actress herself confirmed the relationship but made an even bigger revelation! The actress confirms that they are engaged! Aaron Rodgers and Shailene Woodley are officially all set to walk down the aisle. The actress further stated that while the whole world is shocked with the engagement announcement, the two have been engaged for a while!  Take a look at the video clip as The Divergent star confirms her engagement to the NFL player!

Fans also got to see the massive ring on Woodley’s finger as she talked about her engagement. She further said that while 2020 has been a crazy year with all kinds of ups and downs, the engagement was a pleasant shock. Woodley jokes about how she cannot believe that she is engaged to someone who throws balls for a living!

As Aaron Rodgers has been facing backlash for not taking the vaccine, it seems like the US President has an interesting message for the Green Bay quarterback! As Biden recently visited the areas of Kentucky hit by the tornado, he asked a woman to tell Rodgers that he has to get the vaccine! As the woman was seen wearing a Packers jacket, the president thought of getting the message across! We wonder what the player will say after being asked to get the vaccine by the US president himself!

The athlete came under fire after fans claimed that Rodgers misled people with wrong information. The player further made headlines after many witnessed his wrath when asked about the vaccine. Not to forget, he even stated that he fears the vaccines might make him sterile. These comments soon took social media by storm while many expressed their shock over these revelations while throwing the NFL player in a negative light.

Also Read: Nick Cannon’s Wife: Who is the Comedian Married To?