A Young Man Is Targeting With Bombs In FBI: Most Wanted Season 3 Episode 10

LaCroix's team is hunting down a young man attacking his targets with bomb while LaCroix also struggles with his daughter's absence. 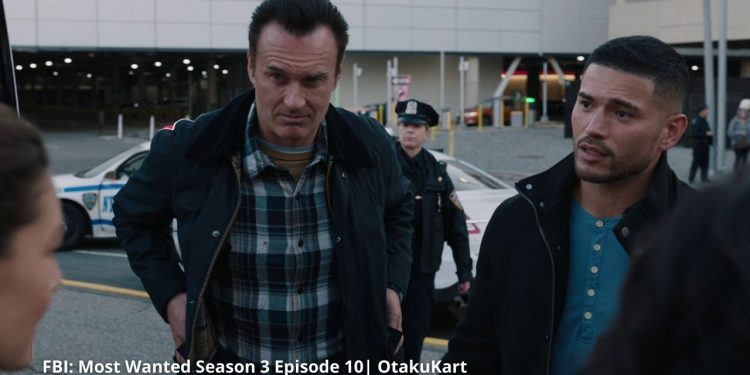 FBI: Most Wanted Season 3 Episode 10 see the team chasing a young man targeting people with different style of bombs. LaCroix and Sarah feel the loneliness brewing with their daughter away. Before we move to that, LaCroix and Barnes already witnessed their families in a hostile situation. They were shopping in the mall until they heard shot fired. The shooters weren’t anyone normal as they carried big guns and went on a killing spree to attack anyone in their sight. LaCroix and Barnes found some aid with LaCroix’s father Byron and a retired cop.

Outisde, the news about firing at the mall spread like wildfire. Barnes contacted Hana for help with the security system. While she left for mall with Ortiz, Kristen received alert after her daughter told her about it. There were multiple bombs surrounding the building and another mystery bomb planted somewhere inside the mall. With their families in danger, here is how LaCroix and his team managed to take down the gang.

Previously on FBI: Most Wanted Season 3, we opened up with LaCroix and Barnes trapped with their families at a mall shootout. Initially thought to be two shooters, there is a third shooter as well and they are coming from all the ways. LaCroix and Barnes secure their families and some people of the mall with the help of Hana on the call. They lock them and a retired police officer Linwood teams up with LaCroix while Barnes is aided by LaCroix’s father Byron to enter the security room.

Kristin, Ortiz, and Hana arrive outside the mall which is lined up with bombs at the door. The kind of bomb which moment you touch blows. LaCroix puts up a toy camera to keep a watch on the families. LaCroix and the Linwood took out one of the shooters. Hana and Barnes came to realize that someone messed up with the camera system. Meaning this is an inside job. But equipment from the old system came in handy to turn the cameras on.

Through CCTV footage, Hana brought the identification of one of the suspected shooters. While Kristin worked with the bomb squad, Ortiz took his team to interrogate this suspect. The suspect wasn’t up to say a single word and didn’t care about his mates. Kristin decided to enter through the roof with a  little help from Byron. She was guiding him to take care of the alarm on the roof’s door and they succeeded.

LaCroix, Barnes and Linwood later rescued Barnes’ wife Charlotte who broke her water. The one remaining shooter was about to reach LaCroix’s family but LaCroix and the team made in time. There was another bomb in the tombs and Linwood decided to sacrifice himself to throw it as far as possible. Luckily he survived as well. The episode came to close with Barnes and Charlotte welcoming a baby boy.

FBI: Most Wanted Season 3 Episode 10 is 4 January 2022. It is titled,”Incendiary”. The official synopsis of the episode suggests the team will be on a hunt to catch young man who makes napalm-style bombs. He is taking down his targets and team has to rush in. As this goes on, Tali is away leaving Jess and Sarah trying to adjust with each other as they miss their little girl.