When beauty is in the eye of the beholder, is it possible to name someone the so-called 'Visual Hole'? 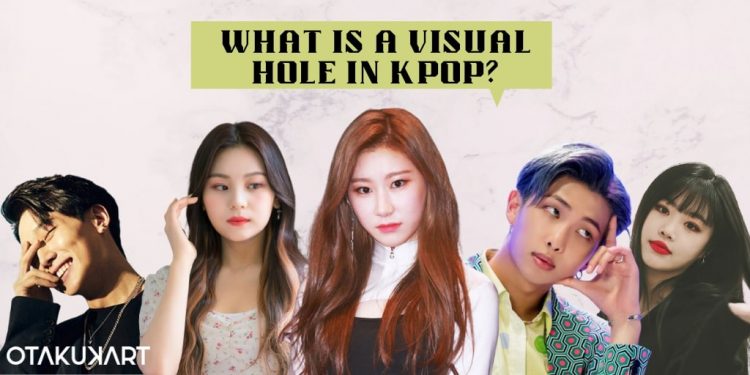 A Visual Hole In Kpop

Since the kpop industry was established, many fans have discussed the term ‘Visual Hole’ of the kpop group. It is a malicious concept that can hurt the kpop idols’ emotions and the fans’ feelings. After all, people giving you names just because you don’t fit their silly beauty standards is a whole new level of absurdity. Sadly, many kpop idols have gone through the same fate for years! It is a harsh reality of the kpop industry. Nevertheless, it is the reality they face every day!

Some people may consider Visual Holes only comes from the less popular groups but, that’s not the whole truth! Despite being a part of the famous kpop group, many idols are named Visual Holes due to their non-fitting unique beauties, which netizens fail to realize! However, because of this silly ‘Visual Hole’ concept, many idols have gone through a rough patch, tasting the bitterness of the kpop industry! Whereas some idols completely transform their looks while others face mental breakdowns. Even after knowing that targeting someone with this absurd concept can lead to some severe consequences, should we really name someone a Visual Hole of that particular kpop group?

What Is The Meaning Of A Visual Hole In Kpop?

Many kpop fans must be wondering the exact meaning of a Visual Hole in kpop. Of course, there are numerous definitions. But probably the one that seems to fit is- The term Visual Hole refers to the member of the kpop group who is unattractive, not fitting the visual of the group and thus running the perfect line of visuals. We all know that each kpop group has a visual who is considered a most handsome or beautiful member. The same goes with the Visual Hole, except it is completely opposite of what we call Visual!

However, it is absolutely a ridiculous concept which many netizens follow. How can someone call another person ugly or unattractive when beauty is in the eye of the beholder? Beauty is subjective, and indeed different people can have different definitions of beauty. Therefore, calling one, especially a kpop idol, visually unfit of the group is a pretty messed up concept.

Also, there is a term called ‘Korean Beauty Standard,’ which simply means having a slim or well-toned figure, pale skin with doe-like eyes, straight nose, and small pink lips! And whoever does not fit this beauty standard is called a Visual Hole.

For years, numerous kpop idols have been victims of the cruel reality of being Visual Hole of the group, which is nothing but absolute nonsense. There is nothing wrong with having different opinions. However, calling someone visually unfit because their beauty standard doesn’t match your preference is something we and many fans disagree with. Still, countless netizens tag some kpop idols with this stupid concept for ruining the perfect line of visuals. Here is the list of some kpop idols regarded as Visual Hole-

Due to her unstable weight, Red Velvet‘s Wendy had received countless negative remarks. Although it was nothing like gaining 10 kg or something, still, netizens used to come after her. The Korean beauty standards of kg having a slim body never matched Wendy, which eventually led to naming her a visual hole of Red Velvet.

iKon’s Bobby was the target of spiteful comments because of not possessing those handsome flower boy features. Bobby used to be called visually unfit for iKon With his small eyes and tough look.

GFRIEND’s Umji had received one of the worst remarks from netizens for her appearance. Her healthy body weight and chubby cheeks that did not match Korean beauty standards made her a visual hole of the group.

Another name that has been a target of these so-called visual standards is BIGBANG’s Daesung. Daesung used to receive countless negative comments, despite being part of the world-famous kpop group just because of his tiny eyes, big nose, and thick lips. Since according to netizens, his appearance was nowhere near as the other members.

After his debut, NCT’s Shotaro also was pinpointed for not meeting the prince charming visual, which the other members possess. Some netizens even wanted him to leave the group just because of his unfitting appearance and thus named him a visual hole of NCT.

ITZY’s Chaeryeong also has received numerous awful remarks due to her uneven facial appearance. For instance, her upward titled eyes do not match with her big nose and tiny lips. Thus, according to netizens, Chaeryeong does not fit to be in ITZY, which is a perfect visual.

Besides the mentioned, many kpop idols used to be called visual holes, including MAMAMOO‘s Hwasa, TWICE’s Jihyo, Girls’ Generation Hyoyeon, BTS RM, (G)I-DLE’s Soojin, and many more. Those idols have transformed their look with healthy diets and strong confidence. However, it is ridiculous calling them visually unfit for the group just because of their appearance and neglecting their talent, which is pure evildoing. Therefore, instead of this idiocy, we should spread positivity and support every idol based on their talent and skill!