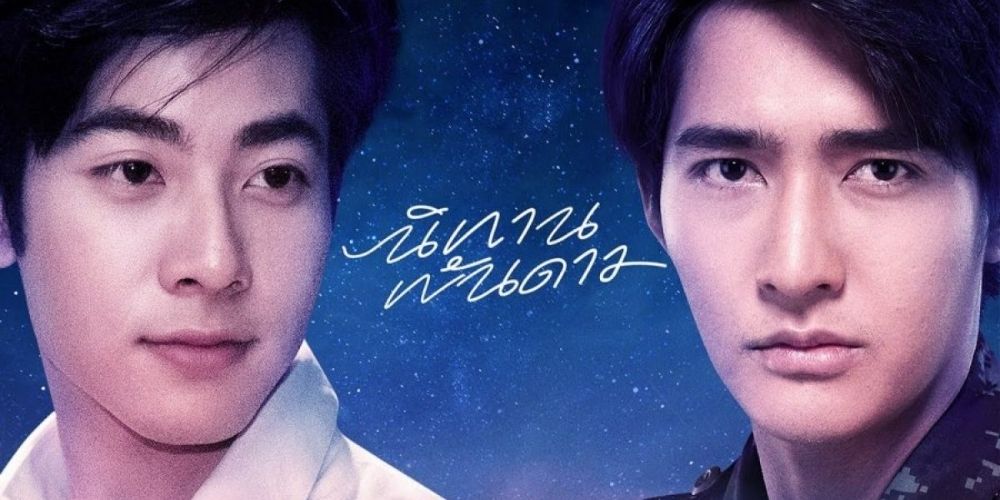 The drama A Tale of Thousand Stars 2021 is an ongoing Thai drama. It revolves around the Boys Love genre. Backaof Noppharnach Chaiwimol directs the drama. Also, the screenwriting is handled by him and Pongset Laksamipong. The drama revolves around the life of a boy who meets an accident and needs a heart. A teacher who dies in an accident eventually gives him her heart. After that, the boy falls in love with the same person the teacher was in love with. The drama is emotionally romantic and very beautifully put together. The genre of the drama revolves around Romance, Drama. It is also known as A Tale of Thousand Stars, 1000 Stars.

According to the current stats of the ongoing drama, we will be rating it 8.5. The drama is quite interesting and surely something that you will get hooked up to. There is a total number of 10 episodes in the series. Each episode has a runtime of 1 hour 5 minutes. The drama is surely long with the time span, but the viewer will not get bored. The drama got on air on January 29, 2021, and will go off air on Apr 2, 2021. Overall this drama is something you can watch if you are into BL-orientated dramas. The story is beautiful and quite different from the usual love stories. The drama is available to watch on GMMTV. You can watch the drama online too, and it is also available on YouTube. The episodes got on air every Friday. The official networking partner of the drama is GMM 25.

Star Cast of A Tale of Thousand Stars 2021

The drama A Tale of Thousand Stars 2021 drama revolves around the love life of two males who meet each other during the volunteering class. The drama is starring Mix Sahaphap Wongratch as Tian Sopasitsakun, Earth Pirapat Watthanasetsiri as Phupha Viriyanon. They are the lead actors of the drama. The story revolves around their love story and how they fall for each other.

Overall the drama is set in such a compact and better form due to all the actors who play a prominent role in the drama. Moreover, there are several guest roles, too, which help in the building of the plot. Overall this is one of those dramas you will stick with till the end until the whole series get over in one go. There is romance, love, Sacrifice, society pressure every element that you are going to enjoy.

Read More- What To Expect From That Night Kdrama?

The drama A tale of Thousand Stars revolves around a boy born into a rich family with all amenities. He wants to explore life but is kept inside a bubble for a long. On the other side, there is a girl who is a volunteer teacher. She was in love with a guy name Phupha. She meets with a tragic end as she dies in a car accident. Meanwhile, Tian needs a heart. The girl eventually passed on the heart to Tian. The heart transplant surgery took place. After the whole operation, Tian comes to know about the donor. He reads her life through the diary, which reveals her secrets and her interest field. In the diary, she wrote about her wish to count a thousand stars with the chief forest officer Phupha.

Tian decides to follow up in her footsteps and fulfill her wishes. He goes there and volunteers himself as the teacher. He decides to make Phuphan his friend and get close to him. Initially, Phupan is quite cold towards him, but the villager and children love him. Slowly and steadily, Phuphan gets close to Tian. Tian gets butterflies whenever he passes by him, the same as the owner of the heart. The drama goes to both the males’ closeness and how they go through the difficult patch of life. Will Phupha accept Tian, and how the story unfolds will be seen in the drama. 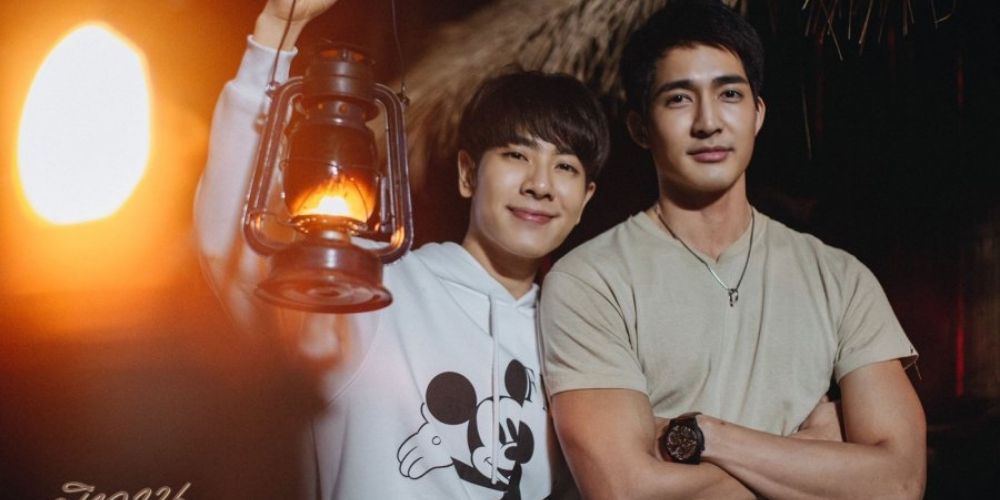 Episode 9 of the drama starts with Phupha saving Tian from the bullet that some invaders shot. They were trying to do some illegal stuff in the forest. During this whole thing, Phupha got injured and taken to the hospital. Tian was injured too, but he wasn’t as injured as Phupha. After going to the hospital, Phupha was treated and operated on, and Tian gas to wear a cast. After this, the next day, Tian’s father comes to visit him in the hospital. There was a heated conversation between them as the father asked him to come back to the city, leaving the village. Tian being attached to the village children, and Phupha does not want to leave. He goes completely against his father and asks him to leave as he won’t come back with him.

After this, Tian leaves Phupha and sees he is finally conscious plus, before all this, Tian is seen talking to Phupha and explaining about Trofun’s heart. He confesses his thought. Coming back to Tian meeting Pupha, they solve the issue of Trofun heart which is kept a secret. Phupha and Tian share a beautiful and pure moment as he asks him not to leave him. After this scene, the other scene occurs where Tian eavesdrops on Phupha and his father talk about all the things.

He then realizes that Phupha is involved with his father, and from the beginning of the series, he was well versed in Tian. Also, it is seen that Tian’s father is thanking him for taking care and ask him he will be provided with all the help he needs. This makes Tian shattered, and he leaves. There is an angry side of Tian seen. He asks him about the scene, and Phupha confronts and says he is involved with this father and asks him to leave the village. Tian being stubborn, doesn’t leave and stay there and continue teaching. The cold war is seen between both of them. After this, Phupha announces Tian leaving the place on new year’s eve, after everything falls apart, but Tian wants to fulfill the last wish of Turfon to count a thousand stars.

Also, a farewell party is thrown from Tian, where he is seen getting emotional. After the party, he leaves for the mountain height. He tries to count the stars but gets emotional. After this, he is joined by Phupha, and he hugs him and cries over that he isn’t able to fulfill her last wish of counting stars. The episode ends on the hug. 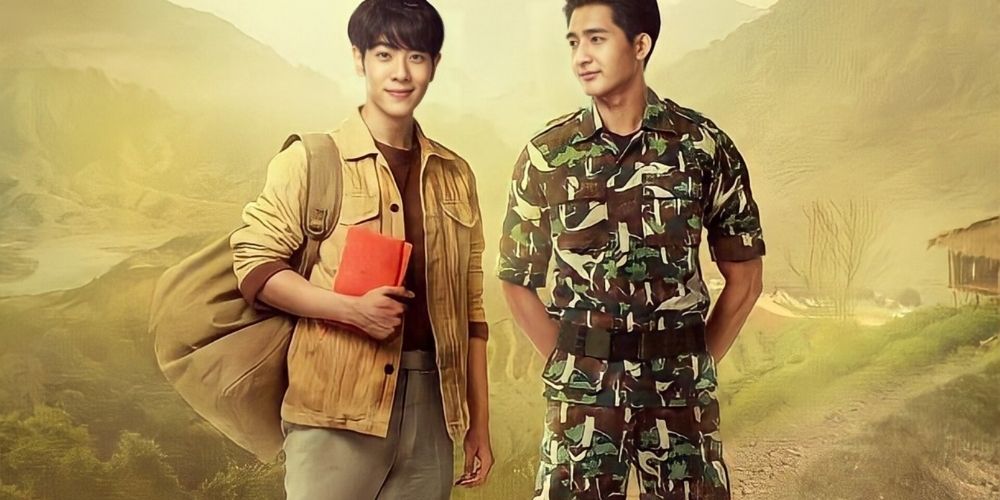 The drama A Tale of Thousand Stars 2021 revolves around the love of two male who is into each other. The drama is quite beautiful, and the love which is shown is pure and cute. The last episode of this season was released on 2nd April 2021. The drama starts with an emotional scene of Tian leaving the village. The children and the villagers are sad about it, and they cry over Tians leaving. After this, it is seen that Phupha is sad, and he recalls all the moments he spends with him. From the day he started falling in love with Tian to the day he leaves. He is sad, yet he cannot express his feelings about him leaving the place. Tian ends up with his family, sitting together, and there are happy family moments seen.

Tian is happy to be back, but he misses the village, the children, and everything about the place. Over the top, he misses Phu Pha. After this, it is seen that Phupha, with other officers, resumes teaching the student. After the end, it is seen that Tian is leaving the country for further studies.

The airport scene shows he is bidding everyone goodbye and is waiting for Phupha to come and tell him goodbye. He calls him and thinks he won’t come, but to his surprise, Phupha visited him and hugged him before he leaves. After this, Tian asks him to wait for his coming back to start afresh. After his, it is seen that Phupha changes the story of the green giant completely and waits for Tian. One day he gets a command that someone has taken over the mountain top.

He rushes there and sees Tian waiting for him. They both hug each other and lived happily after this incident. The drama ends on a happy note. Everyone got the love they deserve. The acceptance is seen, and everything falls to the right place. Overall this is an emotional yet romantic drama. If you are interested in BL drama, this is surely something that you can watch, and you will surely love it.