Kindred Spirits Season 6 Episode 2 sees Amy and Adam diving deep into an unusual object that may have triggered paranormal activity. 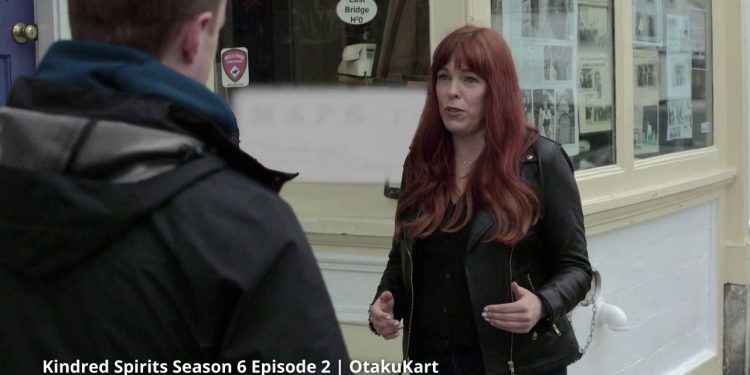 Kindred Spirits Season 6 Episode 2 sees the most unusual thing around the house, triggering an entire paranormal activity. But before we move to the same, we gotta say Kindred Spirits kicked off the new season on quite a scary note. The duo of Amy and Adam were visiting an old Masonic building that was subject to 13 years of paranormal activity. At least that’s what Lorrie, who is living there and selling antiques, says. If that wasn’t enough, Amy and Adam’s search uncovered something far darker that led the cops to take over.

So yes, the first episode came up with a lot more than just a haunted place. The history of the people living there was something worth taking a look at. Why did the Undertaker leave the place, and what was so unusual about his behavior? Chip believed someone had disrespected the place. There are notions that a spirit hasn’t left the place and is staying there. Lastly, there is actually someone who didn’t get a proper goodbye. Here is what went down.

Previously on Kindred Spirits, Adam and Amy were visiting East Bridgewater, Massachusetts, to investigate a 130-year-old Masonic building. It was once a Mortuary, Mason’s Lodge of the secret society The Free & Accepted Masons. They met Lorrie, the owner of Mrs. Swifts & Moore Antiques, and heard the history of the place and the experiences she had for years here.

From empty perfumes giving in smells to people getting touched and pushed. Going sick while you visit the basement to people falling unconscious if they slightly disrespect the place. The place has a history of activities such as these going on, especially in the store on the other side.

Amy and Adam invited their friend Shawn who has been a Freemason for years. Probably him talking would lead the Mason spirits here to reply or make a movement. They did give it a try and took a check on EVP. Chip, on his side, after looking at all of this, felt that someone had disrespected the death. All he can feel is disgrace over here.

Also Read: Which Country’s Motors Are Next On The List For The Grand Tour Season 4 Episode 5?

The duo later met local historian Wayne Nye to learn more about the history of the place. The story of the second Undertaker caught the attention of the duo. The story told that he was running from something. The second day of investigation saw Amy and Adam recording some answers to their questions. Related to the second undertaker in the funeral parlor and then.

The next step saw Amy and Adam going to the basement and doing a spirit box session. The session answered a number of things and hinted at someone left behind here. This saw them directed to a corner where a body could be buried. A dog also hovered around the same. On top of that, the Ground Penetrating Radar showed further proof of something buried there. As a responsibility, the show’s team decided to report the cops and stop further shoot. What was buried there remains a secret.

Kindred Spirits Season 6 Episode 2 will be released on 25 December 2021. It is titled “Watch Over Me”. The official synopsis of the episode suggests Amy Bruni and Adam Berry are visiting a house that might have triggered paranormal activity through an old shoe. The owner of the house doesn’t have an idea if it’s the shoe or something else behind the activity. This sees Amy and Adam conduct their own investigation with Chip which further leads them down in the attic.

Takt Op. Destiny Season 2: Will it Happen? The Story So Far