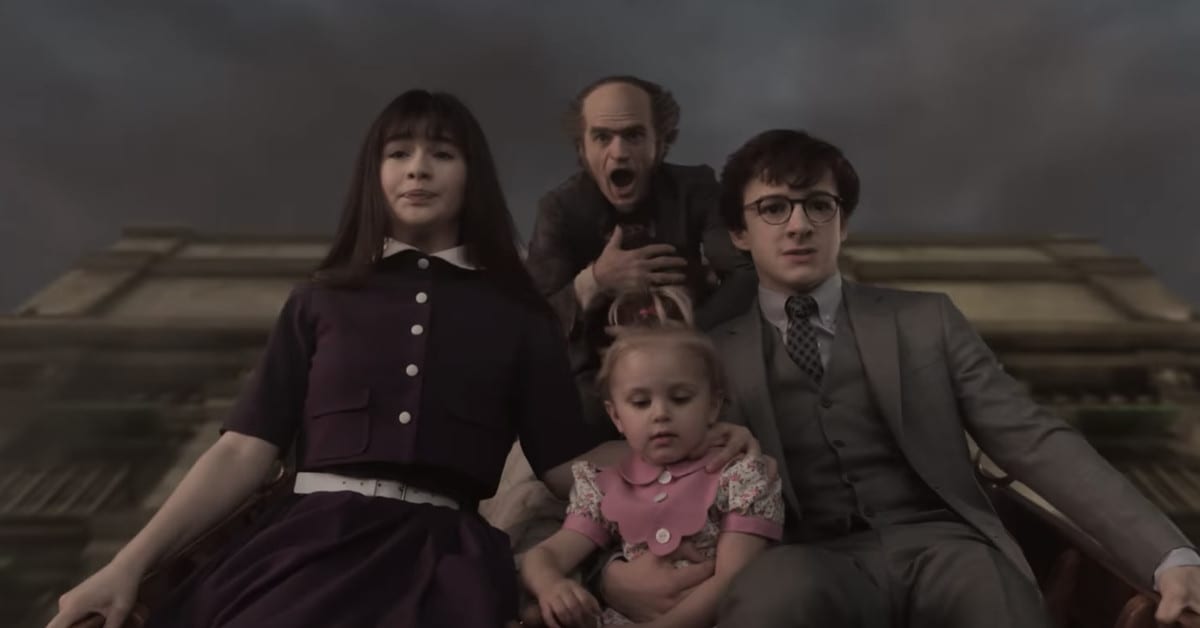 A Still From A Series Of Unfortunate Events Featuring The Characters Violet, Klaus, Sunny and Count Olaf; Credits: Netflix

Originally debuting in 2017, Netflix gave quite a cute gift to the fans of A Series Of Unfortunate Events books. It came in the form of full-fledged web series. Thus running for three pivotal seasons taking cues from the book with an adaptation of a dark and funny story for a wider audience around the world. Mark Hudis and Barry Sonnenfeld developed the series telling the story of Baudelaire children, Violet, Klaus, and Sunny, after their parents and their home are destroyed. The show starred Neil Patrick Harris, Patrick Warburton, Malina Weissman, Louis Hynes, K. Todd Freeman, and Presley Smith in the lead roles.

It’s been more than two years since A Series Of Unfortunate Events ended its three-year season run on Netflix. Still, a number of questions around the ending bug the fans and make them think twice. Ishmael’s motives, the sugar bowl mystery, and a lot more to the world it was set in. This often led them back to reading the books or watching the series again. So here we are, taking a look of our own at what went down in the series and what the final season meant.

So, the ending episode of A Series Of Unfortunate Events gave an answer to a number of questions around the series. We will go in a linear line with the events of the final episode titled The End. Let’s break it down piece by piece. So, first, let’s talk about Ishmael, who the Baudelaire children met on the Island.

The final episode revealed Ishamael as the founder of VFD. According to Ishmael, the idea for VFD was to bring together talented individuals and fight the injustices of the world. In turn, bringing the piece to the world. But unfortunately, the idea fell apart. All the members divided and went their way.

A Still From A Series Of Unfortunate Events Featuring Ishmael

So Ishmael left to live in exile on an island and created a place much like Adam and Eve’s paradise for his own. Furthermore, also his look signifying himself much like God. He basically avoided people living with him from reality. Only because when they are educated, much like Baudelaire’s. They know the ins and outs of the world from the books and all the education they receive and decide to question everything. Thus, dividing the world which he fears. Especially when it comes to questioning his authority, he avoids letting the innocence of the world he created be ruined or disturbed. But, they likely used all the benefits that washed up on the sea for themselves.

The Sugar Bowl and The Vaccine

Let’s talk about the sugar bowl and its contents now. So the final episode of A Series Of Unfortunate Events saw Kit explaining the inside of the sugar bowl. Plus, the reason everyone is behind it. It contains a kind of sugar developed by VFD to fight off Medusoid Mycelium. We also learn that it’s not a cure but a kind of vaccine instead. Thus, Sunny, who was previously infected with Medusoid, got infected again. 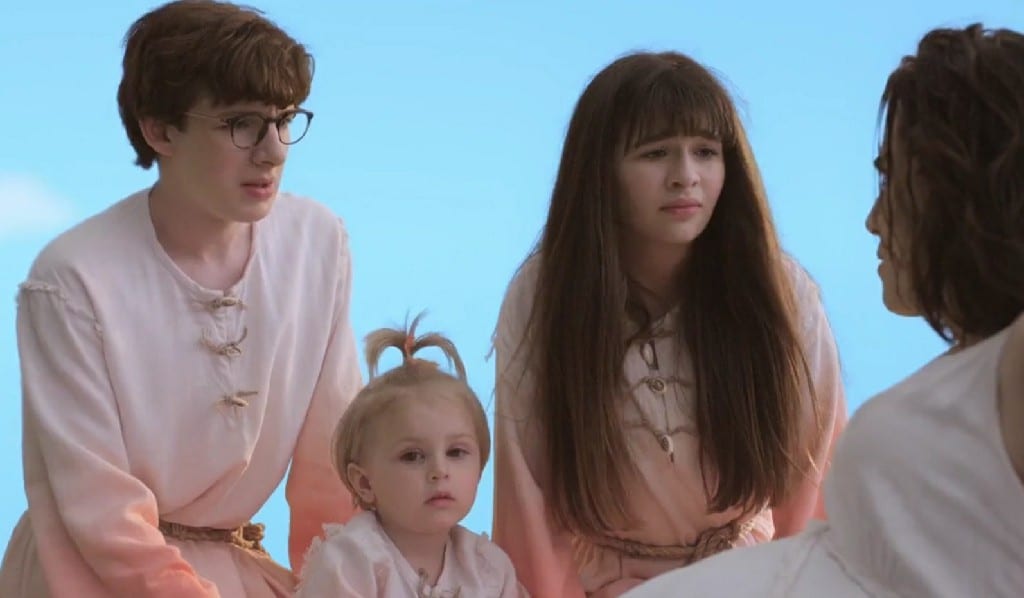 A Still From A Series Of Unfortunate Events Featuring Violet, Klaus, Sunny, and Kit

Apart from that, we also learn that when children did get infected on the island again, the parents had already recreated the sugar bowl. The vaccine came from the tree that their parents grew, resulting in an Apple from the tree that can help. An apple which upon can cure you of Medusoid Mycelium. Furthermore, also in one of the scenes in the episode when Ishamel and his people are infected. Ishmael is the only one who doesn’t feel the effects because he has been eating the apple for years.

We also meet Lemony again because in the past when he and Beatrice attempted to steal the Sugar bowl from Esme. The one who didn’t want to give away because she wanted to complete her set led them to attempt a heist. They both found themselves in trouble for it, and Lemony decided to take the fall. Plus, Olaf vowed Beatrice would burn, signifying the burned-down Baudelaire mansion. 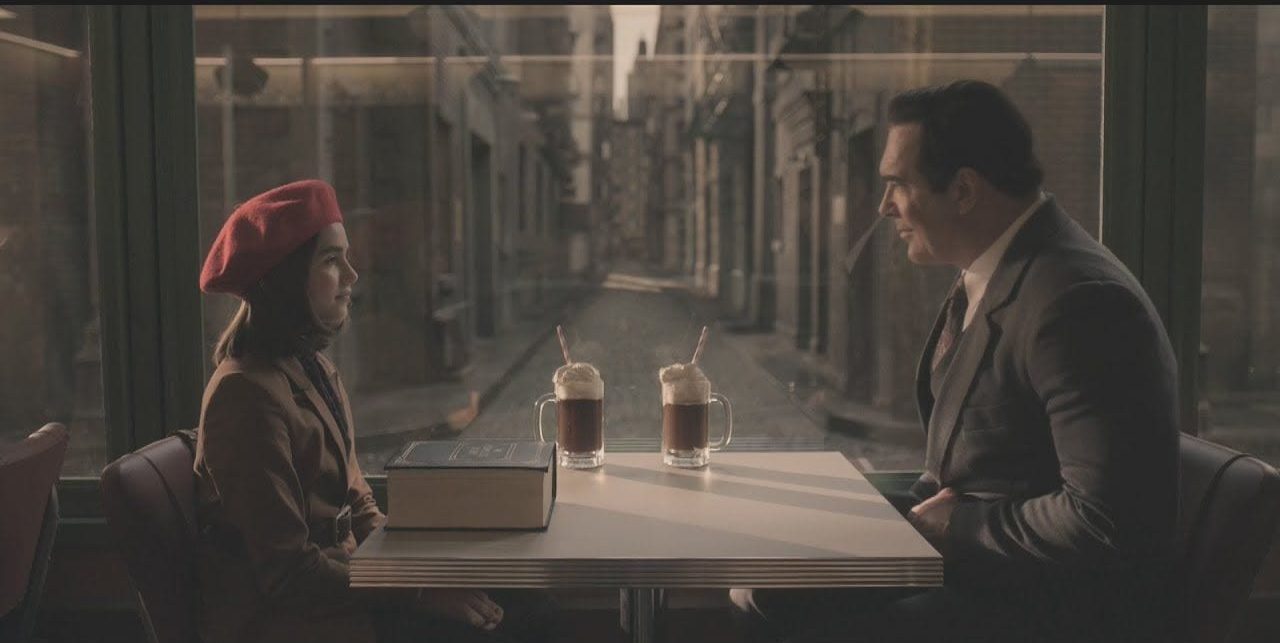 Also, note Lemony and Beatrice’s love also signified the importance of children as we see Lemony meeting his niece. Probably 10 years into the future as she told him about her adventures. She is the same daughter from Kit, who was raised by Baudelaire for years. Another love story that ended the series was Olaf’s love for Kit. Ismael shot him, and he died right by Kit’s side. The scenario clearly explained why Olaf didn’t mind breaking up with his girlfriend, Esme. Plus, for the time being, they were hinted the same.

Also Read: Netflix’s The Upshaws: What Is The Show About?