Andy almost defeated Chucky again until someone surprising showed and we wonder Chucky Season 1 Episode 9 has something in store for it. 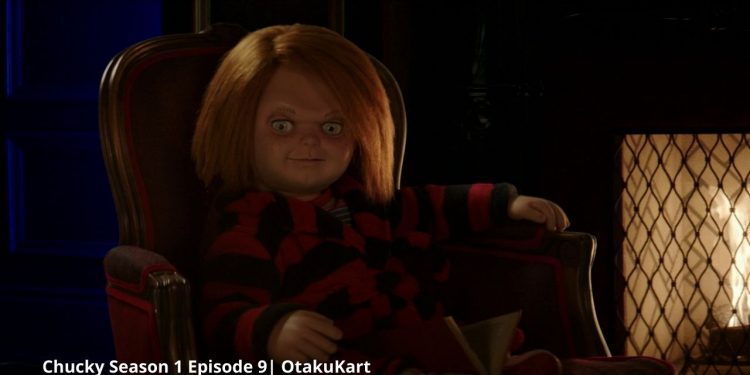 Jake, Lexy, and Devon brought Andy and Kyle into the picture, so Chucky on his side brought an entire army of Good Guy dolls. So far, everything worked in the favor of Chucky. But even Andy wasn’t giving up without a fight. So more or less, the recent episode saw Chucky trapping Andy, which almost saw him dying. Towards the end, he came back all alive to drive all the dolls away. But an unexpected return changed the game, and we wonder Chucky Season 1 Episode 9 will have an answer for that if it’s happening.

So before we come back to this unexpected character return, we gotta admit Chucky played the cards right this time. Jake, Devon, and Lexy never quite had their game on, against him. It was probably Chucky’s own team that messed up a bit. He got a little closer to Nica, and Tiffany was filled with jealousy. This same jealousy saw her doing something Chucky never saw coming. From here on, he could have picked himself quickly or let Andy have the last laugh. Here is a look at everything that went down recently on the show before we move to Chucky Season 1 Episode 9 or Season 2 if it’s happening.

Previously on Chucky Season 1, we opened up with Andy Barclay’s arrival at Wheeler’s Residence. While Chucky managed to clean the body of Logan and hide before Andy sees him. Andy grills Junior but to no use. Therefore he had to leave. Meanwhile, one of the Chucky dolls tried to attack Jake and Lexy before Kyle made an appearance and killed it. In order to protect the kids, Kyle drugged them and went hunting for Chucky and saving Devon all alone.

Chucky and Junior managed to find Tiffany and Nica. Tiffany introduced Chucky to his army of Good Guy dolls. At this point, they are planning to lay a trap for whoever comes to Devon’s rescue. At the same time, send all of these dolls across the country in a truck. Chucky’s growing closeness to Nica saw Tiffany getting jealous. A conflict broke off, resulting in Tiffany betraying Chucky and cutting his head off. She left with Nica, and the trap on with Devon still tied up. If someone opens the door, the house blows.

Chucky picked himself up to kill Devon, but Andy arrived in time. He set Devon free. As Andy was about to interrogate a fallen Chucky, Kyle arrived not knowing about the trap. Thus blowing the house off. Jake and Lexy woke up to find out that before they could leave to rescue Devon, the house blew. Luckily Devon had survived, but nog  Andy or Kyle, the kids were all alone again.

It was the night of Frankenstein’s Premier, Chucky killed Lexy’s father, Ethan. Then along with Junior, lured Lexy into a trap. They tried to convince her to join them, but Lexy convinced Junior to change. Junior turned and attacked Chucky but in the process, was killed too. While the theatre went empty after the murder of Ethan, Jake came out and fought Chucky to kill him with his own bare hands.

The episode came to a close with Jake, Devon, and Lexy watching Andy steal the truck full of Chucky. Although Andy thought he won, Tiffany the doll came out of nowhere to hold him at gunpoint. The next day we see Tiffany amputating Nica’s legs and arms. Jake, Lexy, and Devon remember the ones they lost.

From Chucky Season 2, we are expecting to see what Tiffany The Doll brings to the mix. She has Andy on gunpoint, and we wonder if she wants to save the Chucky’s Good Guy Doll army or kill them. Especially with the fact that Tiffany the person doesn’t like Chucky anymore. Therefore, she might not be willing to follow him. We can’t say the same about Tiffany the doll.

Coming to Jake, Devon, and Lexy, well they may grow up by next year if the show is willing to take a time jump. Also, we wonder, after facing Chucky, will it be Tiffany who would be hunting them down. If not just her, will she join forces with Chucky and his army to continue the wrath Chucky couldn’t play in the finale of Season 1? Well, we may soon find out once Chucky Season 2 arrives by the next year.