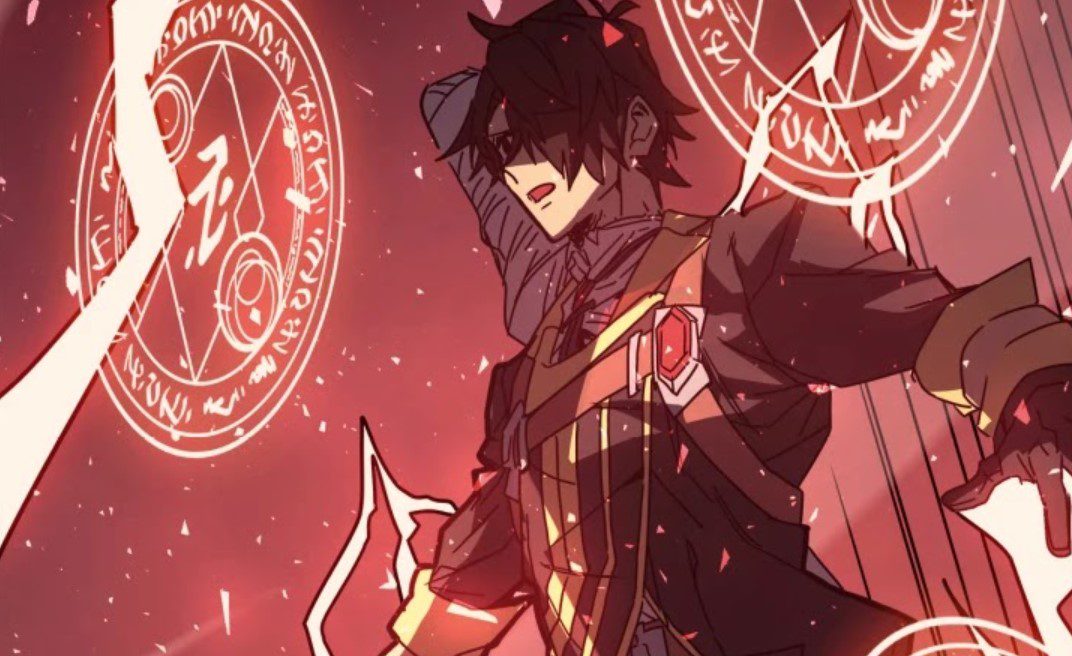 Desire and his crew have confronted a lady responsible for mining controlling their comrades. The long red-haired lady wearing a mask welcomed them and said she thought she would fall asleep waiting for them. The lady asks them if they want a kiss since they didn’t hesitate to come. Desir comments that the only thing they have come here for is the villain, and they must stop the magic she activates. Let’s discover how Desir and his team will counter the villain in the recent development of A Returner’s Magic Should Be Special.

The red-haired lady told the trio that she put on her effort to activate that spell, and, unfortunately, she can’t cancel it. Pram and Adjest swing their blades, and the lady comments that if they don’t get satisfied by a kiss, they can tell her anything they want. The trio had no time to entertain her and show her that they have come here for battle. The lady comment that they must know the name of the artist who is about to sculpt them and said she is Dracul Labute Elkaera. Dracul Labute Elkaera is the last Blood Mage in this world, and he is also an artist.

Dracul told the trio that it is time for her to sculpt them. Desir steps forth, but his sword is still in its pocket. Dracul told them they must be worthy of getting cultured, and Desir wields a gigantic Axe flowing with magical green Aura. Dracul is impressed that Desir is the hotheaded one, and he is worthy of becoming her puppet. The muscular beastman arrives and lands in front of Dracul. Dracul asks the guy if he wants a kiss to protect her from those minions.

A Returner’s Magic Should Be Special Chapter 159 Highlights

Dracul told those minions to f off, and Dracul blows some lovely kisses to him. Desir receives a message that the enemies have rushed to the building and asks if they should start with their plan. Desir told his men to begin with the operation, and Dracul is unaware the building got surrounded. The warriors received a messaged to kill many enemies before Dracul knows. They begin to snipe the enemies, and the high-ranked beast humans start to smash the humans while calling them brats. One of the high-ranked beast humans wonders why these guys are killing his underlings.

The beast tribe discovered a sniper in North East build, and they must find them and kill them. The leader of the beast tribe comments that he will kill the trio while the other kills the weaklings out there. The guy jumps and swings a giant Axe aiming to slash Desir, but Adjest blocks the blows and tells the big guy to step aside since he is her opponent. The leader of the beast tribe wonders how dare a lady challenged him, and she wants to ruin her reputation by blocking his missive strike. Adjest managed to bring the fight to the ground while dominating the beast. 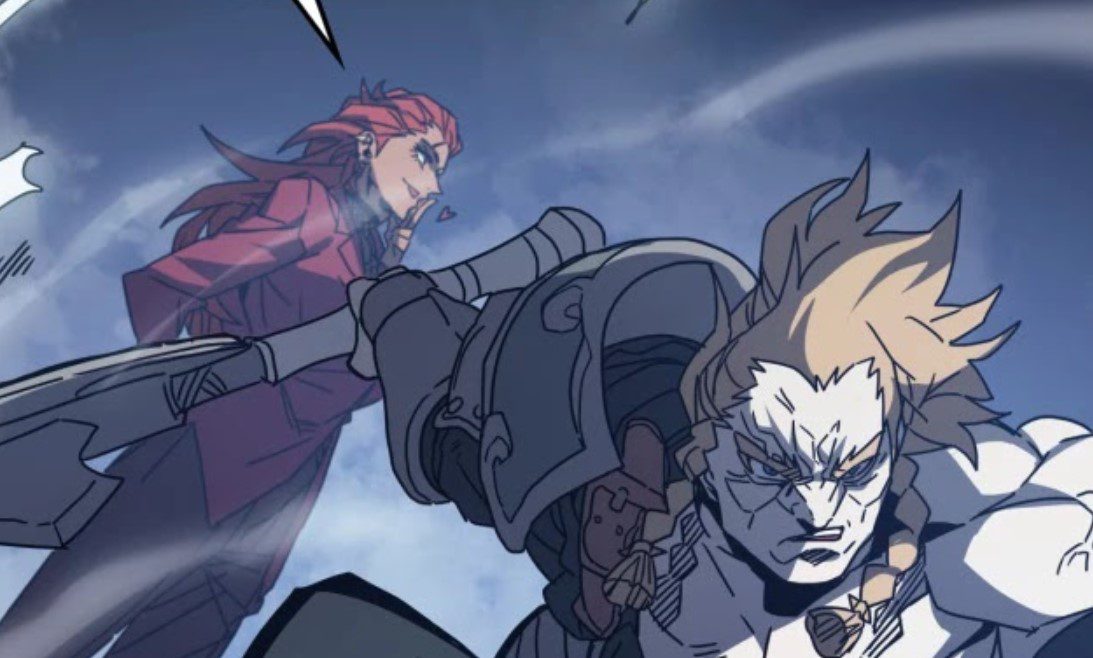 Dracul prases her that she is a tough girl, and Adjest unleashes Pilar Ice hammering the beast with a shower of ices. Desir talks with Pram as they watch Adjest taking one-on-one with the beast. Desir reminds Pram to get ready since Raden’s underlined might join the fight trying to knock Adjest. Pram replies that she can keep up with their speed, and he told her to go and help. Pram comments that she will blow those guys with a single hit and return quickly.

Dracul told Desir that now it is two of them as a couple. Dracul unleashed a pool of blood and told Desir that they could begin sculpturing. Desir unlocked a powerful spell and said to her that he would use force to make her dispel her magic. Beast Man vs. Adjest continues, and he told her that she is boring since she is tickling him. Adjest uses Aura Concentration: Mount Hurricane against Beast Man and notices that the angles of her attacks are getting read.

Beast Man is impressed that Adjest is more robust than he thought, and he decides to fight without conserving Mana. Adjest fire back with Frozen Palace. Beast Man comments that those attacks can’t beat him. Adjest smashed him use an Ice Golem. The Beast Man survives that, and she uses a Magic Sword: Ice Wave. Desir and Dracul exchange massive strikes, and Dracul summons Blood Beast. Desir counters that with Sigh of Kizard, and she replies with Blood Explosion. The battle continues.

A Returner’s Magic Should Be Special Chapter 160 Release Date

Also Read: Spoilers: A Returner’s Magic Should Be Special Chapter 159.