Strangers Things Season 4 trailer has just arrived and it promises an even crazier, grander, and darker story than the previous installment. Clocked in at slightly over three minutes, the full-length trailer for Season 4 had been a long-time coming. The fans of the Netflix sci-fi fantasy series have been dying to get a proper peek at the upcoming outing. There even has been a long-running counter for the first full-length trailer for a while.

The anticipation has been beyond the heavenly realms and the show has finally delivered. The 3-minute-long trailer promises some absolutely insane developments. This is unbelievable and kind of difficult to grasp after the bonkers phenomenon that was season 3. However, the trailer for Stanger Things season 4 has it all, and then some.

Believe us when we say that it kind of shatters some expectations and booms past them all. Talking about the scope alone, the show seems to be heading towards a hyper-cinematice grandeur with collosal set pieces and vast, desolate, and fatal alien landscapes. The Stranger Things lore also seems to be expanding in a dramatic way. The trailer gives us a look at the main antagonist hailing from the upside down realm. What makes this first look at this antagonist is that it seems to be an evolved form of a Demogorgon. The flower-mouth creature from hell that has been terrifying and gobbling up the Hawkins citizenry so far, as it turns out, is not the final boss that our protagonists have to contend with. 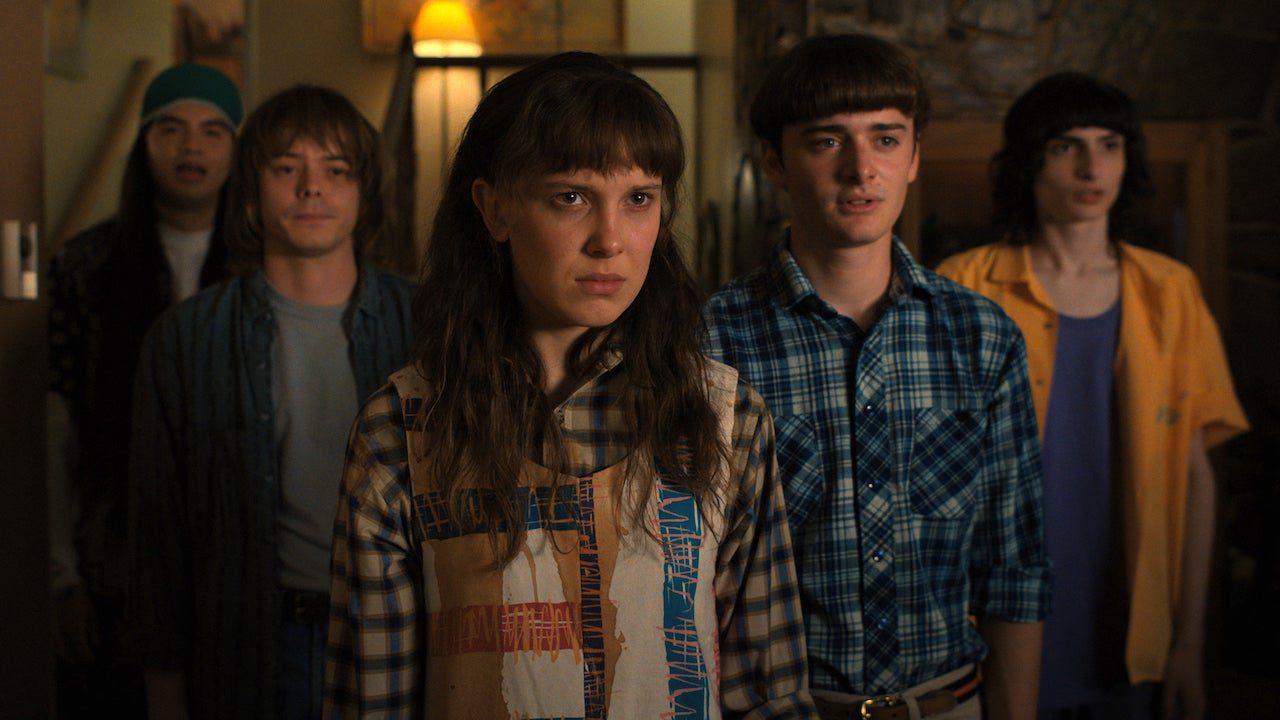 An end boss who appears to be much more humanoid in his form, with numerous alien tentacles shooting out of his back, narrates the beginning of the trailer with his ominous warning to our heroes. We might be looking ahead at a bigger and more elaborate exploration of the Upside-down. The secretive goverment agencies are also going to play a major role. At least that’s what the trailer seems to suggest. And it seems that they might be working along with Eleven to defeat the bigger nemesis. However, how will that pan out, given Eleven lost her powers in season 3, is currently a mystery.

Talking about mystery, another inexplicable thing seems to be happening with Max. In one of the shots near the end of the trailer, we see Max start to fly. What does that mean? Has Max developed supernatural powers of her own? Did Eleven’s powers somehow transferred onto Max’s body? Or the scene is just a distraction and a dream of some kind? Honestly, we don’t have any way of saying right now. What we can say, though, is that this trailer manages to satisfy some of the extreme thirst fans have had for so long. At the same time, the trailer also manages to trigger a ton of excitement and anticipation for the season among fans.

What More Does the Trailer Reveal?

The trailer also reveals quite a bit about what our teenage protagonists will be upto now. Eleven, Mike, Max, Will, Dustin, and Lucas are living their lives separately for the first time. Navigating their new lives while going through the formative years of high school will also be a big deal. We are going to see our protagonists traverse the emotional landscape of adolescence and high school life while also dealing with a mystery and supernatural perils aplenty. Get ready for an epic fourth installment, y’all!

Stranger Things season 4 will release in two split parts. Volume 1 will hit Netflix on May 27, 2022 while the second volume will premiere on the platform on July 1, 2022.