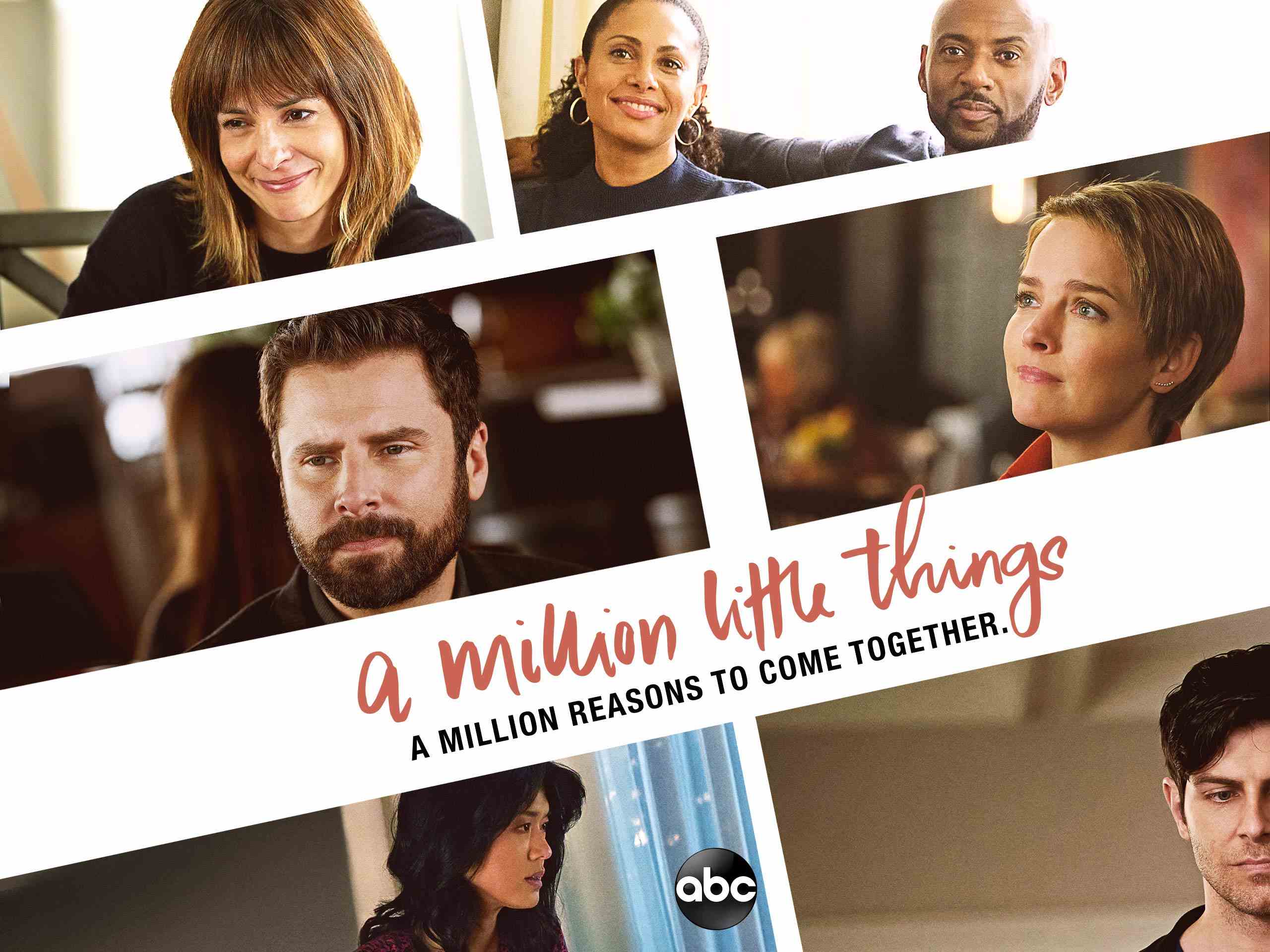 Nobody can deny that friendship is one of the most precious and trustworthy bonds for anybody. There are many movies as well as shows that focus on friendships. If you are looking for such a series or movie that highlights friendship as its theme, then A Million Little Things might be one of the best options for you. Four seasons of the show are already out, and A Million Little Things Season 5 is on its way to attack our screens.

This series is beautifully designed, showing real-life friendships and issues. All the episodes aired yet were in some or the other way related to our lives. People come, people go, but we have to keep ourselves moving to survive. The show also starts with losing an important person, and then many additions and subtractions occur. We face many challenges in our day-to-day lives like relationship issues, career issues, friendship issues, family issues, and much more. A Million Little Things highlights these all and teaches us that life is not about big things. It is about a million little things.

Is A Million Little Things Season 5 coming? When will it premiere? Is there any official trailer for this new season? What is the series all about? Who are the cast and characters of the show? Who are the crew members or the showrunners? What happened in the 4th season of the show? What can we expect from this upcoming installment of the TV Series? Read this blog to get the answers to all these questions, along with everything else you need to know about this series and its renewal.

A Million Little Things Season 5: Renewed or Not?

The last season or the 4th season of this series ended recently, and it was not the final season of the show. The last episode, which aired on 18th May, also left many questions unanswered. This created curiosity among us all to know about the next season of the series. Here is a piece of good news for everyone. Finally, the show is renewed for its next season on 13th May 2022.

As per the sources and predictions, A Million Little Things Season 5 will most probably premiere in the middle of late 2023. The declaration of the renewal of the show before the end of the last season suggests that the viewers won’t have to wait for so long to watch the next episodes. The showrunners are going in a pre-planned manner. 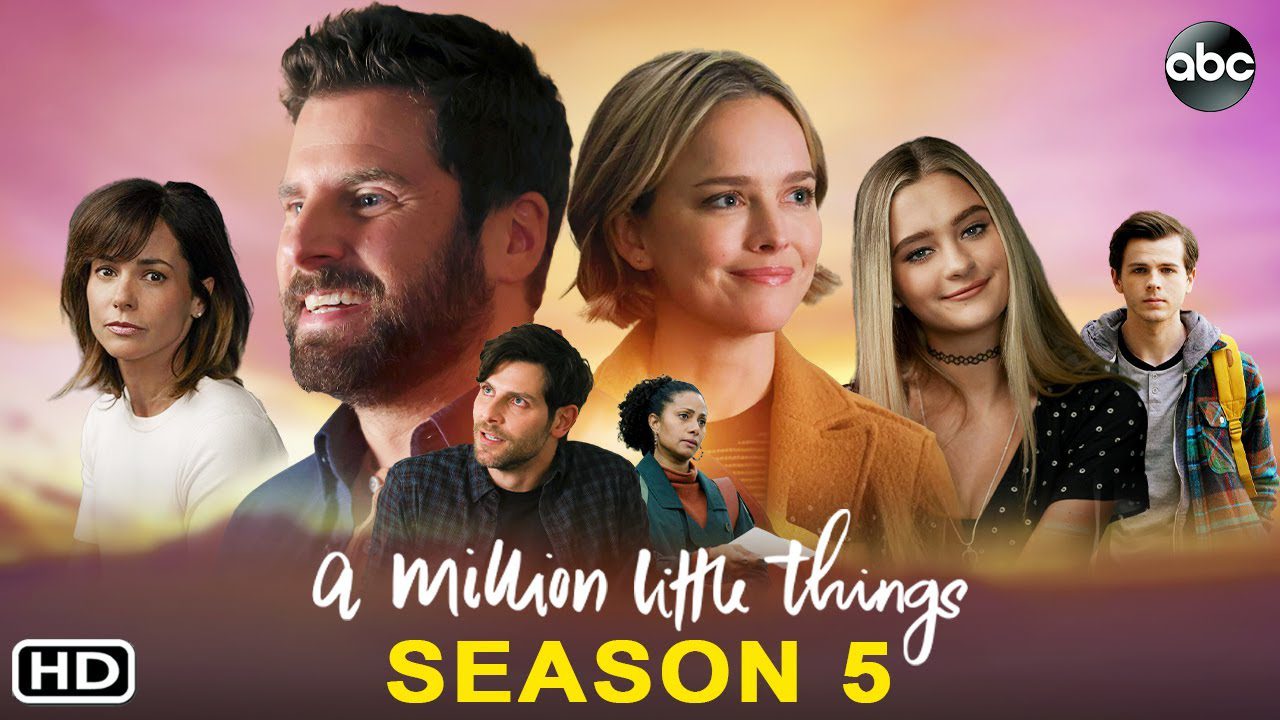 A Million Little Things Season 5: Renewed or Not?

Is There Any Trailer For A Million Little Things Season 5?

There is no official trailer for A Million Little things Season 5 as the show is very recently renewed. There is no expected release date, cast, or plot for the new season yet. But the news about the trailer can come anytime soon as the 4th season has already aired its last episode. Stay tuned to get the latest updates about the series.

All About A Million Little Things

A Million Little Things is an American family serial comedy romance drama television series. DJ Nash is the creator of this amazing TV series. Kapital Entertainment, Next Thing You Know Productions, Fee-Fi-Fo Films, and ABC Signature are the production companies involved. This show has a total of 4 seasons with 74 episodes with a running time of approximately 41-43 minutes.

The poster of A Million Little Things

The filming locations of this tv show are mainly British Columbia, Canada. More specifically, the places are in Vancouver, like the Pacific Coliseum and Pacific National Exhibition Grounds. It has a nice rating of 7.9 out of 10 as per IMDb. A Million Little Things has also won a tremendous number of awards and nominations. 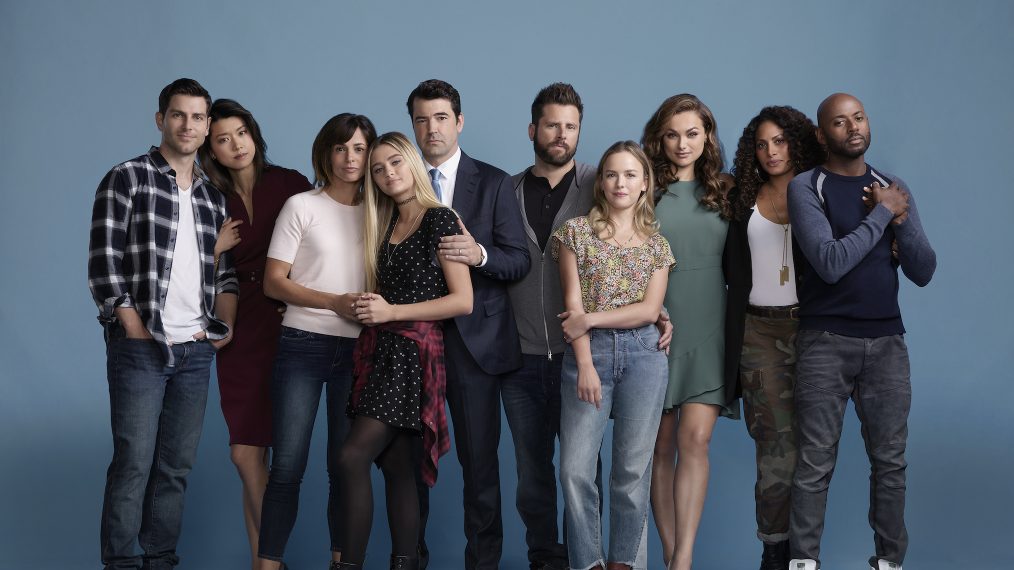 The name itself suggests, ‘Friendship isn’t a big thing- It’s a million little things.’ This TV series is completely based on friendship. The story of this series starts with the suicide of a member of a tight-knit circle of friends. Now, the other friends have to live their lives with this loss. They need enough motivation to cope with this unfortunate incident. And the whole storyline of A Million Little Things revolves around their lives, challenges, struggles, relationships, careers, and efforts.

The 4th season of this series was a big story changer for all its installments. It had many twists and turns, as well as unexpected occurring that would change the lives of many of its characters. The biggest good news in the 4th season belongs to Gary and Maggie. Although it was a little controversial and also many doubts arose but at last the doctor confirmed that Maggie was pregnant and they were expecting a child.

We know that there were some issues with Maddox. Clark was withdrawing him from Sussex Prep. When Rome went there to dissuade him, he found Maddox missing and gave Clark a big speech about accepting whoever their child is. Then finally, they found Maddox, and his father also accepted him. Also, in the last season, Anna gets arrested for pushing Peter down the stairs when he apologized for whatever he did to hurt all the girls.

A Million Little Things Season 4 also showed Katherine’s mother and Theo’s grandmother reuniting Katherine and Greta after Theo explained their relationship to them. After this Katherine and Greta shared a romantic kiss. In the same season, Tyrell accepts to go to Yale University, keeping Rome in mind.

That part of the story also had one of the biggest bad news of the series. Gary was creating small videos for his child as his cancer was back. Many things got revealed about Gary, which included his secrets about his cancer which he was hiding from everybody. The end of season 4 kept us in a dilemma about whether will Gary be able to welcome his baby or not. 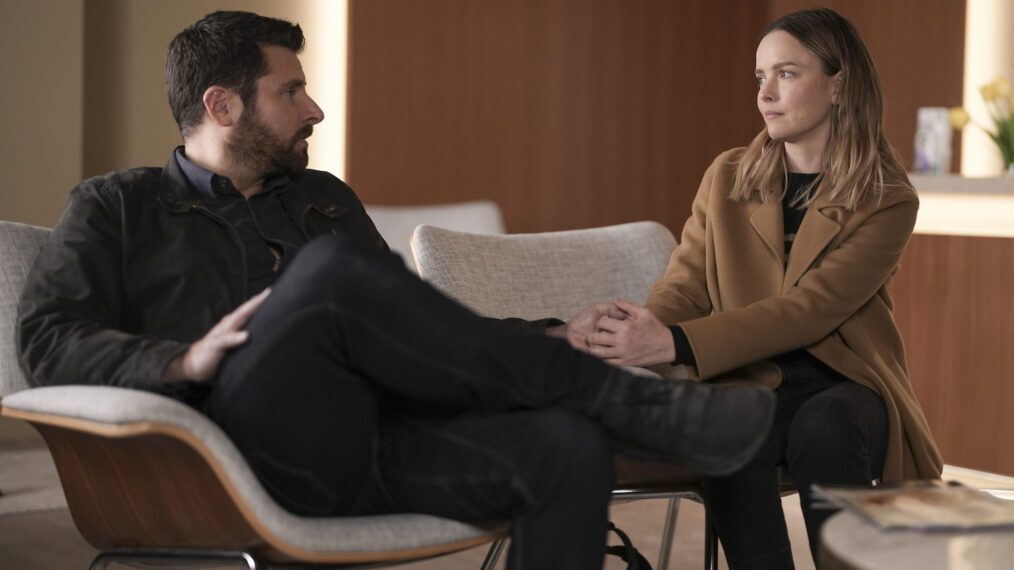 A scene from A Million Little Things

What Can We Expect From A Million Little Things Season 5?

After the best as well as worst plot changes in the 4th installment of the show, we can definitely expect the 5th season to answer a lot of questions from the previous seasons, like What will happen to Gary? Will everyone get to know about his cancer before his death? What will now happen to Anna? and much more.

A Million Little Things Season 5 will take forward the story of Maggie’s pregnancy, the undiscriminated happy life of Maddox, revealings of Anna and Katherine and Greta’s romantic relationship. Also, it might show us the end of Gary’s character on the show. There are no spoilers out about the new episodes, yet, so we cannot predict the plot of the new season. But it will definitely bring smiles as well as tears to our eyes like any other season of the show as the showrunners excel in the talent of balancing the emotions.

Also Read: Selling Tampa Season 2: Is The Show Renewed Or Not?