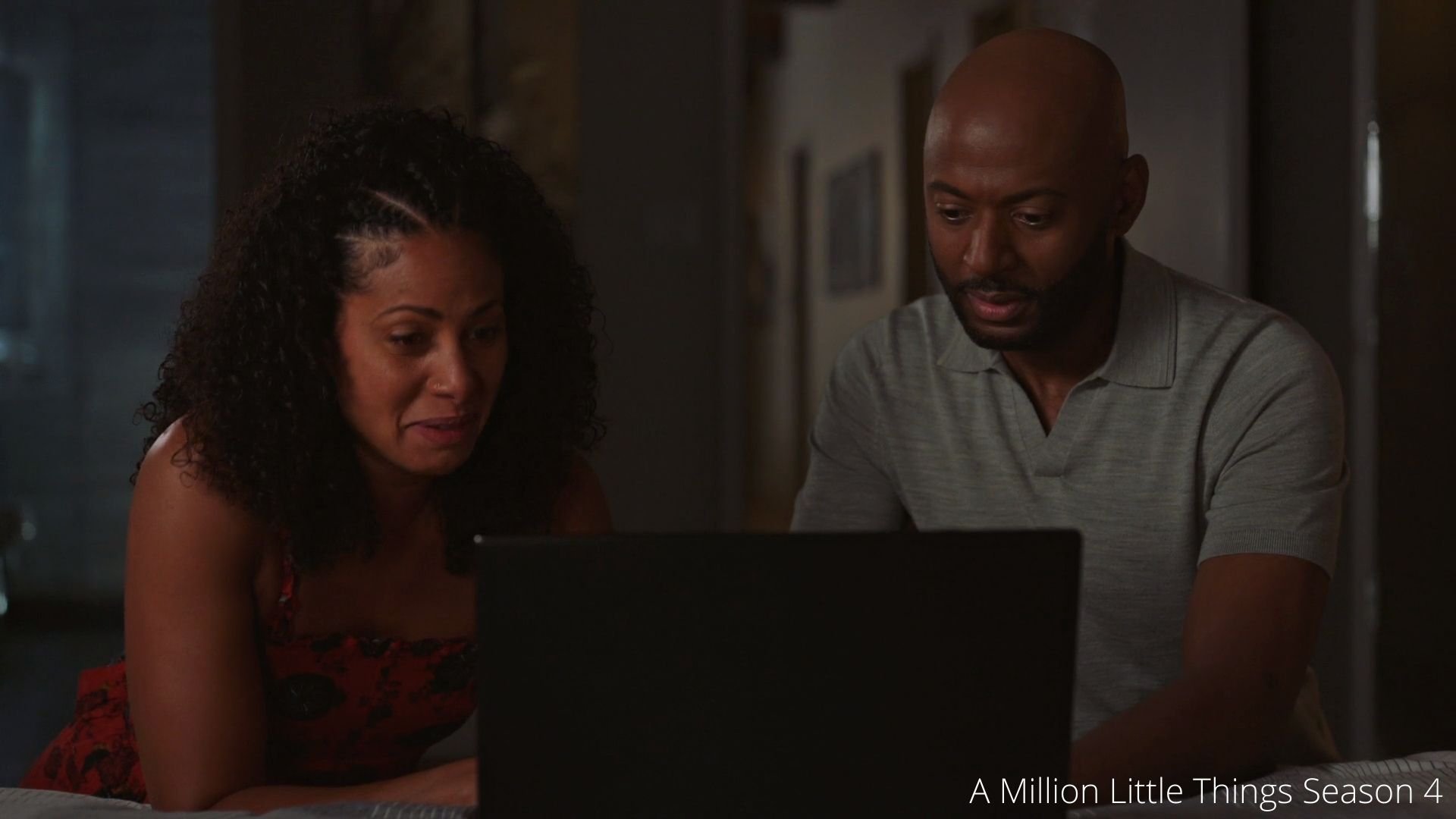 The fans are eagerly waiting for the release of A Million Little Things Season 4 Episode 2. The latest season of the American television series has now started airing and the viewers are very much excited. The series follows the genre of family drama and that is why it is has been quite popular among the viewers who like to watch television shows with their families. However, this series has also gained a lot of fame among other viewers as well. The amazing storyline and exceptional character portrayals have kept the show fresh and enticing. In addition to that, the twists and turns as well as the constant drama in the series have always managed to intrigue the viewers.

The show first came out on 26th September 2018 with its pilot episode and crossed the number of more than five million viewership in the United States. As the show progressed it kept up good viewership numbers. However, as the show approached the end of the first season, the viewership jumped much higher again. Owing to the success of the first season, the series returned with a second season on 26th September 2019. Similarly, a third season came out on 19th September 2020 and the series was further greenlit for a fourth season in May 2021.

DJ Nash has created the hit television series and he is the executive producer on the series as well. In addition to that, the other executive producers include Aaron Kaplan, Dana Honor, James Griffiths, Marshall Boone, and David Marshall Grant. Furthermore, the series has been developed under the joint banner of ABC Signature and Kapital Entertainment. We are now a few days away from the release of A Million Little Things Season 4 Episode 2. However, let us first take a look at the recap of Episode 1 of Season 4. 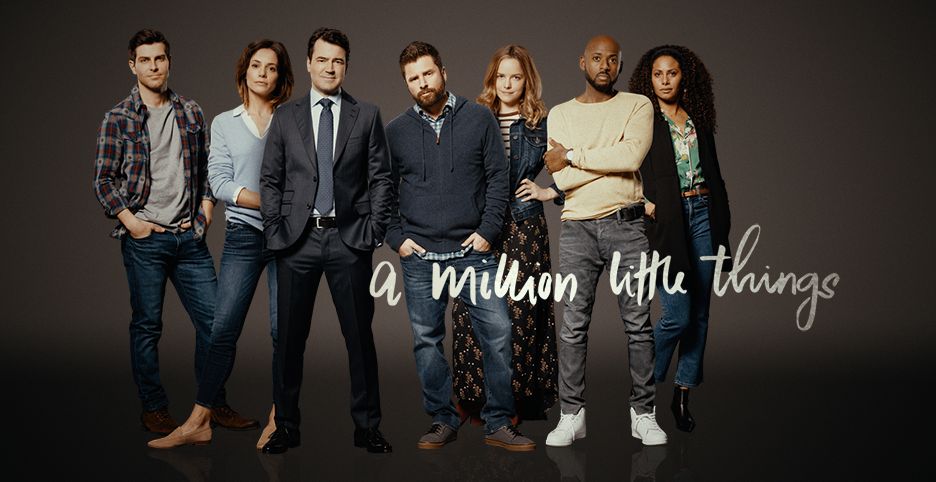 The Cast Of A Million Little Things

A Million Little Things has been known for featuring an ensemble cast that has attracted a lot of viewers to the show. There have been well-known and recognized actors from the television industry in the series. However, the show has had some less experienced but exceptionally talented actors as well. The cast includes David Giuntoli, Romany Malco, Allison Miller, Christina Moses, Christina Ochoa, Grace Park, James Roday Rodriguez, Stéphanie Szostak, Tristan Byon, Lizzy Greene, Chance Hurstfield, and Floriana Lima. 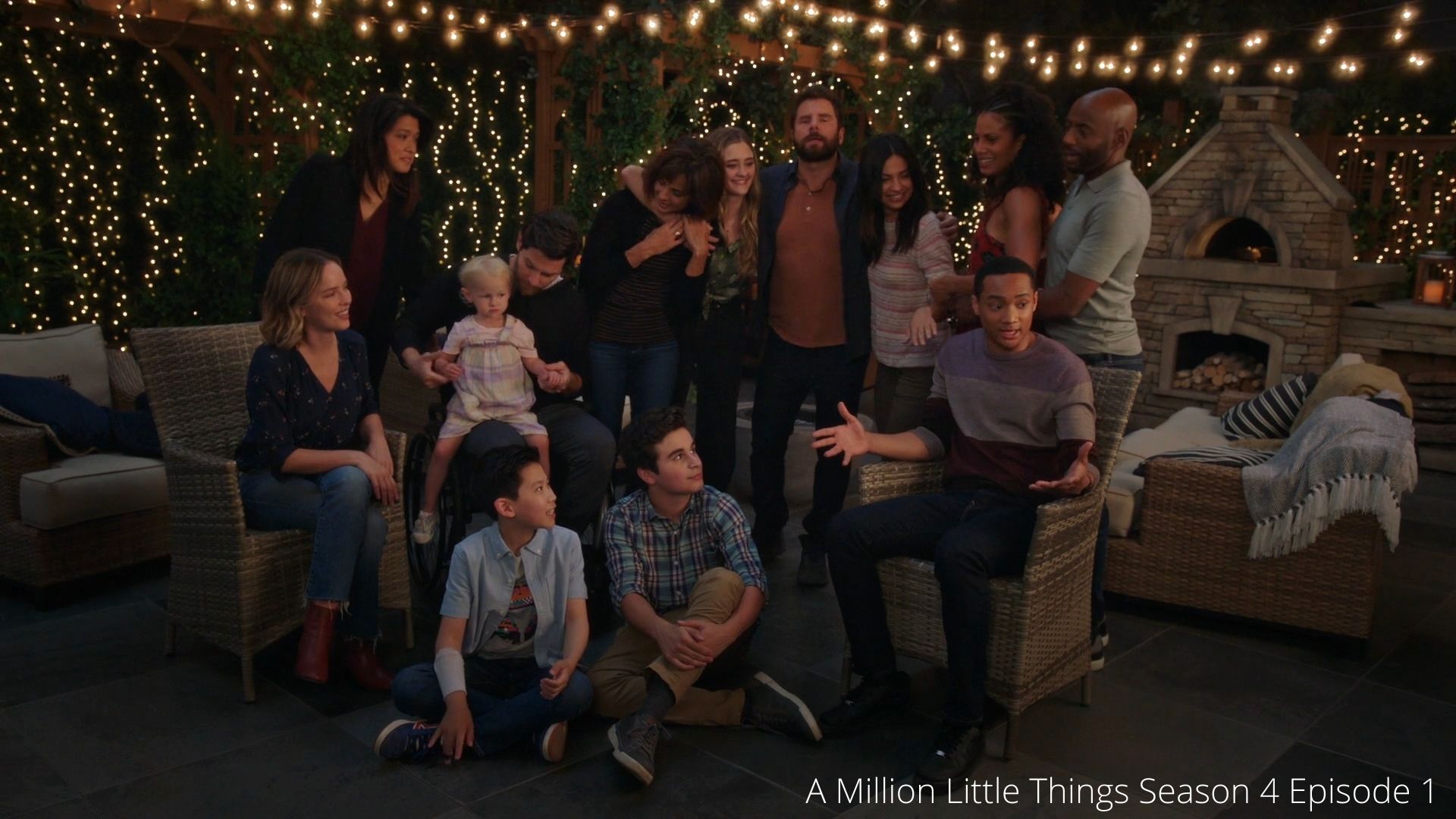 A still from A Million Little Things Season 4 Episode 1

These actors have portrayed characters named Eddie Saville, Rome Howard, Maggie Bloom, Regina Howard, Ashley Morales, Katherine Saville, Gary Mendez, Delilah Dixon, Theo Saville, Sophie Dixon, Danny Dixon, and Darcy Cooper respectively. Although, there have been several other members in recurring roles or guest appearances as well. But, it is these mentioned actors that have grabbed the limelight with their characters most often in the show.

Also Read: As the Gods Will 2: Release Date & Renewal Status

Episode 1 of A Million Little Things Season 4 hit the television screens on 22nd September 2021 at 10 pm ET. In addition to that, the episode was titled “Family First” and went live on the popular American television network ABC. The story in the first episode picks up right after the events of the Season 3 finale. Gary returns home and listens to the voicemail from Darcy who tells him that she is ready to have a kid with him because she loves him.

On the other hand, we get a look at Rome and Regina in their new life after they decided to foster Tyrell. Meanwhile, Eddie is shocked after receiving a call from the woman who hit him and put him in a wheelchair. He is also coping up with the fact that he is getting a divorce from his wife Katherine. Moreover, Delilah is taking their daughter Charlie away with her to France as well. Talking about Delilah, the first episode of Season 4 was also the exit of this all-time series regular character. However, she will be a recurring character in the season. 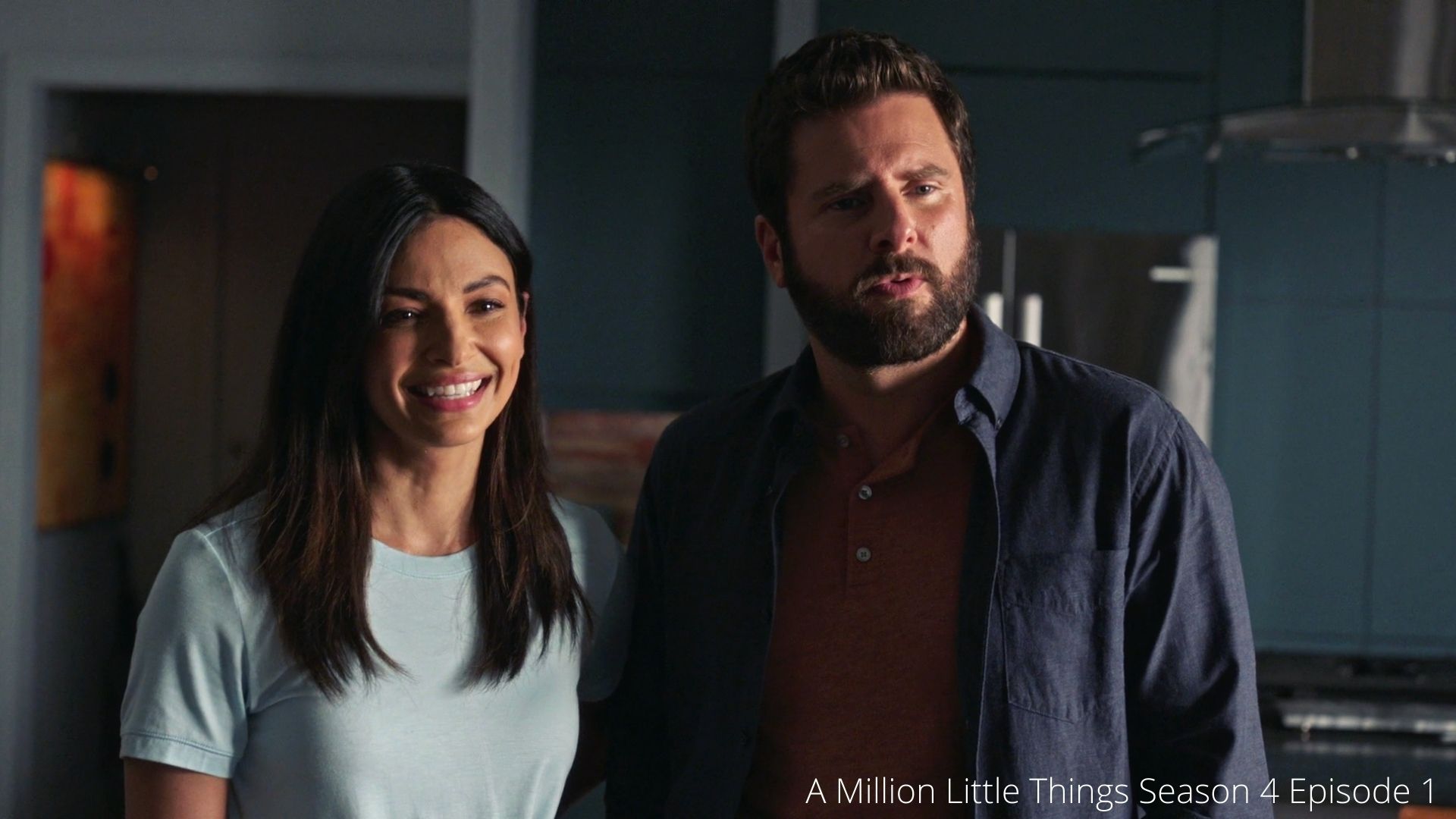 Gary and Darcy in Season 4 Episode 1

We also get to see everyone gather together with Delilah for a pizza party before she leaves for France. Everyone gets a photograph together to savor the memory. On the other hand, we see Gary talk to Sophie about what happened to Peter. She tells him that she wanted Peter to hear the podcast she did so that he knew that she was much stronger. Therefore, now Gary thinks that he might have taken that opportunity away from Sophie by putting Peter in a coma.

A Million Little Things Season 4 Episode 2: When Will It Release and What To Expect?

The beginning of the first season was a bit slow but it already has brought in the suspense. A Million Little Things Season 4 Episode 2 will be releasing on 29th September 2021 at 10 pm ET. In addition to that, the episode will be titled “Not The Plan” and will air on ABC television network. A Million Little Things is available to stream on Hulu, and Youtube TV. It is also available to watch on Amazon Prime Video.

The previous episode focused a lot on how Gary is thinking about what he did to Peter the other night. He is not able to get his mind out of it. Furthermore, after hearing what Sophie said, he might have started feeling more guilty. On the other hand, we saw Eddie stuck on the fact the woman who hit him called him after so long. Therefore, he is also listening to the voicemail, again and again, to figure out her identity. Then we see how Rome and Regina are happy to realize that Tyrell will be back in a few weeks. Therefore, the next episode will be worth the wait to see how Gary handles the Peter situation.