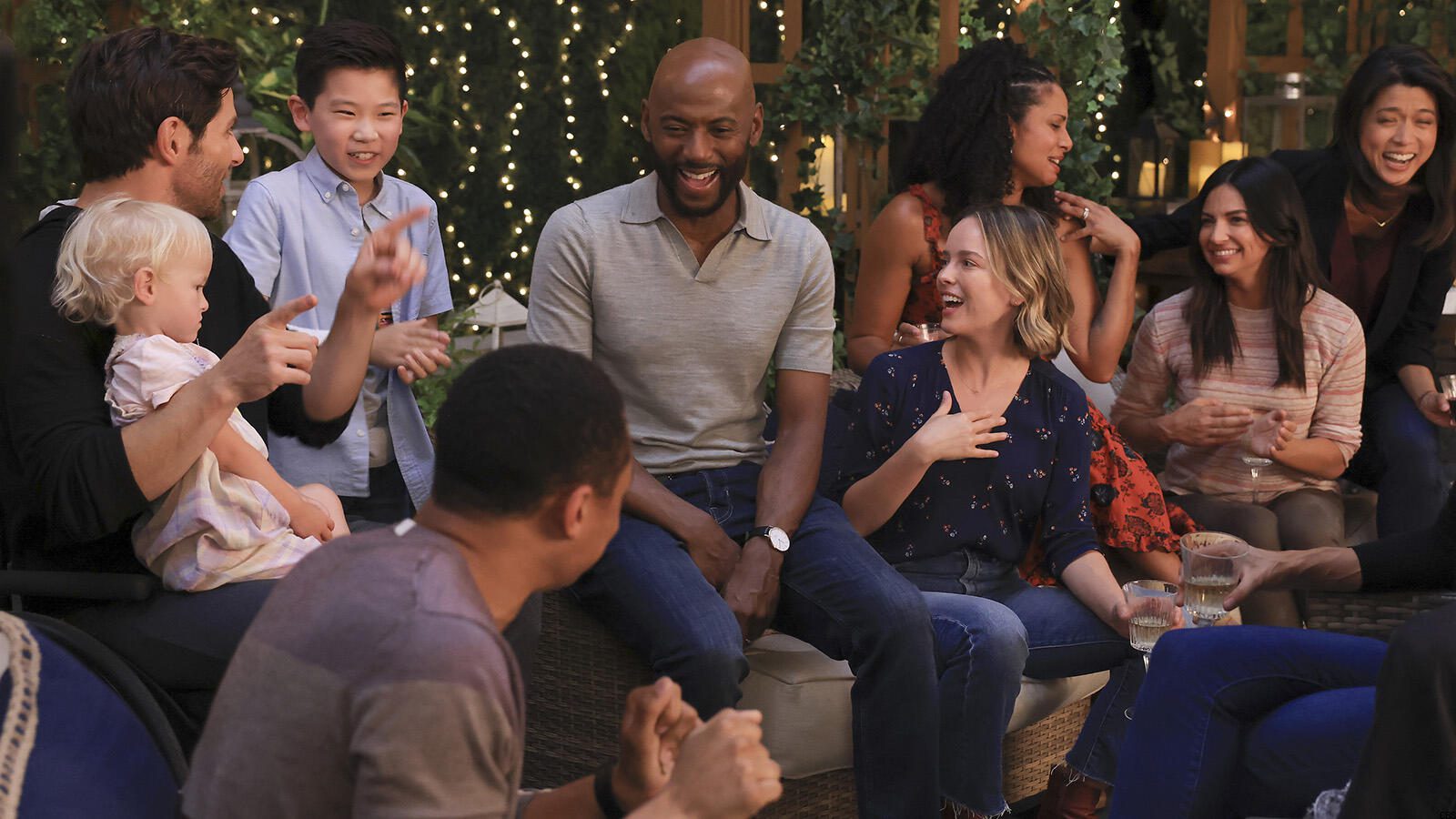 Several unpleasant but vital conversations were included in a recent episode of ABC’s “A Million Little Things.” This episode is as significant as the joyful ones we’re used to seeing, starting with an awkward meeting between Theo Saville and Greta Strob, to Camden aka “Cam” turning up at Gary’s “to speak,” and Sophie Dixon sticking firm with the band tour she’s passionate about going on against Eddie’s wishes. In addition, a lovely Theo informs his mother that he’d want to see Greta more often now that he’s realized she’s more than Katherine’s “friend.”

It’s lovely to see how mature and understanding he is for his age. He even altered his career goal from astronaut to ER doctor since he still worries about his mother and wants to be there to help her. The gang’s situation is largely improving. By the end of A Million No Things Season 4 Episode 12, everyone is mostly in a nice position with little turmoil, and it almost feels too wonderful to be true. The Maggie, Gary, and Cam crisis was amicably settled, and we swapped a sour Sophie for Daniel, Dixon’s everlasting superior.

One of the most powerful things they’ve done on the show was Sophie’s sexual assault survivor arc. However, when they chose that unsettling storyline with Christopher, Gary, and Peter, we got this Sophie, who is immature and spiteful, to say the least. It’s not that she doesn’t have the right to express herself. She’s been through a lot, and it’ll take her years to go through it all. It’s a process, and it’s not particularly pleasant. But, at this point, we’ve seen Sophie become enraged at practically every adult she’s ever met, and it’s gotten old.

Sophie Not Giving Gary The Respect He Deserves

It’s much more difficult this time because Sophie has moved her rage from Gary to Maggie. Sophie has been treating Gary as though he physically harmed Peter for months. Part of the problem, I believe, is that they recognized how grim the tale was and went looking for one of the show’s main characters, so they walked it back. Sophie, on the other hand, continues to treat Gary as if he was the one who nearly killed Peter. And it’s crazy how this one gesture eclipsed all Gary has ever done for Sophie and their friendship circle. 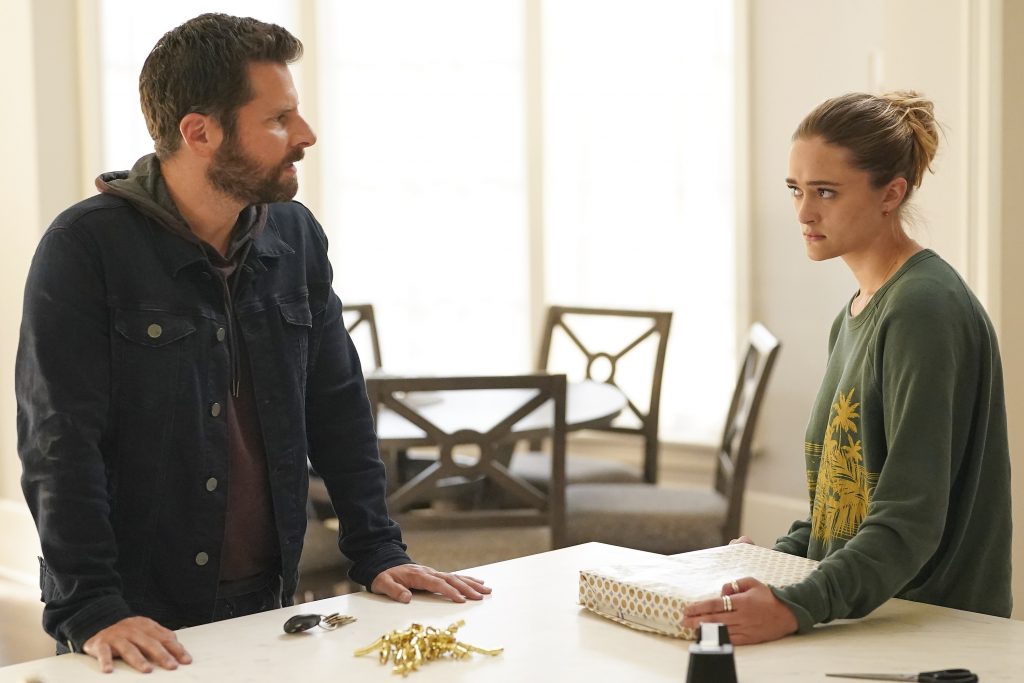 Gary and Maggie were even more paternal to Sophie in the last year than Delilah was, moving into the Dixon house to be with the kids when Delilah was away in France. Gary has acted as a father figure after Jon’s death, and he’s been the most constant of all the other characters in this regard. Sophie has witnessed and experienced Gary at his most consistent and best. So it seems insane that she holds his worst moment against him like this and for this long, in the years she’s known him. She’s punishing him for being so obsessed with her that he lost his mind. And I honestly cannot tell that her father would not have acted in the same manner.

As bad as Maggie and Cam’s situation was, the chaos is a turn-off. Maggie had done everything she could for Sophie and had been there in every manner possible, but it was still messed up. Regardless of the scenario, she received unwavering support. Sophie treated her badly and snubbed her goodbye. She also lashed out at Eddie for displaying true parental care for her during the trip, which was frustrating.

For starters, she never told anyone in her life what she was up to. No, she owes them nothing, but it’s basic courtesy to inform those who care about you of your whereabouts and activities. Isn’t it also necessary to check on the Dixon house, which is, for some reason, still for sale? Sophie is aware of some of Eddie’s problems while on the road, so it was only natural for him to express his dissatisfaction.

Daniel has grown a lot since we last saw each other. When they gave us the traditional Daniel/Uncle Gary scenario, I was overjoyed. Gary’s response to Daniel’s request to put together a care package and bring it to Milo for Danny is classic Gary. When Gary saw Milo with someone else, it crushed my heart for him. He struggled to tell Danny the truth, which is understandable. 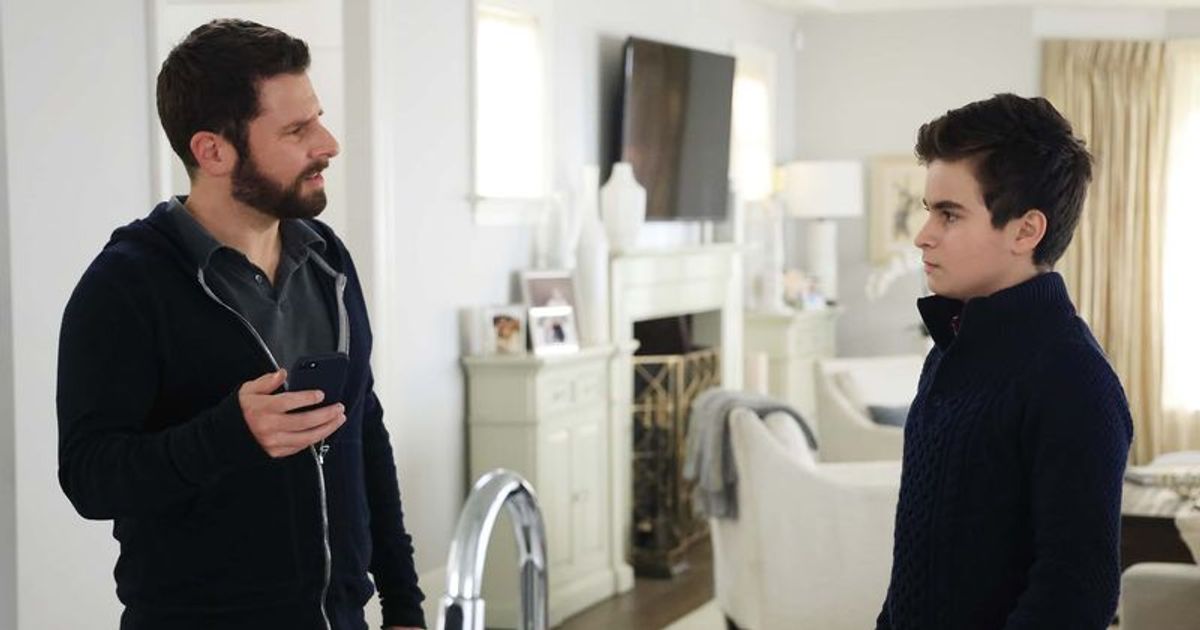 The scenario with Cam, on the other hand, caused him to rethink his position. Danny resembled Cam in appearance. He wasn’t ready to abandon the person he cared about, and he was willing to go to any length to reclaim Milo, including going to Boston. It’s a lot of work to accomplish without any warning. Flights are expensive, and knowing he’ll be staying with Gary is comforting, but does Delilah know he’s gone?

Theo Just Wants Someone To Care For His Mother

Theo was astute enough to recognize his mother’s love for Greta as romantic. I’m overjoyed that Katherine appears to be content so far, and that no one is criticizing her relationship. The fact that Theo is comfortable with it is unsurprising, but his capacity to figure things out is. Theo’s only wish is for someone to care about and be there for his mother, thus his joy at her finding that with Greta was heartwarming. Greta, on the other hand, is excellent with him.

Katherine’s fall worried Theo, and he didn’t want her to be alone, she realized right once. It’s a typical reaction for him, but it’s a good thing they discussed it. I’m looking forward to another group event so everyone can come together again and meet Greta in person. For the time being, Katherine’s unique arc is enjoyable. They should also provide a family supper for us with the Savilles, Anna, and Greta.

Rome Wants Tyrell To Be Prepared For The Real World

Rome’s viewpoint on Tyrell’s future is noteworthy, as it is informed by his own experiences as a minority in predominantly white environments. I like how the series keeps delving into the complexities of race and culture. And it’s not as if Rome’s concerns are unwarranted or something that many parents of color consider frequently, particularly when it comes to sending their children to Ivy-League universities, which are notoriously white. College is often a person’s first introduction to the workplace’s daily microaggressions. 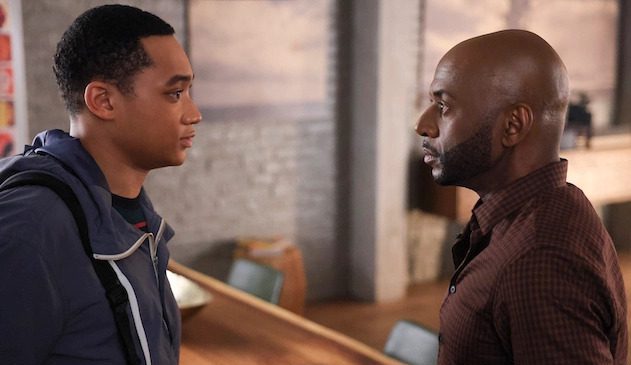 Rome’s point of view was a fascinating one for the series to try to touch on the PWI versus HBCU debate, but the entire execution was poor, and it was underbaked. Was it supposed to be a response to the lack of diversity at PWIs, especially in the Ivy Leagues? Were they attempting to address the special challenges faced by minority students at PWIs, and how this can isolate them, contribute to Imposter Syndrome, and negatively impact their performance? Were they attempting to portray a concerned parent who wished for his son to experience a sense of community and camaraderie before entering the real world? Was it supposed to be a subtle reflection on Rome’s own identity concerns and struggles?

While Tyrell Dream For Yale

It was surprising to see Rome so adamant about Tyrell’s schooling. Tyrell and his mother had talked about Yale throughout his life, so Rome’s point of view seemed exaggerated and rude. Rome sought to put his views on the topic in order before anything else. And, to be honest, Rome’s irrationally strict viewpoint on this might have carried more weight if his entire friendship group hadn’t been predominantly white (and white-passing).

Rome’s social circle isn’t really made up of other Black individuals on a regular basis, outside of his immediate family. One could argue that’s why he pushed Tyrell to attend an HBCU in the first place, but that’s a Rome issue, not a Tyrell one. Tyrell, on the other hand, brought all the emotions with his article about Rome. Rome had been going through a hard patch recently, so those words were both heartfelt and just what he needed to hear.

Cam’s frustratingly perfect act was aggravating, and he was clearly not suitable for Maggie, but it’s still a shame how badly he was handled. Gary and Maggie were having marathon sex, and Cam was still hopeful of regaining Maggie’s affections. When she broke up with him, she didn’t even say anything to him. Why was there even a glimmer of optimism in his eyes? She should’ve probably told him about Gary right away. It would have saved Cam the embarrassment of enlisting Gary’s assistance in winning Maggie back. 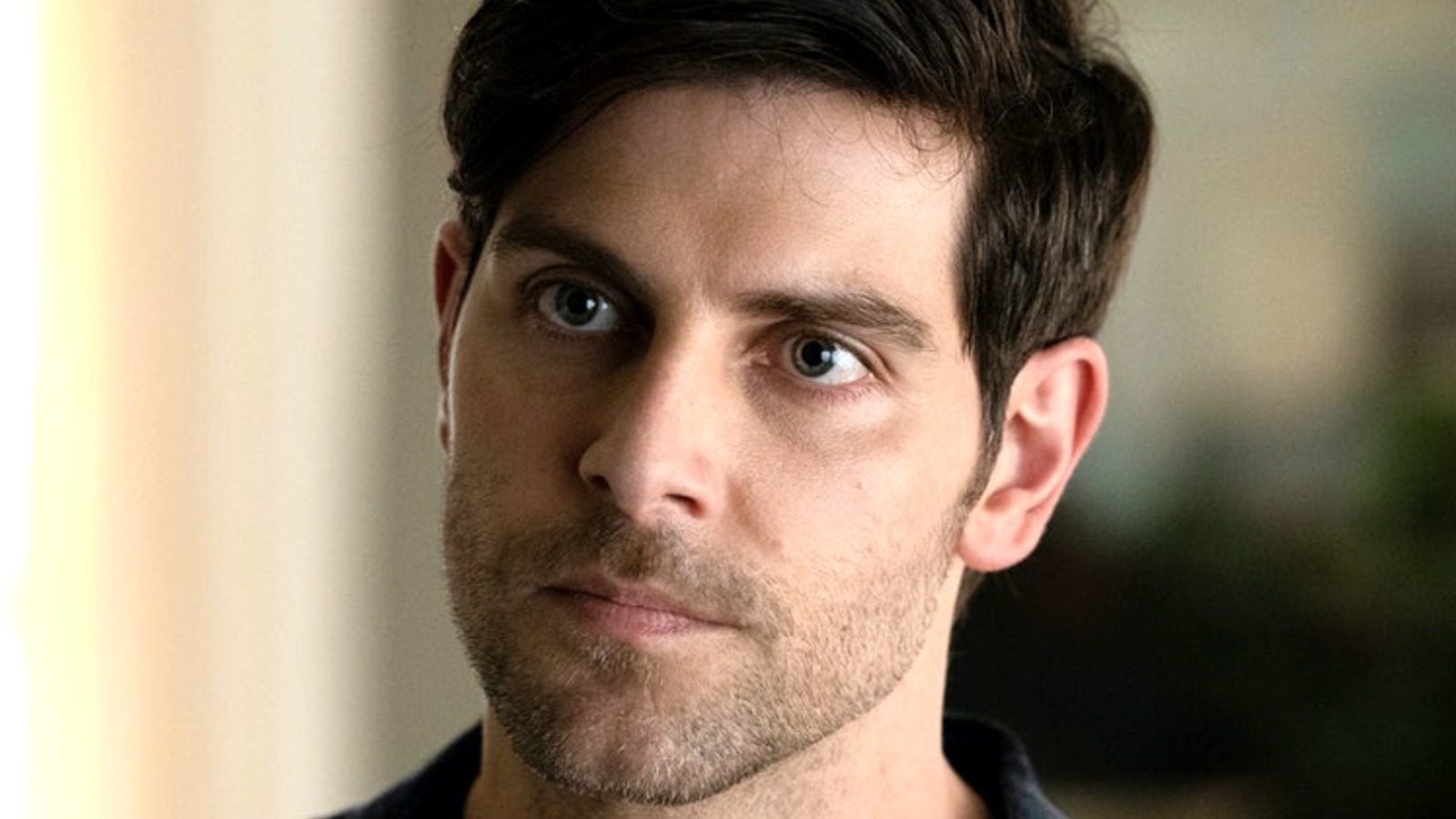 Maggie and Gary would have appeared less jerky as a result. It’s cool that they’re happy together. Maggie reminded Gary that it was always him when they reunited. Things are looking up for this pair in that regard. However, the manner in which it was delivered was abysmal. Maggie and Gary were also acting strangely as if they’d been sneaking around for a long time. Maggie tried to reassure Cam by explaining how her feelings for Gary developed gradually and then all at once.