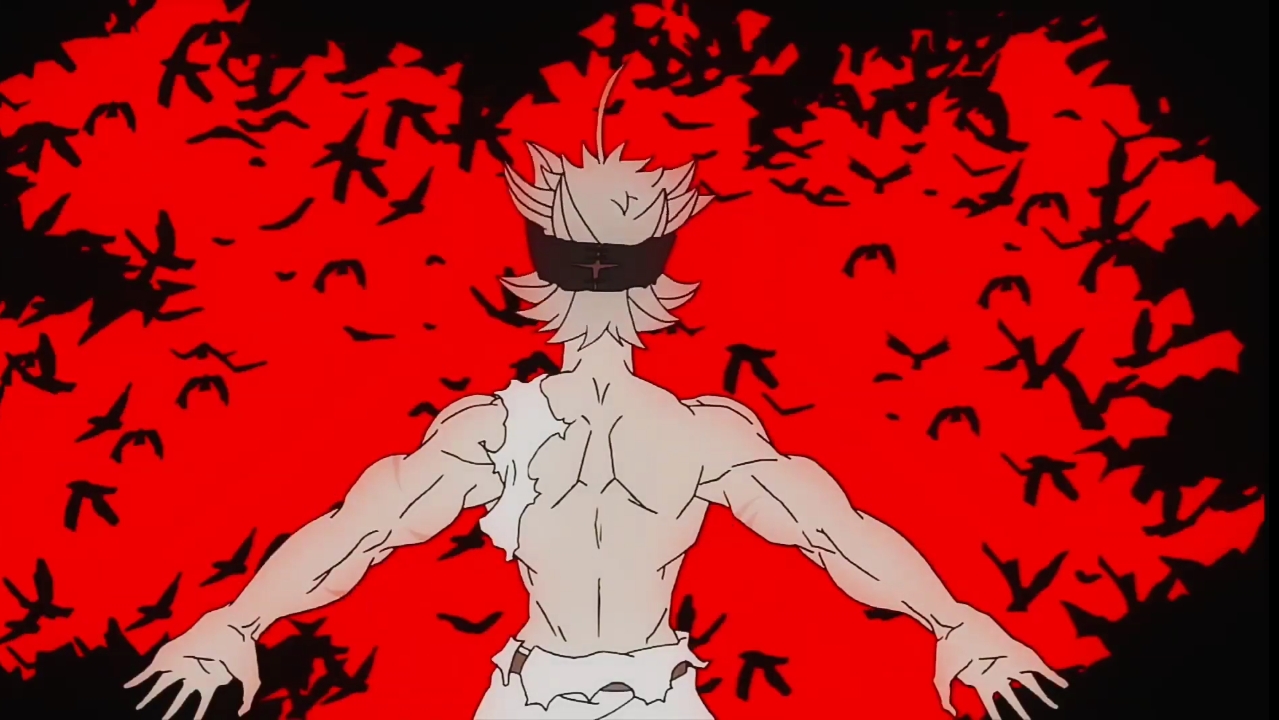 Black Clover aired its fourth and final season in December 2020. The anime will finally come to an end after a total of 170 episodes. The long-running anime series will end by March of 2021. The anime gained loads of fans for its unpredictable storyline and supernatural element. It did disappoint fans when it was announced that Black Clover anime has finally reached its end even though the manga will continue. The Pierrot studio licensed the manga to be animated and presented one of the most popular series to us.

The anime has multiple surprise factors that keep making the story juicy. However, it is a bit tedious in the beginning. But, it gets better from the second season. Although the storyline is quite interesting, viewers are often made to quit due to intense headaches caused by Asta’s constant screaming. The screams get less high-pitched in the later episodes and it becomes quite possible to watch the show without putting it on mute.

After the announcement of the end of the series, produced pointed out that there will another announcement after the end of the series. Well, it seems like it’s not all bad news perhaps. Considering that the manga is still ongoing and that the series would end with a cliffhanger, there could be a huge chance of the anime making another season for the comeback. However, it is pretty sure that even if there is a comeback, it would be a long time before a new season after season 4 is even announced. Till then, it’s best to stay updated with the manga.

This is probably a good time to binge the anime since it has come to an end. Planning to watch it but want a headstart? Here’s a beginner’s guide to Black Clover to give you a quick walkthrough.

What is Black Clover About? 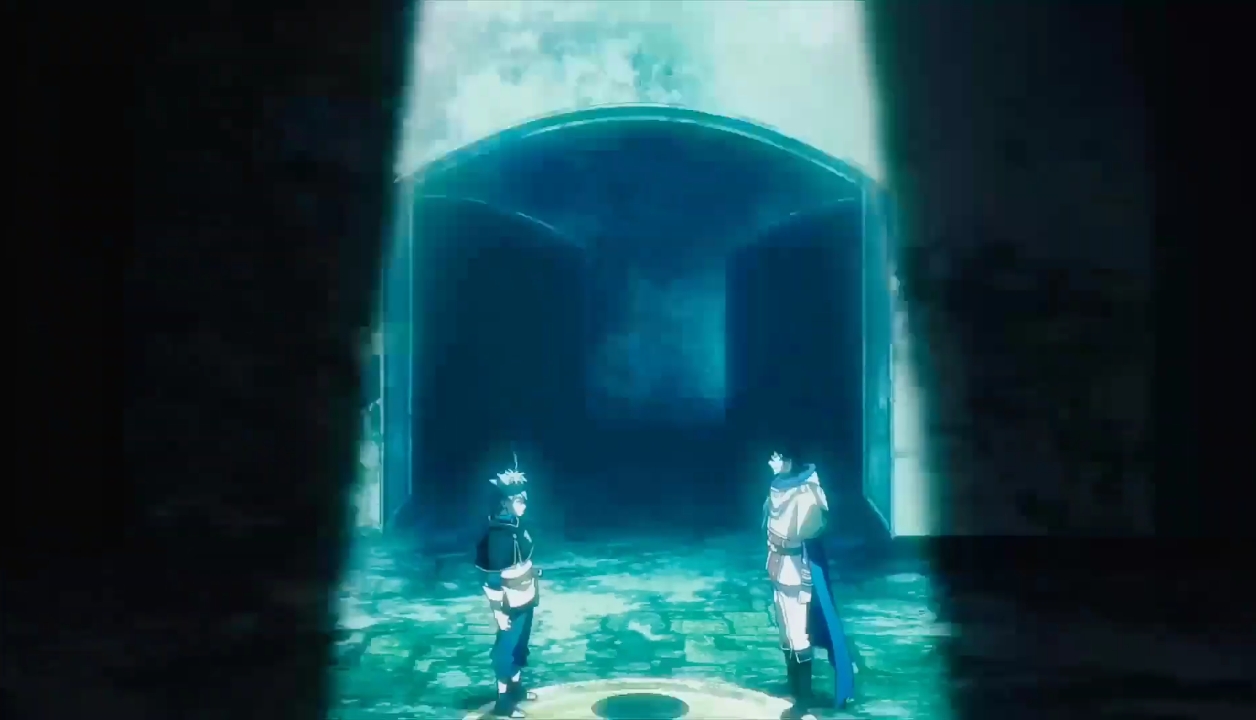 Black clover mainly centers around the story of Asta, a white-haired boy with zero magical powers in a world where magic defines everything. Asta and Yuna are two orphans. As mentioned, Asta has no magic in him but Yuna is extremely skilled. Ever since kids, they were obsessed with becoming the “Mahotei” or the Wizard King, a name entitled to the strongest magician in their world. The title originates from the story of the first wizard king who defeated a powerful demon lord.

Even without any powers, Asta’s determination to be a Wizard King is hard to break. He keeps struggling to become stronger as he trains by himself. With the same goal in mind, Yuna and Asta identify each other as rivals.

At the age of 15, young magicians are bestowed with a Grimoire, which are magical books. All the 15-year-olds gather to get their Grimoire. Yuna achieves a Grimoire that has a four-leaf clover marked on it, which is considered the strongest. All other magicians get their Grimoire. All except Asta. He keeps waiting hopefully for one but he is left humiliated. 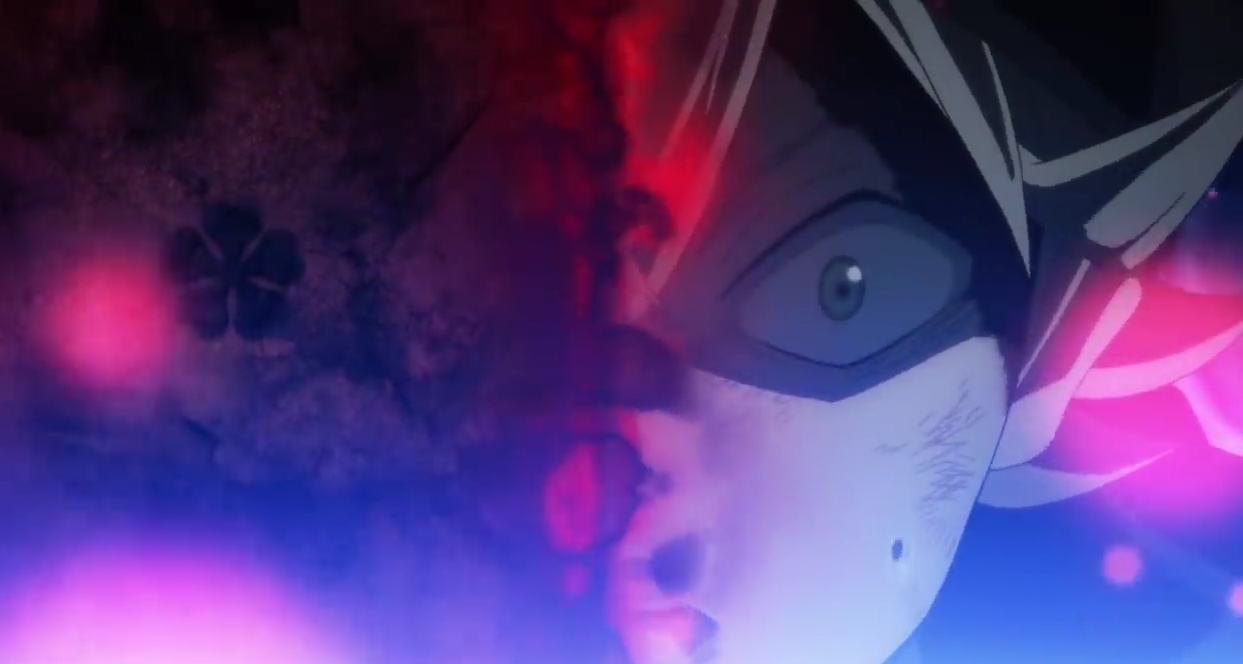 Asta gets the Black Clover Grimoire.

Later, a Grimoire thief (let’s just call him that) named Leputy arrives to steal Yuno’s Grimoire. Clearly, black markets are a thing in every world. He defeats Yuno but Asta comes to his rescue. He almost gives up while screaming at the top of his lungs (and at the door of our eardrums as well as every nerve cells attached to it). Yuno, the only one who realizes his potential, shouts at him and reminds Asta that they are rivals. This somehow activates his powers and he is bestowed with a very rare Grimoire engraved with a five-leaf clover. This Grimoire is named the Black Clover.

Post these events, the duo travel to the capital to become Knights, taking their first step towards their goal. Through a chain of events, Asta joins the Black Bull, a guild of misfits. There are many arcs throughout the following seasons where Asta meets many interesting characters. We also reveal a lot about the true nature of Asta’s power and his origin.

Black Clover: What is a Grimoire? 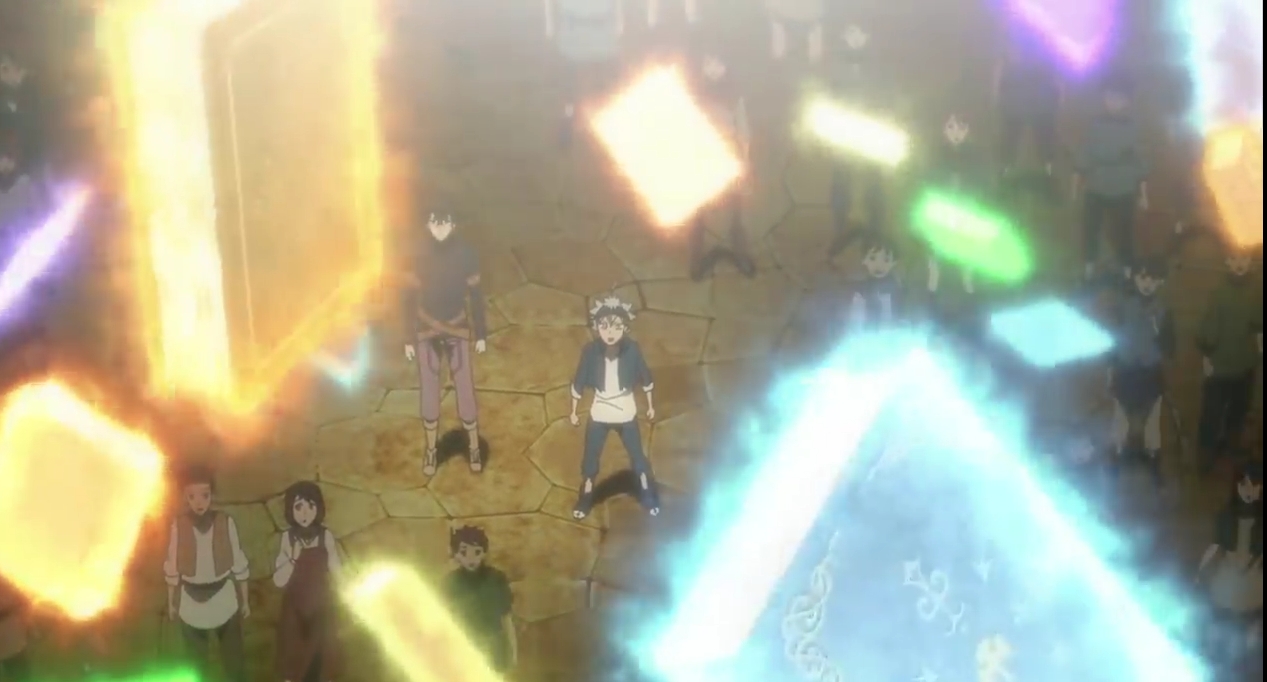 Grimoire in the Grimoire Acceptance Ceremony.

The name of the anime comes from a Grimoire itself. Grimoire is magical equipment. They are bestowed to mages at the age of 15. When handed over, they are empty. They get filled over time as the mage evolves. These grimoires can also develop as the owner gets stronger. They have a strong bond with their owners. This is why a Grimoire can only be operated by a single person. Moreover, once magic dies, the Grimoire disintegrates itself, making it unusable by anyone else. While they are used to inscribe spells, a Grimoire greatly enhances a mage’s abilities too.

Different Kingdoms have different Grimoire with their insignia engraved on them. Asta and Yuno belonged to the Clover Kingdom, which is why they get Grimoire with Clover engraved on them. The number of leaves indicated the kind of owner the Grimoire has. A Grimoire with three leaves is the most common kind. A three-leaf clover comes with faith love and hope. A Four-leaf Grimoire is not only rare, but it depicts the birth of a powerful mage. The addition of the fourth leaf adds luck. At last, we have Grimoire with five-leaf clovers. Such a Grimoire are can either be inherited from a past owner or developed from four-leaf clover when the owner harbors too many negative emotions. This why it is believed that the addition of another leaf depicts a demon.

There are four major Kingdoms in the world of the Black Clover anime. We have the Clover King, the Heart Kingdom, the Spades Kingdom, and the Diamond Kingdom.

The Black Clover anime has a huge cast. The characters are voiced by famous voice actors and actresses. Asta (voiced by Kajiwara Gakuto) and Yuno (voiced by Shimazaki Nobunaga) are indeed the leading characters. But, some other characters hold almost as significant as them. 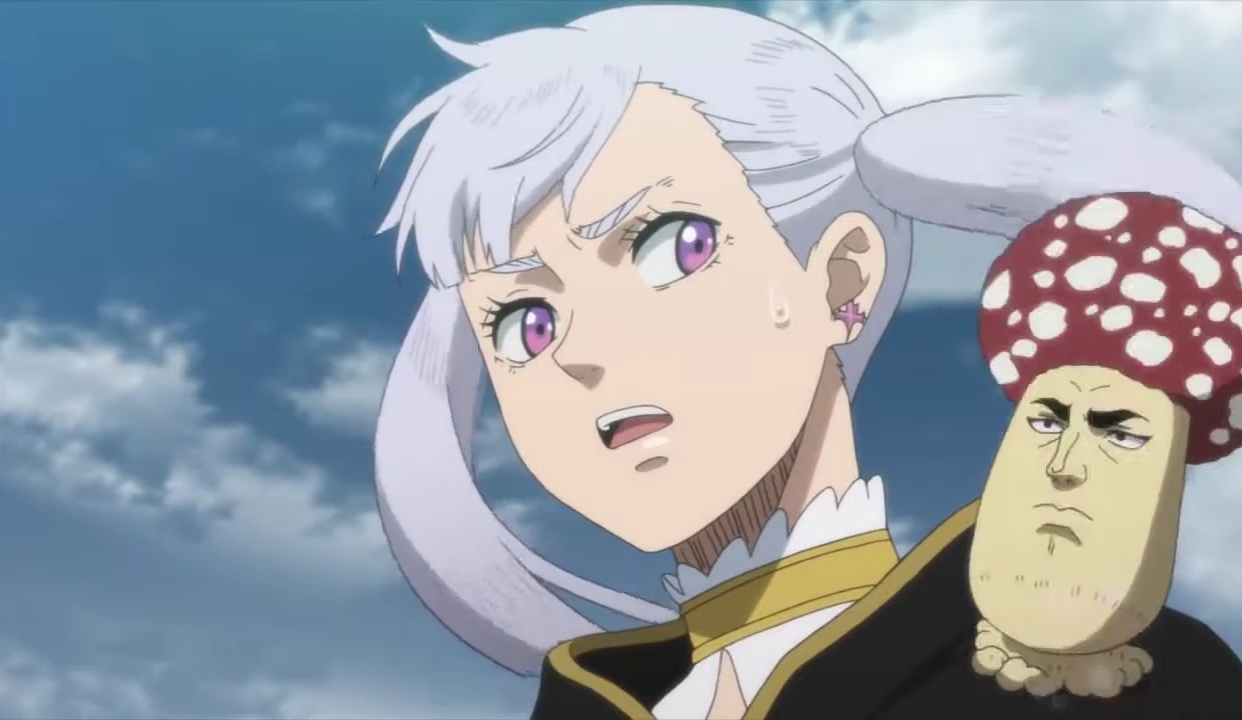 A very strong character of Black Clover is Noelle Silva, a member of the Black Bull. She has been voiced by the voice actress Kana Yuki in the Japanese dub. Noelle has great progress through the story and perhaps the favorite character of a big section of the Black Clover Fandom. Towards the recent seasons, she has come to be recognized as the main character alongside Asta and Yuno. 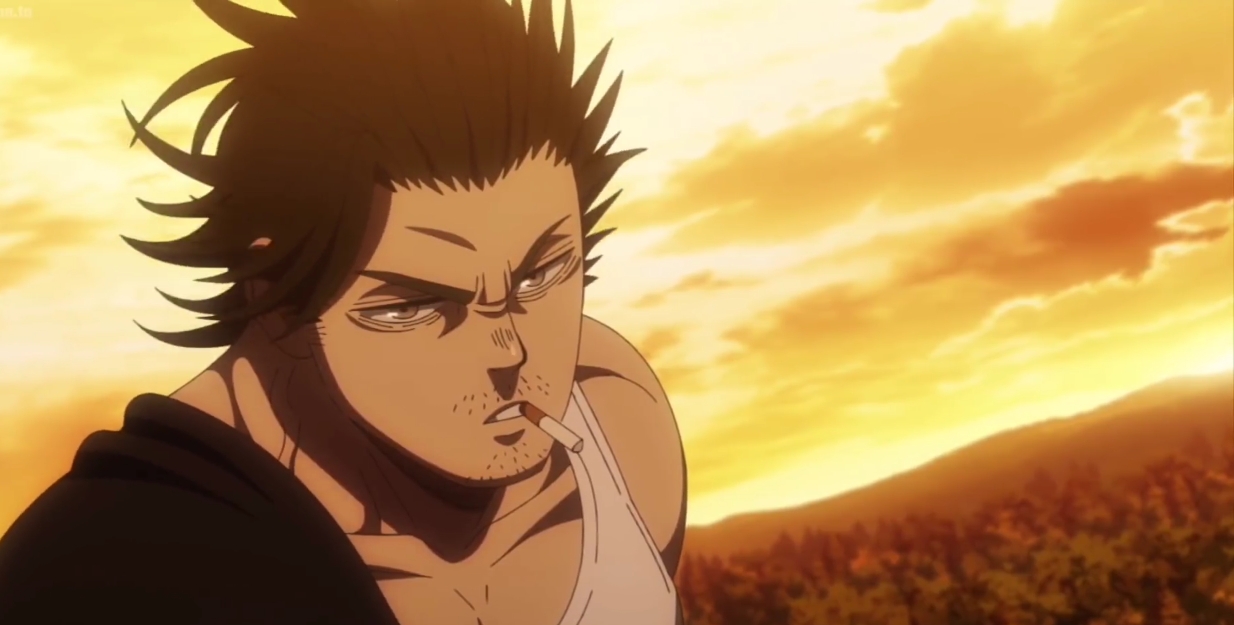 Yami Sukehiro is the leader of the guild of misfits, Black Bull. He is voiced by Suwabe Junichi. This huge character plays a big role in Asta’s development as he accepts him into his guild when no one else did. 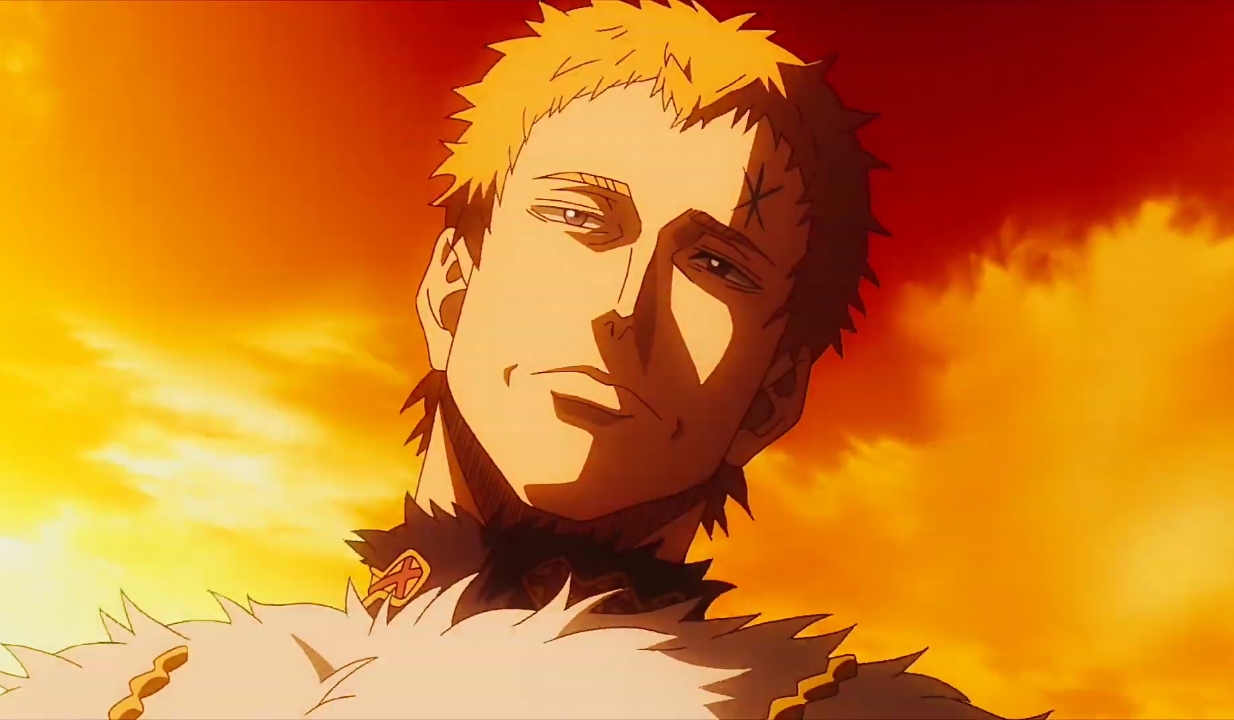 Voiced by Morikawa Toshiyuki, Julius is the present and 28th Wizard King of the Clover Kingdom. Being the Wizard King, he is indefinitely the strongest mage.

The Eye Of The Midnight Sun

Licht, leader of The Eye Of The Midnight Sun: Black Clover.

This is rather a group of characters than an individual. The Eye of the Midnight Sun is led by Licht, who is voiced by Sakurai Takahiro. The group is a natural enemy of the Clover Kingdom and hence, a major antagonist in the series. The said group contains some evil mages that have only one aim: To annihilate the Clover Kingdom.

As the story progresses we see a lot of new characters, each of which influences the story one way or the other.

Black Clover started airing about four years ago in 2017. Ever since it has produced four seasons and come to an end. The anime is not your typical fantasy story. In many fantasy anime, we see an overpowered character who can destroy anything in the range of a thousand kilometers in the flick of a finger. Black Clover presents us with realism while being in an unrealistic world of wizards and demons. We see Asta grow at a steady pace which is neither too rushed nor too annoyingly slow.

Even Yuno, being a gifted mage is seen working had to maintain his status. He indeed has an inbuilt talent for magic but the fact that he polishes his skills is well portrayed. Moreover, it is always fun to see Yuno and Asta pick on each other like an old married couple. Although they care about each other, they have a healthy rivalry between them that helps them grow. I love the growth of the protagonist throughout the anime from being a child with no magic to being a full-fledged Magi. It is indeed exciting to wonder how the anime would end.

I would easily recommend Black Clover to all anime fans. If you can endure Asta’s scream for a few episodes and give this anime a try, you will definitely be well entertained.