While being a perfect night movie for a mother and daughter, A Bad Mom’s Christmas is a guilty pleasure for a lot of daughters. Bad moms are yet another perfect example of the meaning of a relationship and the need to be connected to someone. It offers laughs and fun and, at the top of all, a sense of emotional attachment to our beloved. The seasoned cast adds a spice up to the well-written script. A blend of three generations struggling to find their ways together with a little comedy is what makes A Bad Mom’s Christmas is worth watching, and while watching the film, many have been curious regarding the filming locations of A Bad Mom’s Christmas.

The movie is about a vacation in the suburbs of Chicago, away from the daily life responsibilities and chores. But the slight twist in the filming locations of Bad Moms is quite intriguing. Meanwhile, the finely carved filming talent and edits make the locations luring. Want to live a life of a Bad Mom? Let’s find out about A Bad Mom’s Christmas filming locations.

Bad Moms is a core story of three moms taking a vacation from their everyday life in the suburbs of Chicago. But take a close look, and you will realize that the movie is actually filmed in New Orleans.

The uptown campus of Tulane University is where all the soccer practices are filmed. The PTA luncheon scene is also filmed at the University’s cud hall.

The production moved uptown to shoot the party scenes. The filming continued for two nights in a big private house, which easily accommodated 80 other PTA moms.

Gretna Mart is one of the core places for the filming of the movie. The grocery store rampage scene is filmed here, due to which the mart was closed down for a whole day.

Amy’s biggest flex and a part of her frustration is her workplace. To put up fancy startup vibes, the production headed to the Arts Center on Camp Street.

The movie starts with a perfect stage entry where Amy is sharing a beautifully happy relationship with Jessie. Amy, aka Mila Kunis, is enjoying her life with her Jessie, aka Jay Hernandez, and waiting for the perfect and the most decent Christmas together. But what are Bad Moms without some bad news? So here comes the critical mother to put off the perfect Christmas. Amy’s mother, Ruth, aka Christine Baranski, sabotaged her plans by texting to say that she was coming for Christmas.

Welcome the second star of the show, Kiki, who is still a strained mother of four kids. But the major twist is that now she is not alone. Kiki, aka Kristen Bell, and her husband Kent are planning the whole day stuff together as now Kent is much more supportive than before. To her surprise, Kiki’s mom Sandy, aka Cheryl Hines, decided to surprise them. Sandy suddenly showed up three days before her expected arrival and now decided on staying with them for the next three weeks. Is it actually a surprise for Kiki? Sandy is a loving mother in her perspective, but her love is smothering for Kiki.

And the third surprise is for Carla, aka Kathryn Hahn, whose mother impeded her Christmas plans. But Carla is a little overwhelmed by the thought of sharing some time with her mother first time in years. Later, Amy, Kiki, and Carla decide to go to the mall where they express their personal miseries. Eventually, the three of them decide to get back their Christmas. The movie is full of surprises as to when Ruth tries to destroy Amy’s perfect and simple Christmas. Ruth created a raree-show of Christmas, which is totally opposite to Amy’s simple Christmas. But Amy is trying her best to fail Ruth’s planning. Amy takes the family to the sky zone to meet up with Kiki and Clara and their families. The daughters plan to leave the mothers together and enjoy themselves with their own kids.

Life has something new for Carla, and new experiences enter her life when she meets an erotic dancer Ty, aka Justin Hartley, who asks her to be his date to a sexy Santa competition where he has enrolled himself too. And for a change of mind, Carla accepts the offer. Whereas, Kiki has her own issues with her mother, for which she decides to consult Dr. Karl and bring sandy to her. Dr. Karl, aka Wanda Sykes, agrees to look out for their issue and calls them for a session. But the session didn’t work as planned, and Kiki urged Sandy to leave the session by admonishing her.

Kiki and Amy are impressed by Ty as they see him dancing at the sexy Santa show. Shockingly, Isis gets on the table to join Ty. This leads to a fight as Carla runs to get Ty back  At home, Isis tells Carla that she needs money for a new investment, and Carla accepts the loan even after knowing that Iris will end up disappearing from her life again. 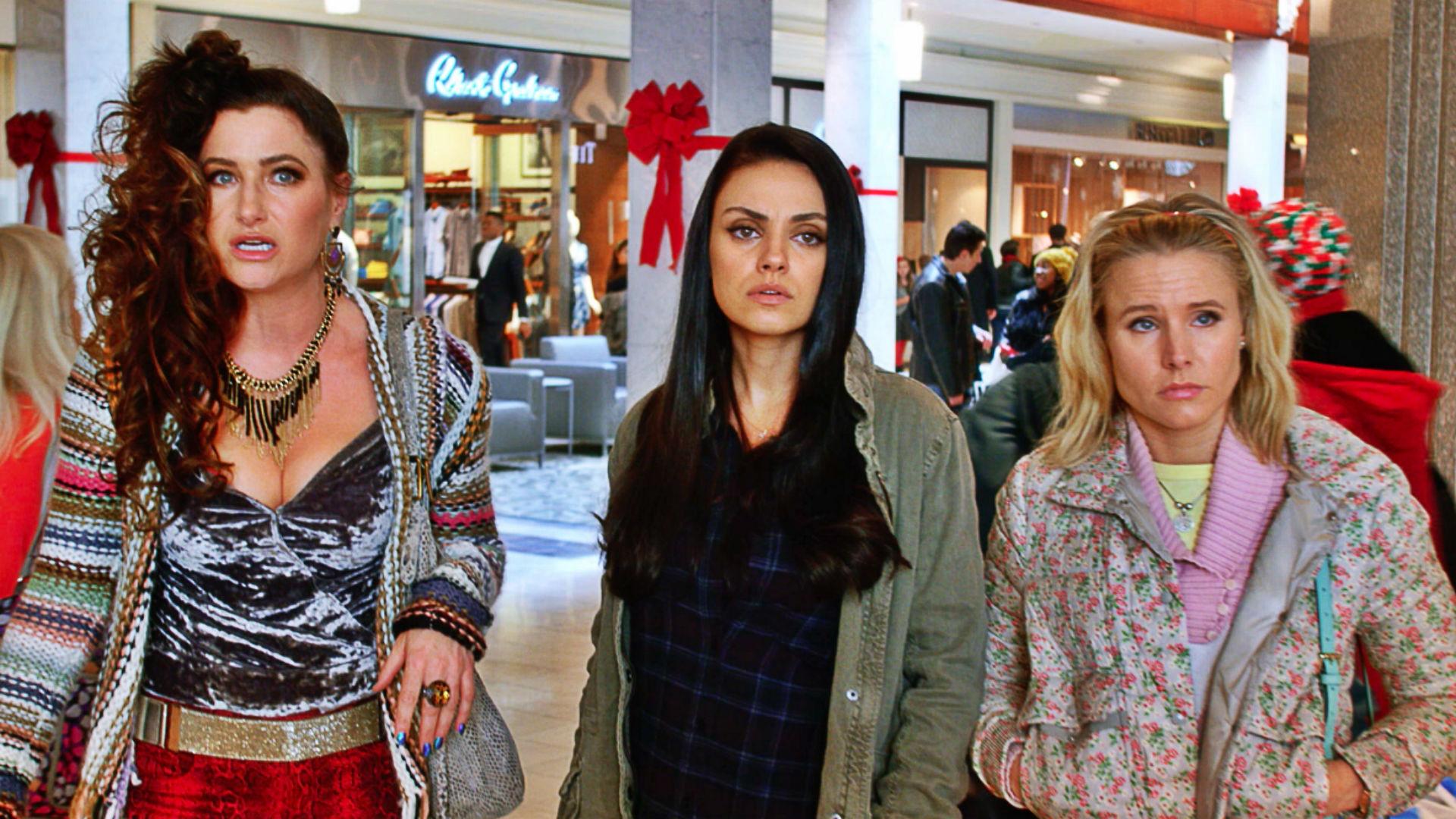 Everything went as it was imagined. Carla gets a note that Iris took off with the money she lent her. Things become sour between Ruth and Amy when Amy realizes that Ruth invited strangers to her home, which is exactly what she does not want for Christmas. Amy tells Ruth to get out of her life, and Ruth leaves the room crying. Meanwhile, Sandy is happy when she tells Kiki that she has put up a cash price for the house next door. But of course, Kiki is not happy and lashes out at Sandy and asks her for some space.

Ruth rushed to the church, where she find Isis and Sandy. The mothers realize their flaws as they put effort as a mother. Hank talks to Amy about their mother, Ruth, and Amy realizes that Ruth can be a tough mother, but she always loved Amy and wanted the best mother to Amy. Amy realized her mistake and rushed to get back Ruth. Ruth tells Amy that she is a wonderful mother, and now Amy needs Ruth to decorate their Christmas home. The two head back home decorated the house properly.

The next day Jane and Dylan, Amy’s kids, are happy to see Ruth back home. Meanwhile, Kiki also repairs her relationship with her mother and accepts to feel lonely since her father died. Sandy will now be living in the house next door. And Iris pays a visit to Carla and accepts her mistakes. She is now ready to change her life and start afresh by getting a job at Sky Zone.

The Christmas dinner gathers all the families. Amy, Carla, and Kiki cheer each other up for making it successfully so far. Ty is now in a relationship with Carla, as he tracked her down to her house and accepted his legitimate love for Carla. Finally, Ruth, Sandy, and Isis become friends and are now planning a trip to Las Vegas.

Also Read: ‘Never Have I Ever’ Filming Locations: Where are Season 1 and 2 Filmed?