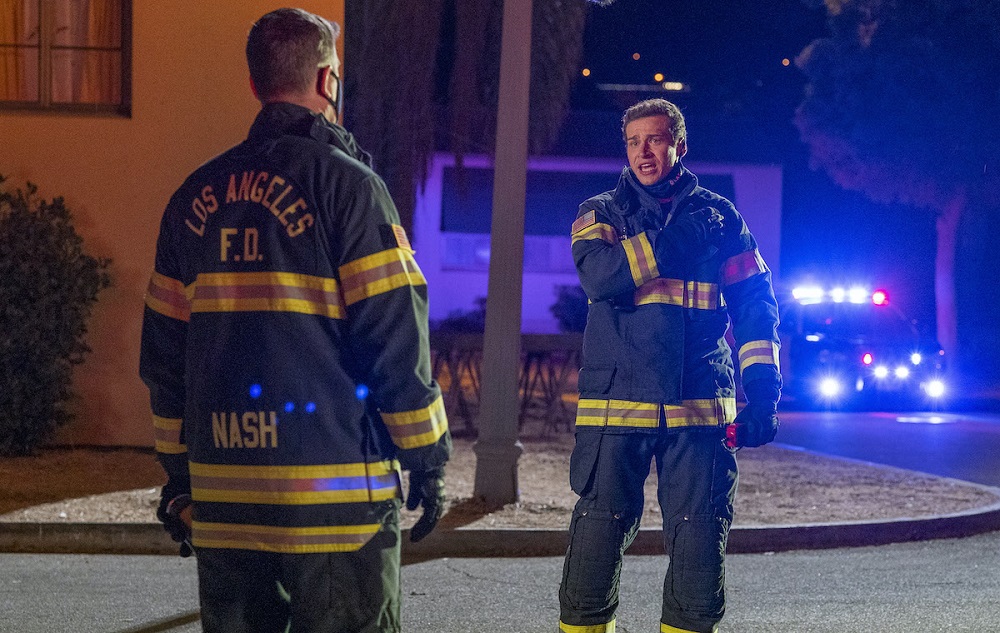 Well, all the fans of 911 must know that it has been with us for quite some while now and is pretty popular among the audiences. The show has been created by Ryan Murphy as well as Brad Falchul and Tim Minear. The show has been developed under the banner of Fox Broadcasting Company. The show throws the entire spotlight on the first responders of Los Angeles city. 911 is a procedural drama that is all about the police officers as well as the paramedics and firefighters along with dispatchers. There are so many action sequences involved in the series that make up for the entertaining bits of the show. Lou Eyrich has produced this series along with other people also present on the set. Tom Constantino was responsible for the editing of the entire show.

The show gives us a powerful insight into the lives of the first responders who are serving us all. They have to balance their family as well as jobs and the plot takes us through the ups and downs happening with them. The show has been so popular that the creators even decided to start a spinoff for 911 called 911 Lone Star. Well, a major portion of the successful outcome of the show is because of the plot. Although, the cast, as well as the characters, have also played an important role in making the show popular among the audience. The list includes Angela Bassett reprising the role of Athena Carter Grant Nash. She is the patrol sergeant in Los Angeles Police Department.

Then we have actor Peter Krause enacting the character of Robert Nash. He is the husband of Athena and works at the Los Angeles Fire Department. Oliver Stark plays the part of Evan Buckley and is a firefighter with Nash. Kenneth Choi reprises the role of Howard Han who works at the paramedic’s department. Aisha Hinds enacts the character of Henrietta Wilson who is also a firefighter as well as a paramedic. Ryan Guzman plays the part of Edmundo Diaz. Corrine Massiah reprises the role of May Grant. She is the daughter of Athena and Michael. Rockmund Dunbar enacts the character of Michael Grant. He is the former husband of Athena. Connie Britton plays the part of Abigail Clark. She is an operator at 911. Jennifer Love Hewitt reprises the role of Maddie Buckley.

We have had three successful seasons of 911 and right now, we are on its fourth one. Seven episodes have already aired on the Network while we are moving ahead for the eighth one. Previously in the show, we have seen that our team has been dealing with a lot of chaos in the city. Firstly, there were series of calls that involved a man being duct-taped to a building. The team is struggling to help him and solve the case while another emergency arrives in the form of a restaurant manager throwing the chairs out of the window because of a gas leak at his place.

This is not all, the third situation rose when the news came that fire has been caught in the explosive firework that is worth a fortune of cash has caught fire. Then again in the 7th episode, we saw that the 118 teams have been doing a very good job at maintaining the order in the city and serving the ones who are in danger. Also, it was a piece of big news for Henrietta when she acknowledges that her mother has come without any announcement and is planning to move to Los Angeles with her. Now we have spoilers for the next episode of 911 season 4 so if you do not wish to know them, you can skip. We will see that our team at 118 will be called to the tarmac. It is because a flight attendant has reached their breaking point. Meanwhile, we have Eddie trying to figure things out. Well, he fears that Christopher is not going to accept him as a romantic partner.