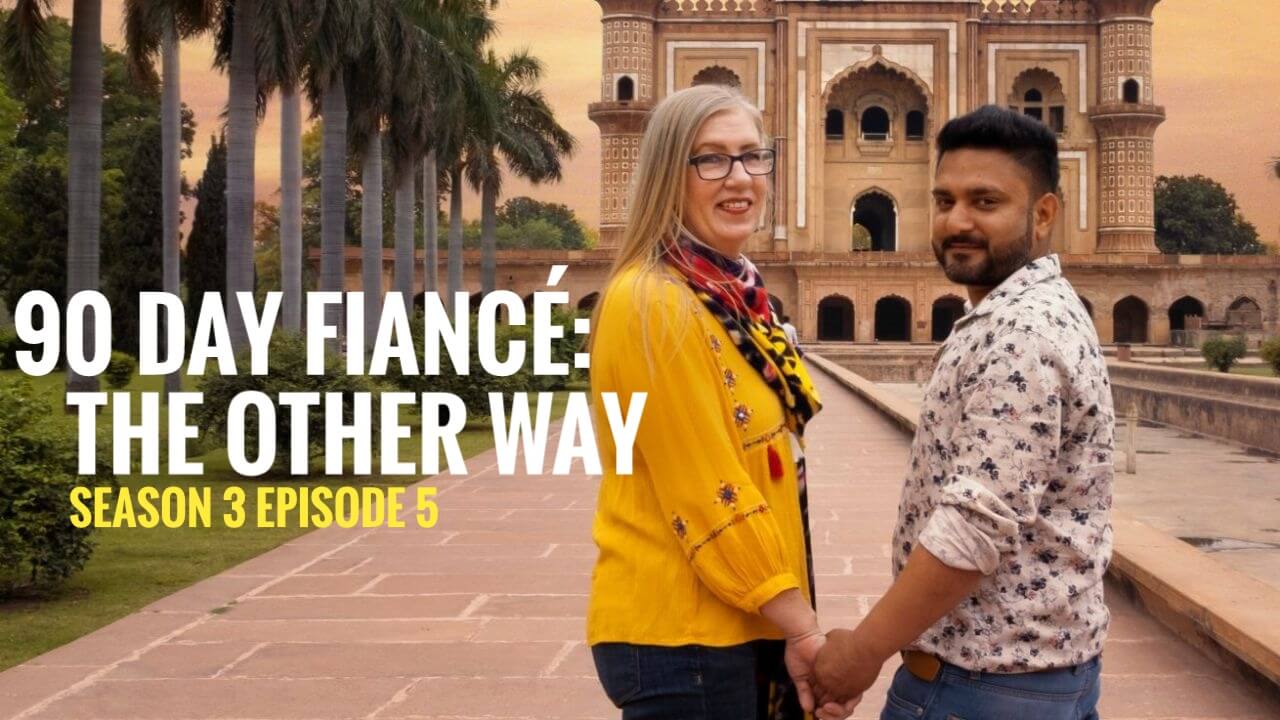 90 Day Finacé: The Other Way season 3 episode 5 will see the contestants facing their fears. Aptly titled, “Facing Fears”, the episode will see Armando facing his parents. According to the official synopsis, he will have to reckon with disappointment. While Corey will confess multiple secrets, Ellie will have to contend with the state of her new home. Steven is getting cold feet about pushing up the wedding. Biniyam will be taking Ariel to a holy site.

90 Day Finacé: The Other Way follows couples that consist of an American and a non-American. The American partner marries their partner abroad and moves to their country. This deviates from the previous iterations of the show, where the non-American partner would move to America. Following their efforts at making it work outside the US, the show also brings couples from previous seasons. 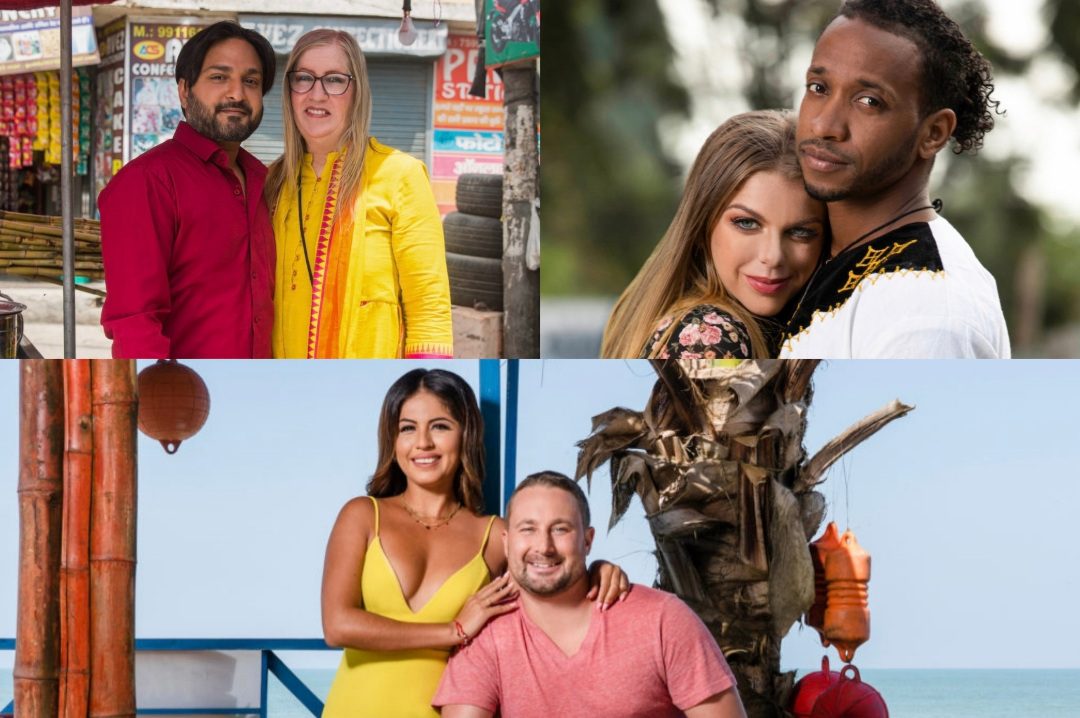 90 Day Finacé: The Other Way season 3 episode 5 will release on September 26, 2021, at 8 p.m. ET on TLC. The network airs new episodes every week on Sundays. With an average runtime of 42 minutes, season 3 may also run for 22 episodes, like previous seasons.

Where to Watch 90 Day Finacé: The Other Way Season 3 Episode 5 Online?

Fans of the show fan catch 90 Day Finacé: The Other Way season 3 episode 5 on TLC on Sunday at 8/7 c. You can also catch the latest episode as well as all previous episodes on TLC’s official website. Other alternatives include watching it on Discovery+, but only if you’re in the UK. Or you can also opt for video-on-demand alternatives like Amazon Prime Video, iTunes, and Google Play. You can also watch it on DirecTV, Philo TV, Apple TV, Fubo TV, Sling TV, Hulu+Live TV, or YouTube TV.

Episode 4 saw Steven and Alina finally reunite in Turkey. Hailing from Utah, Steven has 90 days to get married to Alina so he can go home with her. Alina is from Russia and the two have only spent two weeks with each other so far. Alina also harbors some concerns about their separate apartments. She has also had her friend, Masha, send Steven some flirtatious texts messages to test his faithfulness.

Meanwhile, Evelin’s sisters finally get to learn about her marriage. Expectedly, they don’t take the news too well. Since it means that he was with Jenny at the time they were married, so it follows that he cheated. At lunch, Evelin’s sisters make the most of the opportunity to get at Corey. They order him a bull penis dish. Corey talked about how he was heartbroken when he met Jenny and thought it was over with Evelin. Lipsy and Lesly, however, aren’t paying any heed to any of it.

On the other hand, Ariela’s ex-husband Leandro was the cause of much chaos in this episode. Biniyam’s sister Wish and Mimi don’t take kindly to him. Their reason for being protective of Biniyam is his ex-wife who left him and took his son to America. Furthermore, they also reveal to Biniyam that Ari stayed with Leandro for two weeks when she was four months pregnant. This upsets Biniyam. Meanwhile, Leandro confronts Mimi and Wish and Ari also gets defensive of Leandro. The next episode will see Ari and Bini visiting a holy site together.

Ellie gets a call from Victor before heading off to Providencia to meet him after the hurricane. Victor tells her he’s on San Andrés Island. The two then reunite at the airport. Victor tells her how he doesn’t fully understand how he’s still alive.

Kenneth and Armando are finally having a wedding. They decide to tell Armando’s family, which has not been very accepting of the marriage, about the wedding. When they arrive at Armando’s parents’ house, his father actually greets him and Kenneth with surprising acceptance. However, Armando isn’t able to go through with it and break the news to his parents, out of fear of rejection.

After finding that a missionary visa won’t suffice, Amit is now trying to file for a lost passport. Meanwhile, Jenny is tired of waiting and needs Amit to make a decision. 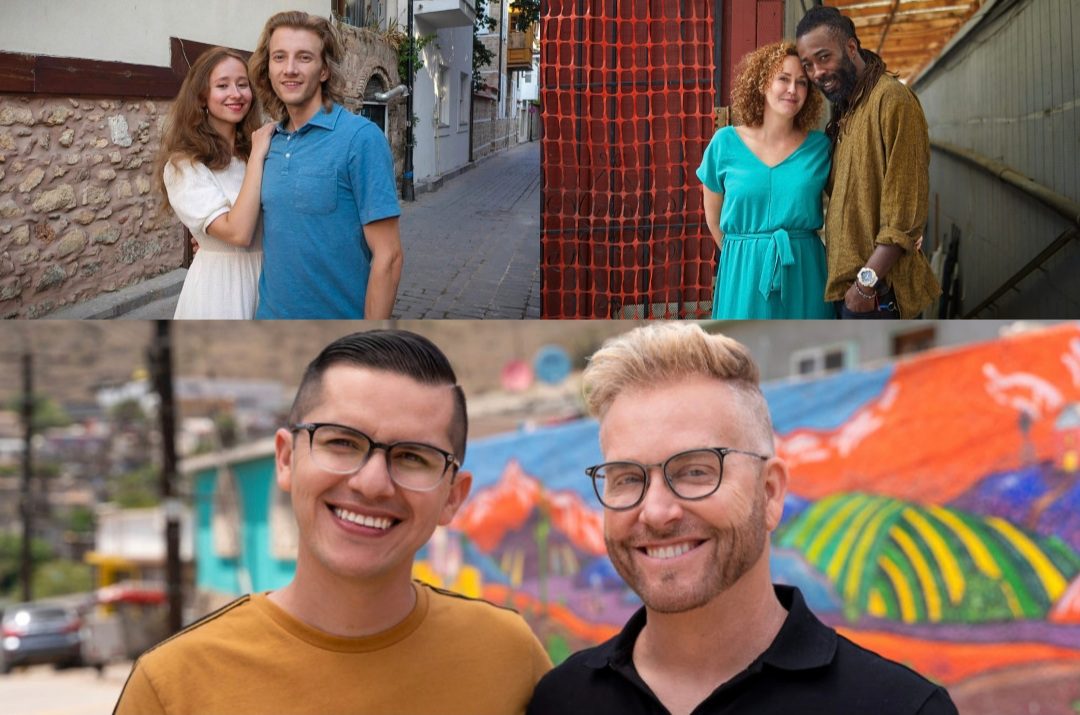 Episode 5 of 90 Day Finacé: The Other Way season 3 will see more of Evelin’s sisters’ hostility towards Corey. He still hasn’t told the full truth about what happened with Jenny to Evelin. He should be wary of what revealing the full truth to Evelin and her sisters will entail. Meanwhile, Alina has concerns about feeling safe and things Steven is just making up excuses. Steven has also not told her that he’s not a virgin. Meanwhile, Ariela’s friendship with Wish and Mimi seems to crumble more and more each episode. The whole situation is full of chaos at the moment. It seems that Leandro coming into the picture is only going to worsen the situation. Mimi and Wish are rather protective of their brother while Ariela wants to make things work.

Elsewhere, Ellie and Victor have reunited. However, Victor’s home that he built for themselves is now gone. It will be interesting to see how the two traverse through this new challenge. Kenneth and Armando got a surprise welcome that they weren’t expecting. The surprise is all that made Armando fear rejection if he breaks the news of the wedding to his parents. Episode 5 of 90 Day Finacé: The Other Way season 3 might see Armando finally break the news. Sumit seems to make some progress with the passport issue but he still has to fulfill his promise. Episode 5 will see Jenny take him up for his promise as her patience is running out.

Also Read: 90 Day Fiance Cast: Where Are They Now?