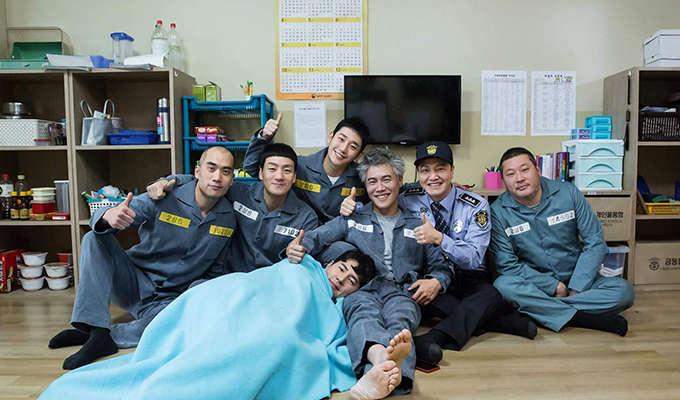 Since its broadcast in November 2017, Prison Playbook (also known as Wise Prison Life) has managed to steal the attention of many K-drama fans. This Korean drama series just closed its last episode on January 18 with a high rating. AsianWiki itself has scored 89% for this series by Shin Won-ho.

The story is set in prison and centers on the life of Kim Je-hyuk (Park Hae-soo), an accomplished baseball player in Korea. Je-hyuk was sentenced to one year in prison after beating his sister’s rapist to death. In fact, a few days earlier, Je-hyuk was announced to be playing for the major league in the United States.

Well, this series tells the story of Je-hyuk’s life while in prison. However, the Prison Playbook also sheds light on the lives of the other prisoners as well as the guards who work there. One of them is the warden and Je-hyuk’s best friend, Lee Joon-ho (Jung Kyoung-ho).

Because the story is interesting and not easy to guess, fans hope that this drama series can be continued into the next season. Also, many positive things can be taken, including moral values ​​to keep doing good to everyone even though our kindness is not appreciated by that person. Yep, stories about prisoners are not always bleak, really. Besides getting the meaning of a good life, you will be made funny by the hilarious actions of the characters in each episode.

Although the first season already ended in 2018, people are still expecting to see the second season of this series. Indeed, the potential for season 2 is still very minimal. However, in terms of the story itself, there is no longer any reason not to continue this series. Here are some reasons!

1. Romance of Kim Je-hyuk with Kim Ji-ho and Lee Joon-ho with Kim Je-hee 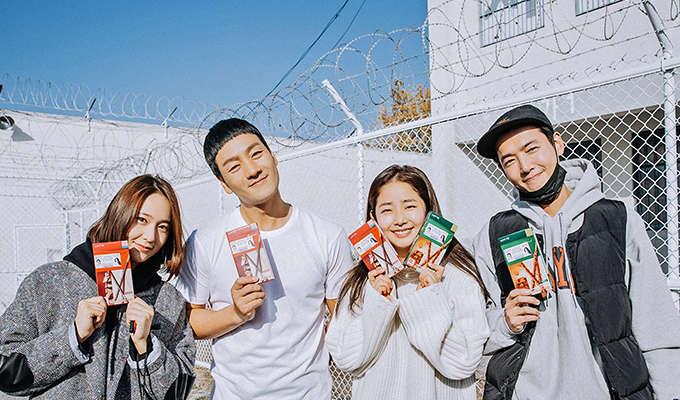 Romance stories have always been the main ingredient for Korean dramas. This series is no exception. The story is that Je-hyuk has an affair with Kim Ji-ho (Krystal), whom he has known since childhood. The relationship between the two of them looks more sweet and romantic from one episode to the next, especially during the last episode.

Not only Je-hyuk and Ji-ho’s love story is in the spotlight. There is a character of a prison policeman who turns out to be Je-hyuk’s close friend, Joon-ho. He is a former baseball athlete who was outdone by Je-hyuk. However, instead of feeling annoyed, he actually loved his best friend. So, that’s why Joon-ho’s character is widely liked, and fans want to know the continuation of his love story with Kim Je-hee.

Je-hee himself is Je-hyuk’s younger sister. She feels guilty for her brother because she made Je-hyuk go to jail. However, Joon-ho can make Je-hee cheerful again and accept the reality. Finally, Je-hee likes Joon-ho, and their love story begins.

Fans certainly hope that these two couples can end up happily. That’s why season 2 of Prison Playbook really needs to be realized as a means of proving the sincerity of their love.

2. Min-Cheol has a happy life with Jean Valjean 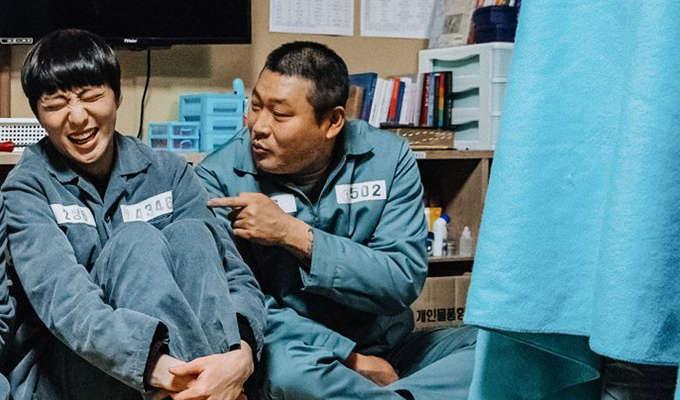 When you first watched this drama, of course, you thought that Min-Cheol (Choi Moo-sung) and Jean Valjean (Kan Seung-Yoon) were really father and son. In fact, the two of them also just met right in the detention cell. Likely, Jean thinks that Min-Cheol can be a father figure by him.

When Jean is free, Min-Cheol can only surrender. She thought Jean would forget about it and not visit her. In fact, Jean still visits her and says that she’s busy working to buy a house to live in with Min-Cheol. Really sweet, huh?

So, towards the last episode, Min-Cheol meets his biological child (Kim Ji-min). If there is season 2, I hope Min-Cheol can come back with his wife and children and live in harmony with Jean.

3. Han-Yang gets along with his mother 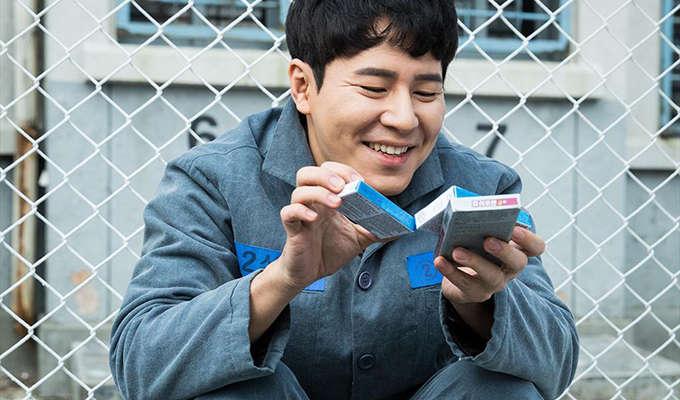 Han Yang (Lee Kyu-Hyung) is said to have a problem with his mother. He felt that his mother never loved him and was only busy thinking about his restaurant business. Towards the final episode, Han-who tries his best to stay away from drugs for the sake of his girlfriend, Ji-won.

When Han is free, the one waiting for him is not just Ji-won. His father and mother also joined me

to welcome his freedom. Ji-won seems to be ready to present a ring to Han Yang.

Unfortunately, in the last episode, the story of Han-yang, who was already free, didn’t tell anymore. Fans also wondered, did he really get along with his parents? And, roughly, has the ring Ji-won prepared been given to Han-yang? Yep, Han’s story – which is still so hanging! Hence, fans hope to find the answer in season 2.

Also read: What to Expect From The Penthouse Season 2: War In Life Episode 10?

4. Captain Yoo is back in the army 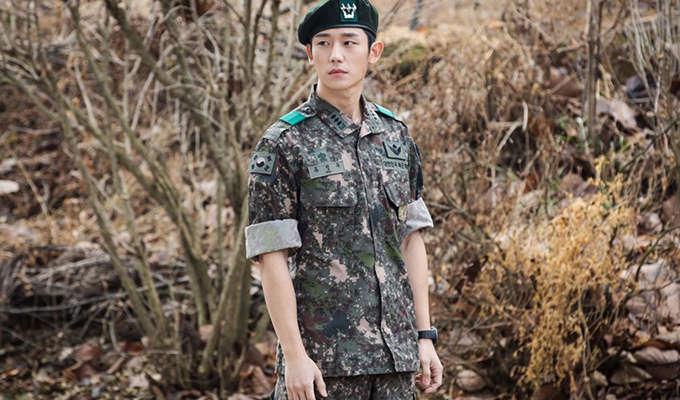 It is said, Captain Yoo (Jung Hae-in) was previously a soldier. However, he was slandered by killing his younger generation by his fellow soldiers. Finally, Captain Yoo has to deal with the law and goes to jail. Initially, he had a cold and violent nature because of the problem. However, thanks to his roommates while in prison, including Je-hyuk, he softens up.

Day after day. Captain Yoo’s brother still struggles to defend his younger brother. He believed his sister was innocent. The brother also collected evidence and went to Captain Yoo’s fellow soldiers to want to testify the truth.

In the last episode, we told you that Captain Yoo’s brother’s struggle was not in vain. As a result, the petition for a retrial for Captain Yoo was accepted. So, that’s why Captain Yoo can be free and return to being a soldier. 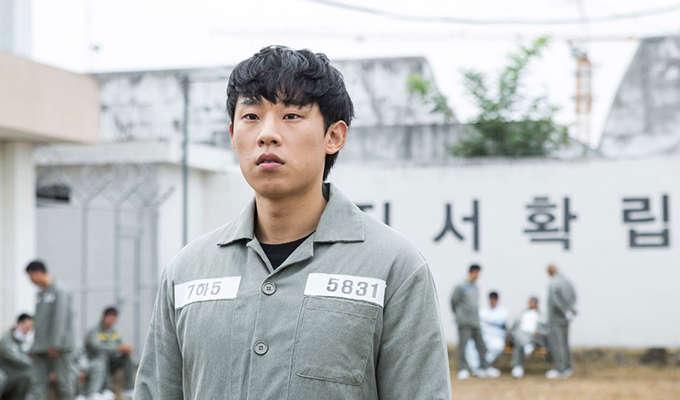 As a loyal follower of Je-hyuk, from the beginning of the episode to the end, Beobja (Kim Sung-Cheol) always got a big role. Several times he was in and out of prison for the same case: stealing. He also understood all the information about the prisoners the best. You see, Boebja decided to serve himself in prison for Je-hyuk’s sake after Je-hyuk helped his mother, who was in critical condition, to get an operation immediately.

In the last episode, Beobja was shown as Je-hyuk’s personal driver. During a flashback scene when Beobja is about to be freed, Je-hyuk gives his phone number and says that he will call Beobja on his freedom day.

Of course, fans hope that if there is season 2, Beobja can remain faithfully working with Je-hyuk, and the two of them will have a relationship like siblings. Do you agree? 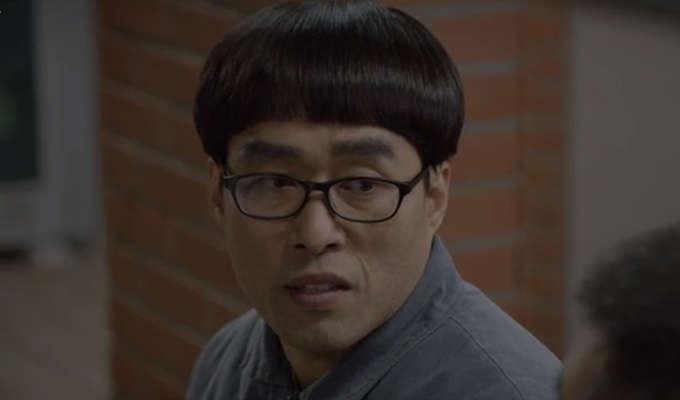 One of Je-hyuk’s colleagues in the cell is Gobaksa, aka Doctor Go (Jung Min-sung). He is an employee at a well-known company who must be arrested for embezzlement of funds. However, in fact, he was made a victim by his company.

Gobaksa was lured to get double the salary if he admitted that he was the perpetrator of embezzlement of funds. He himself has a background as a law school graduate. Therefore, he always sends letters of criticism and suggestions to the police in prisons to get prisoners’ rights that are not fully obtained by the detainees.

Towards the final episode, Doctor Go has had time to trap his boss and get a recording of the boss confessing his actions. However, the character is told to move to prison and not appear again, causing a big question mark in the minds of fans. Well, if there is season 2, Doctor Go could just strike back at his superiors. When things turn around, Doctor Go can get out of prison and return home to meet his little family. 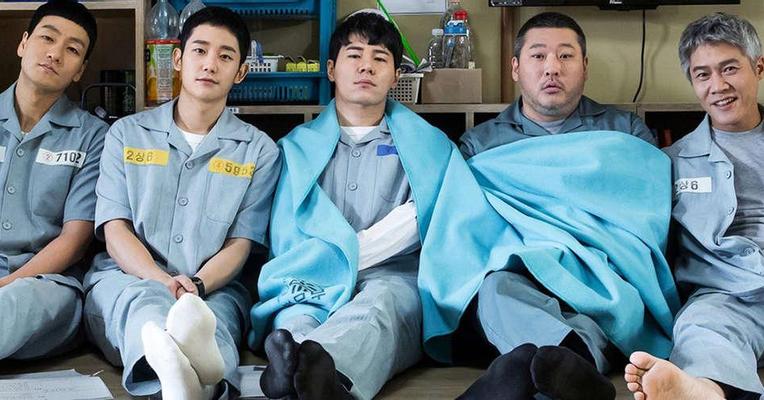 In the last episode, when Je-hyuk gets out of prison, Captain Yoo and Ddolmani (Ahn Chang-hwan) are left. When Je-hyuk said goodbye to the two, Ddolmani said a very moving sentence. He said that while in the cell with Je-hyuk and friends, he just felt that he was treated like a real human.

Considering that in the last episode of the Captain Yoo case, we have found a bright spot, this indicates that only Dddolmani remains in the cell. Hopefully, all of them who have been in detention with Ddolmani make a reunion and visit Ddolmani. It could also be that in season 2, Ddolmani is told to be free and start a new life as a better human.

The Prison Playbook characters are a bunch of imperfect humans. However, they have a desire to turn into better people. That message is conveyed through this series.

Also read: Most Offensive and Controversial Roles in Hollywood Movies / History of Criticism Towards Marvel Superhero Films: An Overview