7 Days to Die was a huge success when it was launched first in 2013. 7 Days to Die is a horror survival game. The game is developed by The Fun Pimps and published by Telltale Games. The game has sold around 4-5 million copies since its launch. There has been a lot of confusion going on regarding the game because the game is still in early access, and the developers aren’t giving any clarity on the future of this game. The last official statement was made way back in 2019, and since then, there hasn’t been much from them.

What has exactly happened? Let’s have a look at the events in detail.

Differences in Console and PC edition

There is a lot of difference between the games which are on PC and Console. The PC game is far better than the one on the console. The funny part is, the game costs less on PC and costs more on the consoles. So the fans have been totally outraged by this. Never ever the game saw a price reduction on the console. There haven’t been any significant updates. It’s the same old game with maybe a better graphic patch that came years ago, and still, they are charging $29.99 for this game.

Initially, when in development, the publishing rights were with Fun Pimps, but they were taken over by Telltale games. So all the major part of the profit from sales and everything was going over to Telltale games. After some time, due to some reason, Telltale games had to sell the rights of the game once again. Fun Pimps games bought back the rights in an auction, and it cost them a hefty amount. This can be a reason why there has been no development or updates for the console edition of this game.

Another big issue which the developers will face now is the issue of making the game compatible with the next-gen consoles. The Fun Pimp website has new job openings where they have mentioned that they need new developers for developments on the game. They are clearly facing issues to make the game better for the upcoming consoles.

Mismanagement and No Community Support 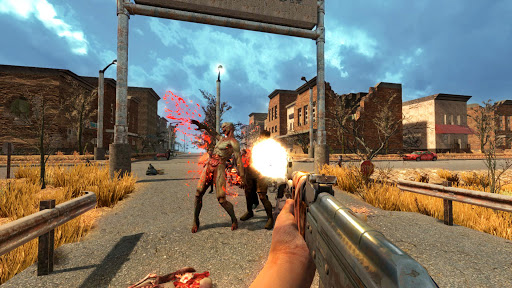 They say we have already said where we are with the game, and constant questioning like this won’t change our answer. Well, answering a question two years ago and then referencing back to that answer for a long, long time doesn’t work in this gaming industry, does it?

Well, it has been 8 years since the launch, and the game is still in an early access phase. Paying $29.99 dollars in 2013 for 7 Days to Die is a great deal but then getting no further value on it is the worst part. Even the popular game streamers are losing their patience with the game. Even after so much disappointment, there are tens of thousands of gamers who play this game dedicatedly. But I don’t think these tens of thousands of gamers won’t last long with the game. There are a few other survival games that are doing great, and we may soon see all the fans jump from this game to the others.

Well, I am not taking anything away from the game. The game is great, and the copies it has sold are proof of it. It is one of the best survival games out there for PC, with a Steam rating of 9/10. There have been a lot of issues when it comes to consoles; some of them have been mentioned above. But that doesn’t give the company to drag it for so long without any clarity. People have invested a significant amount of money, and they deserve value out of every single penny.

For now, the rights are back with Fun Pimps; the development for next-gen consoles looks like being sorted out, so there is some progress made. If the community doesn’t hear anything soon from them, they won’t think twice before abandoning the game. The gamers have shown a lot of patience, and there is not much patience left for them. Let’s see if Fun Pimp Games comes out with an update or any official statement regarding the development or not.