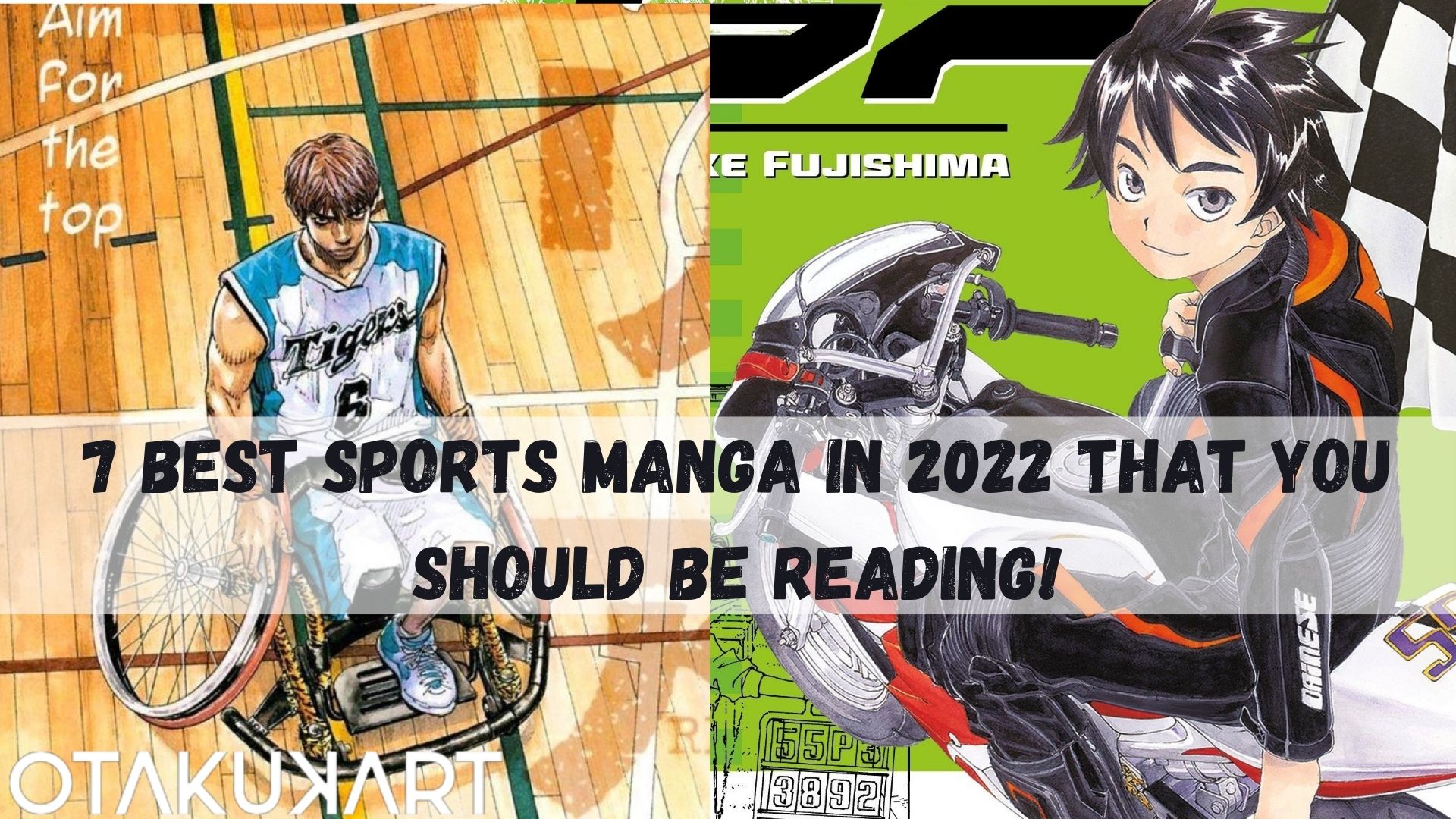 7 Best Sports Manga In 2022 That You Should Be Reading! CR; Otakukart

Do you want to read any sports manga in 2022? Then you’ve arrived at the right place. There must be tens of thousands of anime and manga out there already. Moreover, hundreds of new Manga and Anime are released every month, if not every day. With such a large figure, not everyone could read and watch everything. We can at least look in that category thanks to categories narrowing down the list of anime and manga to watch and read. However, the figure remains significant in several areas. So, in this post, we will deduce the “Sport” genre and explain why you should read it in 2022.

The sports genre in anime and manga, like any story, depicts the story of the players’ hardships and their journey to triumph. The methods utilized in this genre are distinctive, particularly in the manga. It is perhaps one of the most difficult approaches to drawing and narrating a tale. Sports manga arts are visually appealing, which is one of the reasons you want to read sports manga in 2022. Furthermore, the adventure in this genre is really comparable to reality. The characters are far more genuine than fictitious shonen characters.

The sports manga listed in this listicle article will not be Haikyu or Kororo no Basket. We are confident that you have previously seen them or read the manga. We’ll go through some new sports manga that has just been released and have made their way to the forefront or the manga which have been there for a while but never made the surface of popularity. So, without further ado, here are some of the finest sports manga in 2022 that you should read.

(The most anticipated Sports Anime of the year)

Blue Lock is the manga that everyone should read in 2022 since it is the pinnacle of Sports Manga. If you enjoy soccer or football, you should read Blue Lock the sports genre manga before it becomes too popular and you can’t escape spoilers. Because it is one of the most anticipated anime of the year, you should read it only to get a sense of what the anime will be about and why fans of the manga are anticipating its debut later this year. 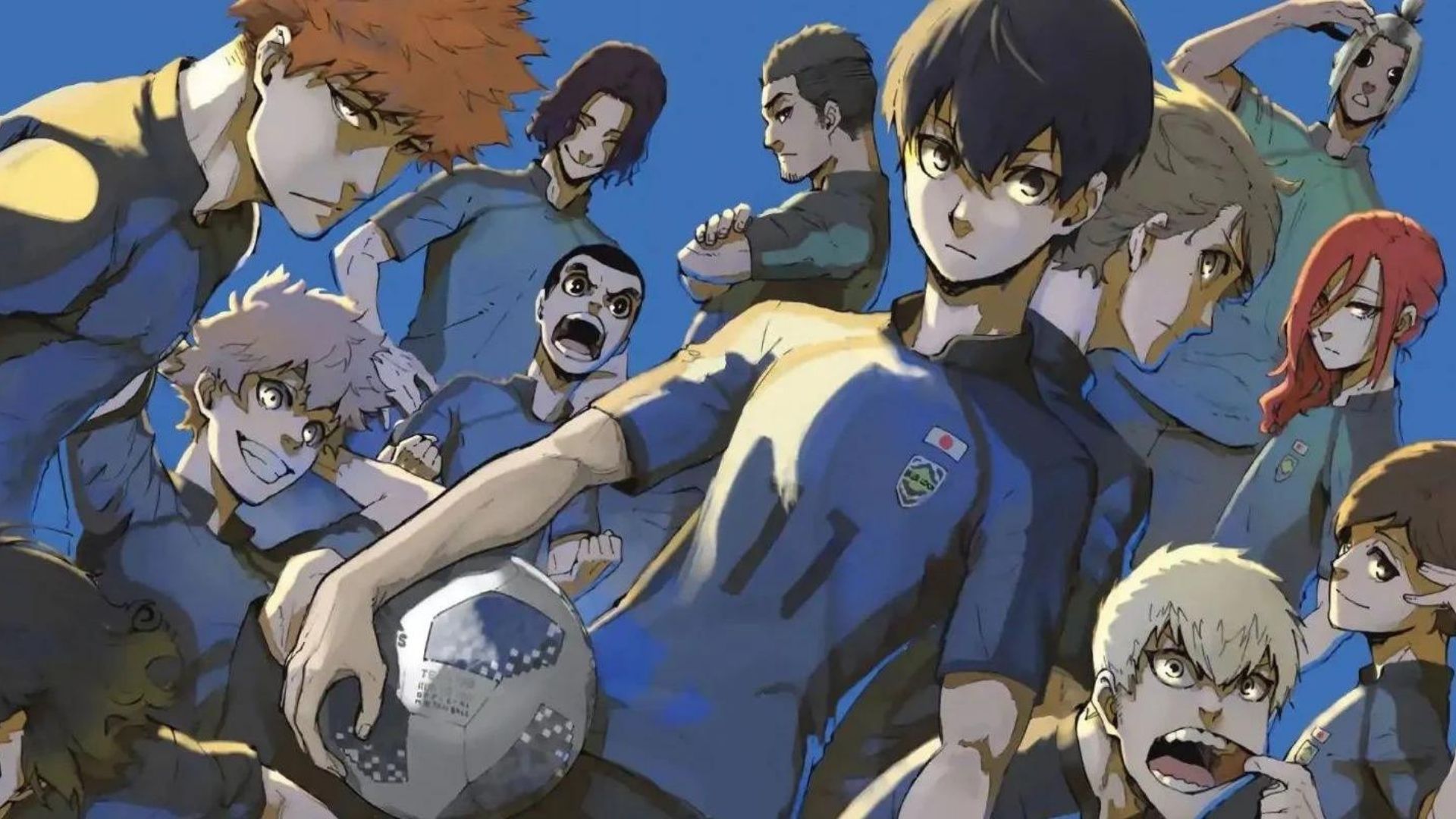 In its finest arc, the story of this Manga is practically identical to that of shounen anime. Muneyuki Kaneshiro wrote and drew the manga, which premiered in August 2018 and now has 19 volumes as of May 2022. The plot centers on a training routine aimed at bringing the finest soccer player to Japan’s national squad. Following Japan’s 16th-place result in the 2018 FIFA World Cup, the Japanese Football Union has chosen to take things to the next level. They recruit Ego Jinpachi, a soccer mystery, to make improvements to the Japanese National Team.

He designs the “Blue Lock” program, in which 300 students from all around Japan compete to be the best striker in the world. And just one of those 300 will go on to become the finest striker in Japan, while the rest will never have the chance. This extraordinary adventure will be seen through the eyes of our main character “Yoichi Isagi,” who likewise decides to be the finest soccer player in the world.

Let’s talk volleyball, but it’s not Haikyuu, I swear. If you liked Haikyu, I’m confident you’ll like reading the sports manga Crimson Hero in 2022, which will replace the one gap left by Haikyu. That is anime romance while experiencing some thrilling sports tension and adrenaline. This sports manga follows a 15-year-old girl whose ambition is to become a great volleyball player. 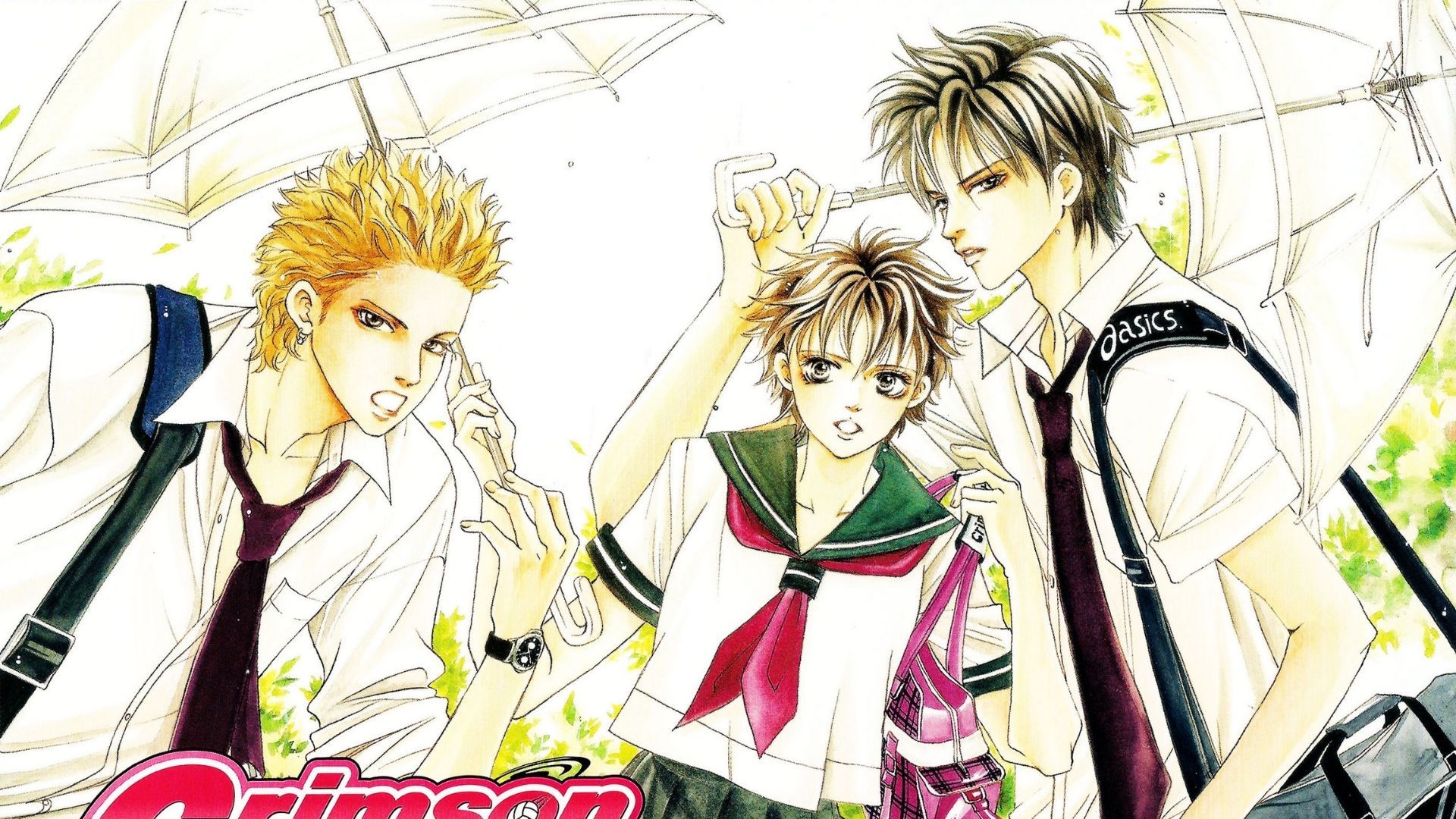 Nobara leaves the house because her mother discourages her volleyball career and forces her to work at the family inn. As their dorm mother, she lives with four other lads from Crimson High Boys Volleyball. Regrettably, the girl’s squad at Crimson High School has been dismantled. Nobaro reignites the girl’s volleyball squad with a 3-on-3 game featuring a notable setter named “Tomoyo Osaka.” Nobara strikes a pact with her mother to allow her to play till high school.

Welcome to the Ballroom

Welcome to the Ballroom is a sports manga with a unique perspective that you should read in 2022. If you thought viewing sports where players run was unusual in Manga, wait till you see them dance. It’s a strikingly distinct and visually appealing viewpoint. If you want to read sports comics in a new way in 2022, you should definitely read Welcome to the Ballroom. 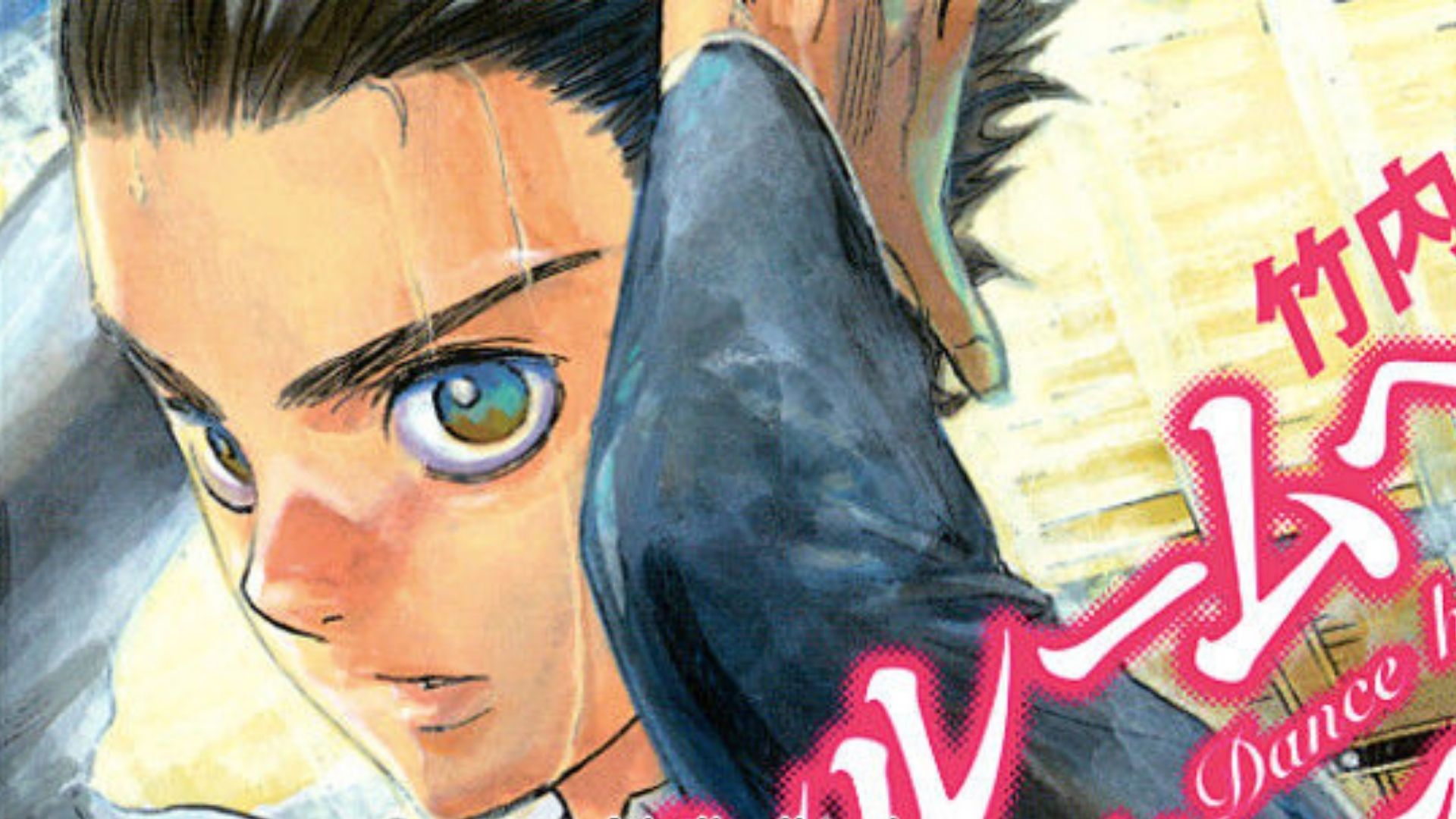 Welcome to the Ballroom; Manga Cover

The plot revolves around a young man called Tarata Fujita, who has no plans for the future and tries to avoid associating with others. On one occasion, though, he is saved by a ballroom teacher from bullies who invite him to observe the art of dancing. He recognizes his affinity for dance and art after just one visit to the studio and one dance Then and there he decides to begin his life journey in competitive dance. The ups and down in this manga are amazing and you will love reading it.

Based on “Football,” here is something that American fans will appreciate reading. The anime and manga genres are well-known and respected around the world, notably in the United States. So, of course, there is sports manga based on “football,” which Americans or anybody else might enjoy reading in 2022 in the sports manga “EyeSheild 21.” The manga, written and illustrated by Riichiro Inagaki and Yusuke Murata, finished broadcasting in 2009. If you haven’t heard about EyeSheild 21, I encourage you to watch or read the anime right away. 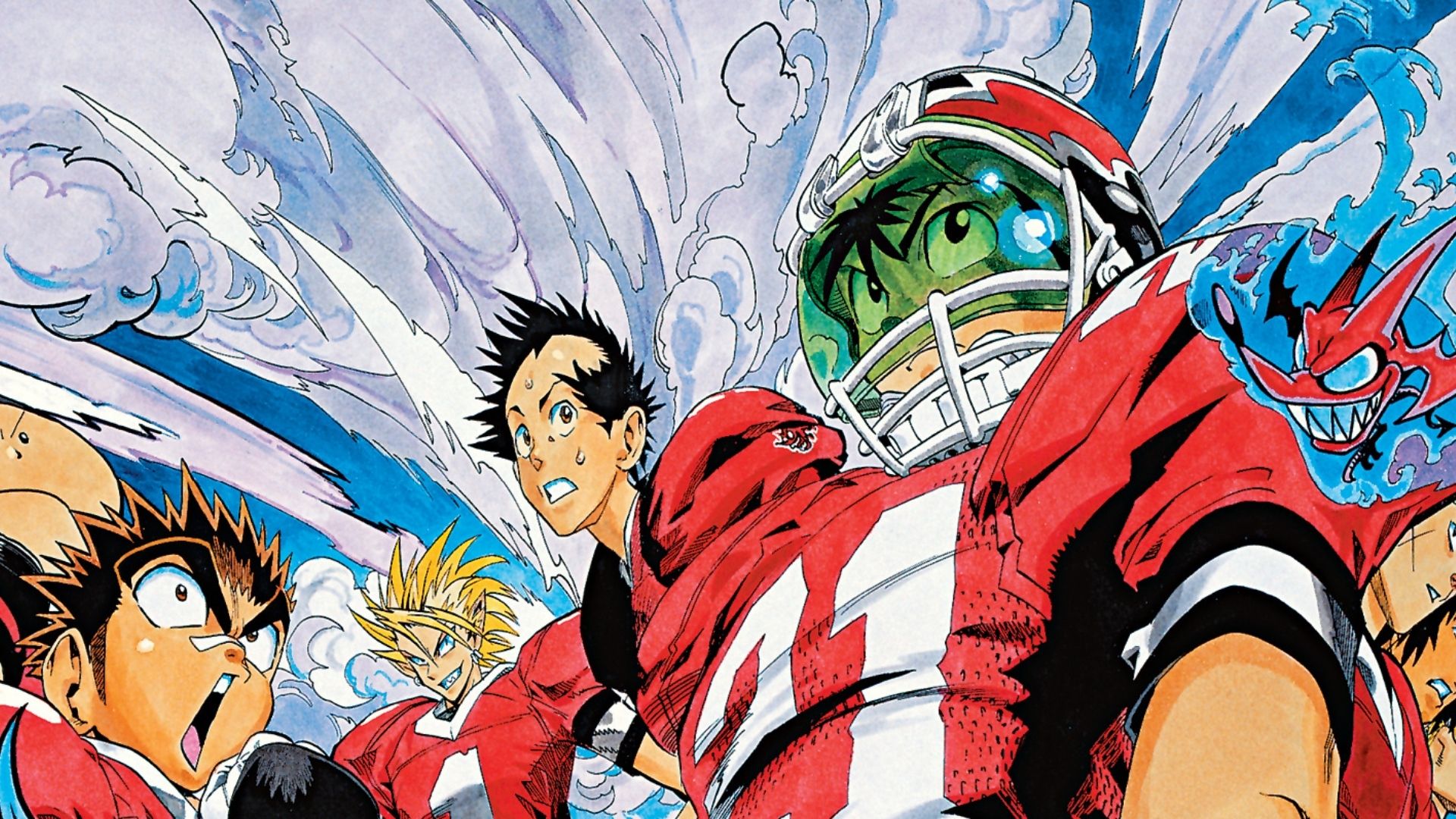 The plot revolves around Sena Koboyakawa, a Japanese youngster who is weak but knows how to run quickly. Yoichi Hiruma, the captain of the school’s American football team, notices Sena’s sprinting and invites him to join the squad. Sena joins the squad wearing an eyeshield helmet under the alias “Eyeshield 21” to conceal his identity. His path is incredible, from knowing nothing about football to becoming a champion.

I’m quite sure you’ve heard of “Yuri On Ice.” If you like the anime or manga Yuri On Ice, you should read Sugar Princess, a sports manga published in 2022. The beauty of ice skating is that, in addition to being extremely athletic, you must also do dance and patterns. Sugar Princess, written and illustrated by Hisaya Nakajo, is a classic that lasted for two and a half years from February 2005 to December 2009. 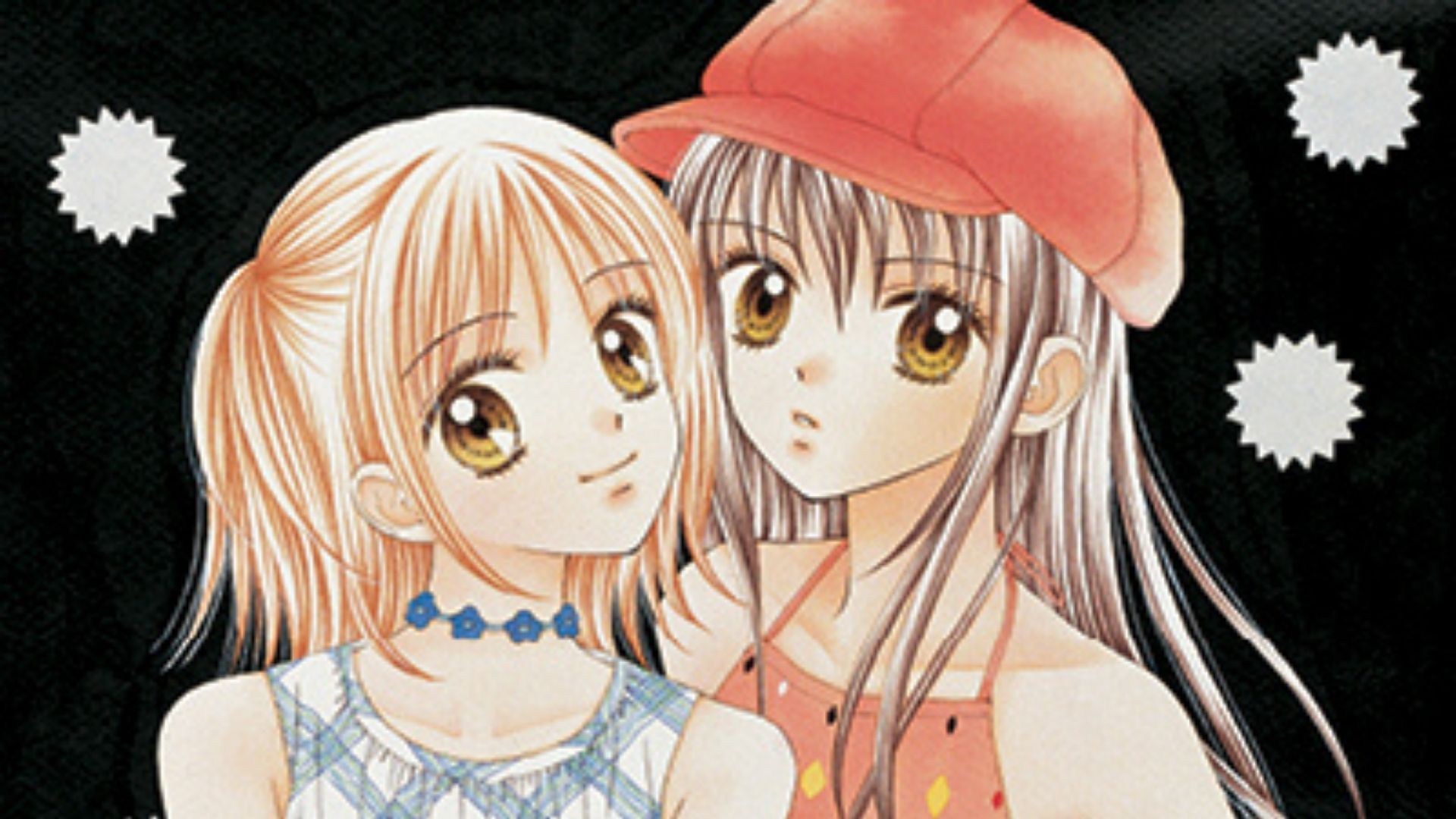 The narrative revolves around a young woman named Maya, who strikes an impact on a strange man when she decides to skate for the first time. This man scouts her on the spot, and a great opportunity for professional skating is provided to Maya. Furthermore, her co-conspirator may be Shun, a frigid character with his own secrets. The sole volume of a short sports manga that you will enjoy reading in 2022.

Toppu GP is the most unique of the in the list of sports manga you should read in 2022. If you are a racing fan or are involved in racing in any way and enjoy the adrenaline rush of “quick,” Toppu GP is the place to be. You must have raced in video games, and it is now your turn to read about racing. Kosuke Fujishima is the author and illustrator of the Toppu GP manga series. The manga was originally launched in 2016, and there are already seven volumes with over 70 chapters and counting. 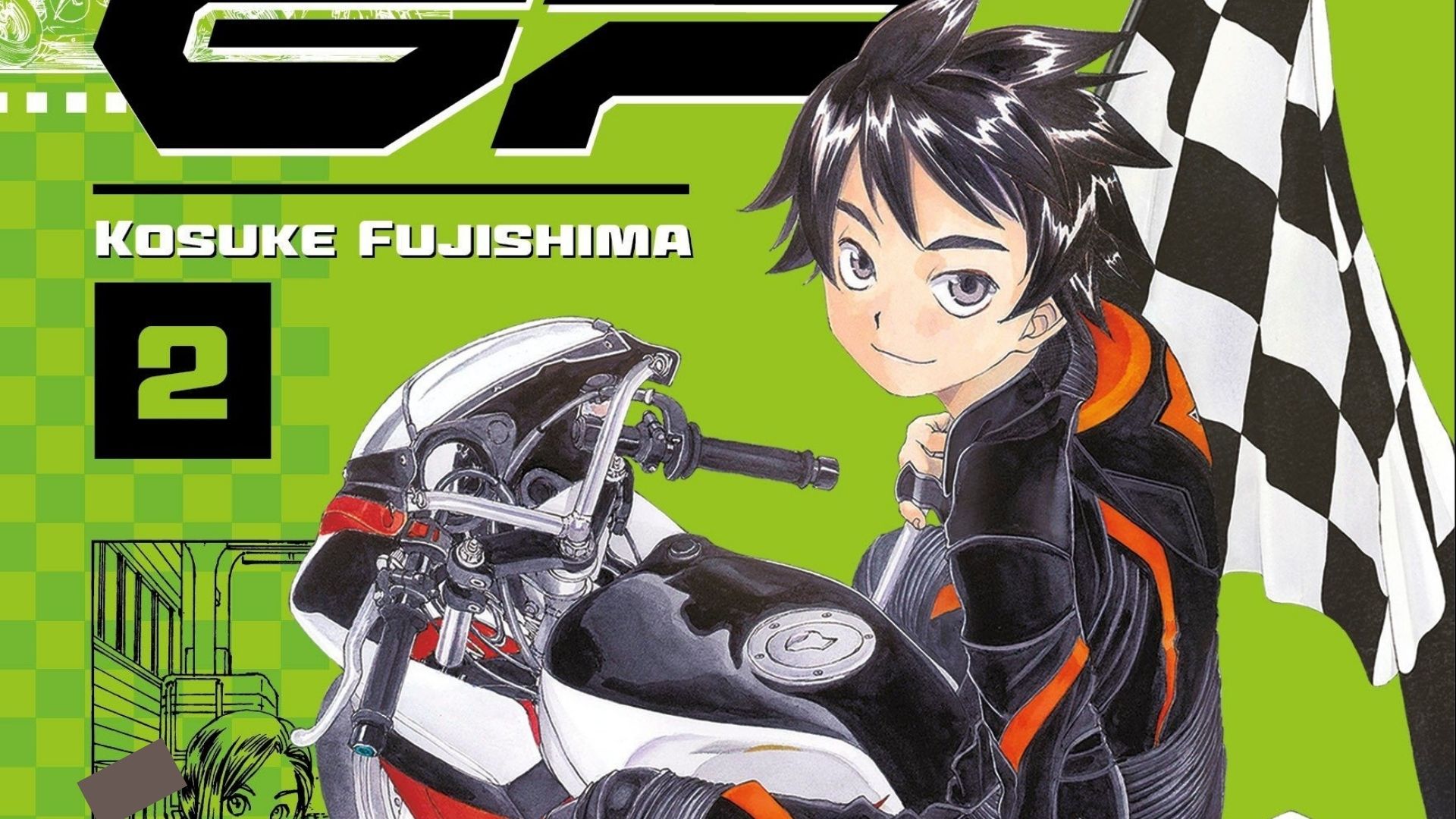 Start reading the sports manga “Toppu GP” in 2022 if you want to add something to look forward to every other week or month. The story revolves around Toppu Uno, an 18-year-old teenager who has never ridden a motorcycle but has only seen others do so. However, once he sat on a motorcycle, he decided to become the MOTO GP’s youngest champion.

“Real,” a manga, is a story about individuals who play basketball to avoid reality. With almost 17 volumes published since 1999, you should plan on reading “real” sports manga in 2022 to look forward to the publication of fresh chapters. Real manga does more than just include wheelchair basketball; it offers a story about how the protagonists deal with their physical limitations as well as their psychological inferiority. The adventure of the protagonists gradually breaking through psychological barriers is remarkable, and everyone should read it. 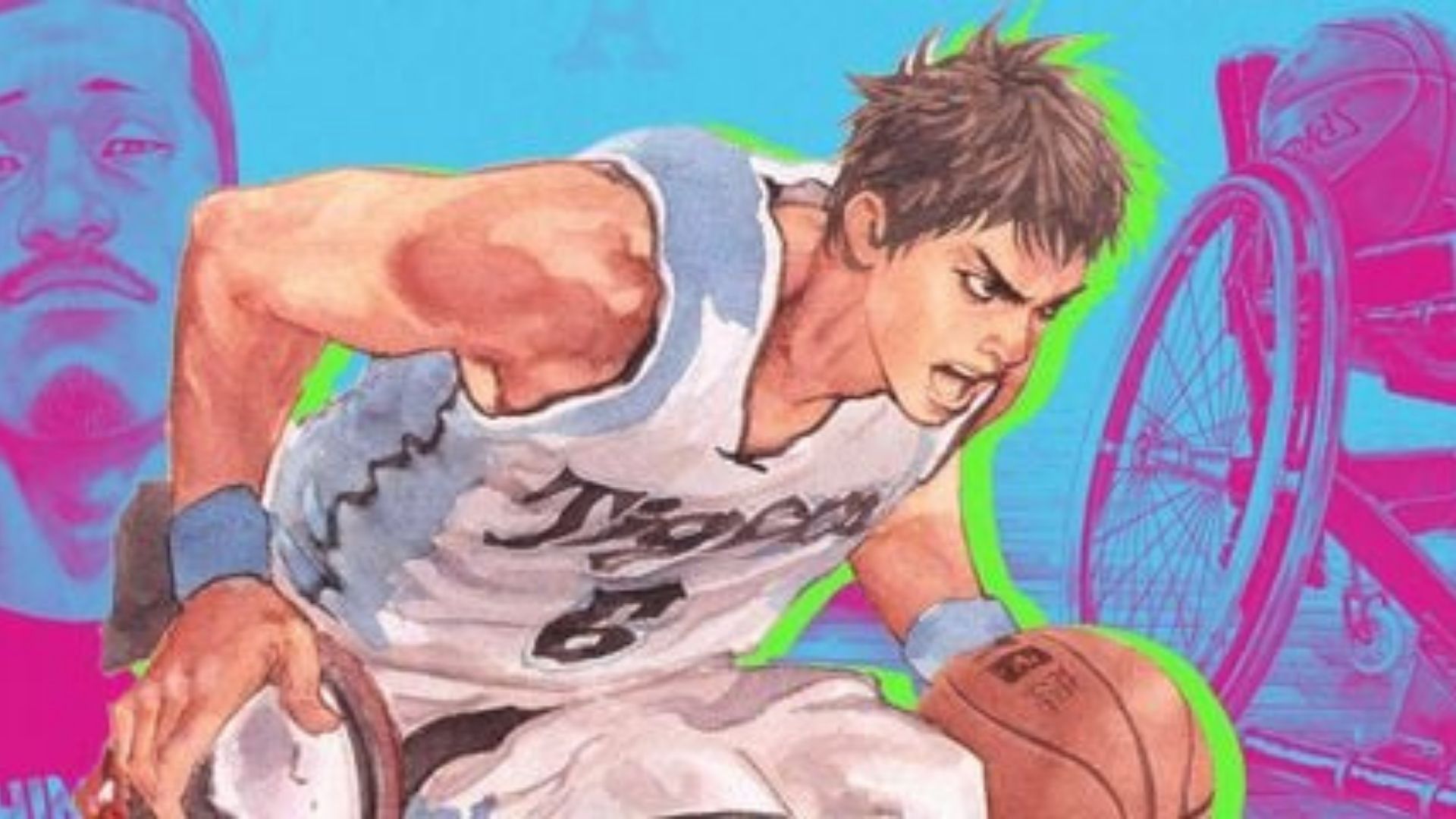 The series’ primary protagonists are three teenagers: Nomiya Tomomi, a high school dropout, Togawa Kiyoharu, an ex-sprinter who now plays wheelchair basketball, and Takahashi Hisanobu, the basketball team’s captain who is paralyzed from the chest down. The three get together to play basketball and get away from their problems in the real world.

That concludes the list of the finest sports manga that you should read in 2022. If you’re wondering where you can read them, they’re available on Viz Media’s website.