ATEEZ is finally back on the stage performing live for its fans! In case you haven't yet caught up to the ATEEZ 2022 3-day Concert in Seoul, here you go! 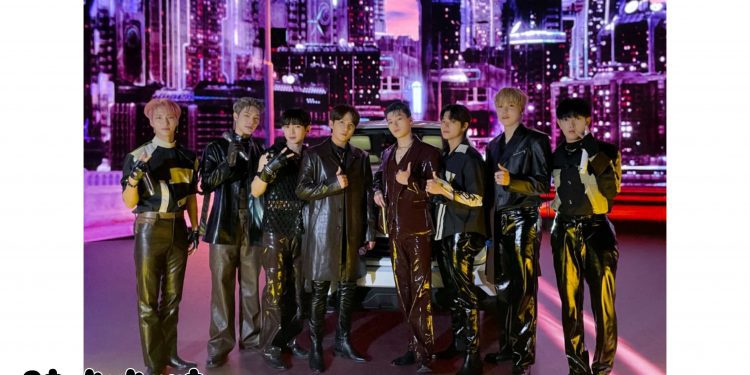 After almost two years, the South Korean boy group Ateez is finally stepping up on the stage to perform in front of their dedicated fans. The fans had been waiting for their long-awaited tour since 2020 after the band’s sold-out world tour got cancelled because of the ill effects of the Covid-19 pandemic. No wonder the news came as a surprise as well as a delight to the Anitys! And… all the seats for their venues, starting from Seoul to the US and Europe, have been sold-out almost immediately!

In fact, the tickets for the Seoul concert were all booked during the fanclub pre-sales itself! Well, that is nowhere surprisingly since they are making a comeback on the stage for the first time in a while! We can guarantee that ATEEZ 2022 tour is going to be amazing. Here is everything you would like to know about the ongoing ATEEZ world tour, starting from the concert schedule to the fan-favourite moments from their first venue, Seoul.

The tour, known as ‘The Fellowship: The Beginning of the End,’ has been stated to have twelve stops in total, the first one being the three-day concert in Seoul which has already taken place from January 7 to 9, 2022, at Olympic Hall. Their next five destinations are going to be in the US and will finally wrap up the tour with the last six in Europe. The members of ATEEZ can’t help but feel excited about meeting their international fans after this long! So here are the dates of their live stage performances that are going to continue till March this year:

Best Moments from the 3-day ATEEZ 2022 Tour in Seoul

The 3-day Ateez concert in Seoul was breathtaking as the fans turned out in droves for getting to see their favorite idols’ first solo concert in South Korea! The members must have realized their global influence by now! In case you haven’t been able to experience the concert craze, don’t worry as we have gathered all the important moments of the group while they were on stage for these three days!

1. Seems like the 2-year gap has indeed helped the members to improve a lot! This video clip perfectly captures the incredible dancing skills of Jongho while he is busy hitting the notes of the song!

2. You can’t possibly miss Yunho twerking, can you? After watching Yunho doing the corgi impression on the stage, we have been struggling to hold our laughter!

3. Hongjoong’s interactions with his fans have always been adorable and funny at the same time. When he saw a slogan in the crowd during the show, he couldn’t help but point that out with the little tinge of jealousy in his voice. He called out his fans, saying that just a day before, he read a slogan reading that she wants to marry Hongjoong, and the very next day, his fans have begun to stan his brother instead! He stated that he’s glad that his fans are supporting his family members, but he didn’t know that they love his brother so much. Well, you know you should stan his brother instead of him if you want to grab his attention! Good luck, Anitys!

yesterday i saw ‘marry me hj’ slogan
today ‘hj your sister in law is here’
&here a slogan with my name written on it, then it changed to my brother's name
i’m so thankful that atiny loves my family but i didn’t know that you would love my family this muchpic.twitter.com/qxeMJD74vo

4. The ending of the song, ‘Take Me Home’ from their 2021 album, ‘Zero: Fever Part.2’ was very iconic! Stage performances like this make us stan them even harder, isn’t it? Check out this eighteen second-long video.

5. Just when we thought nothing could make this night better, Jongho blessed the ears of the crowd with the acapella version of the song, ‘One Late Night in 1994’. No instruments, and just his vocals! Trust us that hits different!

6. This very live performance of the song, ‘Rocky’ proves how powerful it is, especially after knowing that Hongjoong had penned it down before Mingi resumed his activities with the group. We are well aware of how Mingi had to take a hiatus owing to his anxiety issues. Rocky is an inspirational track that asks us not to give up, and despite getting knocked down, it expects us to stand up again. Seems like the song has been created for our Mingi, who is dominating his part like he owns the song! We had to add this to the list of the best moments of ATEEZ 2022 Seoul concert!

hongjoong wrote rocky in june before mingi came back. he wrote this powerful song about not giving up, about getting back up after you’ve been knocked down, and now mingi is the main character of it pic.twitter.com/si6B0WBfU7

7. While the show neared its end, not only did the fans but also ATEEZ members felt the gravity of the moment. The boys expressed their willingness to perform all this while with no real faces and only blinking cameras in the front. However, they knew they had to go on. With tears in their eyes, they expressed how much that very moment meant to them. Saying that they would keep dancing and singing to their fans as long as they are physically fine, ATEEZ promised the Anitys to make up for the lost time by creating more beautiful memories together.

Read: Korean Celebrity Siblings Who Prove that Talent Runs in Their Blood