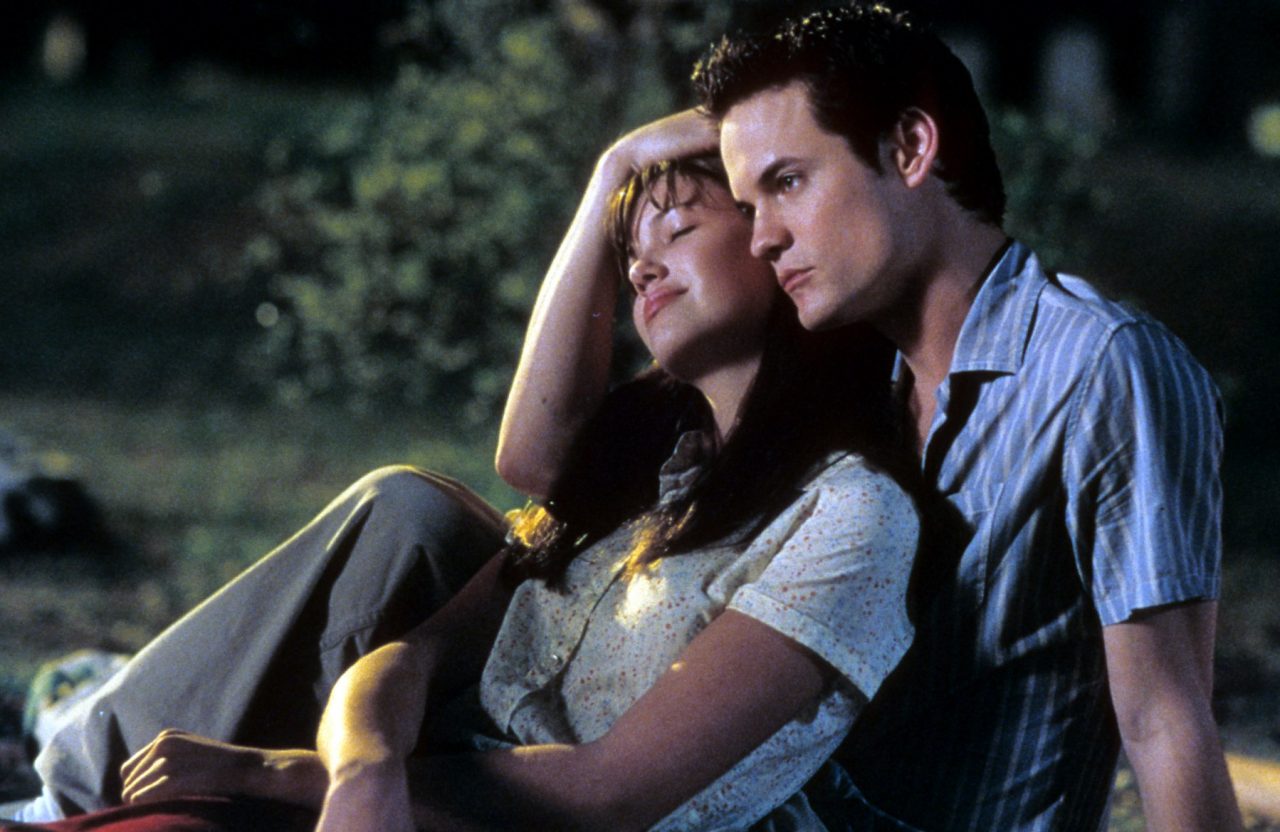 With Valentine’s Day right around the corner, you must be looking for some romantic movies to stream with your partner. As the COVID-19 scenario is finally starting to ease, people get back to their usual lives and festive mood. And what better way would be than to spend Valentine’s Day cuddle up with your partner while watching a heart-warming romantic movie? With so many of these movies out there, it’s hard to select good movies that’ll let you properly enjoy the day. So, this a list of shortlisted some of the amazing romantic movies you won’t regret watching that day.

Romantic movies range from historical, comedy, tragedy, and so on. However, no matter what kind they are, even the most basic romantic have the ability to warm your heart. Among our list, there are movies of varying genres and themes. So, without wasting any more time, let’s start with our list of some of the best romantic movies that are suitable to stream with your partner this 14th February. 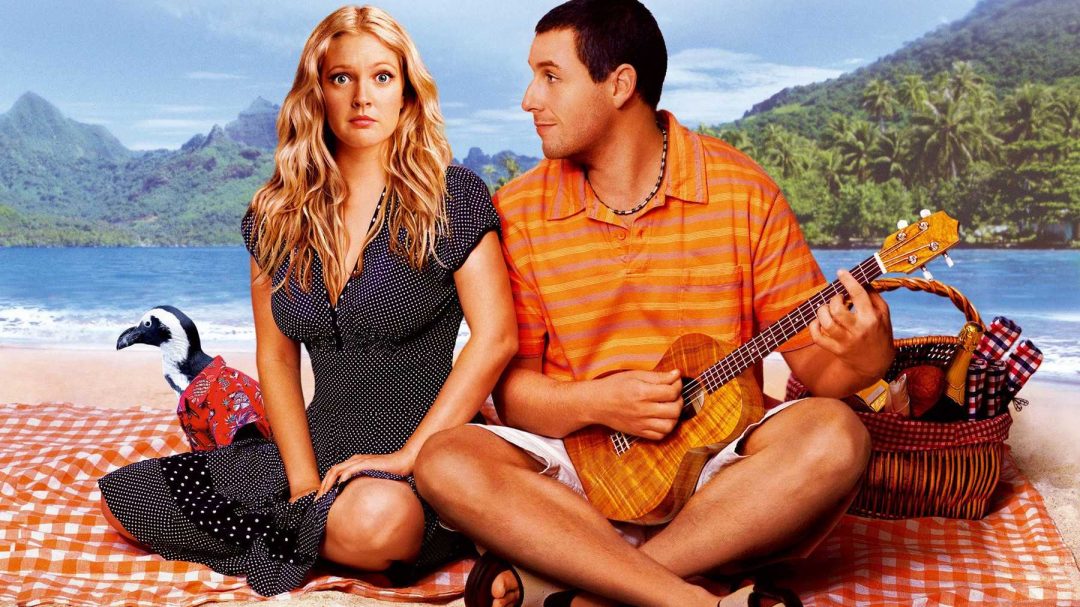 50 First Dates is a light-hearted romantic comedy that perfectly adds to Valentine’s mood. It follows Henry Roth’s story, a playboy and a veterinarian who lives in a Hawaiian paradise. He goes out with many women with no serious commitment until he meets Lucy Whitmore. Lucy is an art teacher, and Henry quickly falls in love with her. Henry thinks he finally met a perfect woman with whom he wants to spend the rest of his life. However, he soon realizes that Lucy has short-term memory loss, and she forgets about him the next day. Henry decides to win her over each new day as Lucy keeps forgetting him every other day. 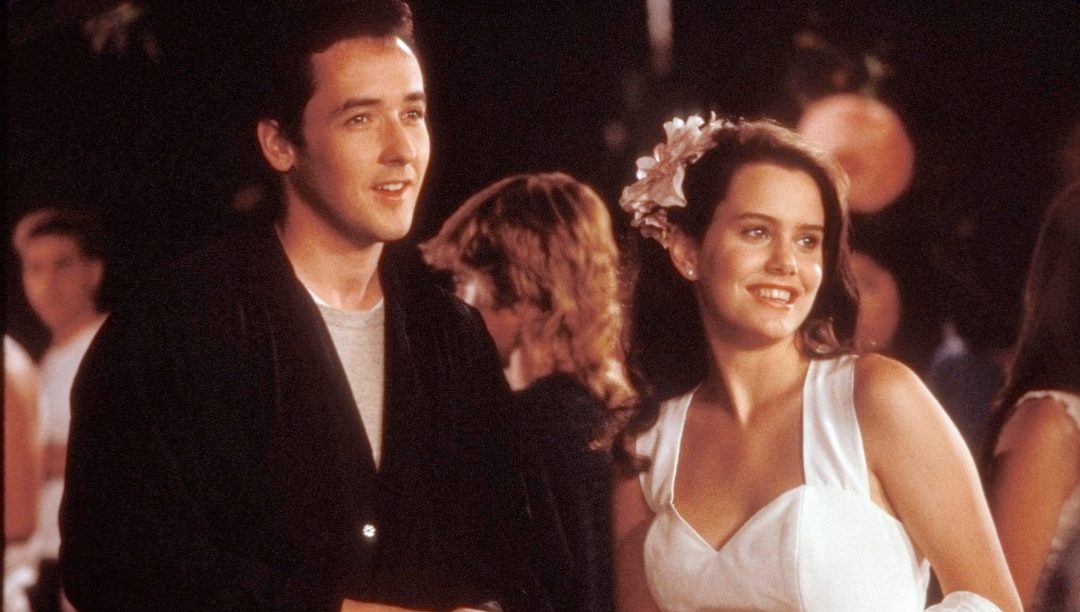 Stream on Disney Plus

This 1989 movie tells the story of two high schoolers Lloyd Dobler and Diane Court. An underachiever Lloyd has a crush on the top student Diane. Lloyd asks her out on a date. Diane agrees to go out with him, much to the shock of everyone in the school. The two eventually fall in love with each other, but Diane’s father, James Court, stands in the way of their love life. James disapproves of his daughter dating a boy who has no career plans for the future. The story proceeds as the young couple tries their best to make their relationship work. Meanwhile, James, who plans to send his daughter to England, gets into some legal trouble. 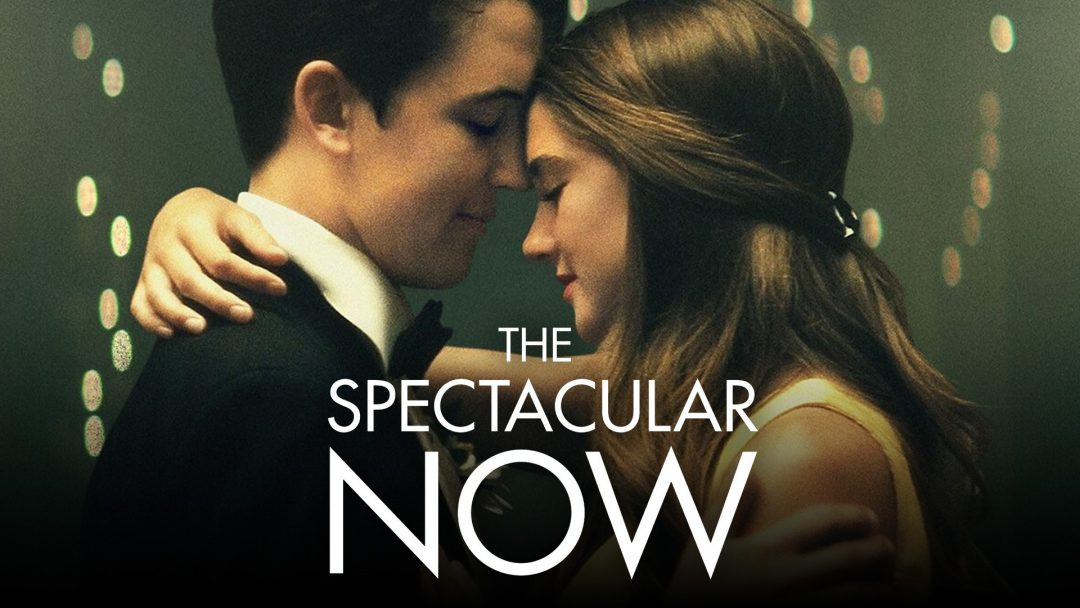 The Spectacular Now is a coming-of-age romantic comedy movie premiered at the 2013 Sundance Film Festival, receiving critical acclaim. The movie was released in the United States on 2 August 2013 and became a hit. It follows the story of Sutter Kelly, who is a carefree teenager. However, after his girlfriend Cassidy Roy dumps him, he goes home and writes a college application, where he mentions that his girlfriend is dumping his biggest hardship in life.

The next day, Sutter meets a girl from his class whose name he doesn’t know. She is Aimee Finicky and is a smart student. He asks her to tutor him, and he finds out she is funny and into the sci-fi genre and comics. The two seemingly opposite youngsters eventually get drawn together as they deal with issues like families and jobs. 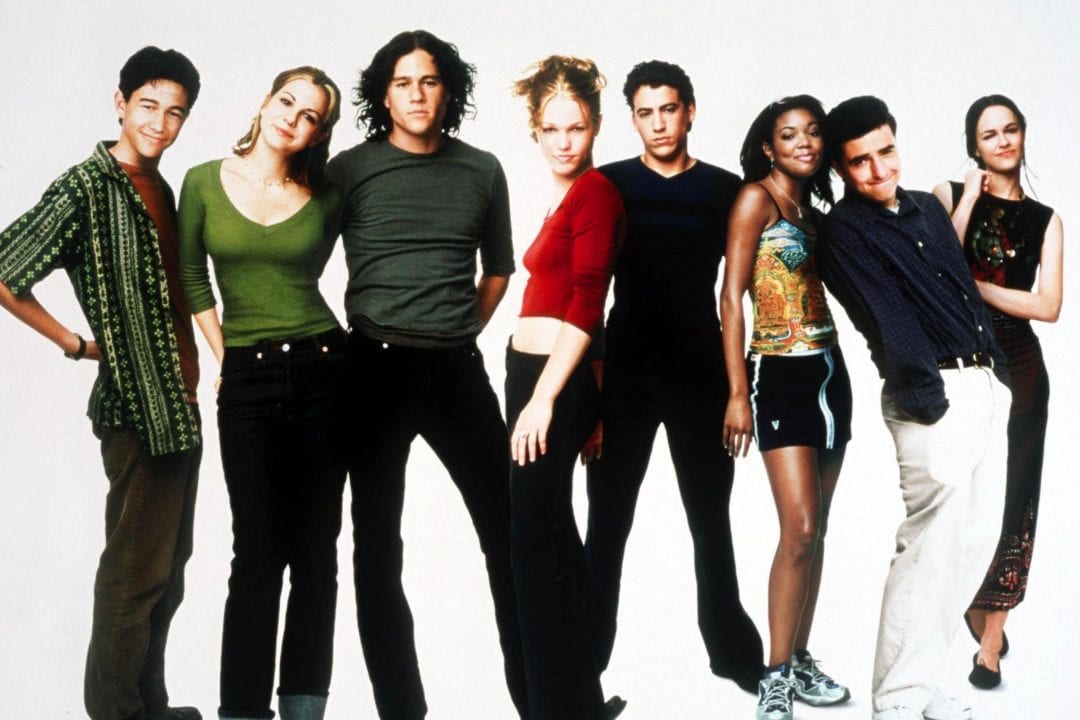 10 Things I Hate About You Main Characters

Stream on Disney Plus

Oscar-winning actor Heath Ledger is best known for Joker’s role in his last movie, The Dark Knight. However, before that, he played a variety of roles in so many movies of different genres. One of them is 10 Things I Hate About You. This movie is the modern version of William Shakespeare’s play “The Taming of the Shrew.” The movie follows the story of Kat Stratford, a beautiful and smart teenager. However, she doesn’t attract many boys because of her sharp tongue and harsh personality; she doesn’t attract many boys.

Her younger sister Bianca is stuck between her sister and her parents. The rules say that she can’t date anyone until Kat finds a boyfriend first. Cameron, who wants to date Bianca, devises a plan to get someone for Kat. He finds Patrick Verona, a boy with a mysterious reputation. Patrick approaches Kat with hidden motives but soon finds himself drawn to her. 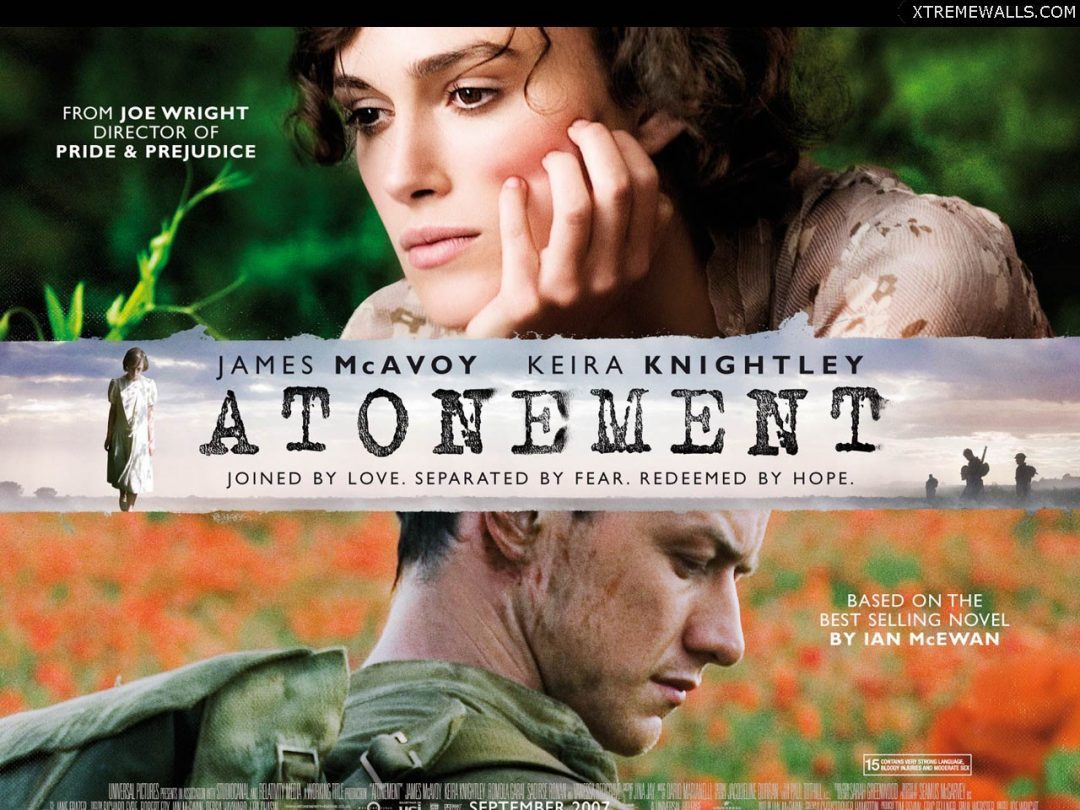 Atonement is a tragic movie set during the time of the second world war. This movie is an adaptation of Ian McEwan’s novel of the same name. Atonement tells the story of young lovers Cecilia Tallis and Robbie Turner during the 1930s. Cecilia’s younger sister Briony sees the couple together and creates a sequence of misunderstandings due to her childish behavior. As the young couple is forced to separate because of Briony’s mistakes, their trouble only increases when Cecilia’s cousin Lola accuses Robbie of raping her after being convinced by Briony. Years later, after Briony realizes her mistakes, she sets out on a mission to atone for her misdeeds. 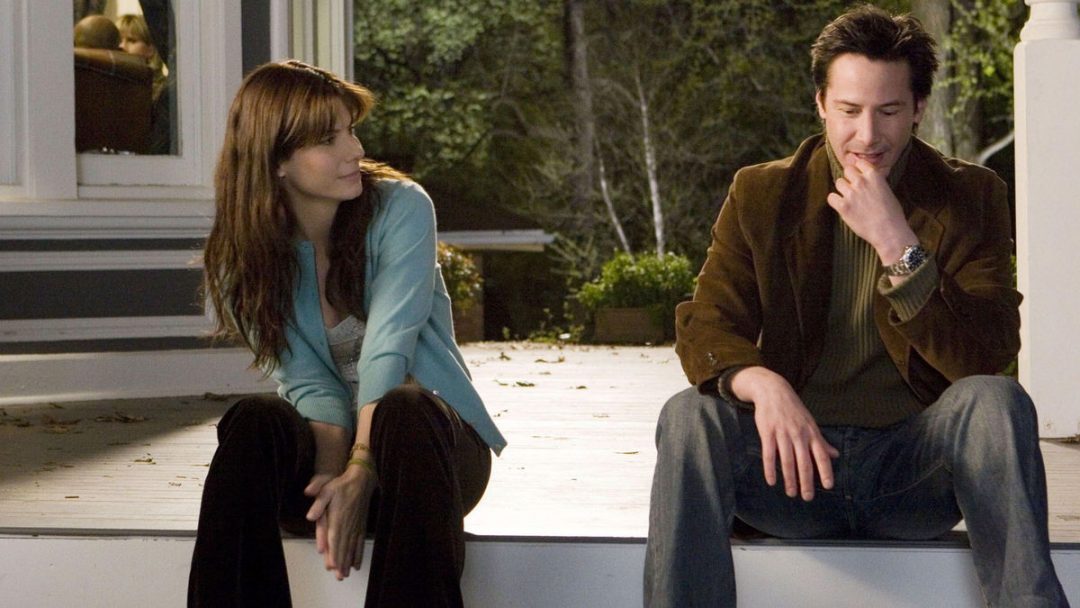 The Lake House is a remake of the popular South Korean movie “II Mare (2000)”. The movie tells the story of a doctor living in 2006 and an architect living in 2004. Dr. Kate Forster leaves a lake house that she was renting in 2006. In 200g, she left a note in the mailbox for the next tenant to forward her mai before leaving. However, in 2004, Ar. Alex Wyler arrives at the lake house and finds her letter. They eventually connect via letters. As they know more about each other, Alex and Kate fall in love with each other as they mend their broken hearts. However, will they able to cross the boundaries of time that stands between them? 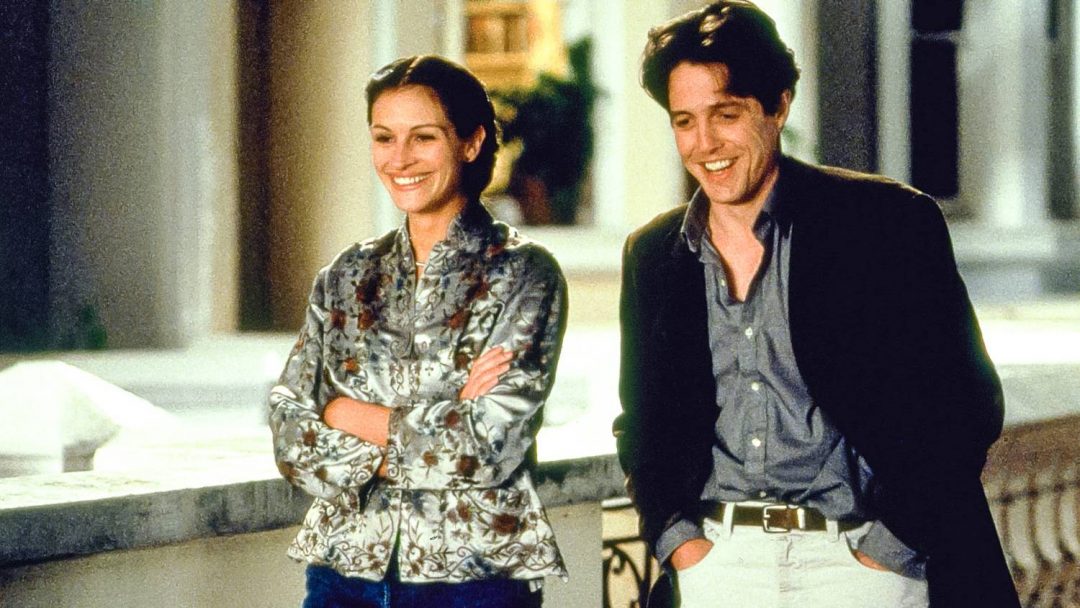 This 1999 classic is an American romantic comedy that tells the love story of an English bookseller and a famous American actress. William Thacker’s life took a drastic turn when Anna Scott, a famous actress, arrives at his bookstore. Their first meeting starts with William spilling orange juice over Anna. However, after accepting William’s offer to change in his apartment, she thanks him with a kiss. The two continue meeting each other for a few months and fall in love. However, before the couple can have their happy ending, they have to pass through the obstacle of them belonging to different worlds. 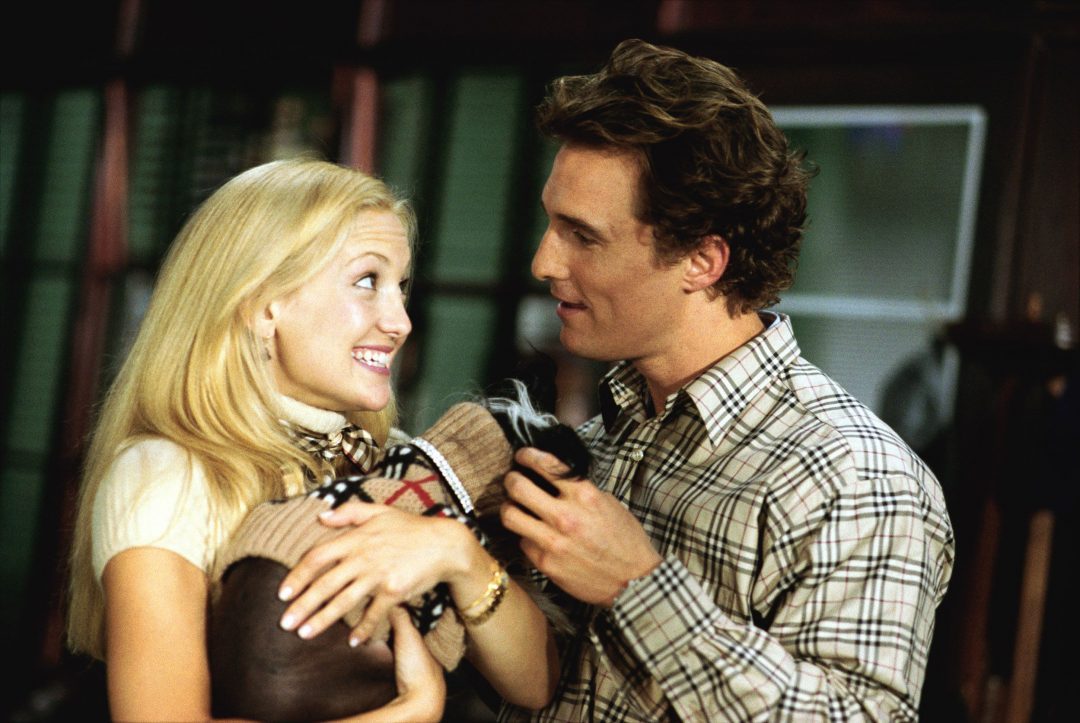 How to Lose a Guy in 10 Days Promo Picture

This movie is the adaptation of a short cartoon book sharing the same name. How to Lose a Guy in 10 Days follows a writer for women’s magazine Andie Anderson and executive Benjamin Barry. Andie wants to write a new article titled “How to Lose a Guy in 10 Days,” and her editor loves the idea. She decides to date a guy as an experiment for her article. Meanwhile, Ben makes a bet that he can make any lady fall in love with him within 10 days. Ben and Andie start their quests without revealing their true intentions. However, in the middle of their games, they eventually start having true feelings for each other.