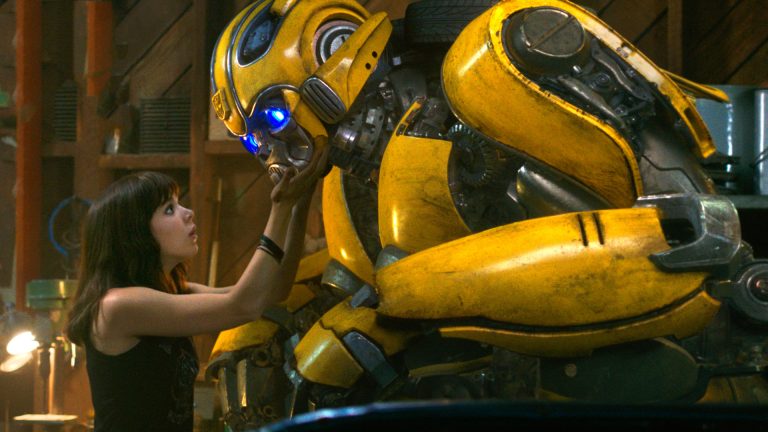 Hulu is one of the best streaming services out there and the most popular one. It has a wide collection of films that are some of the films of all time and you will be glad to know that you will get to know more about these films in this article. This is an updated list so that you will get the best of Hulu

Bumblebee is the Big friendly Yellow Autobot that we know from the Transformers franchise and in 2018 he got himself its own film Starring Dylan O’Brien (as the titular character ), Hailee Steinfeld, John Cena, Angela Bassett, and Justin Theroux. The film was previously slated as a spin-off and a prequel but later reveals to be a soft reboot of the whole Transformers franchise. The film is directed by Travis Knight and makes his live-action film directorial debut who earlier has directed and animated films at Laika Studios. Hailee Steinfeld stars as Charlie, a young woman who still handles the loss of her father and Bumblebee arrives in his life who helps her to move on. This may sound a little muted for a film from Transformers but be assured that the cinema is shockingly real, as are vivid fight scenes and fun automobiles.

John Krasinski really improved his game with A Quiet Place as a director and an actor. Nevertheless, the story plays not so well with aliens or even paranoia, but Krasinski reveals the truth of a family that struggles with grief and survival. The storyline focuses on a family living in a post-apocalyptic dystopian world, where the world is destroyed by the roar of the beast. The family learns to live in peace, but their stability is undermined by emotional tensions. A quiet atmosphere is definitely terrifying and dark and beautifully lacks dialogue, but thanks to its good connections and the fact that the cast can be conveyed without expression. A sequel of this film is scheduled to be released later this year.

3. Sorry to Bother You

The best thing about Sorry to Bather You is its compelling story, It follows follow Cassius Green (Lakeith Stanfield), a young black man who is a telemarketer who discovered that he was a magician, when he put his “white accent.” But this is simply the fundamental premise of the satirical satire of Boots Riley concerning culture, capitalism, literature, masculinity, and commerce. This isn’t a film that works 100% of the time, it has an overwhelming passion and is funny, wicked, and completely funky.

While watching the trailer it may seem like Booksmart is the kinda like Superbad but with Teenage girls but there is more to it and can not be compared. Olivia Wilde ‘s debut directorial can speak with one voice rather than simply imitating, but the film is hilarious and surprisingly warm. On the night before they finished their classes, the story follows the best friends Molly (Beanie Feldstein) and Amy (Kaitlyn Dever). They seek to find a party so that they can show their fellow students that they are not boisterous as they have a great deal to do.

Jacques Audiard’s hit film stars Joaquin Phoenix and John C. Reilly as Charlie and Eli Sisters, who are living their life in the West as Guns for Hire. They must destroy a prospector (Riz Ahmed) with a precious mining gold recipe. It’s hard to make a genre like the western feel fresh, but Audiard pulls it off by jumping between tones without ever losing the thread of his film. The film is as stupid, somber, strange, and reflective as it turns, but rather than jarring, it all feels cohesive.

6. The Prince of Egypt

The Prince of Egypt is an underrated film with an outstanding story and script but the main problem arises with the animation of the film.t was in the room unfortunate and the excitement was at the point of The Lion King which possibly set an inaccessible floor. Nevertheless, the Prince of Egypt, who has taken on his own merits, is a lovely movie that shares Moses (Val Kilmer) Exodus history great, who will turn against his adoptive brother Ramses (Ralph Fiennes) to demand independence for the Jewish people.

Akira should be on everyone’s top 10 list of anime film or rather animated films in general, Taking place in Neo-Tokyo after World War 3. The protagonist of the story is Kaneda, the leader of a biker gang and his friend named Tetsuo Shima who got telekinetic powers when he crashed his bike with another psychic. It is written and directed by Katsuhiro Otomo, and based on Otomo’s own manga of the same name, the film’s cyberpunk stylings have influenced countlessly animated and live-action films in the years since.

8. Professor Marston and the Wonder Women

The film is based on the real-life story which showcases the creation of the DC character Wonder Woman and was released in 2017 but still remains unknown to fans of film and comic book culture. Professor Marston and the Wonder Women is an interesting, emotional, and beautifully made film. It tells the story of William Marston played by Luke Evans who works in colleges like Harvard and Radcliffe Colleges in the 1920s and 30s along with his wife Elizabeth played by Rebecca Hall. They both start a multifaceted relationship with a student played by Bella Heathcote. The film revolves around how he got inspired by the strong femininity of both women to create a Wonder Woman character — who then also uses to develop ideas about DISC theories and feminism.

A biopic of former U.S. Vice President Dick Cheney was always going to be a contentious, divisive proposition, particularly one directed by Adam McKay with a sharp satirical edge. Vice was largely lauded by critics and earned multiple Oscar awards nominations including one for Christian Bale’s incredibly accurate performance as Cheney. Bale ‘s famously put on a lot of weight for the part, and he’s almost unrecognizable at a glance. Vice’s all-star cast includes Amy Adams, Steve Carell, Sam Rockwell, and more. Vice is worth the Hulu stream, particularly during these times.

Creed 2 sees Michael B. Jordan returning to the role of Adonis Creed, son of Apollo Creed, an iconic Boxer, it is the sequel to the 2015 hit from Ryan Coogler. Naturally, Apollo died in Rocky 4, killing Russian destroyer Dolph Lundgren (Ivan Drago) during a battle. Now, Adonis has the opportunity to avenge the death of his father through fighting Ivan ‘s son, Viktor, yet many of them worry in his life that he isn’t ready to suffer the same destiny. Figure out what will happen by watching it on Hulu.