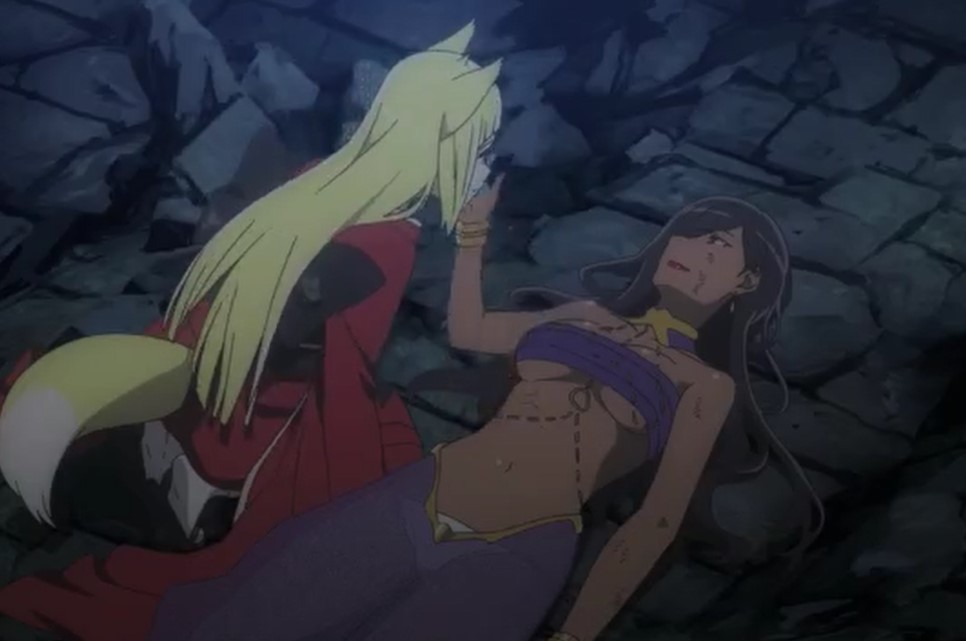 Makota went to the hideout and reveals that the diversion is working and they must slip through the cracks and aim for the western door. They both break the wall and decide to leave but Liliruca noticed them and reports to Finn. Finn is wondering what is happening and Raul shows up and Finn realized that they have been fooled. Wiene got lost and Bell is worried that she is alone and she got surrounded by humans who want to take her down.

Bell decides to rush where Wiene is to save her from death while Tiona stops Wiene who is panicking. Tiona said that there is no need for her to continue on running since she is a monster. Wiene notices that there is a hidden tunnel nearby and she rushed and gets inside there. Tiene can’t fit and other humans show up asking what is happening. Tiene said the monsters have escaped and they told her that they will help her.

Is It Wrong to Try to Pick Up Girls in a Dungeon? III Episode 12 Release Date and Recap

Previously on Is It Wrong to Try to Pick Up Girls in a Dungeon? III Episode 11

Tiene is wondering if Wiene is the real monster since she looks like a normal girl with no harm. Harume met with Bell who told her that he knows about Wiene and their goddess told him. He carries Harume and told her to hold on tight so that she won’t hold him back. The Xeno’s are in combat with Humans and Lyd is worried about Wiene.

Makoto and her partner got taken down by a powerful Knight using his Axe and he is glad that he can see their face since they were invisible. Tiene manages to spot Wiene running. Wiene met with a human girl who saw a crystal in her forehead and her long finger. That makes the girls to be scared and started moving back telling Wiene to stay back. While she is moving back the building that was above was about to crash her and Wiene save her.

Tiene saw everything and the other two humans show up thinking Wiene has attacked the girl. Tiene is left surprised that a monster has saved a human and she told others to stay back she will go after Wiene. The Xenos mages to advance forward and Asha got killed during the battle. Bell manages to save Wiene and sends her to her kind while they say goodbye to each other.

Is It Wrong to Try to Pick Up Girls in a Dungeon? III Episode 12 Preview

For this week that’s what we managed to get all of the above updates with the preview of the upcoming episode. That was all about the Episode Finale of Is It Wrong to Try to Pick Up Girls in a Dungeon? III.