KBS2’s Imitation: Everything To Know About The Star-Studded Korean Drama 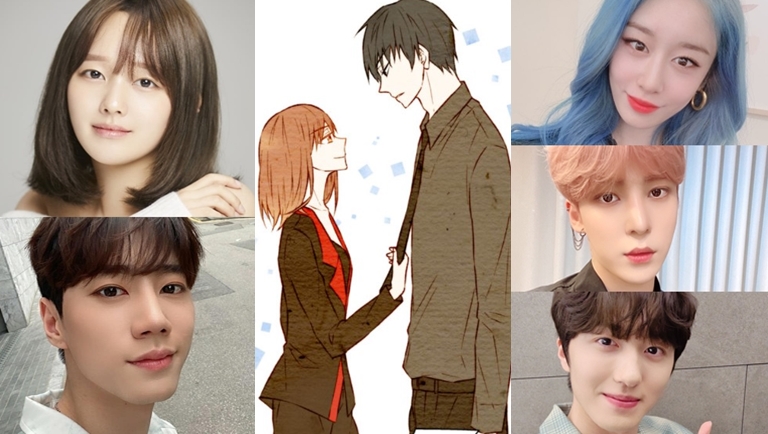 Webtoons contribute as one of the primary sources for the making of Korean dramas. Likewise, audiences also welcome the same easily as they get to see their favorite star and characters on the screen. Moreover, K-pop idols are multitalented and will eventually get into an acting career. But, it is still a treat and novelty to the fans for having a Kdrama with a jam-packed cast of favorite musicians. Imitation is one such new drama show that gave a surprise and gift to the audiences. The drama show has not the only star-studded cast’s line-up, but also found its inspiration from a webtoon. Now, let’s dive into all the latest details of Imitation Korean Drama.

Imitation is an upcoming musical comedy romance drama in South Korea. The other or Korean name of the series is Imiteisyeon. It will premiere on the KBS2 original network and consist of twelve episodes. There is also an official release date declared for the series starting from May 21, 2021, to August 26, 2021. However, the series will feature only one day of the week, unlike any other Korean dramas. It will air on Friday of every week. Audiences are highly anticipating the series soon as the webtoon itself won an award at The 2020 Korea Contents Awards. Now, fans are even more eager to watch the series and the works that gave positive vibes and joy worldwide. The webtoon also drew the attention of the content industry of Korea and won the award of Minister of Culture, Sports, and Tourism.

KakaoPage is developing the Imitation drama with Han Hyun-Hee as the director. The screenwriter for the series is Kim Min-Jung and Choi Sun-Young. It is based on Park Kyun-ran’s webtoon of the same name. The distributor for the series is KBS2, with KBS Drama Production and Hidden Sequence as the Production companies. Imitation is also the second project together of the director and the screenwriters. The first one was the Rookie Historian Goo Hae-Ryung. The original webtoon ran from September 30, 2014, to April 15, 2021, with subscribers of more than 3.73 million on the Kakao Page.

Read: Money Heist Korean Remake: What We Know So Far

The star-studded cast lineup of idols is one of the most exciting and interesting parts of the upcoming Imitation drama. The confirmation for the lineup of casts was done by KBS last year. The leading cast of the series includes Jung Ji-so, Jeong Yun-Ho, Lee Jun-Young, and Park Ji-Yeon. They will portray the role of Lee Ma-ha, Lee Yu-Jin, Kwon Ryok, and La Ri-Ma. The supporting casts consist of three groups. They are Tea Party, Sparkling, and Shax.

The Tea Party includes Lim Na-Young and Kim Min-Seo in the role of Hyun-Ji and Ria. The Shax group consists of Kang Chan-Hee, Ahn Jeong-Hun, Choi Jong-Ho, Park Yu-Ti, and Hwi Young. They will depict the role of Eun-Jo, Jae Woo, Hyuk, Do-Jin, and Kang Lee-Hyun. The Sparkling group has Choi San, Lee So-Woong, Park Seong-Hwa in the role of Min-Su, Hyun-Oh, and Se-Young. The other supporting casts include Danny Ahn, Jo Jung-Chi, Shim Eun-Ji, and Lee Hwi-Seo in the role of Ji-Hak, Ha-Seok, Reporter Byun, and Tae-Ri.

One can get an idea about the story of Imitation by pretty much following up with the original webtoon. Imitation will portray the entertainment industry and the lives of the different idols. The idol groups consist of different members and also their struggles for reaching stardom. The secret love story and flings between the different members will also get portrayed in the drama. The idol teams are fictional, with Sharks as the top boy group, Sparkling also an energetic boy group, and T-Party as a rookie rising girl group.

The Production team also said that the drama depicts first and second-generation idols, along with the present hot rookies. They all will work together to bring out the synergy and to give life to their roles. Imitation will deliver the dramatic but serious life of the idols world with a special charm. Furthermore, the various famous idols with the storyline from an award-winning webtoon will surely make the drama a huge success.

Read More: Great Real Estate: What You Need To Know

What To Expect From Below Deck Sailing Yacht Season 2 Episode 1?