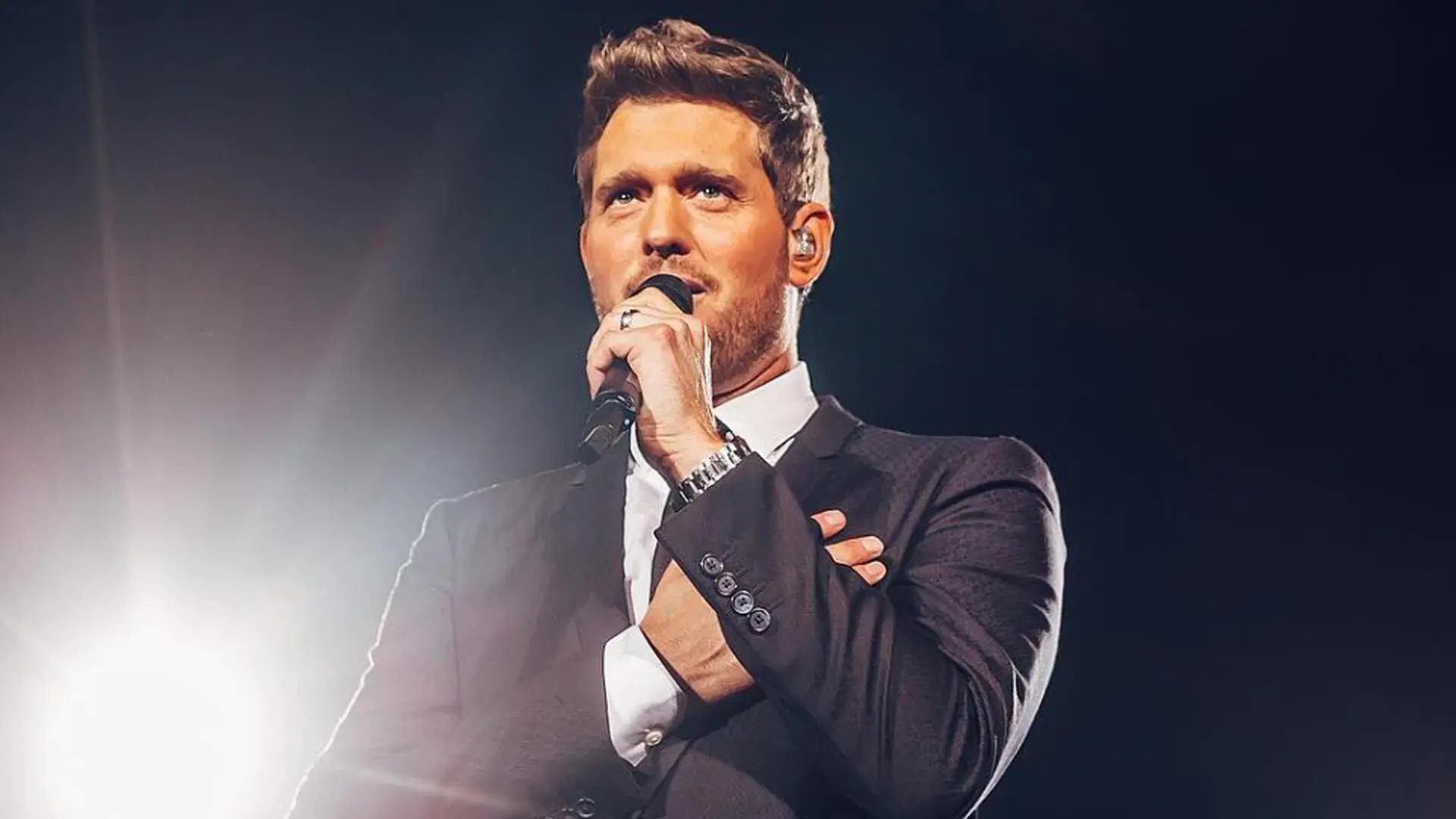 Fans who missed Michael Bublé’s performance at Waddesdon Manor over the weekend are furious because the traffic congestion on the way to the Buckinghamshire site caused significant delays for entry. Those who got caught on the congested roads going to the Aylesbury stately home on July 2 missed the full open-air event, which took place that day. McFly fans were worried because the pop-rock group was scheduled to play there the following day.

The Thames Valley Police claimed that they were aware of traffic concerns in the region in a statement posted on their website after hundreds of attendees protested and demanded refunds. Bublé has not yet addressed the logistical issues on social media, and angry fans are still waiting for the promised update from the show’s organizer SENBLA. The Canadian crooner’s outdoor performance at the lovely estate was missed by many fans who had driven hundreds of miles because of traffic management concerns that resulted in miles-long delays on the A41.

Why Michael Buble Fans Are Mad At Him

Michael Buble concertgoers were enraged after missing significant portions of the outdoor performance due to traffic backups. On Saturday, a flood of complaints about the traffic control at Waddesdon Manor in Buckinghamshire appeared on social media. Thames Valley Police announced on Twitter that it would work with organizers to prevent a repeat of the problems at the McFly concert on Sunday. Senbla, the promoter, stated that it was “urgently” looking into the traffic problems. 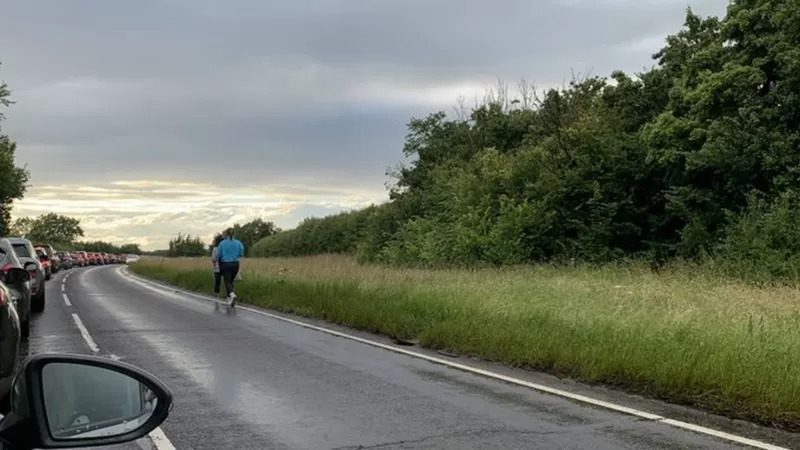 The concertgoers who were stranded in hours-long delays getting to and from the concert on Saturday night will receive a letter directly from Senbla, the company that organized the Michael Buble performance at Waddesdon Manor. Those who were fortunate enough to enter the stadium in time to see Bublé play used social media to draw attention to the underwhelming attendance in some sections of the crowd and the excessively long lineups for food at the location.

What Angry Fans Had To Say

Numerous angry music lovers who attempted to attend a live performance by Michael Buble in Buckinghamshire but were stopped by severe traffic issues have spoken out to share their experiences, with organizers promising that the chaos “will not happen again.”

One of the fans tweeted “You were great” in response to Bublé. A lot of people’s experiences were ruined by the concert promoters’ mismanagement, and he added that it was a shame that Bublé was severely let down.  Another fan noted that he would have loved to attend Bublé’s performance. Instead, he was stuck in traffic for more than two hours before deciding to walk the remaining distance, which took an hour. It was virtually done by the time he entered. The ticket was also a late birthday present.

According to Milton Keynes resident Paul Marsh, who estimated that he spent a total of six hours in the car; the concert was a gift to his wife for their 23rd wedding anniversary. They finally entered the venue as Michael’s final song was beginning because of the delays. Mary Giles, who lives only ten minutes from Waddesdon, claimed that it took them three hours to enter and that they, like Jackie Terebas, missed the majority of the performance. Spending £400 on tickets, parking, and a hotel room, Cathy Willock was only able to enter for the final five minutes and had to race up a hill slope to do so. Their evening had been “ruined,” she added, adding that it was “total mayhem.” 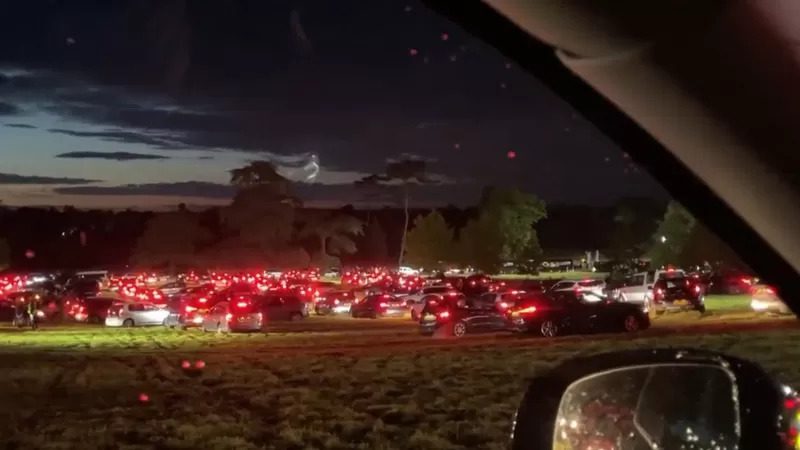 At 9.20 p.m., according to Sandy Smith, who left Bicester, Oxfordshire, at 6:15 p.m., they still hadn’t found a parking spot “quit and returned home  Gutted.” According to Alice Drewett, they spent close to £200 and their night was “totally destroyed.” Carol Chamberlain and her group spent £1,000 on five golden circle seats in the meantime, and they arrived just as the encore started.

Concertgoers who were upset over missing the performance and want their ticket money refunded have started a petition. Over 900 people have signed an online petition calling for full refunds for the affected attendees. According to reports, the show’s tickets for the stately home started at £79. A banner on Waddesdon Manor’s website read, “Our employees are not involved in the organization of these concerts,” adding that the grounds “had been contracted as a venue solely.”

Any questions about the concert were to be sent to Senbla. Stephen Jury, who resides three miles from Waddesdon Manor, has tickets to see McFly. He claimed to have gotten a message from Ticketmaster informing him of the traffic situation, warning concertgoers of heavy traffic brought by “events out of our control occurring around the Waddesdon area.” The British Grand National at Silverstone and ongoing roadwork were identified as significant factors to the issue.