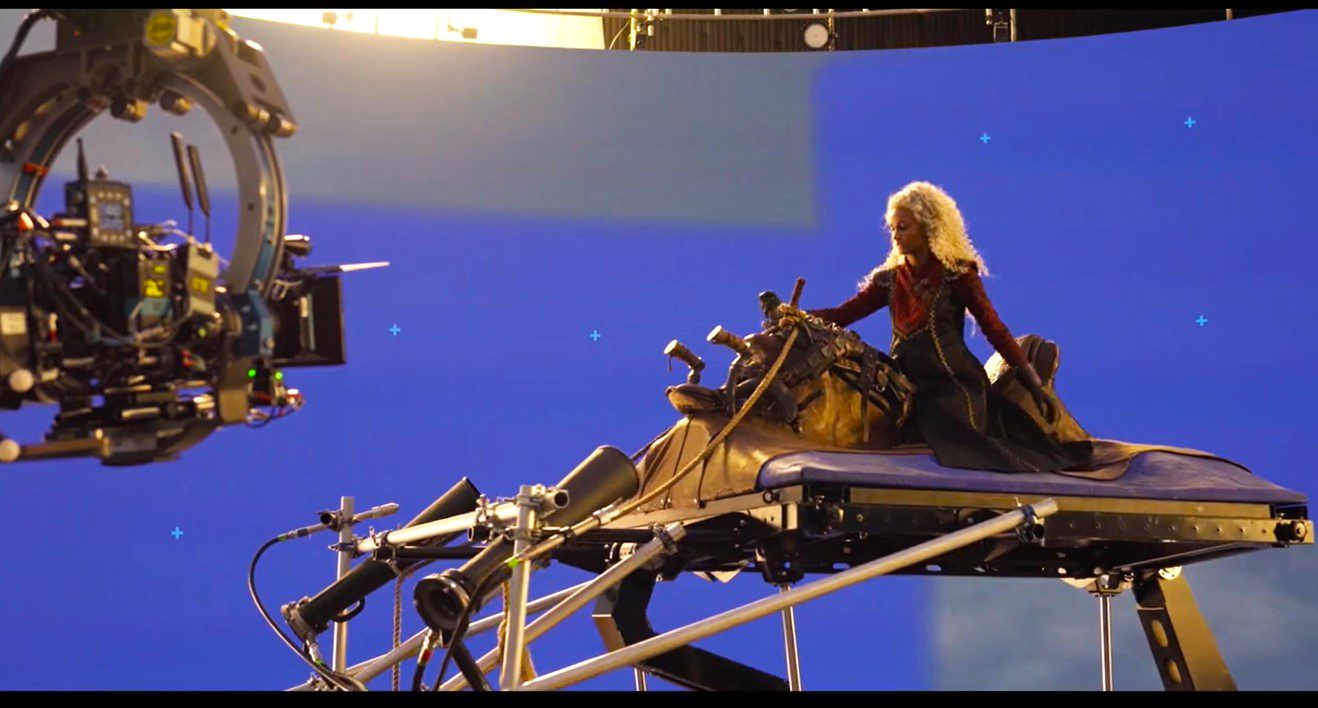 The series “The House That Dragons Built“, will be releasing a new episode soon that’ll be based on the 7th Episode of House Of The Dragons.  This documentary-like show gives us a much deeper look into the work that goes into filming the Historical Fantasy hit series. Directed by the perfectionist Miguel Sapochnick, These backstage shots are interesting to watch, knowing just how many people work to make it look good.

House of the Dragons premiered for the first time in August 2022. Soon after its release, a documentary on the whole process of shooting these episodes started airing alongside. These shots are divided into parts based on the plot of the episode and feature more about the shooting locations, interviews with the cast, and Storyline progression.

The House That Dragons Built: Behind The Scenes

Have you ever wondered how fantasy series such as House of Dragons end up having such realistic scenes and perfect locations? Once you see this documentary, it’s immediately understood that those shots and locations are much different than they look in the series. Immense work, skill, and attention to detail are needed to build a masterpiece out of a concept. 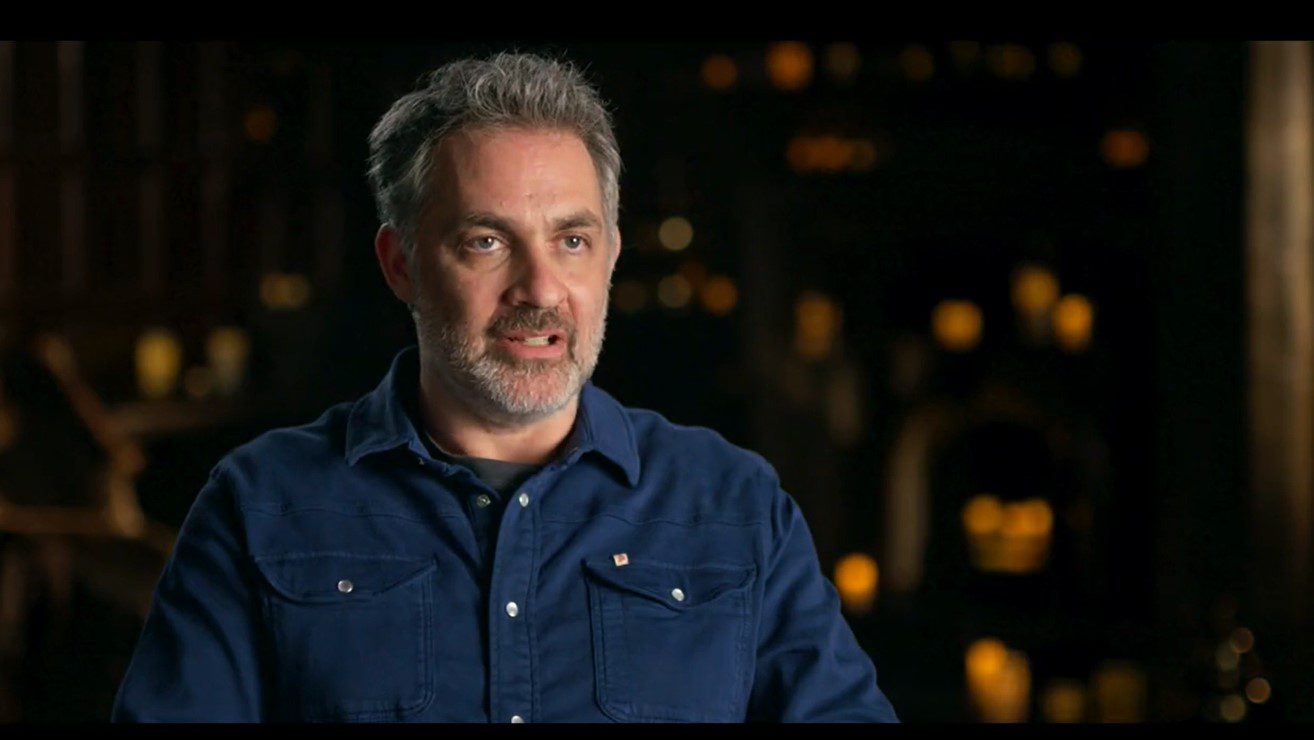 The series also shows the thought process behind selecting locations, and for House of Dragons, Filming locations were spread all over England and Spain. These locations are furnished and made to look alive and tied to the story.

The Actors express their feelings and what they go through while filming countless hours of scenes and retakes. Since the series involved a time skip, it had more actors than a normal fantasy show would have. Working with so many people is challenging as seen in The House That The Dragons built.

The last episode aired on 25th September and it was titled The Princess and The Queen. The episode’s counterpart in the original series featured the time skip, with Rhaenyra Targaryen and Alicent Hightower all grown up. It also has some of the most intense scenes, such as Laena’s Death.

The episode was divided into parts that focused on each different scene that was going on in the episode. 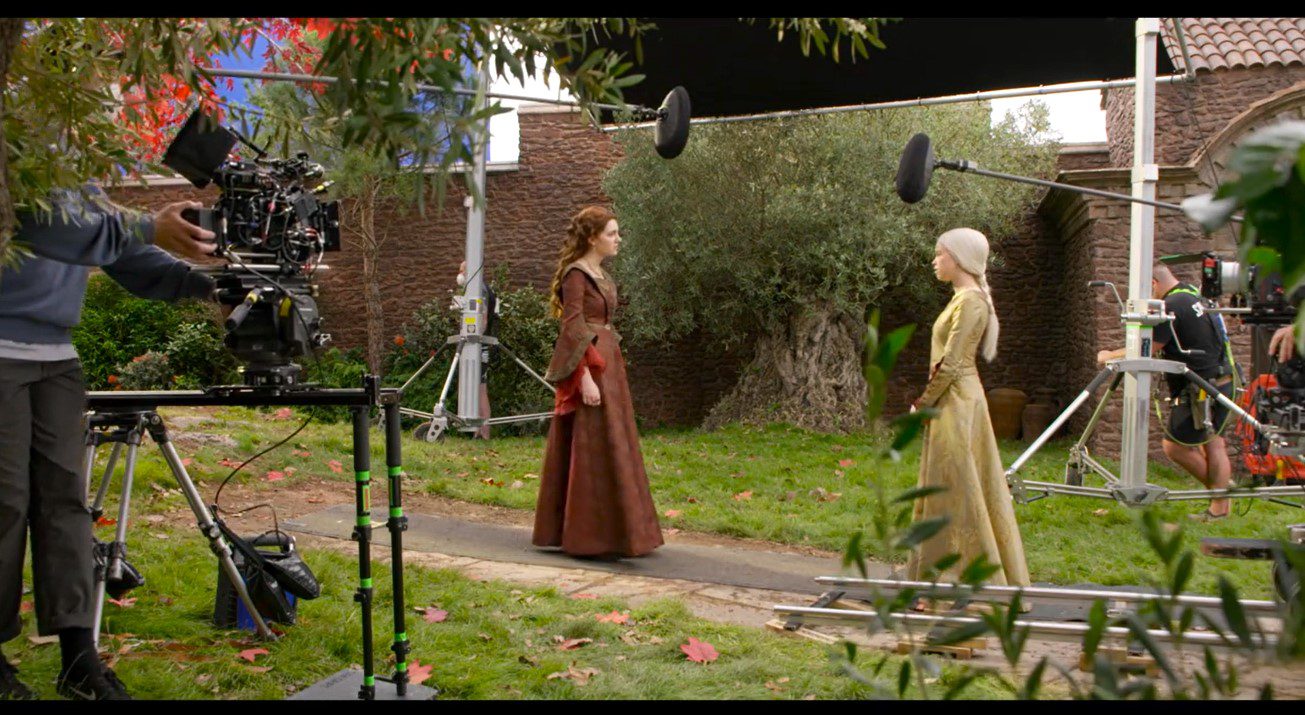 Young versions of Rhaenyra and Alicent

Taking The Leap: This part included Rhaenyra’s time skip, with her giving birth to three boys over 10 years. Everything from the outfits, the personalities, and the features had to be similar. Milly Alcock was chosen to play the role of young Rhaenyra, with the older version being given to Emma D’Arcy.

Aging Gracefully: Not only Rhaenyra but also important characters like Alicent, Laena, and Laenor had to be cast with their older versions. Directors had to make sure that both the young and adult version actors were similar to each other. Makeup Artists and Costume designers also did tons of work to make it all look like a seamless transition.

The Reign In Spain: For the scenes with Daemon Targaryen, The location was a Moorish and Italian architecture Castle. The set designers had to just fill it up with bookshelves, Tables, and other furniture. They talk about the beauty of the castle and how it was much easier than using CGI to make something similar.

One Punch Kinda Guy: The producers and actors talk about the fighting scenes. Ryan Corr, The actor who plays Ser Harwin talks about practicing swords and how sword fighting is similar to a choreographed Dance. 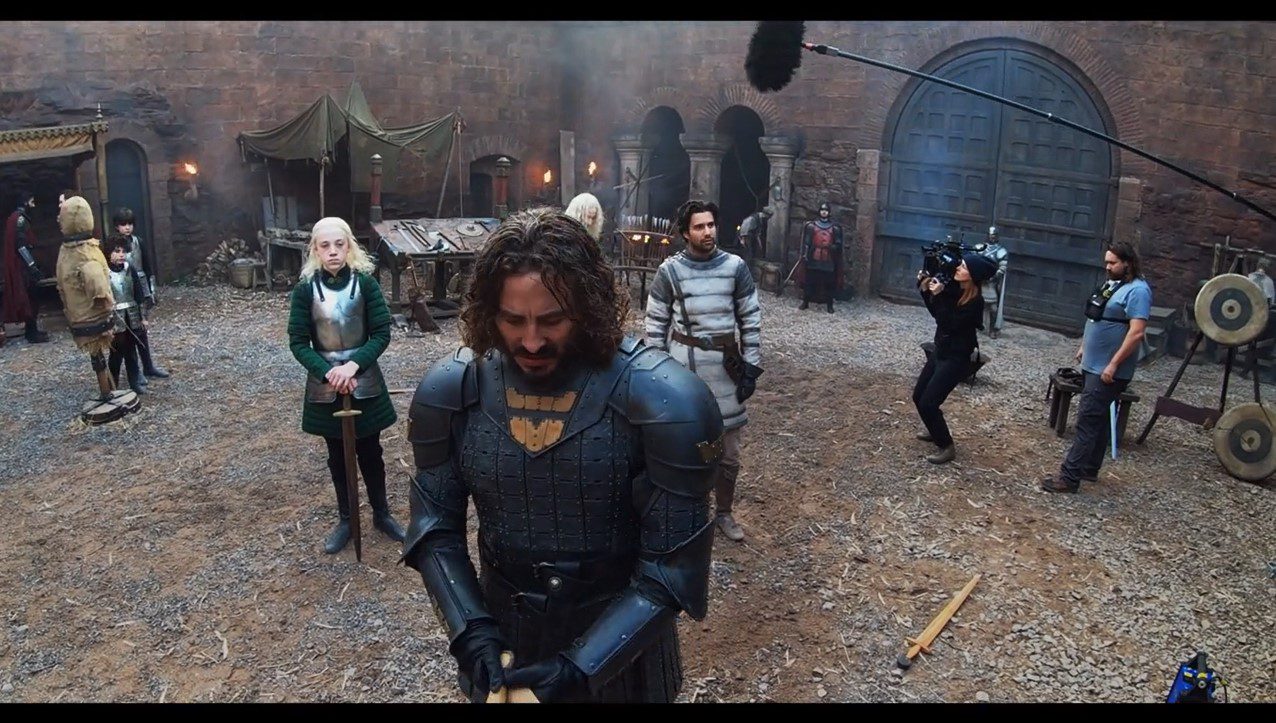 Dirty Work: The scene with the burning Harrenhal was the hardest to film in this episode, especially for the actor Gavin Spokes who had to shout and bang the door multiple times. He Talks about Miguel, The director’s perfectionism. The set was a bit simpler as only Fire, a door, and a wall had to be made to make the scene possible.

Going out With a Bang: Coming To Laena’s Death, a motion tracking system was used to simulate the position of the dragon. Nanna Blondell, Who plays the role talks about the trickiness of the scenes as she had to imagine the dragon being there, but in reality, it was just a tennis ball attached to a bat. Proves that CGI is the greatest invention for Fantasy themed movies.

The House That Dragons Built Episode 7: Release Date & What to Expect?

Episode 7 of The House That The Dragons built will air shortly after the 7th episode of House Of The Dragon airs. This is scheduled to happen on 2nd October 2022. The series is almost at its end, with only 3 more episodes remaining. The seventh episode is titled “Driftmark“. It will focus on the behind the scene interviews, locations, and other set requirements of the House of the Dragons episode by the same name.

Driftmark will focus on Rhaenyra’s Journey to power. The Dragon, Vhagar, gets stolen, and this causes chaos in Dragonstone. 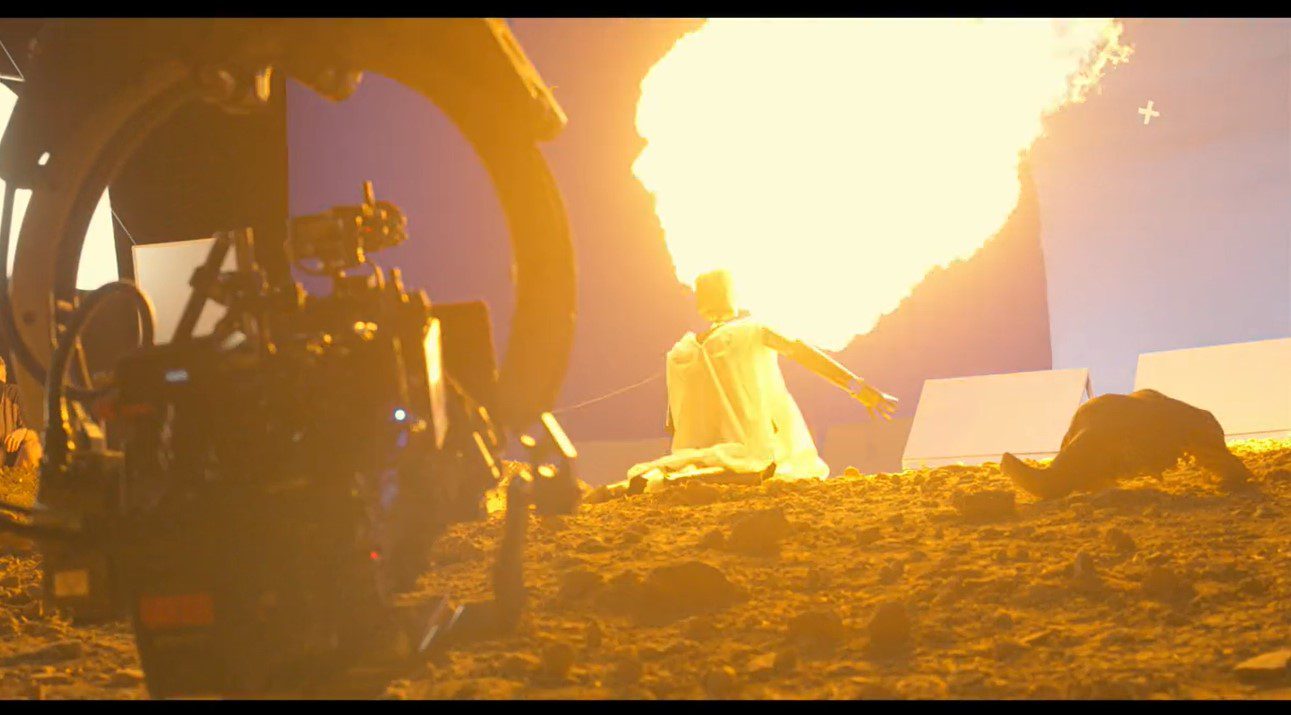 Tune in this Sunday after watching House of The Dragon’s 7th Episode to see its making and how props and sets were brought to life. We’ll also get to see the whole team of talented artists, designers, and producers behind the making of this Epic Fantasy, drama, and romance series.

Where To Watch The House That Dragons Built:

American viewers: All the episodes air on HBO at 2 pm on Sundays. They are also available on demand at HBOmax and Hulu.

Indian Viewers: The episodes are uploaded as they premiere on Disney+ Hotstar.

Australian Viewers: They are uploaded on Foxtel and Binge.

Canadian Viewers: Crave uploads all episodes of House of the Dragons.

United Kingdom viewers: The show is available on HBO and Sky TV.

Also Read: How House of The Dragons is learning from Game of Thrones Mistakes