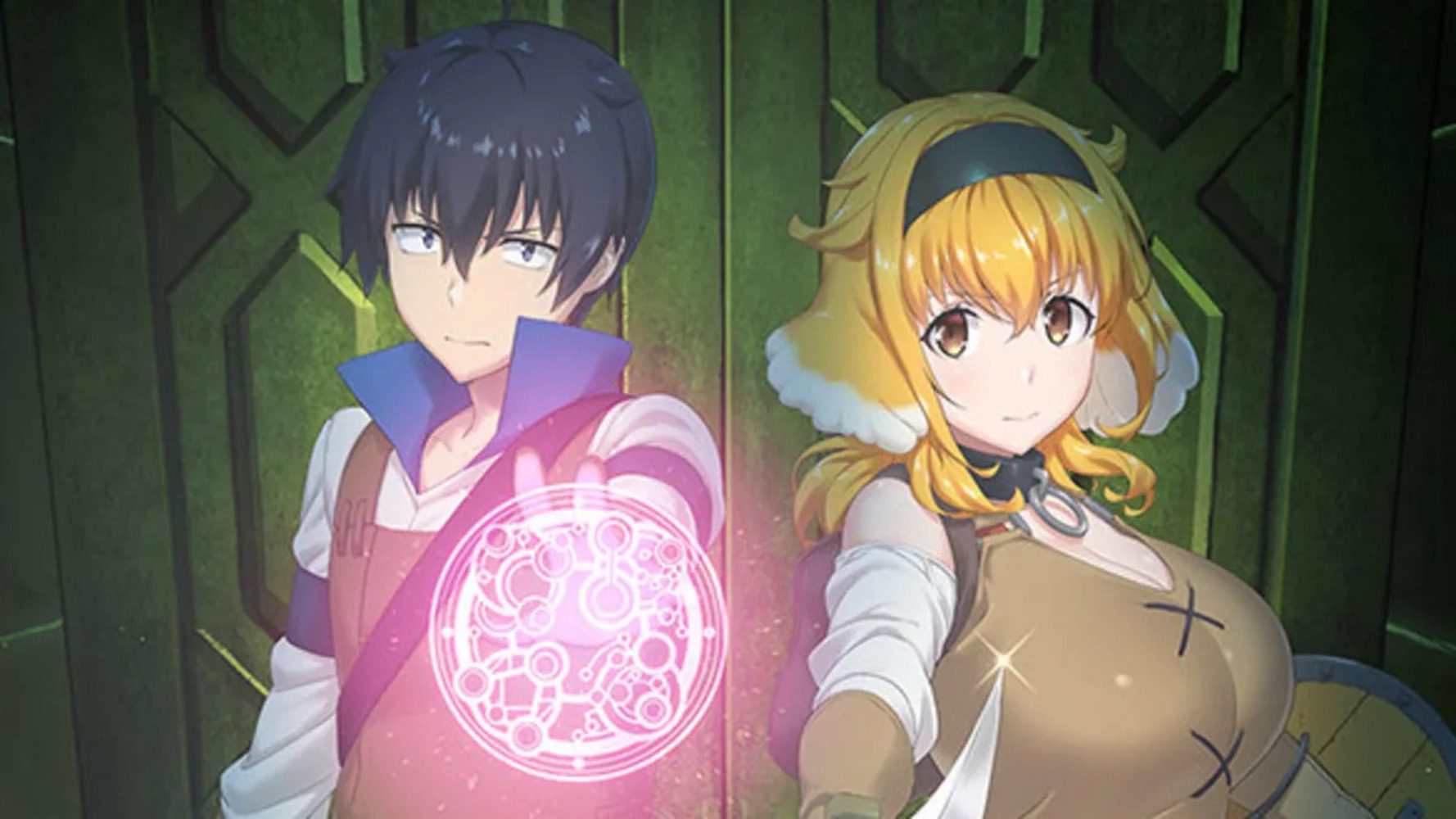 Harem in the Labyrinth of Another World Episode 6 is set to release next week. A Japanese light novel series called Harem in the Labyrinth of Another World, written by Shachi Sogano and illustrated by Shikidouji was serialized online from 2011 to 2019 on Shōsetsuka ni Narō. The series was later acquired by Shufunotomo, which has published twelve volumes under Hero Bunko since December 2012. In the middle of a struggle with life and society, Michio Kaga stumbles upon a website that offers a variety of questions and a point system that allows you to create interests and skills for your character. Upon finishing his role, Kaga is transported into a fantasy realm similar to a video game and is reincarnated as a powerful guy with the ability to claim idol-level girls. This begins the tale of reborn Kaga’s cheating and harem.

Anime Harem in the Labyrinth of Another World Episode 5, we see that When Kaga asks Roxanne how to add skills to his equipment, she tells him he needs to find a rare monster skill crystal and have a blacksmith bond it to it. Unfortunately, both dwarves and humans are not trustworthy when it comes to blacksmithing. Inside the labyrinth, Kaga learns that Magic Crystals can be filled with monster magic and sold for incredible sums, but that fulfilling them takes months. He decides to make one of the dwarfs a party member. After purchasing two empty crystals, Kaga discovers they contain the magic of one million monsters; however, most people sell them after 100,000…

Harem in the Labyrinth of Another World Episode 5 Recap

Harem in the Labyrinth of Another World has reached its “best” episode. This isn’t because the show has become especially interesting at this point, because it hasn’t, but because perhaps it has settled into its pace at this point. Having a world rooted in game design is an awkward aside to this story since so many elements like the Labyrinth are simply there for the characters to interact with on a surface level. It’s like there’s no sense of mystery or narrative thrust for the Labyrinth; it simply exists as a tool for the main characters to use. Instead of wandering through this dungeon, Michio and Roxanne could be engaged in rescue operations or encountering monsters that may be troubling civilians. However, such heroic actions could add a sense of urgency to our characters’ actions, and Harem Labyrinth lacks that sense of urgency. Rather, the story needs the opportunity to spend time explaining still more game mechanics to viewers who find this more interesting than anything else. Thus, Roxanne introduces Michio to the process of changing color in magical crystals, which is probably still boring but you might find useful in a game of your own. Nevertheless, if the answer is “There wouldn’t be any content to fill the episode otherwise”, it begs the question of why we spend so much time detailing this for a non-interactive narrative. 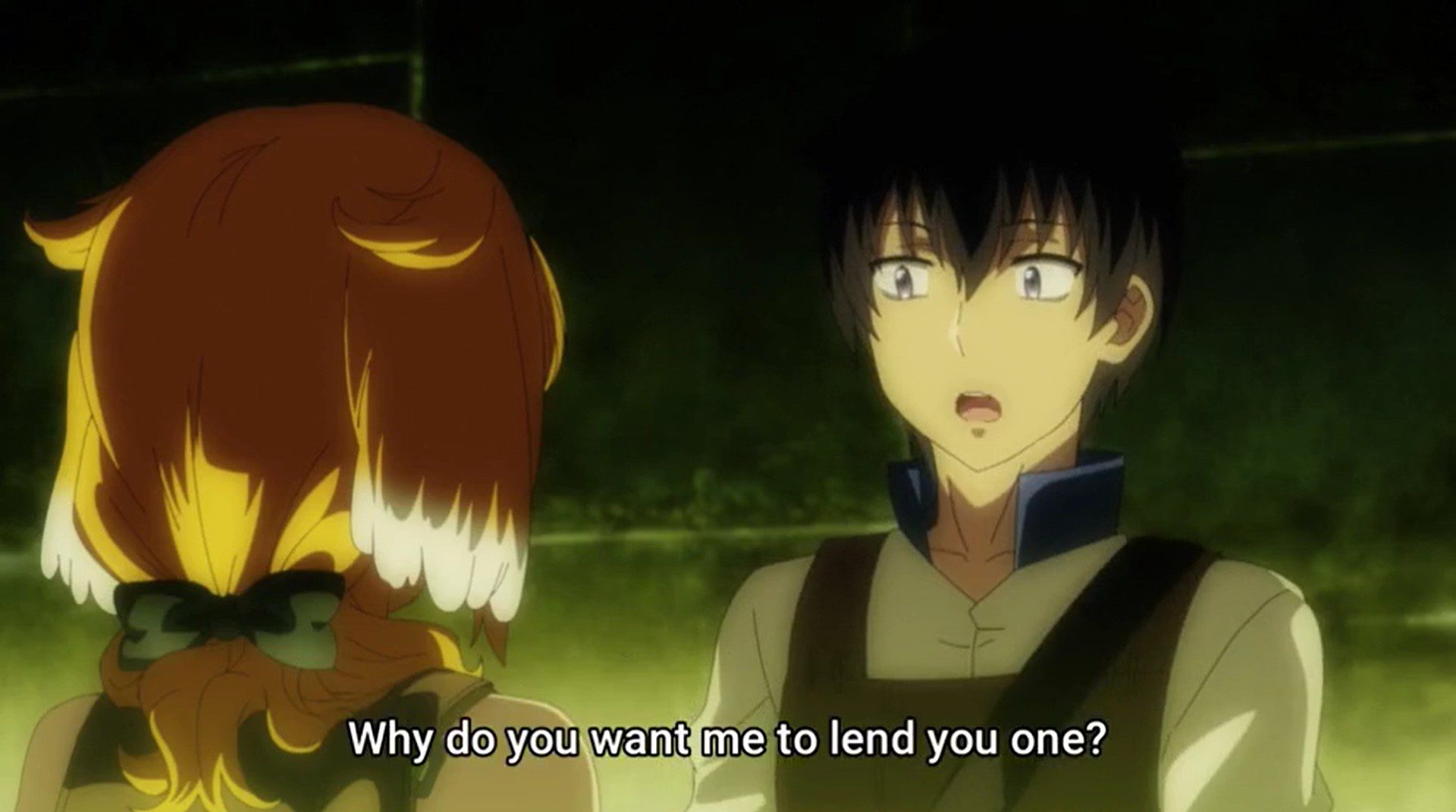 The uses for crystals also tie into this episode’s discussion of job classes, which includes some earlier discussion about certain jobs only being attainable by certain races. This does yield the fundamentally flawed explanation that dwarves working as blacksmiths are untrustworthy, again to cement Michio’s desire to buy a dwarf later. Michio makes his dog-wife gather sticks in the Labyrinth during the day before they come home and have some hilariously censored sex that is so bland that late-night Cinemax softcore looks downright kinky in comparison. Without the forced relationship foreshadowing, this kind of detail is vital, but it merely serves to build a clear ‘gameplay loop’ for how we’re monitoring their activities. The fact that Harem Labyrinth codifies this structure, yet lacks any ambition whatsoever, speaks volumes. Part of me wonders if that’s a fetish being catered to here, taking spiced fantasy contexts and turning them into boring domestic scenarios. 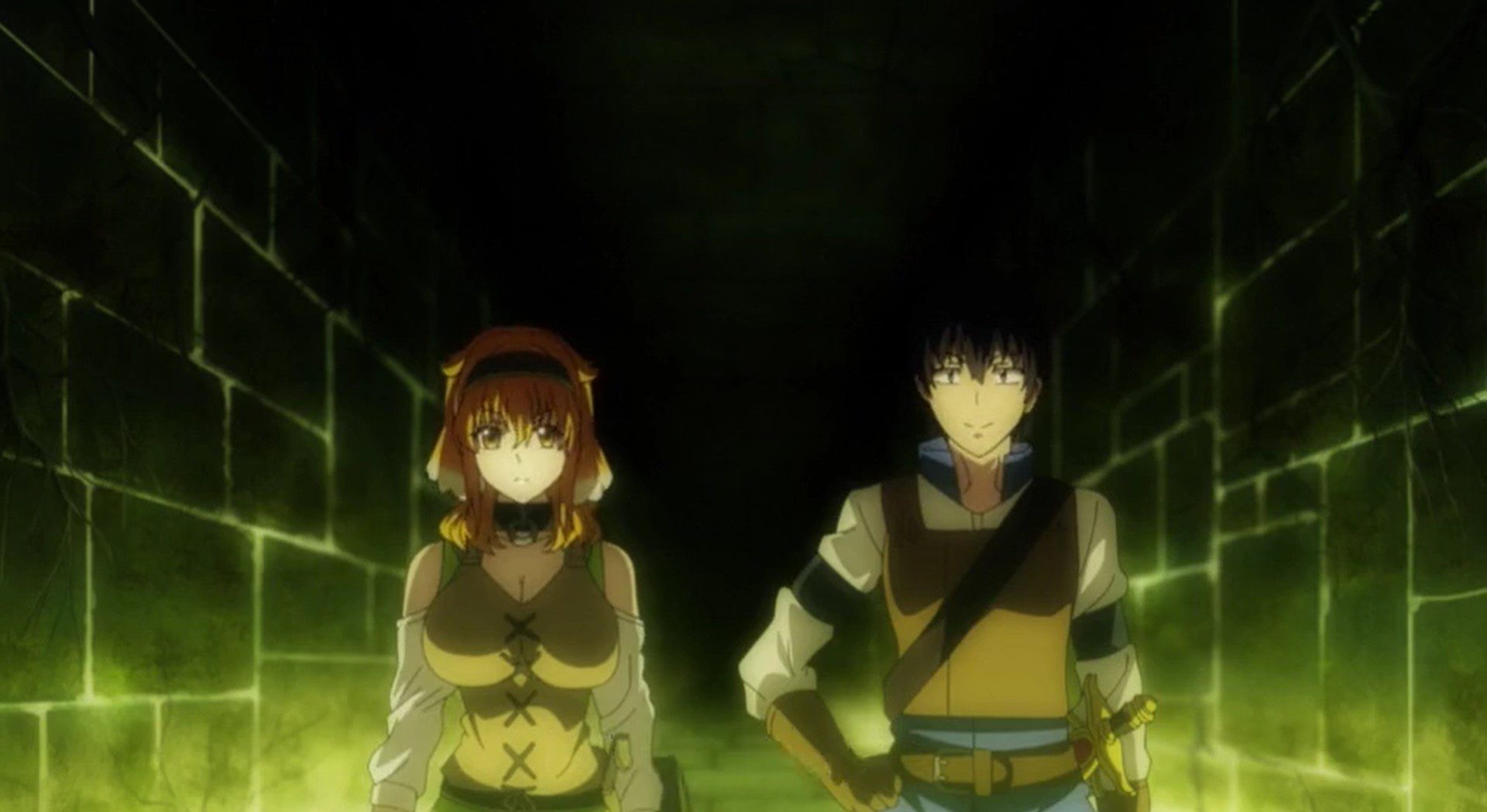 This is a series in which the main character is tasked with becoming an all-powerful adventurer, only to present that role as a money-generating daily grind, while the ‘sex slave’ he has earned serves as his uncontestedly attractive wife at home. What does this say about the desperate degrees of otaku passion that even video-game adventures and wish-fulfillment sex slaves boil down to? There’s a can of worms component there that I don’t know that I need to break down as it’s just been introduced here, but at least it creates a dynamic, unlike all the other moments Michio has throughout this episode which consist of Roxanne telling him he’s awesome. Despite the job-skill-menu stuff being tiresome, as a premier punch-wife appreciator, I enjoyed seeing Roxanne use the monk skillset to beat a tree to death. This is the fan service part. Despite these moments of life, Harem Labyrinth remains the deathly dull package it is overall. Even with Roxanne adding depth to the “action”, the fundamental problem persists: A Let’s Play is only as engaging as its players. I find it tedious to navigate menus in an RPG between battles when I’m the one controlling it, so watching someone else do so in real-time is simply not interesting.

Harem in the Labyrinth of Another World Episode 6 Release Date

Where to Watch Harem in the Labyrinth of Another World Episode 6?

Fans can watch Harem in the Labyrinth of Another World Episode 6 on Crunchyroll when it is released. you can also watch the previous episodes on the same.