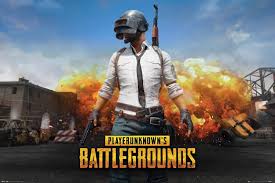 The Battle Royale types of games have been sweeping the nation for some time now. When it comes to these type of games, PUBG takes the number 1 spot, be it PC or even mobile. But sometimes you have to try the other options out there, after spending numerous hours on PUBG every gamer could use a breather, so check out these other Battle Royale Games.

Respawn’s Apex Legends came out of nowhere, at the time of release it gave PUBG and Fortnite a run for their money. It had over 25 million players in the first week.

Apex is a much more fast based Battle Royale, focusing more on a type of quick movement gameplay like sliding, zip-lining, jumping, gliding, you get the gist. Apex boasts a variety of ping system commands making it easier for gamers without microphones to play as a team. It also has a character set special moves, each character has a certain ability that can be used on the battlefield.

With Apex you get a little more borderlands type of graphics and a much smaller map compared to PUBG. It’s an all-out adrenaline rush fun. Check out the trailer here:

The biggest competitor PUBG has ever seen, ever since these games came out, both have been going head-on to be the best Battle Royale game out there. To be honest, it’s a tie, each game differs very much from each other and each of them has done wonders for the type of gamer community they cater to.

Fortnite has been a movement for a long time now, having millions of players worldwide. This game has reached a level of an audience where A-list celebrities like Travis Scott and Marshmallow have performed their concerts in-game! Fortnite hasn’t stopped growing since it’s release, it went on to collaborate with Marvel, Dc, God of War, and even John Wick.

The game has much more different gameplay compared to PUBG. The biggest difference would be the building mechanics, the players have the ability to build forts or any type of structures with collected resources making PVP battles much harder and fun at the same time. The game also features so many other modes like player-made game modes and maps. Check out the trailer here:

When Warzone released it took the world by storm. For the first few weeks, it was like no other game existed. Especially because of the Covid-19 pandemic, people were stuck inside having nothing to do, that was when Activision stepped in and released Warzone, it was the perfect getaway.

Warzone had the graphical prowess no other Battle Royale game could compare to. The gameplay, the game mechanics, the guns, the map, the sounds, everything was so beautifully done. In the first few weeks Warzone started breaking records one by one, Verdansk, Warzone’s map became a household name.

During the time of release everywhere you looked, it was Warzone, it did deserve the hype it received. The game combined basic Battle Royale material with call of duty vibes, that’s what gave the game a winning point. Check out the trailer here:

When Hyperscape released it replaced Apex Legends as the most fast-paced Battle Royale game out there.

Ubisoft gave a lot of importance to the movement of the player in this game. There’s a lot of vertical play to this too, most or all of the buildings can be jumped or climbed, the game has movements like double jumping and auto mantling. There is also a feature where the player can pick up hacks which give them extra abilities like being able to teleport, gravity slam something, make yourself invisible and so on. Check out the trailer here:

This could be considered as one of the games which laid the foundation for so-called “Battle Royale” games. Brandon Green, the creator of PUBG, was one of the people who worked on H1Z1.

There isn’t really much of a crowd who plays this game these days, that’s mainly because of the numerous amounts of new BR games which have been released that boasts a dozen more features and graphical advances that H1Z1 doesn’t have. This game has the basic shrinking circle, find weapons and shoot BR systems to it but that’s about it. At the time this was a legendary game setting a standard for generations of games to follow by, so it’s a game worth checking out just to experience where and how it all started. Check out the trailer here:

These are some games that are worth checking out if you ever get bored of playing PUBG, which to be honest we know will never happen. Happy gaming.