Sigrid is a gripping Korean manga series that was first released in 2016. The story follows the journey of its protagonist, Sigrid Ankertna, who is initially portrayed as a dedicated servant of the emperor and a fearless knight of the sword. Throughout the series, Sigrid carries out the emperor’s commands, even if it means committing atrocities against innocent people. Despite the atrocities Sigrid carries out, she doesn’t question her actions. Instead, she carries out the tasks assigned to her ruthlessly and efficiently.

In the reign of Vermont, the knights were overworked and underpaid as their dues were used to fulfill the greed of the emperor. Behind the façade of a powerful and just ruler, there was a whole different level of politics at play. But Sigrid, a dedicated servant, blindly followed the emperor’s orders without question.

That is until a fateful turn of events leads to Sigrid being sentenced to the guillotine, a brutal punishment reserved for the empire’s worst criminals. The guillotine serves as a symbol for the harsh reality and cost of blind loyalty to corrupt power, as Sigrid is subjected to the truth that her faithfulness to the empire was used merely as a pawn for the selfish interests of the emperor Vermont.

Sigrid’s heart was shattered as she realized that the empire to which she had been so fiercely loyal had betrayed her trust. Throughout her life, she had sacrificed her own conscience in order to remain faithful to the emperor, but in the end, it was all for nothing. The very ruler she had devoted herself to had sentenced her to death. This realization is a tragic one for Sigrid, as she comes to understand that her blind loyalty has led her to lose sight of the reality of the empire and its true nature. This realization makes her question the idea of devotion and where it should be placed, and what it should be in its truest form.

Just as Sigrid is about to meet her tragic demise at the guillotine, a miraculous event takes place. She finds herself transported back in time, five years to the very moment where everything began. Determined to change the course of events that led her to this point, Sigrid sets out to make different choices and alter her past decisions. As she relives her past, she is resolute in her determination to make a change and prevent the series of events that led her to the guillotine. This twist in the story adds a new layer of intrigue and gives Sigrid a chance to redeem herself and make amends for her past actions.

The manga series delves into the age-old question of fate vs free will. As Sigrid is given a chance to alter her past and change her fate, the series explores whether one can truly change their destiny through their actions or if fate is an inescapable force.

This central theme adds depth and complexity to the story, leaving readers to ponder the role of agency and choice in shaping one’s own life. As the series progresses, it will be interesting to see how Sigrid’s choices and actions play out and how they ultimately shape her fate. The Manga is now available in English, translated by popular translators, and can be read on different websites. With its intense and thought-provoking storyline, Sigrid is a manga that is sure to leave a lasting impression on readers.

In chapter 30 of Sigrid, we see Sigrid developing a romantic relationship with Sir Lunatil, who is unaware of her past as a knight. However, Lunatil becomes curious when Sigrid reacts differently to his compliments about her sword skills than her appearance. The two have vowed to take revenge against the corrupt king Vermont by aligning themselves with Celios, the prince who seeks to claim the throne. But when Celios offers Sigrid to work under him for his own selfish motives, she firmly refuses. This refusal incenses Celios and brings new layers of conflict and power play into the story.

As the story of Sigrid continues with chapter 31 yet to be published, we can only speculate on what the future holds. However, based on what has been revealed in the previous chapters, it is likely that we will learn more about the true intentions of Celios, who has been presented both as a potential ally and enemy. Given the complexity and unpredictable nature of the plot, it is imperative that we do not jump to conclusions about Celios’ role and motivation in the story until more information is revealed in the upcoming chapters.

The previous episode of the manga was published on 6 January 2023. The frequency of translation for an average translating website is approximately 24 days. Sigrid Chapter 31 will be released around the 30th of January, 2023.

To get the latest update and to know what happens next, it is best to stay tuned to the official website or social media pages of the manga series or the translation group you follow. The story is uncertain, and readers will be eager to see what happens next.

Where To Read Sigrid Chapter 31?

Although there are several websites that publish English translations of Sigrid while there is no official source to read the manga chapters or the translated versions. 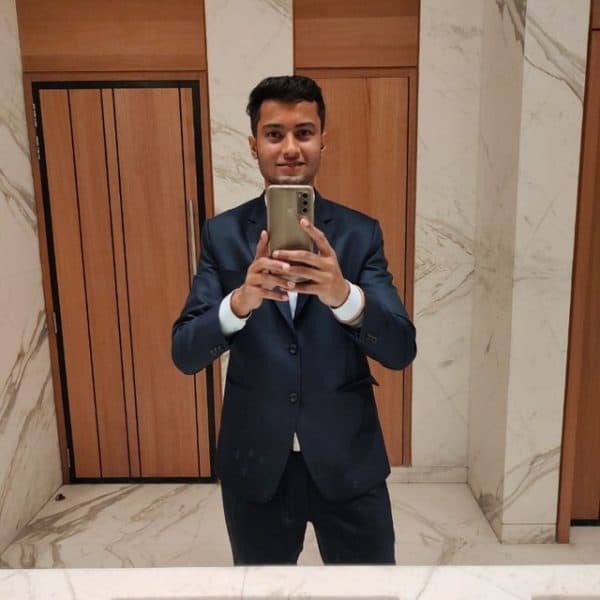 As a recent B.Com Hons graduate, I have been working part-time as a content writer while also pursuing my MBA aspirations. I am pleased to have scored better than 97 percent (97%ile) of those taking the SNAP exam in 2022 86% (86.05 %ile with 96 in Quantitaive Aptitude and 90% in VARC) of those taking the CAT exam in 2022. I am dedicated to continuing my education and professional development in order to achieve my career goals.