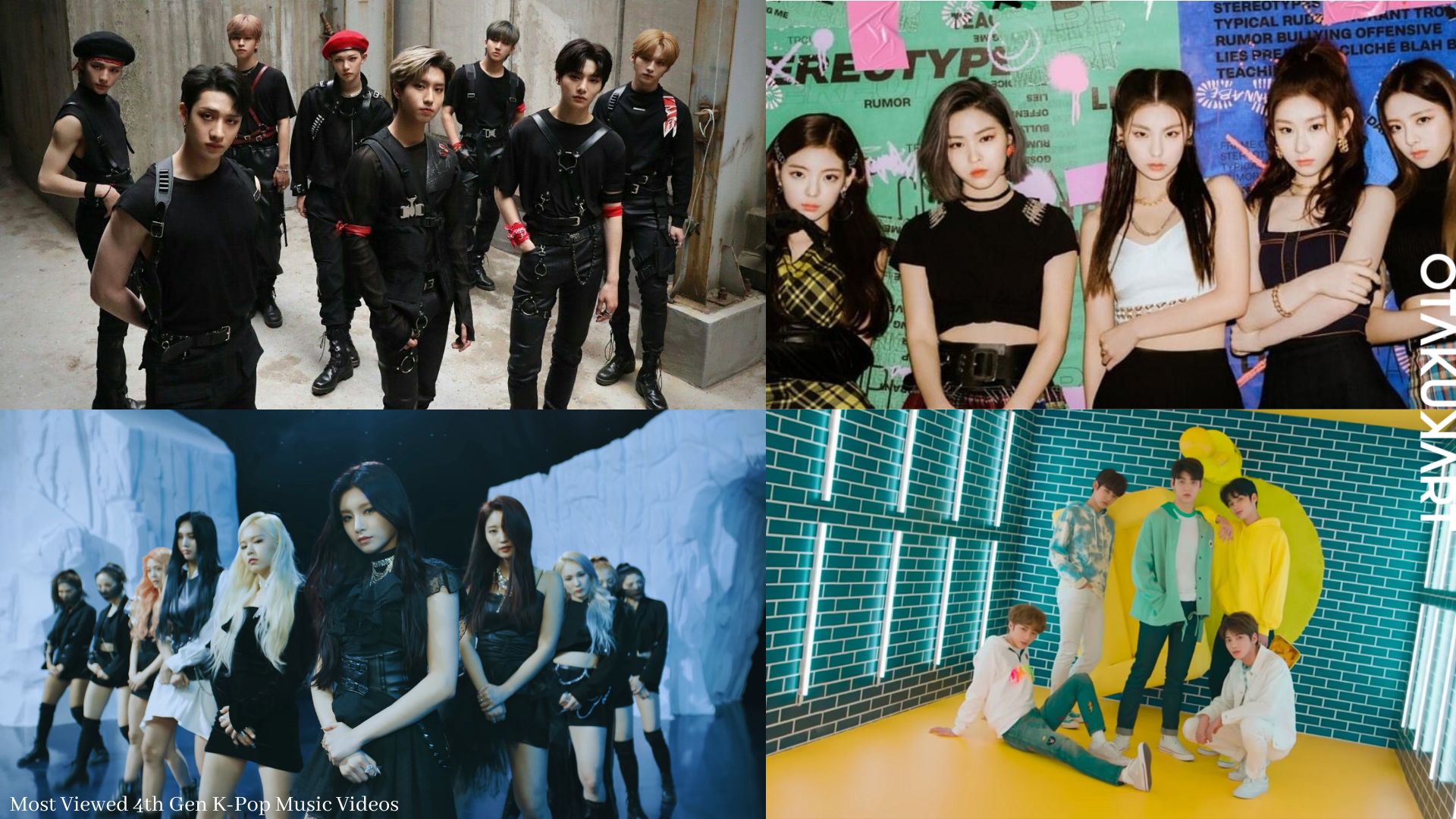 Talking about the most viewed 4th generation K-Pop music videos is the new trend on the internet. There is no denying the fact that the 4th generation K-Pop groups are ruling the South Korean music industry with their sharp skills and powerful presence. They are the new wave of success, and the speed they are moving forward has left everyone in awe. It is both surprising and fantastic to watch them hitting new records on a daily basis.

Moreover, the category of music videos has become more and more interesting with every passing generation of idols and bands. The genres and concepts of the same have been transforming drastically, and all the fans out there are in absolute love with the same. With the intense brainstorming before every music video release and experimenting with every possible new element, has managed to produce the best results each time.

The music videos released by the 4th generation bands or idols have become the favorites of everyone out there. They are more colorful, more meaningful, and packed with thousands of elements that are symbols of something more significant and intriguing. Now music videos are the visual form of the lyrics sung by the artists, and therefore the views skyrocket every time.

Here we are going to talk about the most viewed 4th generation K-Pop music videos and how they managed to enchant everyone out there.

It is no surprise that WANNABE has claimed the first position in the list of the most viewed 4th generation K-Pop music videos. WANNABE by the South Korean 4th generation girl group ITZY is one of the most loved releases by the K-Pop enthusiast out there. The song is the first of their EP titled ‘It’z Me’ and was released on March 9, 2020. Just after 24 hours of its release, the music video of the track successfully gathered more than 11 million views.

The concept of the track, which highlighted the significance of originality and individuality, appealed to everyone out there. Also, the iconic shoulder dance of the girls became one of the wildest dancing trends out there. The internet was on fire when the MV for WANNABE was dropped, and still, it is one of the most loved music videos of all time.

God’s Menu was the talk of the internet in the year 2020. The stress of the pandemic was forgotten when the track and its music video were released. JYP’s boy group Stray Kids successfully bagged the top position on every music chart out there with their track. It was the lead single of their debut studio album titled ‘GO ALIVE’ and was released on June 17, 2020.

The iconic music videos of God’s Menu managed to gather more than 5.6 million views within 24 hours of its release. It was a big success for the group and brought them into the spotlight in no time. Moreover, the concept of the track uses food as a symbol of greed and addiction in the K-Pop industry. It was one of the unique concepts of all time and attracted not only domestic but also global attention towards it.

The music video is still one of the hottest ones out there, with more than 311 million views.

The music video of Dun Dun is indeed one of the most viewed 4th generation K-Pop music videos of all time. The South Korean girl group EVERGLOW operating under Yuehua Entertainment, gathered the attention of the global media with this particular release. Indeed, the track is a part of the group’s mini-album titled ‘Reminiscence’.

The track was a big success, as was the entire album. Moreover, the music video of the track successfully gathered 15 million views just within 24 hours of its release. It was released on February 3, 2020, and is still hitting new records. The credits for the same go to the beautiful visuals of the music video and its catchy chorus. Furthermore, the concept of dark and girl crush has been used very effectively here.

TXT has been one of the brightest faces of the 4th generation K-Pop. They have set up and broken several records both domestically and globally, and therefore they have one of the most viewed 4th generation K-Pop music videos. This track is the lead single of their debut Korean EP titled ‘The Dream Chapter: Star’. The EP was a big success for the boys, and so was this lead single.

Released on March 4, 2019, the music video of the track surpassed 14.4 million views within the first 24 hours. With this, the music video gained the title of hitting the highest views in the shortest time among rookies who debuted in the same years. Moreover, the fresh and energetic vibe of the music videos attracted the attention of everyone out there.

Operating under Cube Entertainment, (G)I-dle has been one of the popular 4th generation K-Pop groups of the industry. Their soundtrack LATATA is the lead single of their debut Korean EP titled “I Am”. Written by Soyeon and produced by Big Sancho, the track became one of the biggest hits of the year and bagged positions on several music charts.

The music video for the same was released on May 28, 2018, and as of September 2020, it had total views of 160 million. The visuals of the girls were praised highly by all their fans out there, and their performance in the music video, too, was exceptional.

ITZY has always been one of the leading 4th generation K-Pop groups out there. The girls, with their individual charisma and immaculate skills, have managed to make their every release a hit. The same goes with their music track ‘ICY’. The song is the part of their debut EP titled ‘It’z Icy’. Both the track and the entire debut EP were a big hit for the group and successfully brought them to the attention of the mainstream media.

The track was released on July 28, 2019, and successfully accumulated more than 18.1 million views within 24 hours. To date, the song has been crossing new limits of viewers and has increased its views to more than 242 million.

Moreover, the music video of the song, which portrays the upbeat summer vibe, suited everyone’s taste out there. The concept of the music video talks about the group’s passion for music and the way everything is executed, i.e., from vocals to dance performance, has appealed to everyone out there.

Also Read: Top 5 Best 4th Gen Male Dancers in K-Pop Who Have Charmed Everyone With Their Dance

AESPA is undeniably one of the popular K-Pop groups of the 4th generation. The soundtrack ‘Black Mamba’ is the debut single of the group and was later included on the group’s second EP titled ‘Girls,’ which is scheduled to be released on July 8, 2022. It will be absolutely right to say that the track was a big success for the girls.

Blue Hour is part of TXT’s third EP titled ‘Minisode1: Blue Hour”. The single was released on October 26, 2020, and the music video for the same dropped too. It will be completely right to say that the internet was one fire as the music video of the track was just magical to watch. Therefore placing it on the list of most-viewed 4th generation K-Pop music videos is completely justified. With views of over 100 million, the music video was something that was amazingly aesthetic, and the concept of a fairy tale left everyone in complete awe. The internet was flooded with tweets and retweets about the same.

The title track gave out the message of living life at the moment, and this particular concept please4d everyone out there. The boys are portrayed all colorful in the music video, and them watching the blue hour, i.e., the time 5:53 when the sun sets in October, became the hottest trend on the internet. Moreover, the dream world created by them in the video became the comfort place for every fan out there.

Also Read: The Rose Members: Everything You Need to Know About the Pop Band