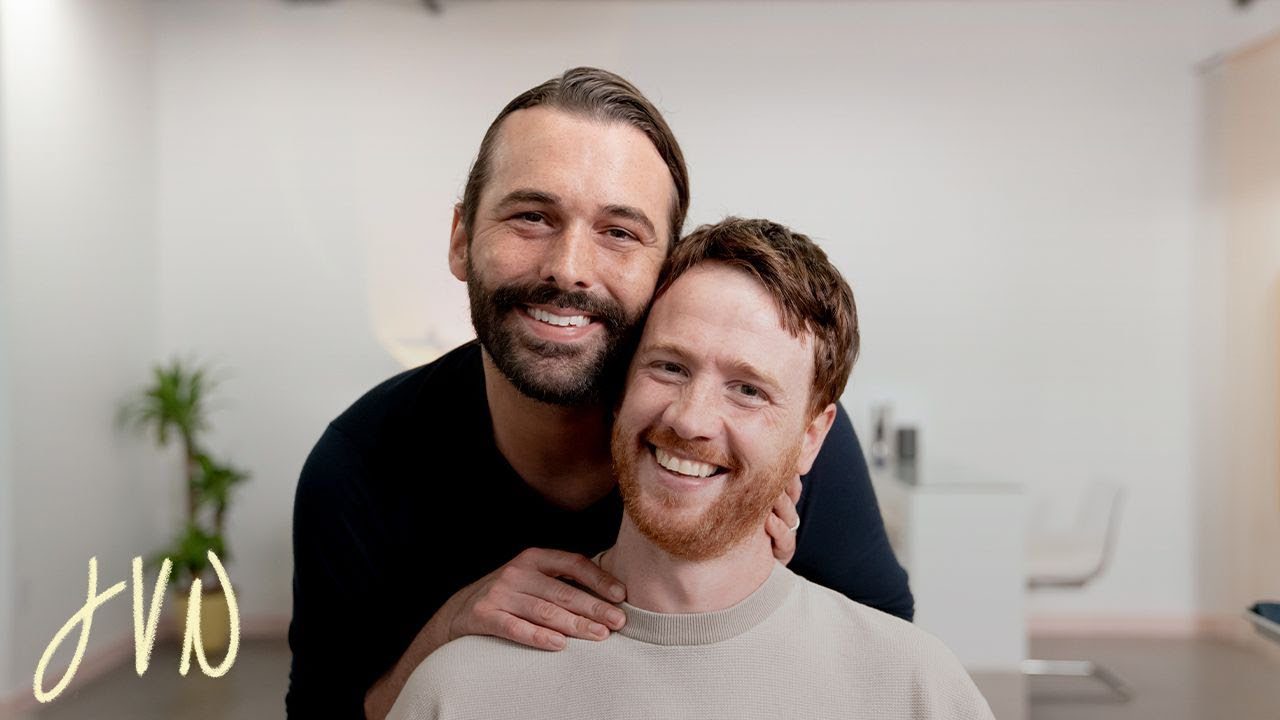 Jonathan Van Ness is an American hairstylist, haircare innovator, comedian, podcaster, New York Times best-selling author, and Emmy-nominated television personality. He is best known for his appearance as the grooming expert in the Netflix series Queer Eye, and he is also quite well known for his performance in the web series parody Gay of Thrones.

The partner of The Queer Eye Star, Mark Peacock, has been in Queer as Folk, Rich Bride, Poor Bride, and The Amazing Race Canada. Mark Peacock, a British native, was born in Brentwood, England.

In the entertainment industry, Mark has more than 20 years of experience. As a writer, narrative editor, actor, casting assistant, producer, and talent agent, he has prior professional expertise. Additionally, he has six years of experience managing his own business. The Amazing Race Canada, Canada’s Next Top Model, Chopped Canada, Holmes & Holmes, and The Great Chocolate Showdown are among the 14 reality shows to which Mark has contributed as a writer and story editor. Rich Bride, Poor Bride, which ran for five seasons, also benefited from his writing and editing skills. Mark has developed 11 short films, and over 20 live theatrical plays, including his one-man, show Flightmare, and performed with two popular comedy troupes.

Who is Jonathan Van Ness’ Partner?

The Queer Eye star revealed on Instagram that he and his partner, Peacock, got married officially in the year 2020. He wrote, “I got married to my best friend & have a loving partner to continue building my life with.” He also described their meet cute as in their first meeting in his Instagram post, quoting, “We went on a date in London, which turned into more dates whilst I was on a comedy tour.

Something about Mark felt different, and I’m quite sure he felt the same.” There, Van Ness confirmed to them that they had married their “best friend.” He also quoted, “Thank you universe for allowing me to be here & thanks to everyone who has supported me. 2020 was a year unlike any other, I got to campaign & get more involved politically. I finished my tour in Australia & NZ for what I didn’t know would be my last standup show for who knows how long. ” 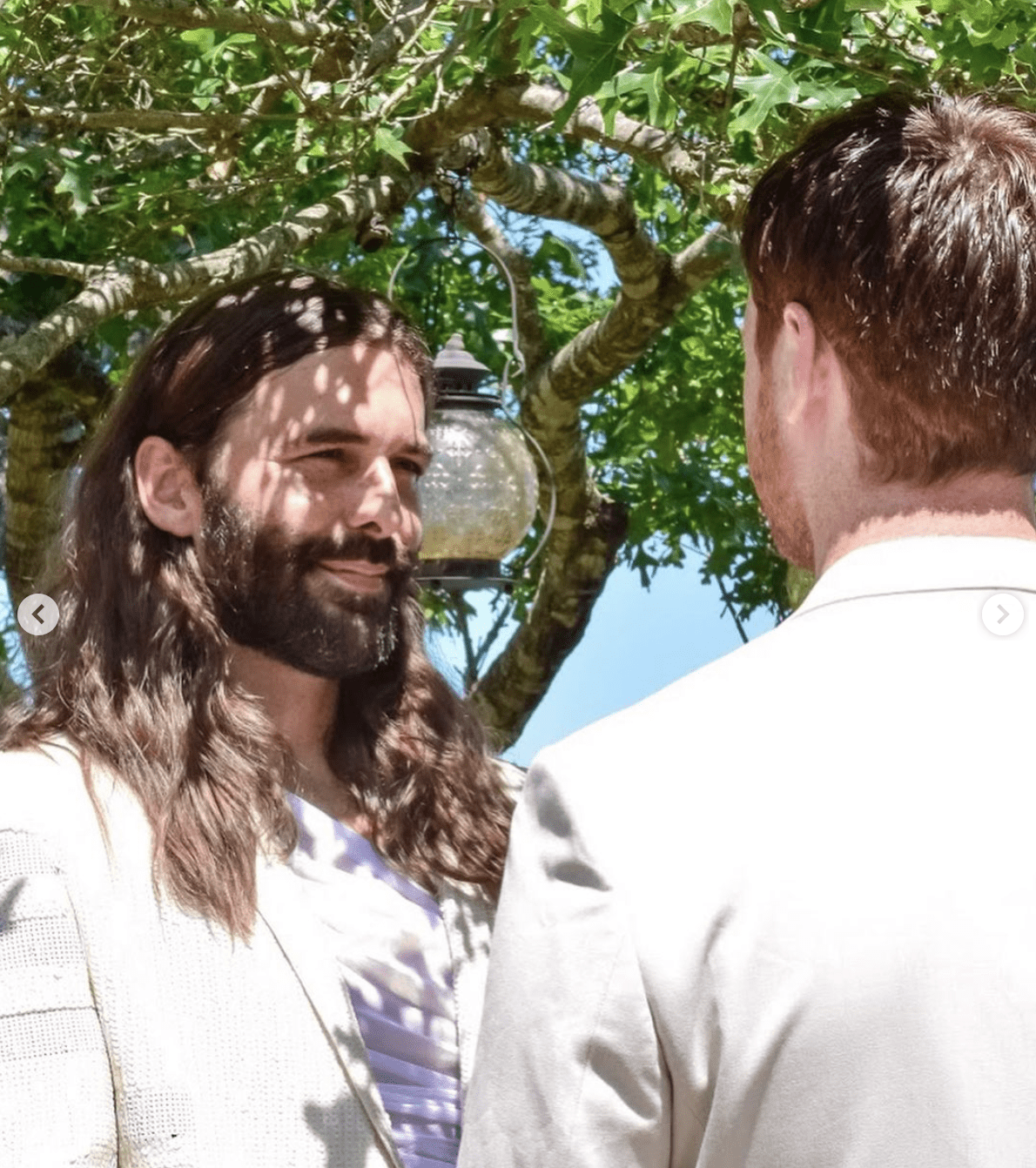 Then, the star shared their exciting personal news, writing, “I got married to my best friend & have a loving partner to continue building my life with.” Then, as the Queer Eye star was explaining that they were planning to take family and friends on a trip to Amsterdam at the end of their tour, Van Ness wrote, “I wanted @marklondon to come with but, was it a bit intense to ask Mark to come after a couple of weeks worth’s of dates to come to meet my mom & and friends on a mini break? Maybe so, but something about Mark felt different, and I’m quite sure he felt the same.”

Mark Peacock, who is also quoted in his Instagram account, said, “I left London and moved across the Atlantic, got dressed up for numerous seriously hilarious zoom quizzes, re-discovered a love for gardening, learned to drive on the left, got married to my soulmate and one true love @jvn and adopted a little Jack Russell called Pablo and entered a family with 4 amazing cats,”.

The couple also celebrated their 1st-anniversary last year with a slideshow of their happy couple pictures. Featuring a picture of the pair on their wedding day, the carousel of shots also included images of them attending events with one another and traveling the world side by side.

The series also included two solo shots of Peacock, with the caption “Happy One Year Wedding Anniversary @marklondon, I love our adventures, and I can’t wait to make more.” Peacock also shared a series of posts to commemorate the occasion, writing, “Happy 1st Anniversary babe” besides his post.

The charming pair has been married for many years and is still enjoying their marriage. Jonathan and his husband Mark recently attended their first Emmy, and Jonathan has been sharing all the highlights with his followers and the general public via his Instagram account.