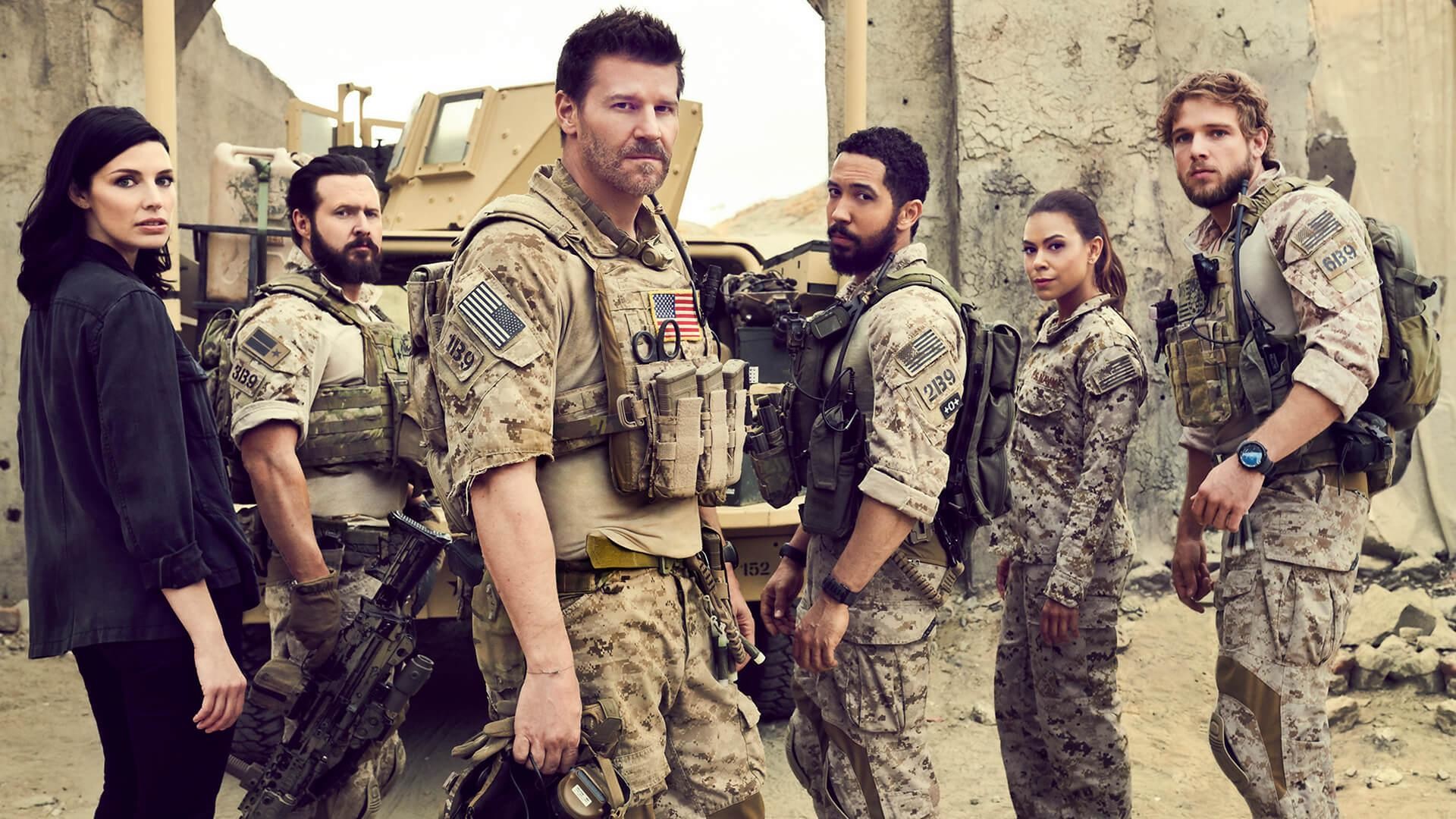 What is up with Jason and Mandy from SEAL Team. After a lot of debate on ‘will-they-won’t-they,’ the time has finally come to side with the will-they part. Now we shall see them as a potential couple on the show. “The hardest part about it is that I chose to become this person,” says Mandy to Jason in a situation we will explain later in this post.

While we couldn’t be more excited for Mandy and Jason. The highlight of the episode was something else. It was the Bravo team operating leaderless.

Season 3 finale titled ‘No Choice in Duty’ aired a couple of hours ago. Know that when you are in an unexpected situation or a calamity, it is surely going to have some unintended consequences for you. And that’s exactly what happens to Bravo. A lot of time, resources, and energy wasted on locating the terrorist leader by Bravo. It turns out that the team hunted down the baby boy in the corner of the room. Remember Al-Hazred? Yep, that’s the one. The boy cornered in the room whilst Bravop performed its operation of killing Al-Hazred is the key figure in the Bravo operation here. Although he’s no longer a boy, but a formidable enemy and a terrorist leader. When Jason Hayes (David Boreanaz) was taken by surprise, we definitely knew things may have reached their end with Al-Hazred. But now, they have reached new beginnings. He’s not just any target bounty-target for Jason and his teammates, as they would like to put it. But he’s much more than that! 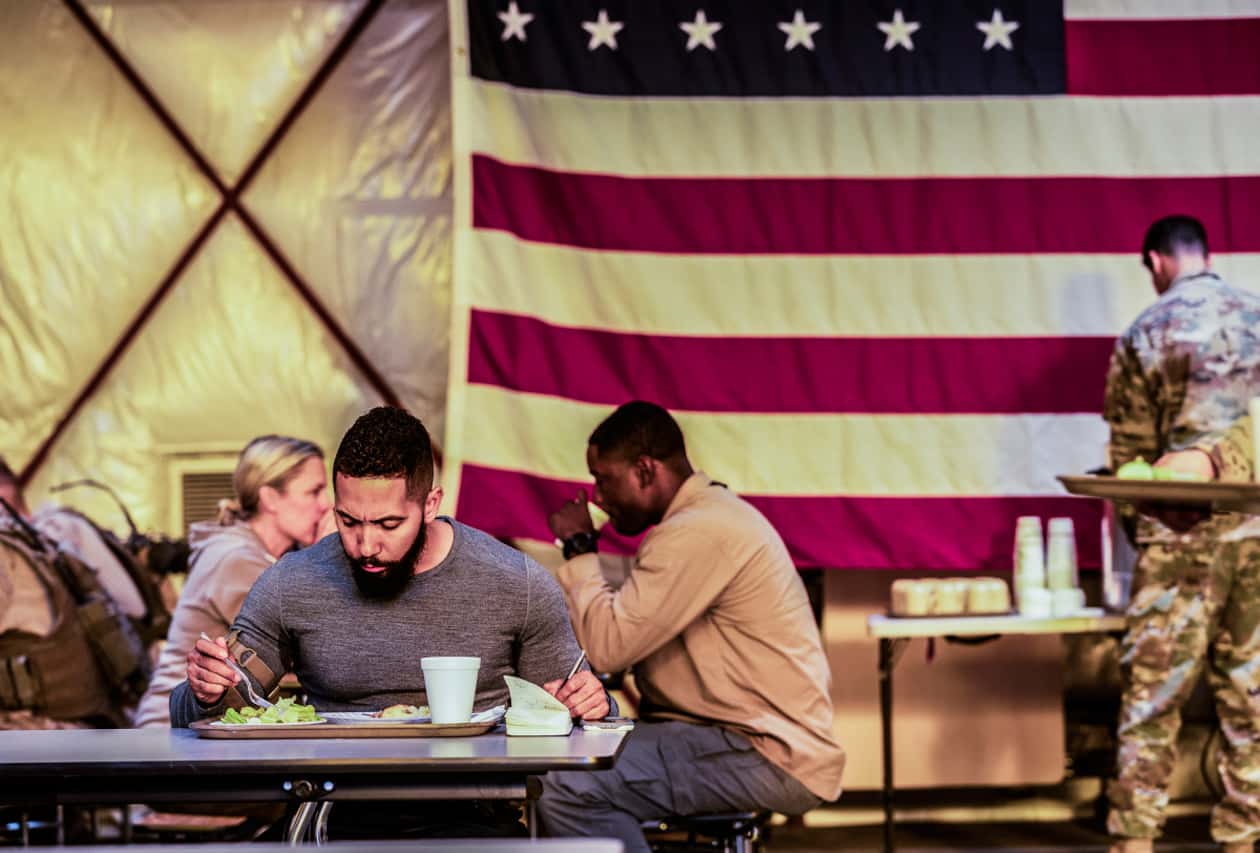 Ray at lunch, moments before he calls Sonny.

Another member, Sonny Quinn (AJ Buckley) is back on the team. Instantly, the team is divided into two over his inclusion. Jason welcomes his return on the show, but Lisa Davis (Toni Trucks) is harrowed to find him back. Sonny says that he is thrilled to be a second-generation fighter. Jason doesn’t believe in generation discourse. They are warriors and they should continue to be warriors according to Jason. Knowing that she no longer is interested in him, her reaction is but obvious. Lisa is pretty happy with her love interest Reiss Julian (James Ransone). It’s only a matter of time that Sonny becomes suspicious about it. And that’s towards the end of the show. We won’t know Sonny’s reaction for now. It’s obviously a cliffhanger.

One of the most admirable things about the SEAL Team is that through the sheer portrayal of ruthlessness, there are far too many emotional twists and turns in the story. And that’s exactly where the show wins out heart. When Jason and Mandy visit the family of a now-dead informant, one of the most emotional moment ensues on screen. Mandy is supposed to pay her condolences and hand over a check to the family. But before the visit, when she breaks into tears, Jason accompanies her to offer condolence. It is not every day that we see the Braveheart Mandy breakdown like that. But she’s more coming her way. Mandy knows that it is deeply insulting to hand over a cheque on $20000 to the widow, but since it is a formality, she has to do it.

When the two reach his informant’s home, his widow is in a grieving state. This act of offering a cheque doesn’t bode well with the widow, hence before Mandy could be thrown out of the house, Jason forcibly drags her out. That was some tough thing to watch–Mandy silently have this widow shout at her face. Back in the camp, Jason stands by Mandy like a rock. Scenes like these are why we stress on the emotional quotient of the show.

Mandy admits to Jason that Dr. Craig’s demise changed her. As did Cerberus’. Mandy acknowledges that over the course of years her job has changed. With that, she changed as well. She doesn’t like it, but she can’t help it at the same time. But she admits that she can pick the pieces and move on from there. Jason joins in on the heart-to-heart conversation. The two shed their inhibitions at this moment and talk about their vulnerabilities. This is exactly why we side on the they-definitely-will part. Jason and Mandy are one brief shot away from becoming an item. This is the first major cliffhanger from Season 3 finale.

The next conversation happens between Davis and his new lover. As he gets out of bed to read about the Intel reports, her new love interest jokes that his lack of masculinity would have a problem. She knows he is going to quit the team to go joining the STA- 21. She priest on when it should happen. Davis cuts her at this point and tells her that he hasn’t informed anyone from Bravo yet.

In the difficult terrain of Afghanistan, the Bravo team yet again hunts for another enemy. It isn’t clear who they are chasing, but one would say that they are chasing shadows. The most important twist is when Ray Perry (Neil Brown Jr.) is asked to lead the team through an exigency. Ray makes the observation that this target is a second-generation terrorist. And that they took out his father years ago. And adamant Jason likes to stick with just “target.”

The lead of this terrorist’s location that Bravo gets is time-sensitive. So much so that it runs chances of quickly becoming obsolete. So whatever has to be done, has to be done quickly by Ray and co. In the next part, Ray, Sonny, and Clay Spenser meet with success as they track the location of this shadow. There are drinks and a lot of guffaw in the next segment. All thanks to Ray and his brilliant accomplices. But Captain Greyson Lindell (Jamie McShane) would like it other way round. He beat down Jason about his setback.

Ray and Jason have a conversation, where Ray says that he wants to be a Warrant Officer because his family is very important to him. While Jason respects his choice, he doesn’t seem thrilled. Next thing we know, Jason is knocking at Mandy’s door. And they are going at it. This is where the curtains close.