There are too many mysteries to solve in this season of Pantheon. After Caspian left his home after fighting with his father and Chanda’s continuous struggle to break through the electric prison, things started to take a new turn. We will only have to wait and see what this episode unpacks.

The animated mystery series Pantheon deals with the world infested by AI. The American science fiction mystery drama series has been created by Craig Silverstein. Originating from the United States, the series was adapted from the short story series of three anthologies called The Apocalypse Triptych written by Ken Liu. It just premiered on the 1st of September of this year.

The main characters include Maddie Kim voiced by Katie Chang, Caspian voiced by Paul Dano, Ellen Kim voiced by Rosemarie DeWitt, Julius Pope voiced by Chris Diamantopoulos, Chanda voiced by Raza Jaffrey, and so on. So far, this season is set to have only eight episodes, and it is supposed to end on 13th October 2022. The season premiered with the first two episodes, “Pantheon”, directed by Dwooman, and “Cycles”, directed by Mel Zwyer. Along with many other writers, Craig Silverstein helped to curve this show in a nice shape.

In episode 3, we saw how Chanda was trying to escape from the electric prison. Chanda was not aware that his mind was swindling in the Logorhythms’ servers while he was going on with his day. In such an instance, a ghost appears and shows him a snippet of his death and helps him to escape. For the Maddie and David enjoyers, this episode was a treat since they spent some more time together. David expressed his frustration to her about his wife and claimed that he wouldn’t speak to her. 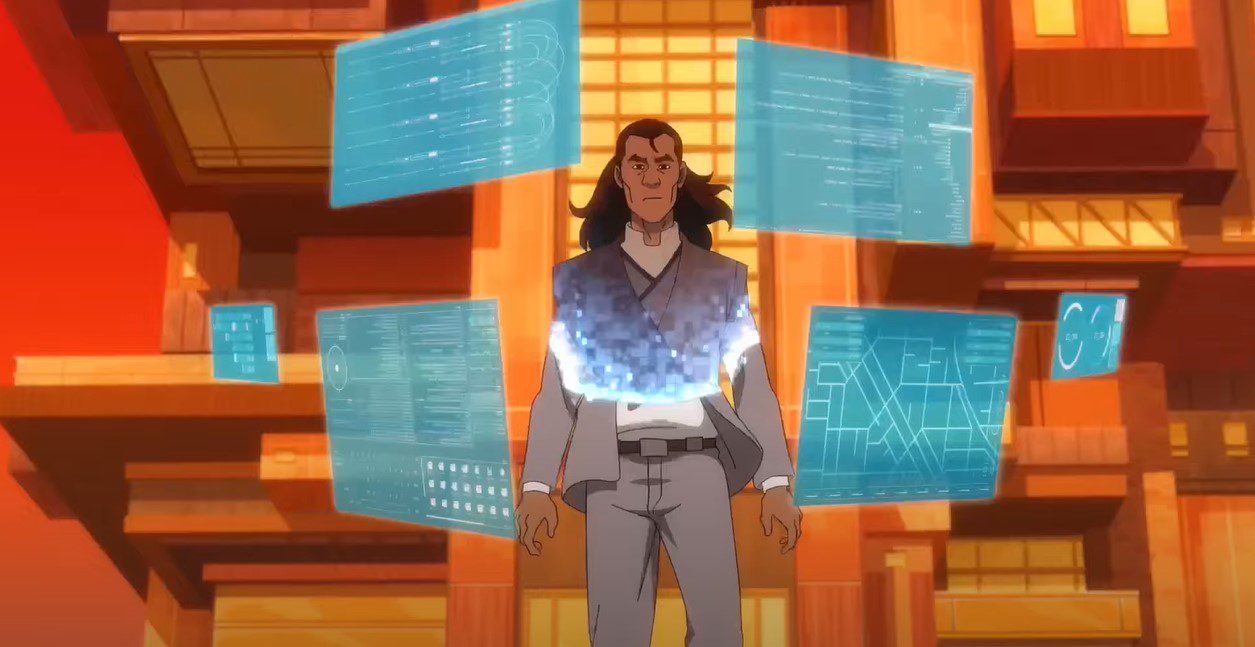 Ellen and Gabe are seen sharing a kiss in this episode as well but were stopped due to David. Right after that, Gabe goes into an argument with Ellen, and they break up. It was surprising that she refused to reveal David’s secrets.

On the other hand, Caspian misunderstands his father. His parents, Cary and Renee, bought a hammer to carry out a plan in which Renee injured herself. Seeing this, Caspian thought that his father had injured her and attacked his father. This created some tension as Caspian proceeded to leave home. After that, Caspian makes up with Hannah, and the two kiss.

The fourth episode written by Andy Parker is called “The  David will get to know a new source of his power that he can maximize. Since previously Maddie and Ellen felt left out, they will realize that they are not alone anymore. This season we will probably see Caspian continuing his research with Logorhythms and might shed some light on his plans with Pope. On the other hand, Pope and Prasad are working on something as well.

Reunited once again ❤️
Stream #Pantheon every Thursday on @AMCPlus and HIDIVE! pic.twitter.com/rQtCpPqqb5

Chanda will continue with his plan with Laurie, this time with the ghosts. There is still a lot of mystery left to unfold. They are still trying to break through Logorhythms’s prison. There are a lot of questions from the viewers which have not yet been answered. Will they ever be able to become human again? There’s no sign of that yet, but they might be able to go back to a human form. It is also to see what Pope and Caspian are cooking up.

The fourth episode of the first season of Pantheon will be aired on 15th September 2022, Thursday.

How to Watch Pantheon?

The series will be released on AMC. We have listed down all the time zones where the series might air at:

Also read: Secret Invasion Cast: Everyone Who Are In The New Series!