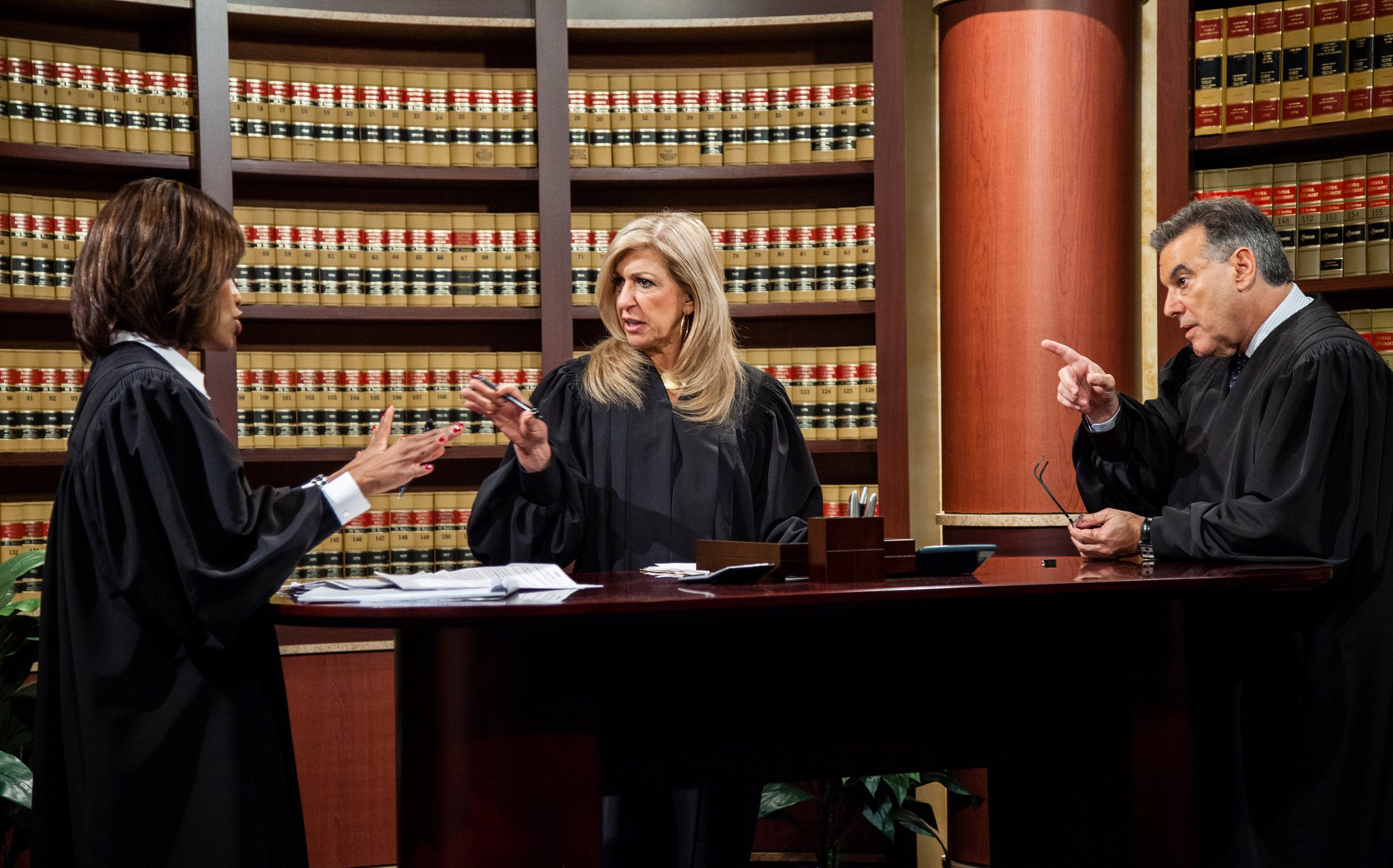 Hot Bench Season 9 Episode 38 release date is quite soon. This is a reality TV series that focuses on the legal aspects of the genre. You can call it a panel-based show which actually runs on Syndication. Judge Judy Sheindlin has produced this series for entertainment purposes. Supervision has also been provided by CBS Media Ventures on the project. With each episode, we see a panel of three judges sitting on the top, and cases are presented in front of them.

Although, these are some small claim domestic cases that require a basic judgment. But despite them being small, they provide a lot of drama to the viewers. The verdict is passed in the majority format. This means that if two of the judges agree on a particular verdict, even if the third is not fully with them, the verdict will be passed.

The televised court show format is quite interesting to watch because the producers do not have to bring new ideas to make the series creator. It just is. Every time we see a new case, there is a new family drama or neighborhood drama related to it all.

Also, before passing the verdict, the viewers too have a great deal of fun passing the judgments on their own. Now, the people who appear on the show with their cases agree to forgo their actual lawsuit. The favor is returned in the form that they get a chance to appear in the series. A still from Hot Bench Season 9

Now, for the brand new season of Hot Bench Season 9, we saw that Rachel Juarez and Yodit Tewolde had joined the panel of judges. This meant that DiMango and Acker had been replaced and were leaving the show. Michael Corriero, who has been a judge on the series for a long while, has taken the position of chief judge on the panel.

Back in Hot Bench Season 9 Episode 36, titled The Fast and the Furious, we saw a new case appearing in front of the panel. There is a man who owns a sports car whose speed can go as high up to 195 miles per hour. He rents the automobile out for a safe ride and enjoyment to a boy who is 26 years of age. He lives in California and rents it out but has returned the damaged vehicle.

The temptation to increase the speed got way out of hand, and thus, the owner is in court seeking justice for the same. In the most recent 37th episode of the series, we saw that a personal loan is involved between two people who know each other. The transaction has been done, but the lender is now asking for enormous and illegal amounts of interest on that loan. Thus, the borrower has turned towards the law to provide them with the justice they deserve.

Hot Bench Season 9 Episode 38 release date is on the 8th of November 2022. It will drop out on MyIndy-TV 23 at 12:30 PM. There are various other syndication channels that fans will have to check according to their location throughout the world.

In Hot Bench Season 9 Episode 38, we will witness a brand new case coming in for the judges. It is all about a woman who has started to witness some changes in her hair. All of the strands are falling out in clumps. She has recently gone to her hairdresser to dye them silver. Although, this means that the woman would have to undergo huge amounts of bleach treatments in order to be able to dye the hair.

This risks burning the strands and, obviously, the fallout. The hairdresser will claim that she had already told them about the side effects on the woman, but she still agreed to go through with it. Although, the woman says that it is a lie and the hairdresser warned her about no such thing.