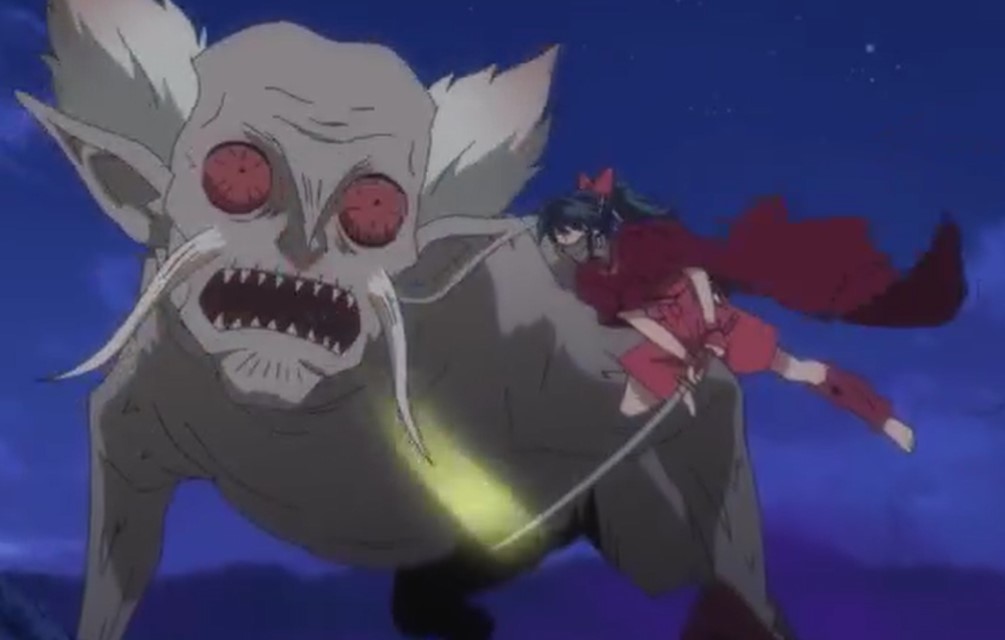 One of the four perils Konto was busily performing his spells, and Nikosen, a former sage, arrives. Kento said that he has heard that Nikopsen has mastered human craft before becoming an apparition. He then asks if it is true, Nikosen said it is true, and he asks him to show him a dance. Konto reveals that there are the half-demons who possess Rainbow Pearls. He heard that they were beings born between a human and a demon.

Yashahime: Princess Half-Demon Episode 13 will be released on Saturday, 26 December 2020, at 5:30 PM JST. Keep in mind that the new episode of this Anime will be released every Saturday. This post may contain spoilers for episode 12. Watch out for them when you continue. You can watch this Anime officially on Crunchyroll, AnimeLab, Funimation, and Netflix. Let’s take a look at the recap of this Anime and preview below.

Kohaku reveals that Nikosen has dried up mountains, and the villagers are spoked. Towa and Setsuna agree, and he said he would send Hisui to join them later. Towa picks up cat demon Kirara telling her to go with them. Kirara unleashed her flying powers, and the two board on her and headed to the mountain. Kirara is standing on top of the mountain, waiting for Setsuna and Towa to show up.

He blew the spell gas all over the mountain and Towa, and Setsuna notices that. Meanwhile, Moroha is with the village’s oldies investigating what has happened to the trees near the mountain. They also discover the poison in the soil. Moroha has noticed that the poison is not from an apparition. She asks the oldies what is happening, and they reveal that the demon’s poison has destroyed trees.

Nikosen has sucked all the nutrients from the soil using his spell. Moroha thinks that this time she will get a big reward if she brings the head of Nikosen. Setsuna and Towa spot Moroha and land on the ground, revealing that they have come to take her to help slay Moroha. Moroha gets disappointed that they are going to share the bounty again. The trio decided to climb the mountain heading to the top.

Suddenly Nikosen showed up and said that he has been waiting for them. They both draw their weapon out; Setsuna and Moroha notice something wrong with Towa, but Nikosen started to blow his sage venom. They both jump away, and Setsuna wears a mask and throws another one to Towa, who fails to catch it. Towa collapses, and she can’t use her powers. Moroha jumps in front of Towa and Setsuna, telling them to go to safety.

The two left Moroha trying to slice Nikosen, who said that a dull sword would not work on him. On the safety side, Towa wakes up, but she is not well. Setsuna notices that the smell of Towa’s blood flowing within her is changing. She started wondering what is happening to Towa and Moroha shows up running. She asks Setsuna to give her one of her masks since she uses a veil to cover her mouth and nose.

Moroha took the mask and headed back to Nikosen, saying that let’s find out if this Kurikaramaru really is as dull as Nikosen says. Nikosen said that no matter how many times she tries, she won’t take him down. Moroha jumps up and cuts Nikosen’s head from the neck. She gets excited that the bounty is going to be all hers. Nikosen’s body collapse, but his head tries to escape saying he won’t give it to her.

Moroha fires a heavenly Arrow Barrage that disappears in the air, and Nikosen’s head manages to escape. Setsuna follows Nikosen’s head, telling Moroha to go back and take care of Towa. While carrying Towa, Moroha is wondering why sage gas is still around since she has defeated Nikosen. Nikosen’s body shows up without its head say that he is still alive. In the sky, Setsuna is fighting with Nikosen’s head and attacks with Scvorge of Swallows.

Her attacks are not working since he is absorbing all of them, and she thinks it is an illusion. Setsuna realizes that Nikosen’s core must be his torso, and she heads back where Towa and Moroha are. When the moon shows up, Towa’s hair changed into black-haired. Nikosen’s head managed to connect with his body again, and he destroys the bridge that Towa and Moroha were trying to cross. The two started falling inside the valley of death.

They got lucky and fell inside the water and head inside the cave. Moroha thinks that Towa is turning into a full human since she can’t sense any demon powers. Later they find out it is because of the New Moon that is causing changes on Towa. Nikosens follow them to the cave, and they team up and slay him. The next day in the morning, Towa’s hair changes back to a normal white color with only one red hair. Kento saw everything, and he is happy that the half-demons have new moons.

For today that is how we conclude this Anime by all of the above updates. Come back next week for more latest updates on the next episode. Gets more update here Yashahime: Princess Half-Demon Episode 12