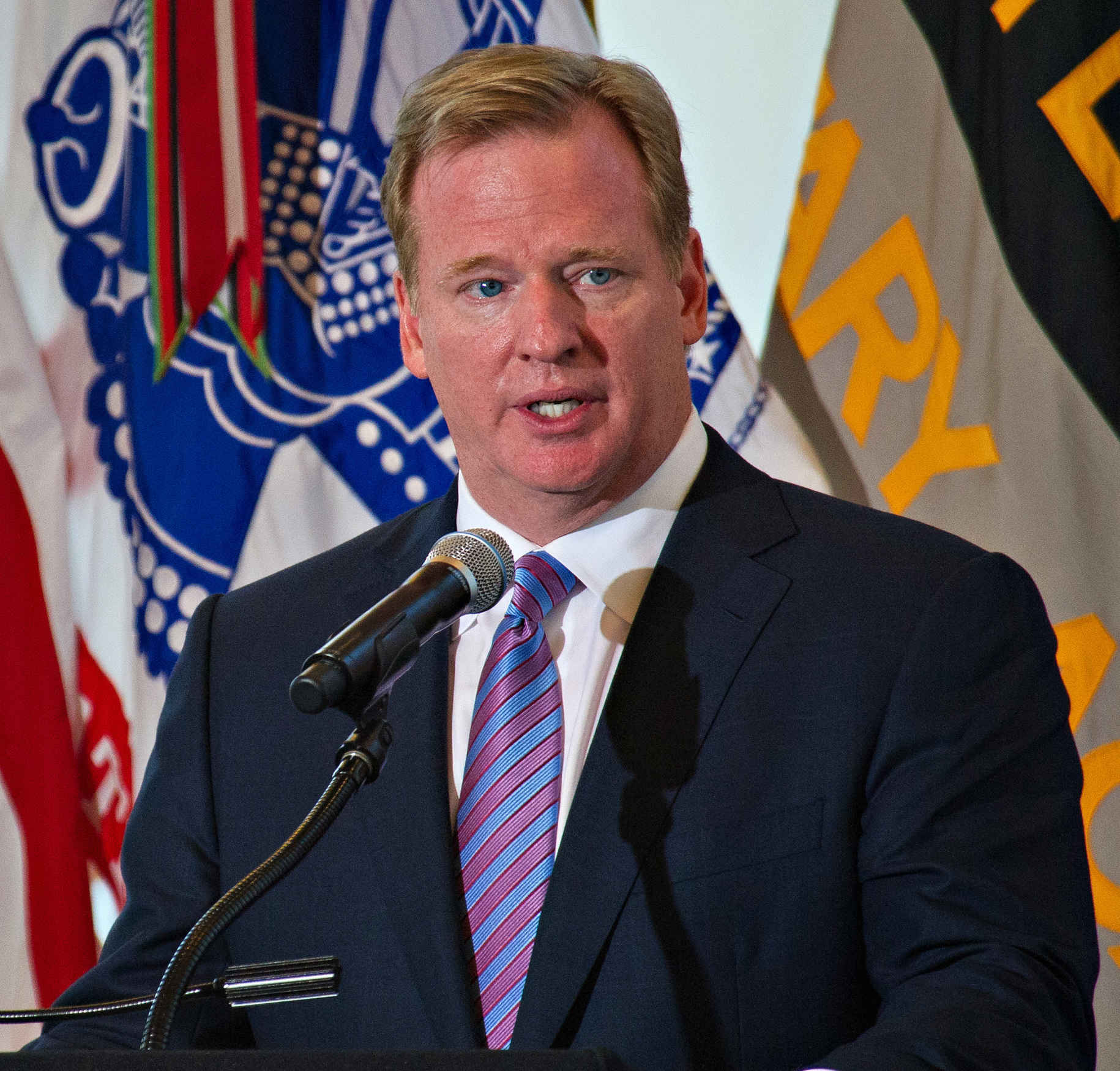 Roger Stokoe Goodell is an American businessman who is currently appointed as the Commissioner of the National Football League. He began his tenure prior to the 2006 NFL Season.

Goodell was born on 19th February 1959 in New York, US. He was born to Charles Goodell and Jean Goodell. Goodell was always into sports since his early childhood. He was said to be a three-sport star playing football, basketball, and baseball. He was even the captain for all the three teams earning him the tag of the Athlete of the Year in his high school. Goodell attended the Bronxville High School and later graduated from Washington & Jefferson College in Pennsylvania with a degree in economics. He always faced a lot of injury which did not allow him to practice football later on in college. 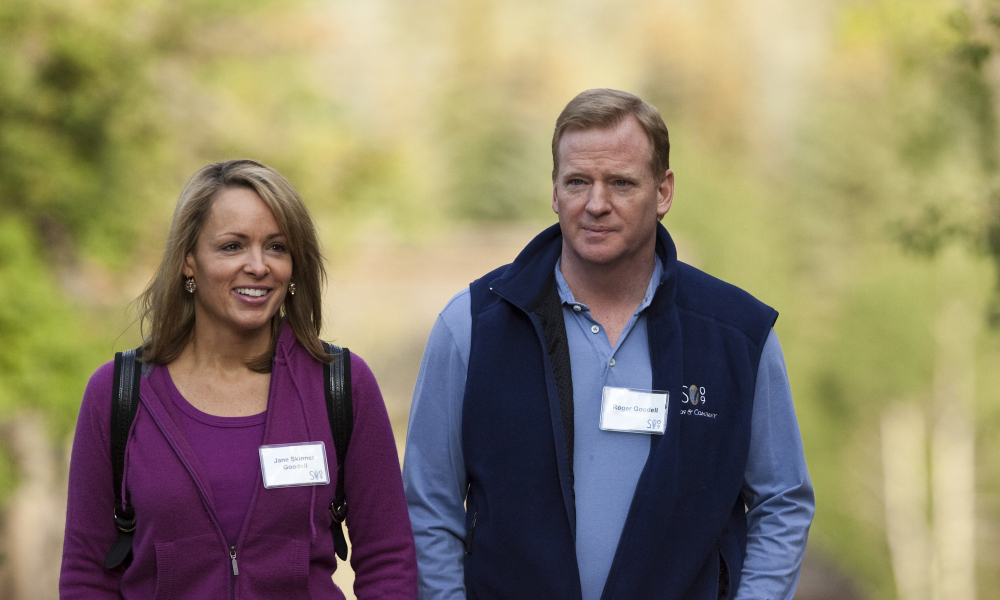 In 1997, Goodell married Jane Skinner, who was a Fox News Channel Anchor. They have twin daughters. Goodell has 4 brothers. Tim is the senior VP of Hess Corporation, Michael who is married to Jack Kenny, creator of ‘The Book of Daniel’, an NBC series, Andy Goodell a number of New York State Assembly.

After his graduation, Goodell started working as an intern for the NFL in 1982. After working there for a year, he joined the New York Jets but returned to NFL to join as an assistant in the Public Relations department. In 1987, he started handling roles of football operation and supervising business functions. At this time, he was serving as an assistant to President Lamar Hunt. He also led and was the Head of many NFL ventures and handled overseas business units which included marketing and sales, stadium handling and development, media coverage, and planning. He also played a major role in the expansion, realignment, and the launch of NFL Network.

Due to his wide range of networking and also being involved in every department of the league after the retirement of Tagliabue, Goodell was one of the candidates for the position of Commissioner. Goodell won by receiving two-third of the majority and was appointed to succeed Tagliabue in 2006. After being appointed as the Commissioner he said that protecting the integrity of the game is his priority and would like to make it safer as well. 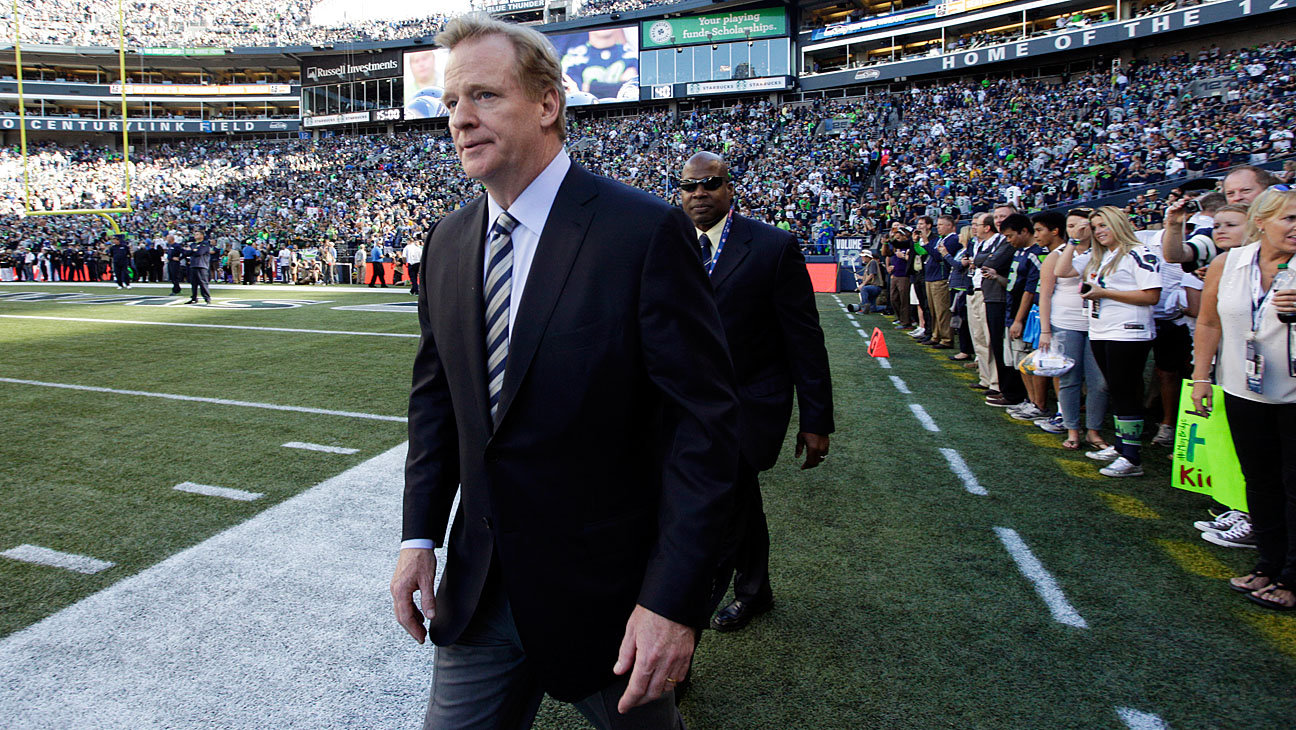 He was involved in various controversies and has received a heavy amount of criticism for some of his actions but the work he did was appreciated. He also received the Outstanding Civilian Service Award for contributing to the US Army and this is the third highest honor for a Civilian.

In his tenure, he introduced a new NFL policy of player conduct. This was introduced after players had been involved in various scandals and players were suspended as well for their inappropriate actions which also involved owning a weapon or drunk driving. Players have also been fined for various reasons. He received a lot of criticism from players stating that he is making wrong decisions towards the players and is also using his power and control in making such decisions.

Goodell is also known for the term NFL Lockout. During this, he called the owners and the committee of NFL. All the teams were called and various topics were discussed with a collective bargaining agreement. In 2012, Goodell came across some illegal activities in the game and showed evidence of the bounty program by players and coaches of New Orleans Saints. In this, players were paid bonuses for knocking players of the opponent team out of the game. Goodell laid out some of the harshest punishments that year by suspending coaches, managers, and many more. 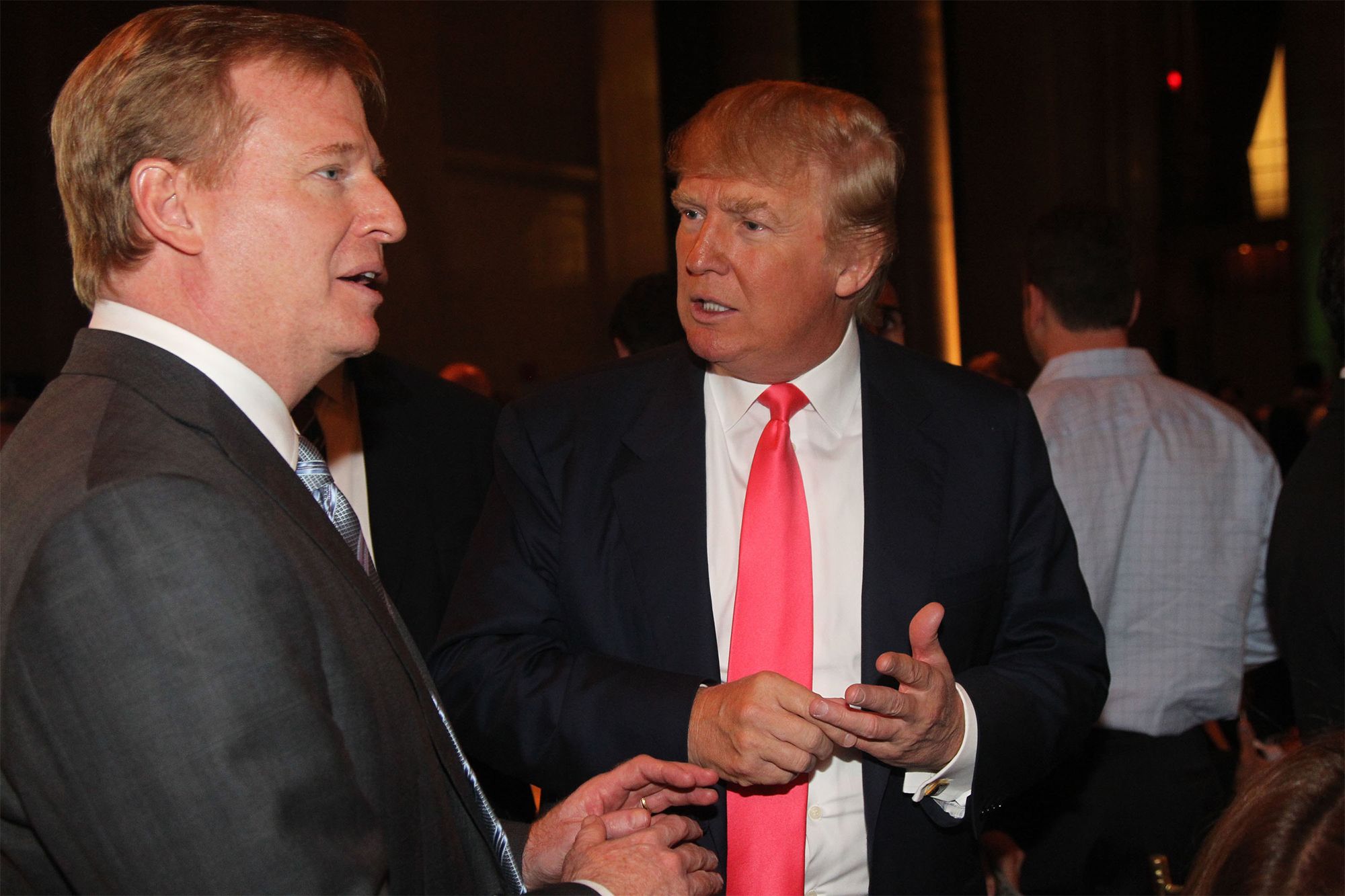 A picture of Roger Goodell with Donald Trump, President of the US.

In 2013, a compensation fund was said to be given to the players who had brain damage or severe conditions. Payouts were said to be made according to their conditions. In 2018, a policy was passed saying all players have to follow the discipline of the national anthem while on the field. If not, they can stay in the locker room. No protest shall be made, otherwise, they have to face punishment for the same.

Roger Goodell’s net worth is around $200 million. His major income is from him being in the position of NFL commissioner. He also earns around $40 million as bonuses and incentives. His 2017 contract has also allowed $50 million annual earnings. Besides this, he has been granted lifetime use of the private jet of NFL for him and his family.