Rick and Morty is a critically acclaimed adult sci-fi cartoon show, which is created by “Dan Harmon” & “Justin Roiland”. The show 1st started airing on 2nd December 2013, and upon its release, the show met with critical acclaim, critics praised its unique and wacky storylines and also its humor. The show tells the story of a mad maverick scientist “Rick” and his grandson “Morty”, together they both embark on various interdimensional and intergalactic journeys.

The show Rick and Morty had a very interesting beginning. Every month in Los Angeles, a short film festival takes place. Where various participants submit a short film, which is then presented in front of a wide audience, who give their verdict regarding whether or not this short film should be made into a series. It’s where one of the show’s main creators Justin Roiland started submitting some of his earlier works.

Most of his short films were “slick” & “twisted” in nature, which left the audience with mixed opinions. But it was Dan Harmon (the 2nd creator of Rick & Morty) who liked Roiland’s works. And since then the duo has collaborated on several projects. But it was Roiland who first introduced the idea of Rick & Morty to Harmon.

Both of them worked really hard for this story. The 1st draft and the pilot episode of Rick & Morty were written in a small office. Both of them worked like hell, and within 6 hours, they completed the story and submitted it to the studio.

Well, after a long wait, the 6th season of Rick and Morty has finally started airing, and recently its 6th episode was released. While the fans of the show are eagerly waiting for its 7th episode. And for those fans, we have got everything covered up regarding episode 7’s plot, release date & streaming guide.

Episode 6 of Rick & Morty season 6 follows the arrival of an advanced civilization of dinosaurs, who land on earth and claim that before humans, it was their species who lived on earth, so earth belongs to dinosaurs. These dinosaurs are nothing like the dinosaurs we have read about, they are smart, intelligent, and highly advanced.

But our government agrees with their demands and hands over the control of the earth to them. Soon these dinosaurs create a utopia on earth by removing all the work and responsibilities from humans. But this disrupts the balance on earth. And the president gives Rick a chance to host the upcoming academy award show if he successfully manages to send these dinosaurs away. In order to gain more knowledge about these dinosaurs, Rick travels to the planets where these dinosaurs once lived and learn that all these planets have been destroyed by sentinel asteroids, who specifically want these dinosaurs to be dead.

Rick returns to earth and reveals this information to the world, and if these dinosaurs don’t leave earth, an asteroid will definitely destroy our home planet. And instead of using violence and refusing to leave, these dinosaurs chose human lives over there and decided to leave earth. And as promised by the president, Rick gets the chance to host the Academy Awards but soon gets the news that the dinosaurs are on Mars waiting for the sentinel asteroid to come and destroy them.

After hearing this, Rick travels to Mars and inspires them to act for their own survival and destroy the asteroid. Ultimately the dinosaurs are saved, and Rick returns back to earth, where he fixes his portal gun. This ensures that now Rick and Morty can again start their wacky inter-dimensional journeys. 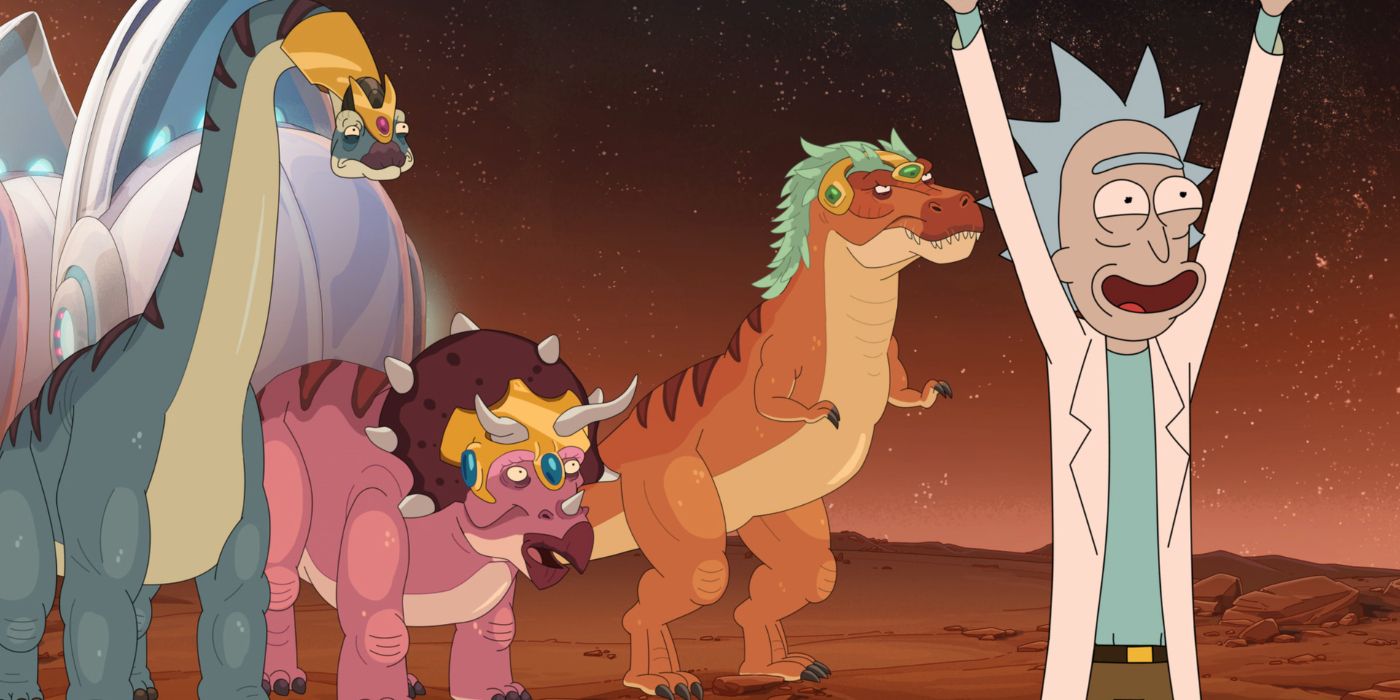 In season 6, episode 7 of Rick & Morty, we will see Rick & Morty thinking back in time, recalling some of their craziest adventures to date, which ultimately leads them against one of the biggest enemies of their past.